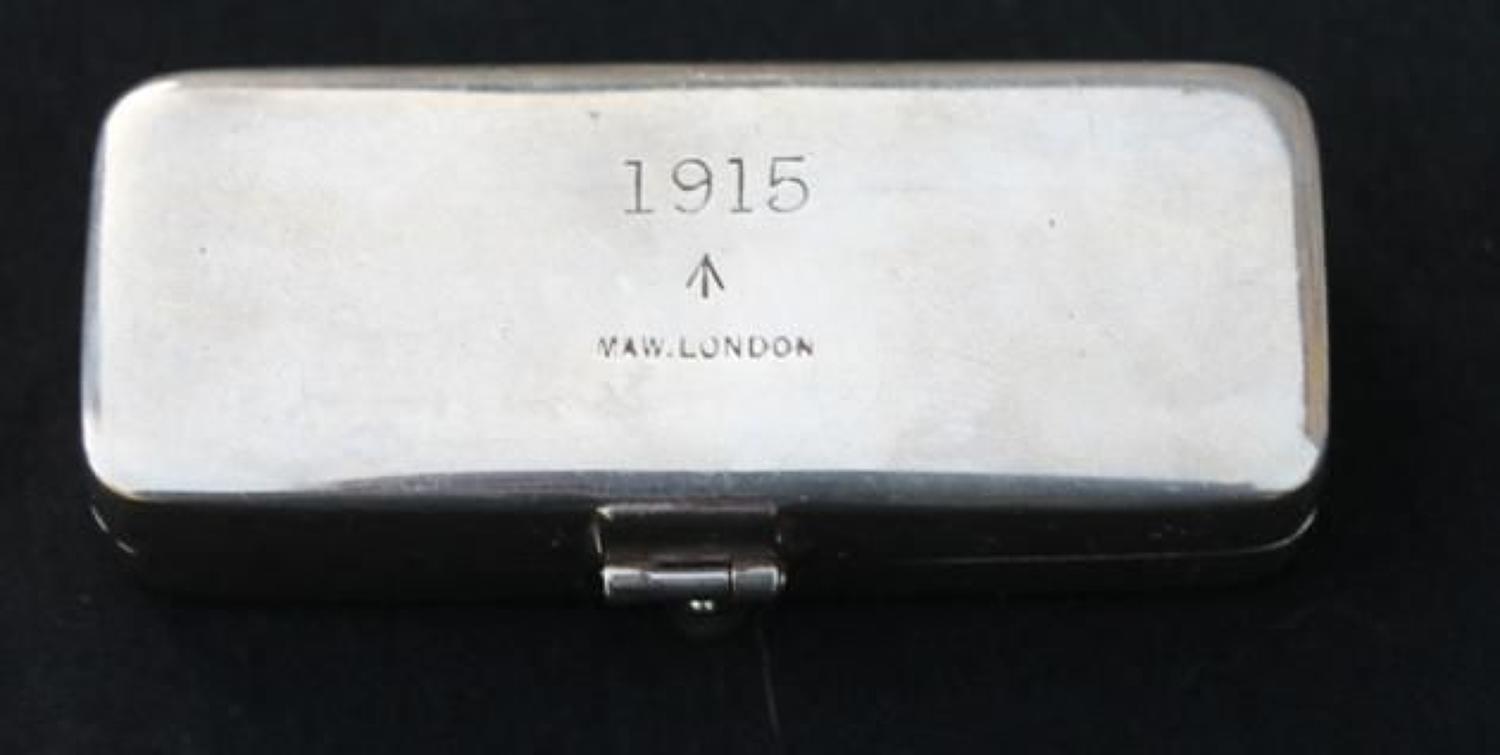 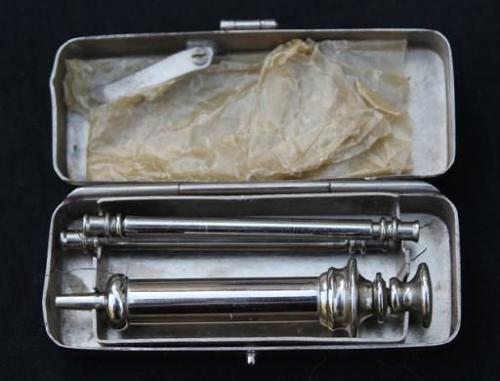 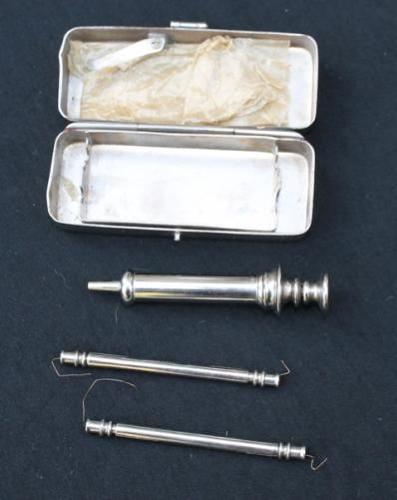 An impeccable example of the standard syringe as carried by every RAMC officer in his medical bag.

The example is in its broad arrow stamped carrying case, which also bears the date "1915" and the makers details "Maw London"

The case contains the syringe itself, and two spare needles in thier transit tubes. The lid has a retaining clip which would have held pain relief capsules, which are now gone.

An impossible to upgrade example.