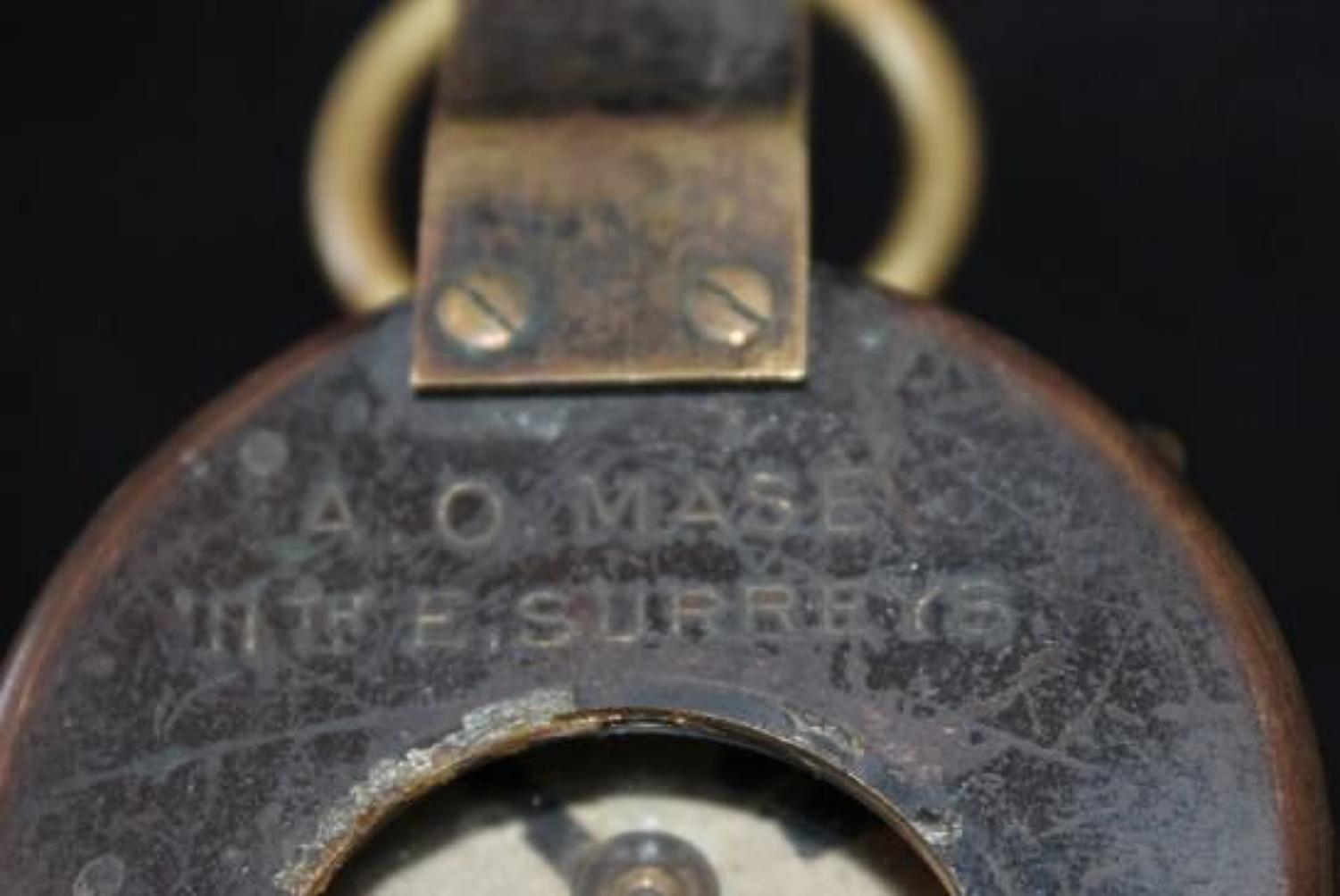 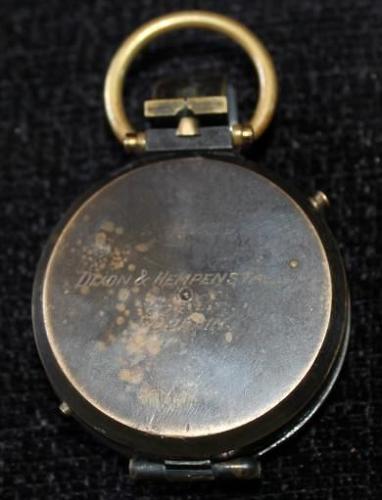 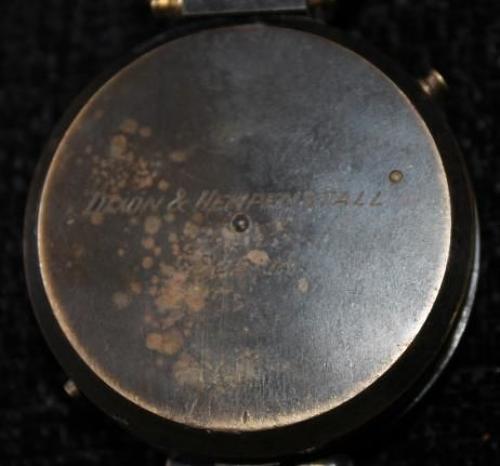 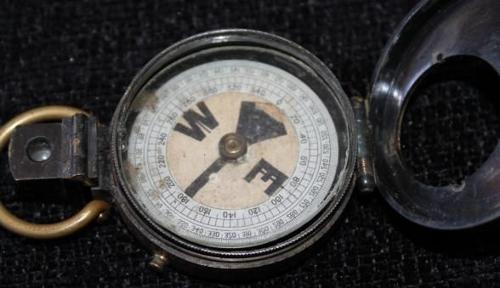 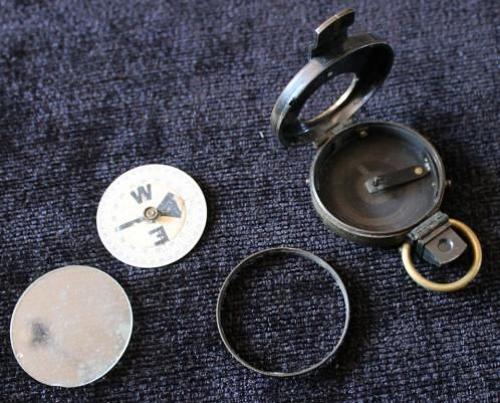 A named example, for restoration.

Lieutenant Arthur Owen Mase, who served with the 11th East Surrey Regiment, and the Rifle Brigade. He was also called up again for WW2 in Novemeber 1940, army number 86918.

Maker marked "Dixon and Hempenstall" who retailed from 12 Suffolk Street, Dublin, and were described in a trade directory from 1914 as "State opticians and mathematical and scientific instrument manufacturers. Specialities: optical, engineering, meteorological and photographic goods."