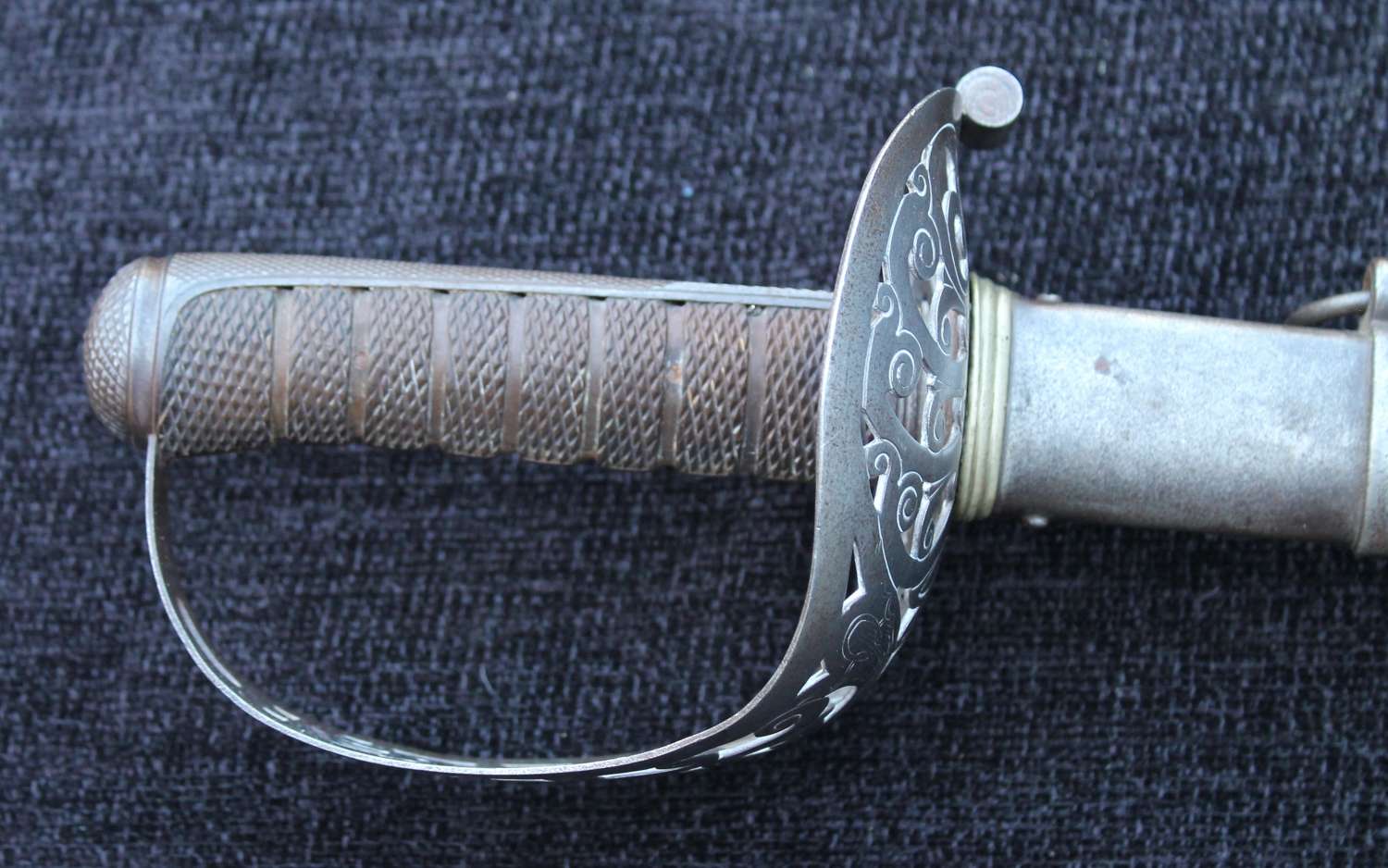 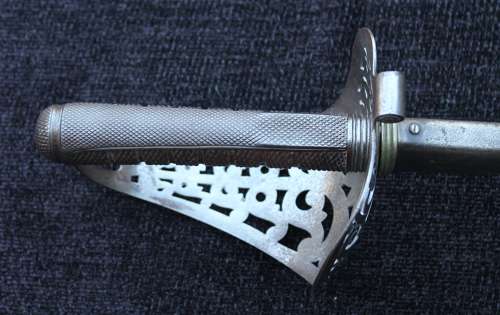 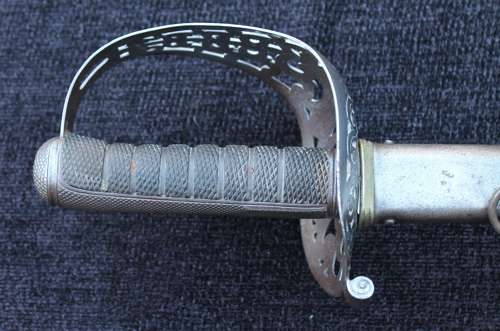 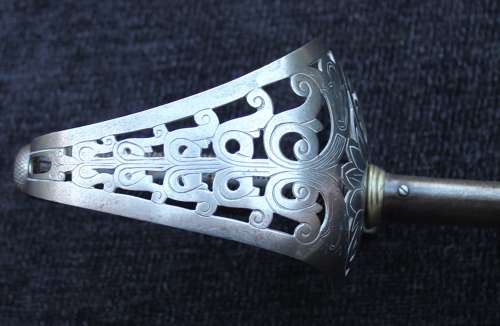 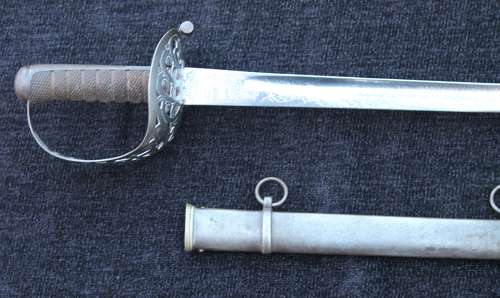 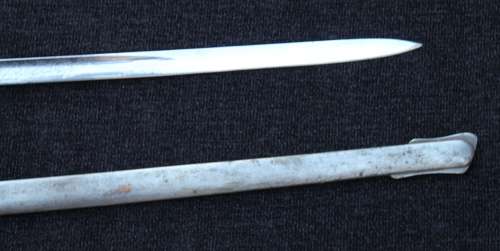 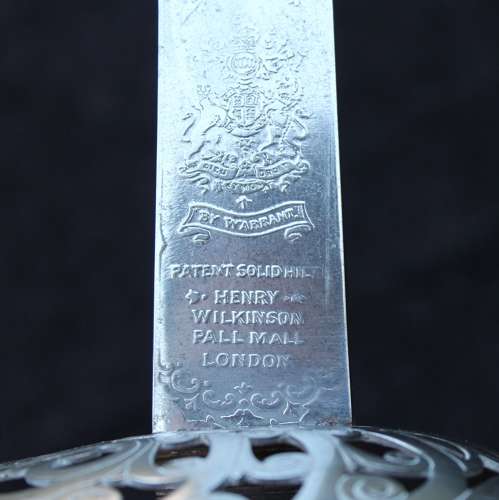 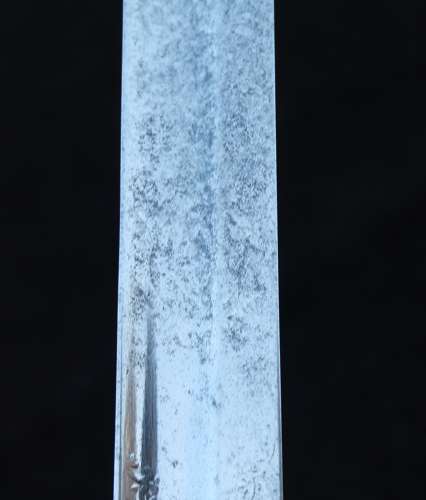 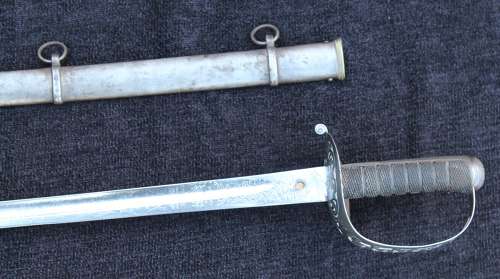 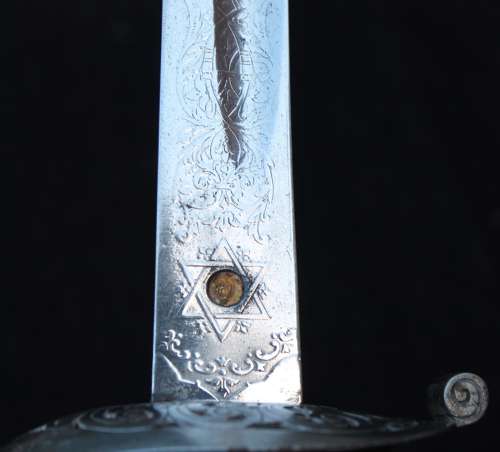 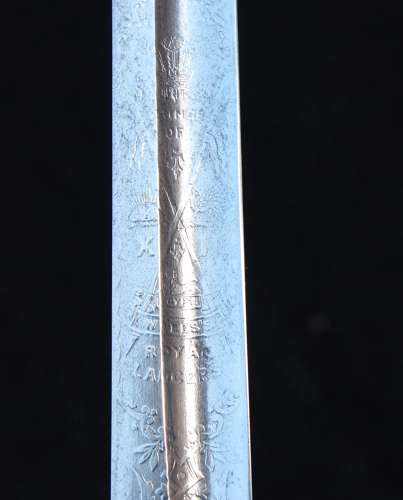 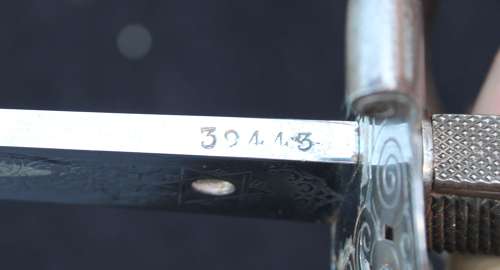 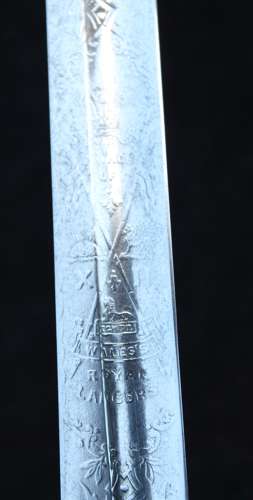 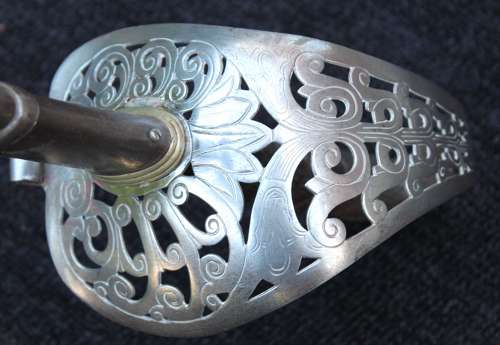 He served with the 12th Lancers during the Boer War, and during the Great War with Northumberland Yeomanry, and latterly the RAF.

He was gazetted into the Yeomanry, Northumberland (Hussars) on 7 December 1898 transferring to the 12th Lancers on 5 May 1900 to fill the vacancy caused by the death in action of 2nd Lt. David Johnstone Keswick.

Granted a commission in the R.A.F. as a Lieutenant (Hon Captain) on the 3rd of April 1918.

Transferred to the unemployed list, R.A.F., 9 June 1919, reverting to service in the Northumberland Hussars Yeomanry on the Reserve of Officers.

He was awarded The Territorial Decoration on 8 April 1924.

His brother Florian became served during WW1 with the Northumberland Fusiliers, disembarking at Gallipoli in June 1915. He was promoted as a Lieutenant-Colonel and awarded a DSO.

The 35.5 inch, single fullered blade, by Wilkinson Sword, Pall Mall, London. Decorated with the regimental badge of the XII Lancers, along with the words "The Prince of Wales Own Lancers" royal coat of arms, a panel cotaining the owners overlaid initials, along with the usual floral etching with crowned ERVII cypher. The blade very clean and bright, with some wear to the right hand side of the blade, particuarly the owners initials. It has been service sharpened.

Housed in a steel dress scabbard with twin hanging rings. Grubby and with surface rust, but should clean up very nicely.

Supplied with a digital copy of the Wilkinson Proof Ledger page for this sword, confirming the original owner.