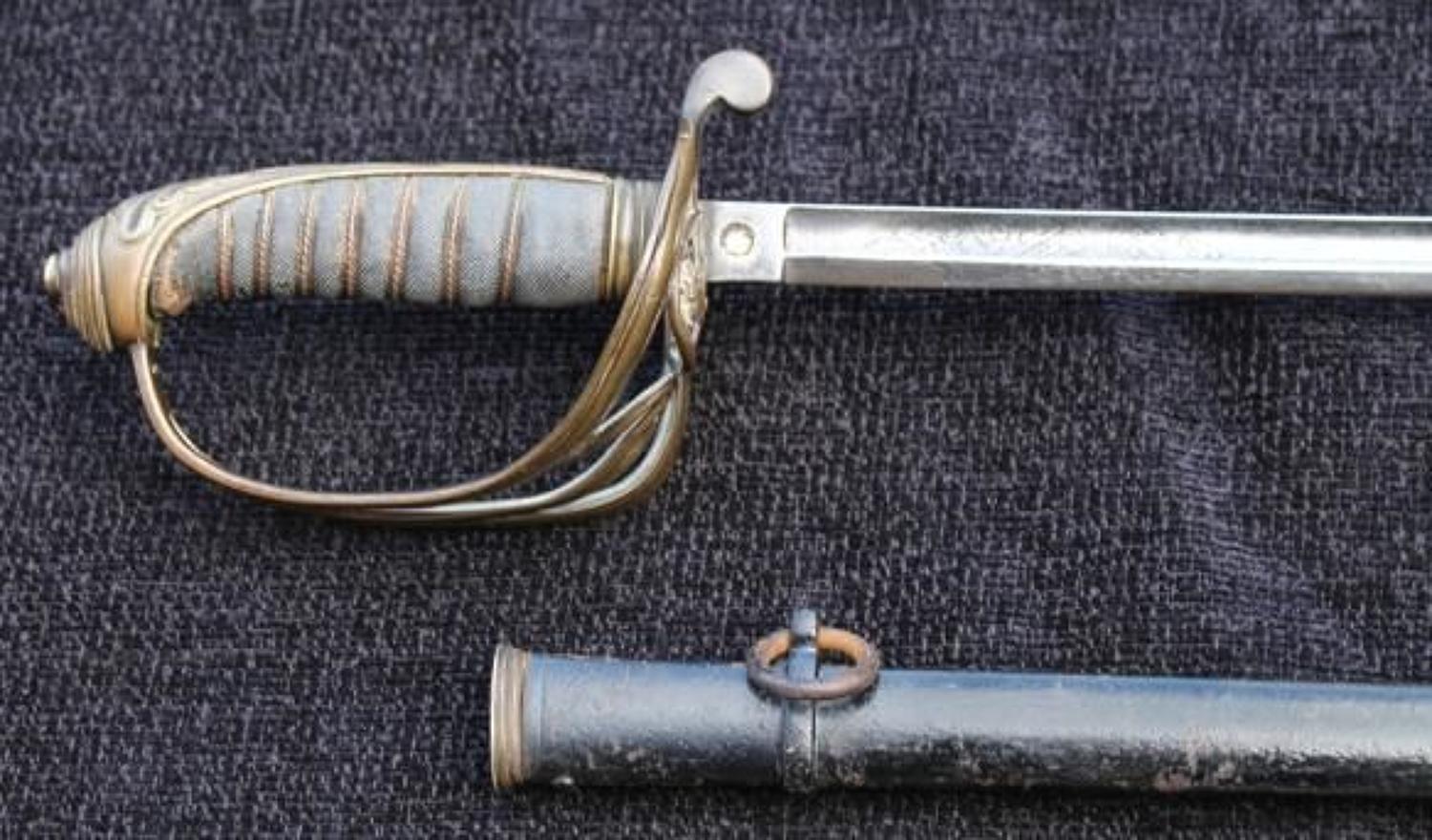 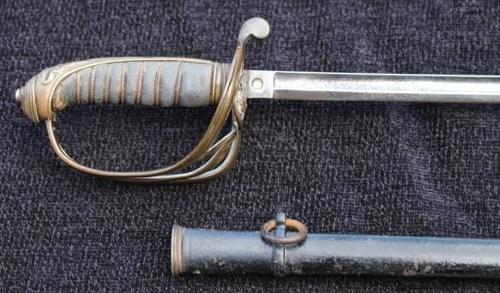 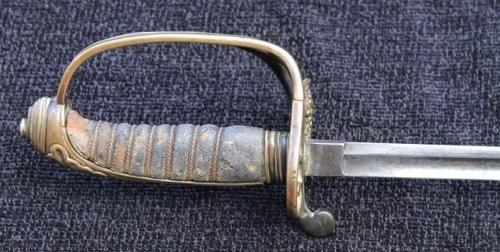 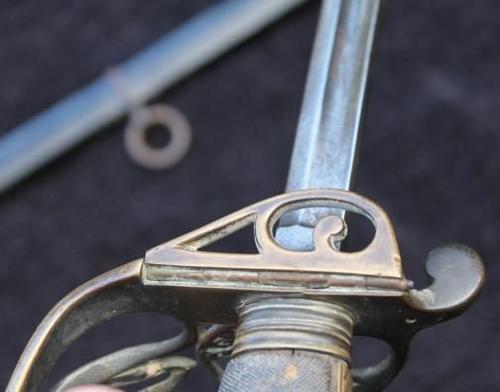 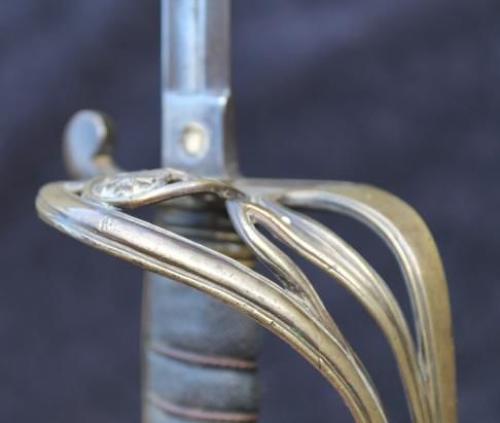 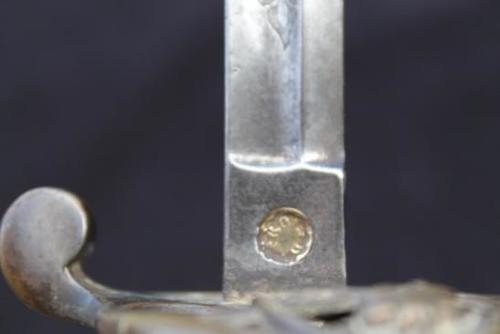 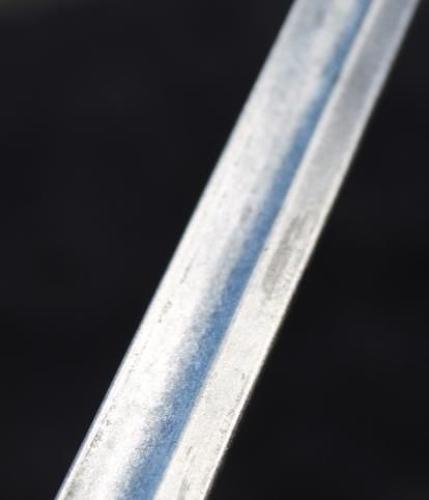 An unusual piquet weight sword, with folding guard, which has a plain blade, proof slug but no makers markings, with a floral etched banner showing the name "J.D.LYSAGHT"

The sword housed in a steel scabbard with two loose rings and a loop, which has been japanned black. Blade in good condition but in need of a clean. Etching clear and bright. Guard slightly misshapen but could be corrected without too much effort. Folding guard functions correctly and crisply. Some loss to the right side of the shagreen grip.

Generally a solid untouched sword which would benefit from some TLC to improve its appearance.

Brief research into J.D. Lysaght reveals the following, much more to be done by the next owner.

Commissioned into the 35th Foot and transferred to the 66th Foot in 1869.
Ensign James Douglas Lysaght 17th November 1869. 66th Foot