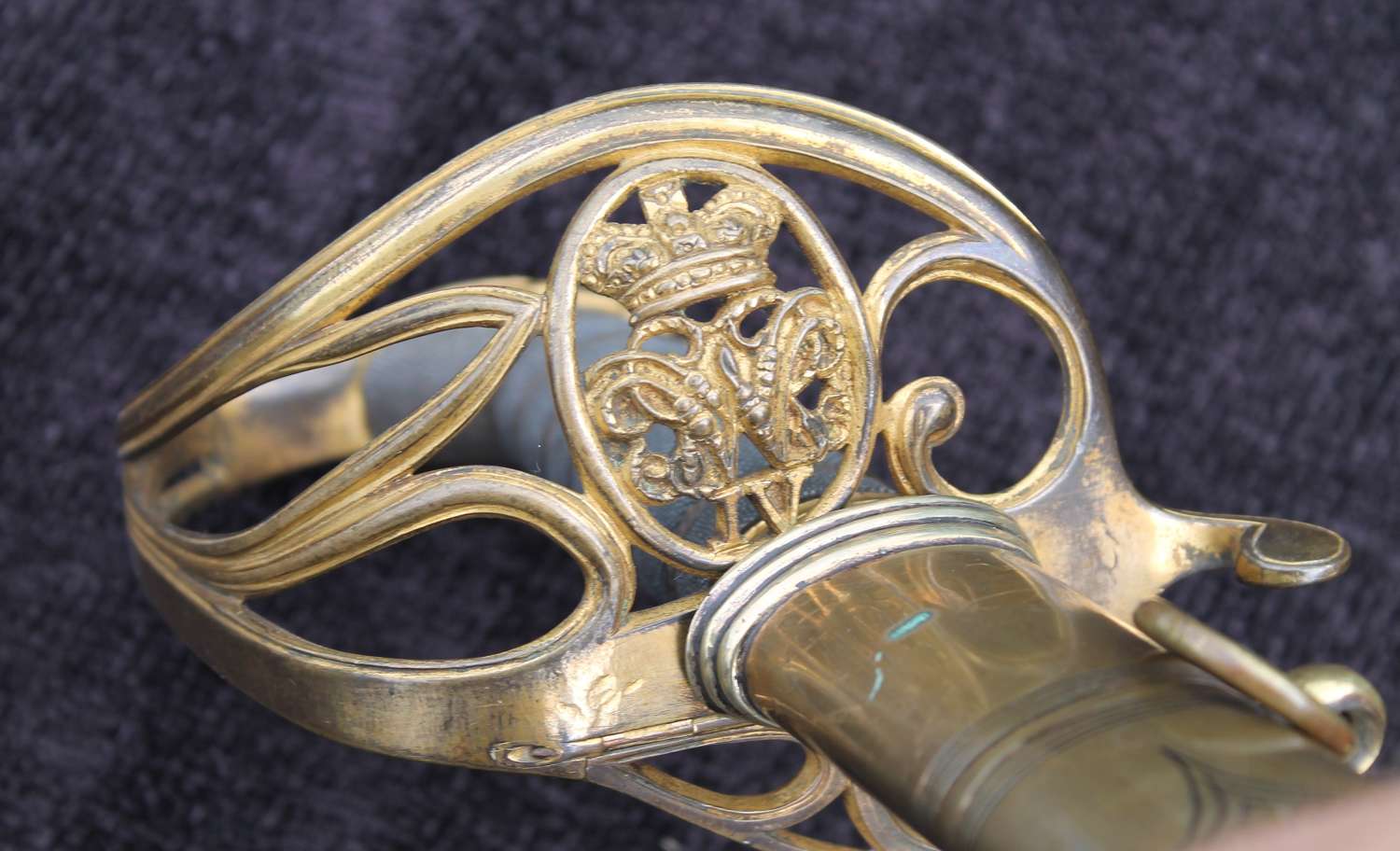 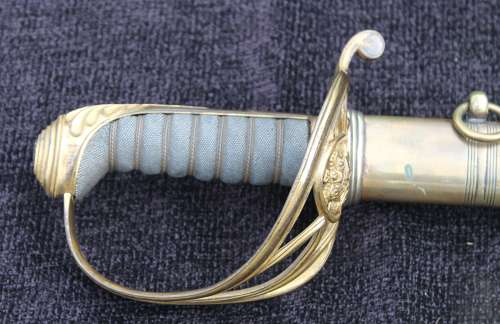 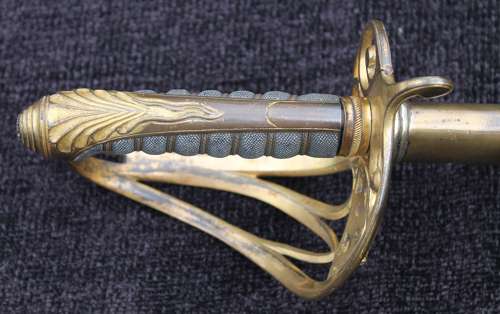 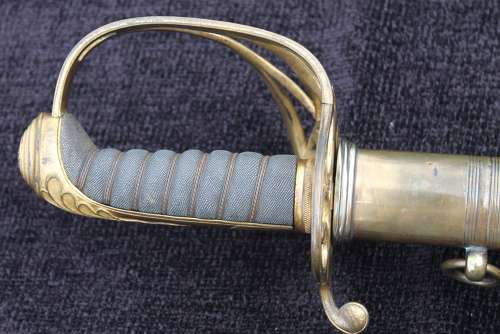 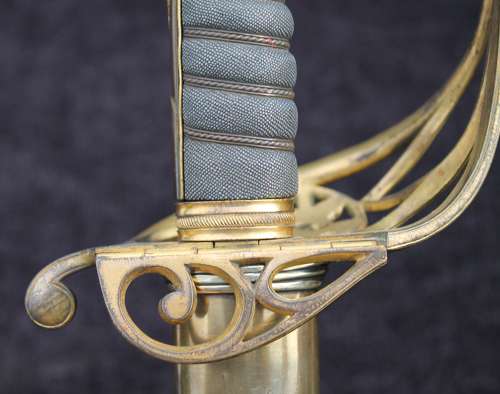 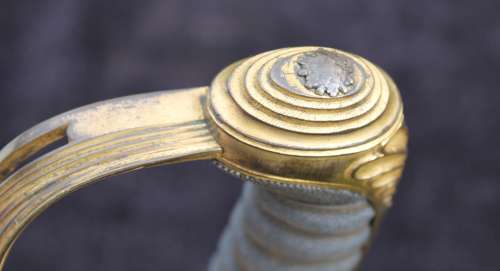 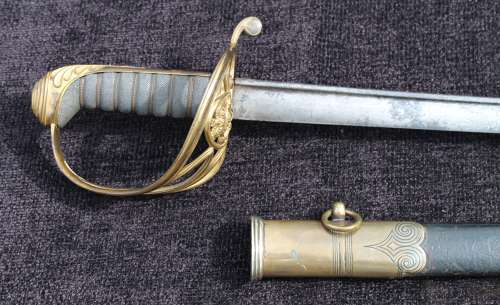 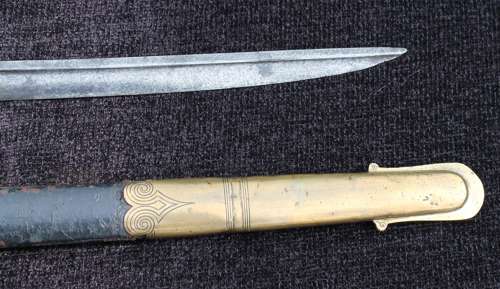 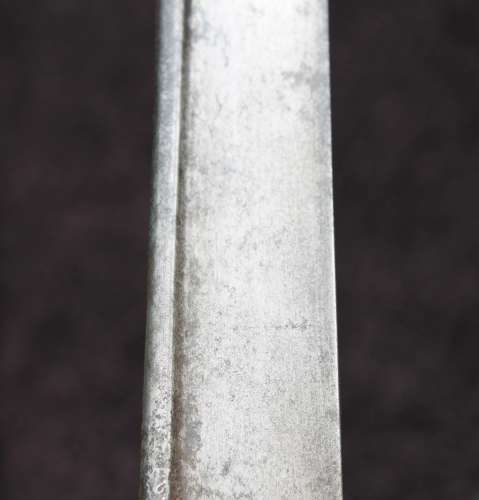 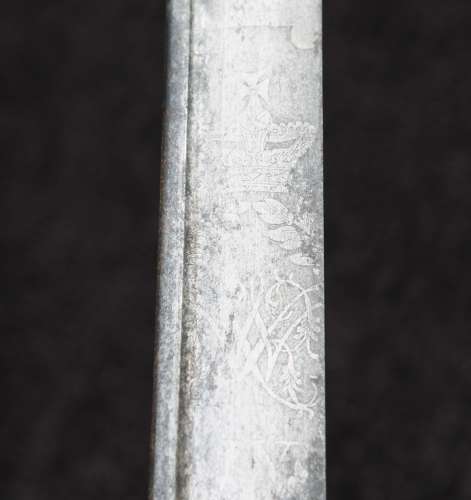 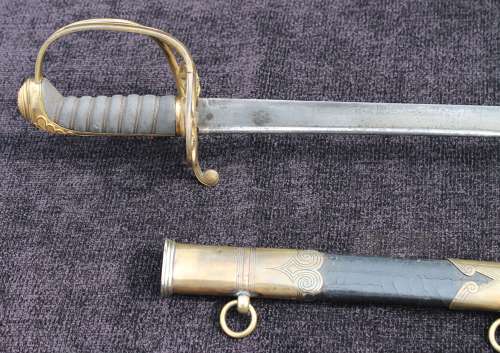 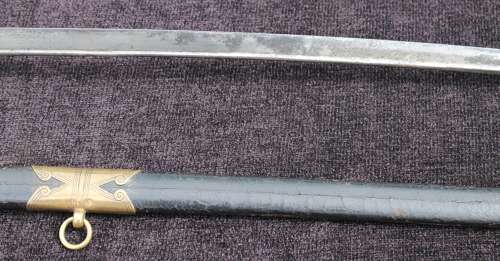 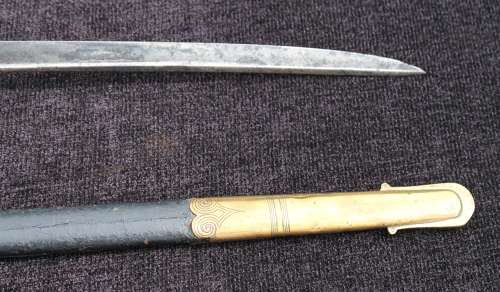 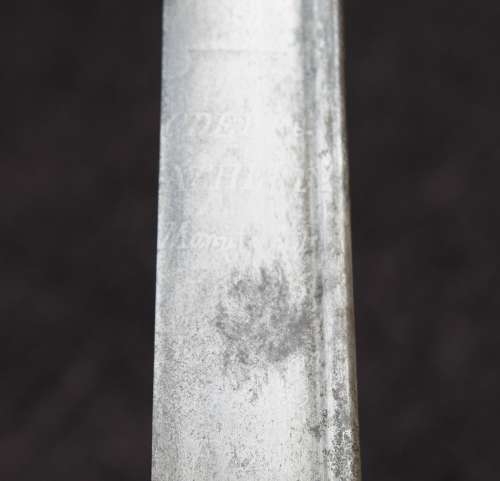 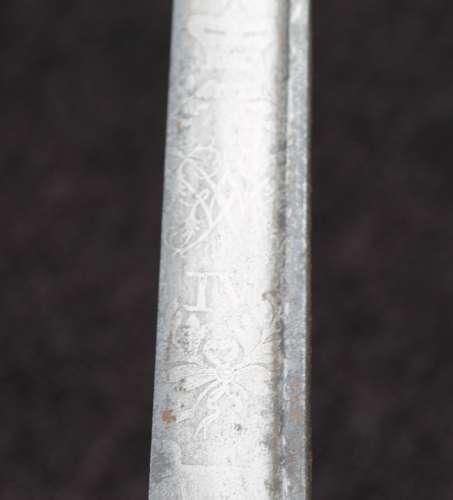 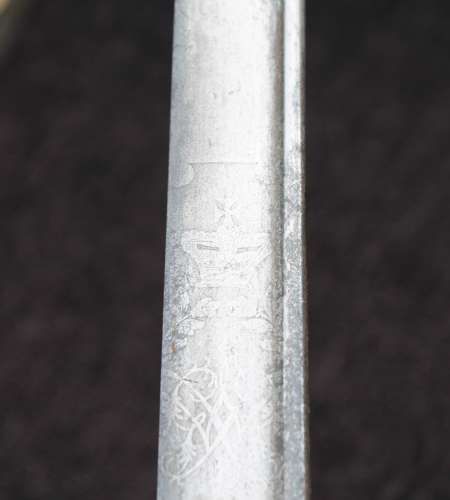 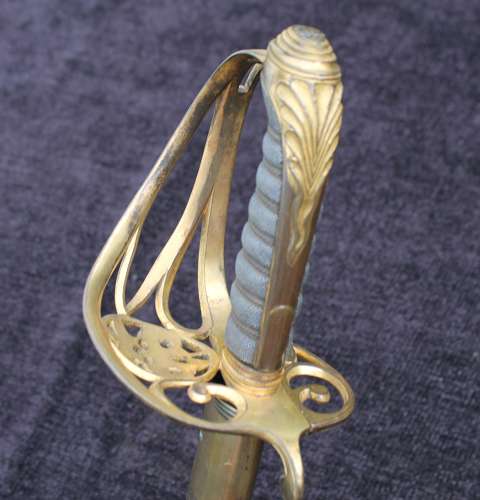 A good, untouched, and quite scarce example of a William IV (1830/37) 1822 pattern infantry officers sword.

The 1822 pattern gothic guard retaining an unusually high proportion of its gilt finish. It also has the benefit of all of its shagreen grip and its twistwire binding remaining intact. The folding guard is present and fully functioning with plenty of "snap" in the spring. No deformation to speak of, which is unusual in this pattern.

The pipeback blade made by O'Dell & Atherley, Manufactuer 71 & 72 Burlington Arcade. Only the first three words are clearly legible. The blade is marked on both sides with the crowned WIV cypher. The blade terminates in a clipped point, which carries some light pitting. The whole blade would benefit from a careful clean an polish to bring out the best of the etching.

The scabbard is unusual, in having a solid core of wood, rather than just brass mounted leather. I suspect the officers who carried this sword realised the flimsy nature of the leather scabbard on campaign, and had this comissioned instead.

Overall a good untouched example, with room for improvement, which was carried by a serving officer. Decent WIV 1822 patterns aren't easy to come by.