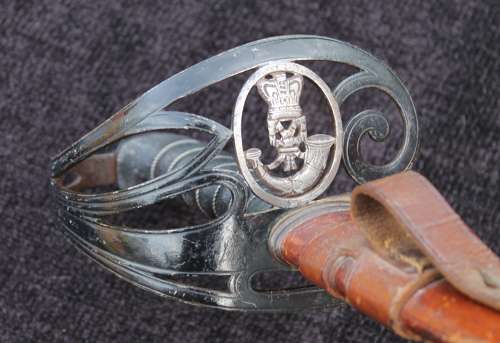 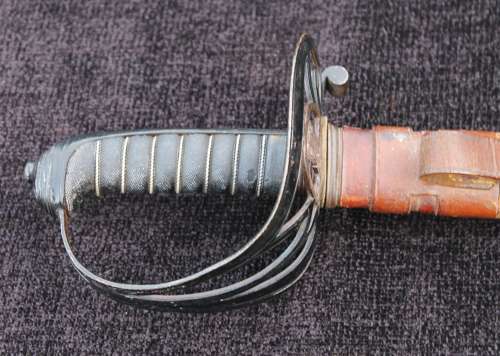 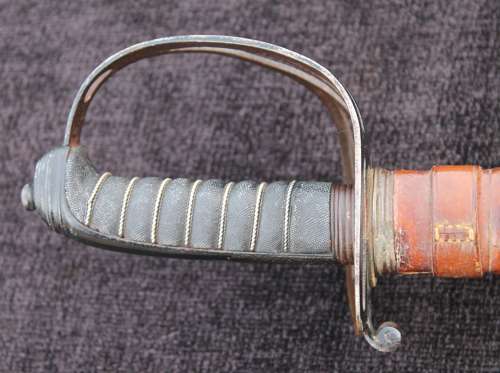 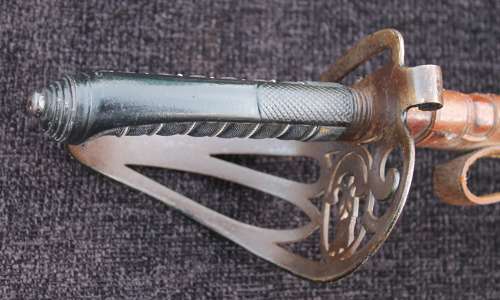 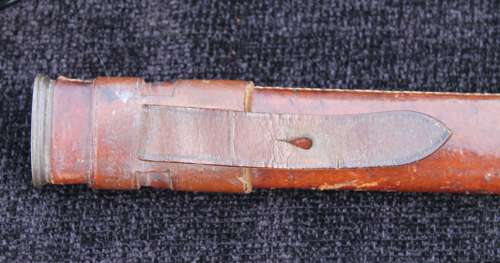 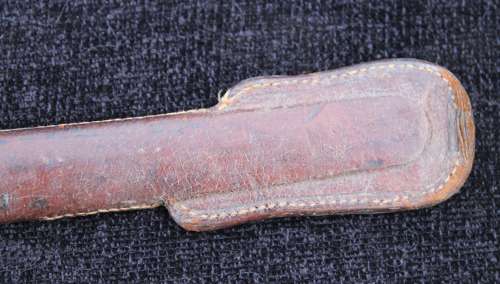 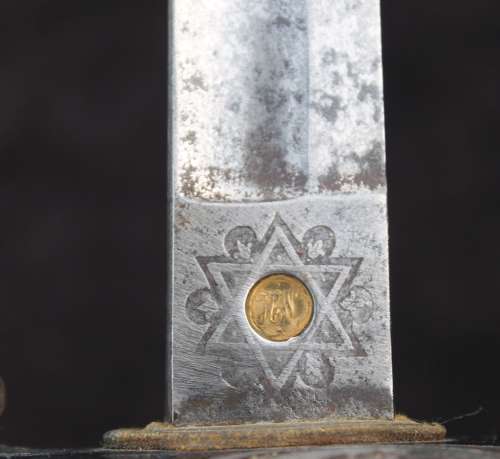 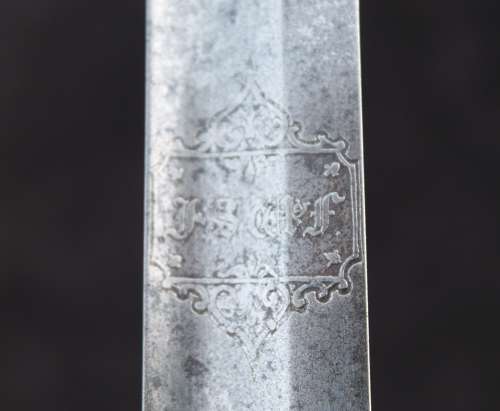 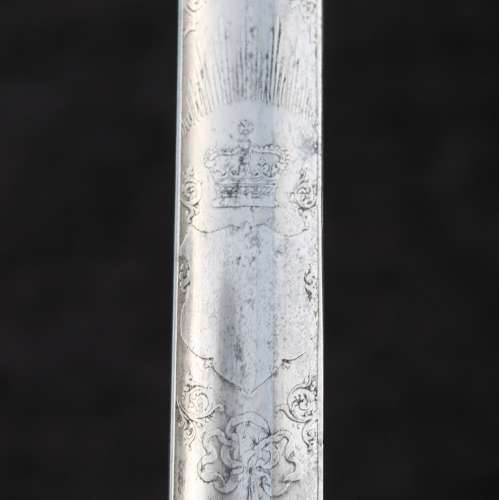 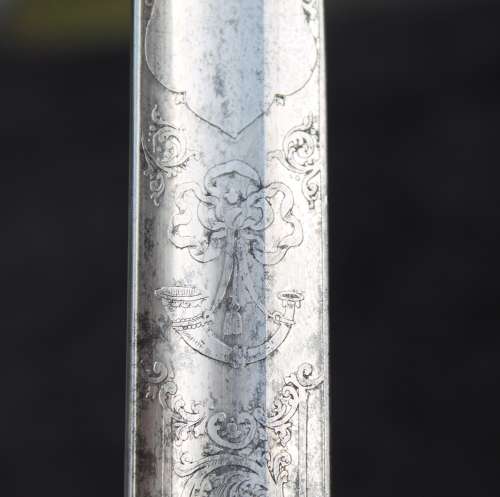 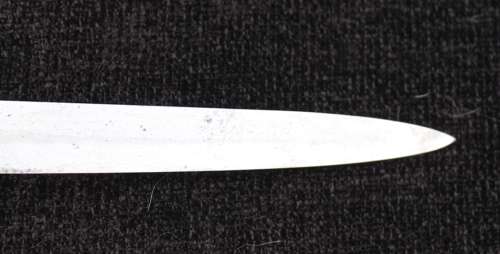 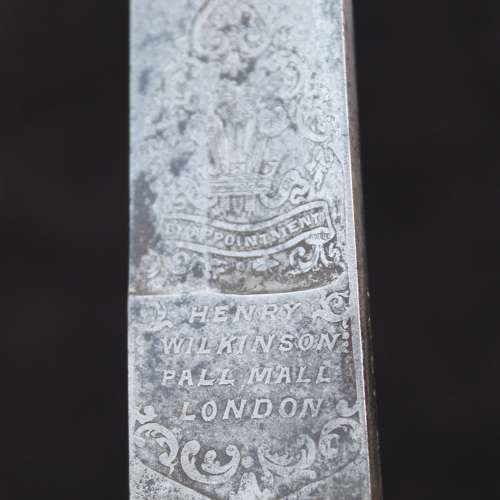 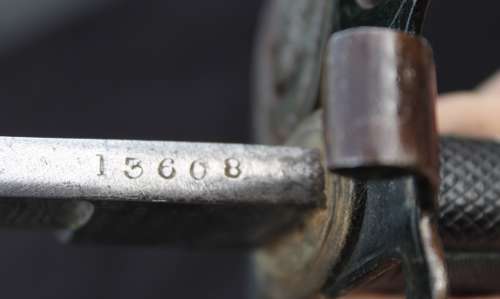 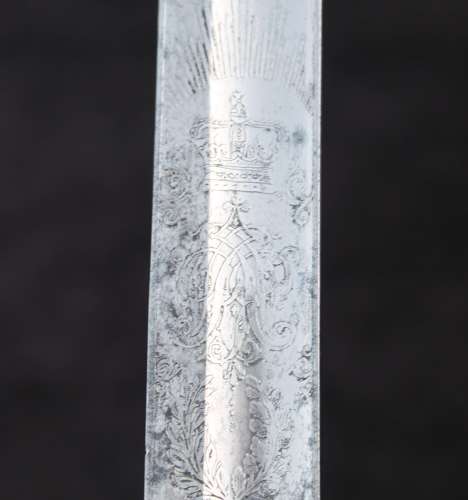 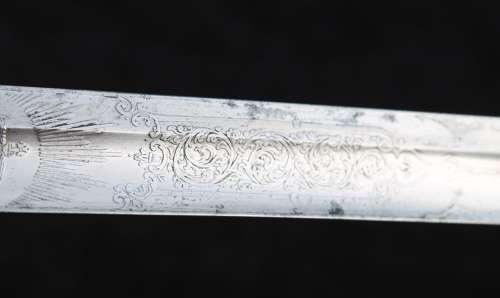 After attending Radley College and Sandhurst, Wynne-Finch was first commissioned as an Ensign in the 53rd Regiment, before purchasing a commission in the KRRC in 1864. He served as Aide De Camp to the Lord Lieutenant of Ireland.  He transferred to the Royal Horse Guards in 1875.

His father, Charles Griffiths Wynne-Finch served as the MP for Caernarvon. His brother, Charles, served as a Lieutenant Colonel in the Scots Guards.

This sword was sold by Henry Wilkinson and Son on the 12th of January 1865 to “Wynne Fynch Esq”.

Regulation single fullered 32 inch blade with Wilkinson makers marking and proof slug to either ricasso. Above the proof slug in an etched panel are the initials “J.S.W.F” There is also a strung bugle, crowned VR cypher and the standard foliate engraving. The blade is numbered to the spine 13608, and etched with a centre of percussion marking.

The blade is generally bright with fully legible, clear etching. It has a good amount of original polish, as well as areas of scattered light staining.

The guard, back strap and pommel have had black paint applied, leaving the crowned strung bugle device bright. This is not something I have encountered before, but makes for a very attractive hilt.

The hilt and blade are solid with no movement.

The unusual combination of features on this sword lead me to believe that the young Lieutenant Wynne-Finch took his swordsmanship very seriously and wanted a weapon which he could depend upon. A serious and attractive sword.