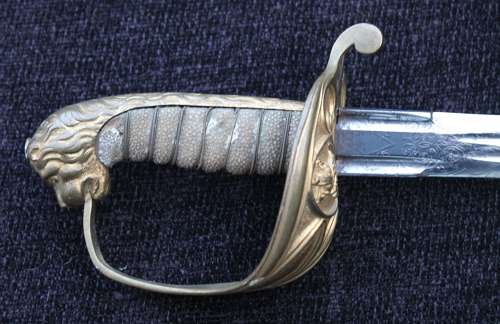 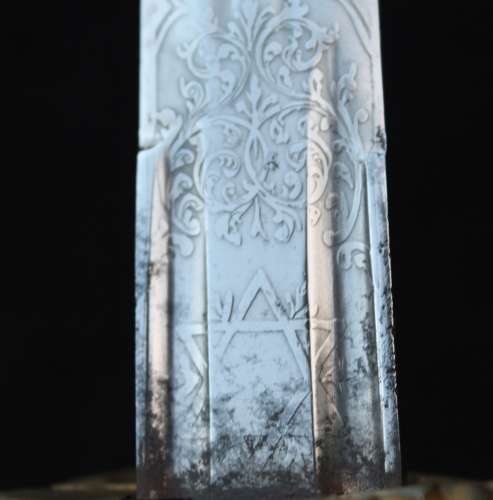 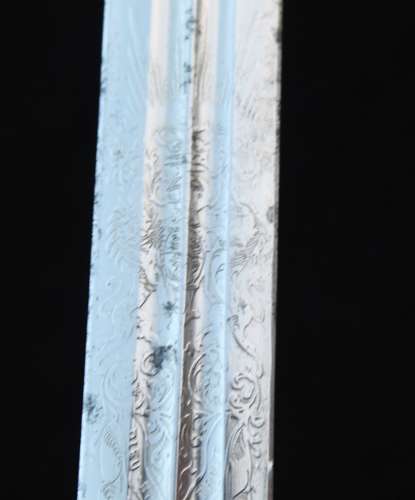 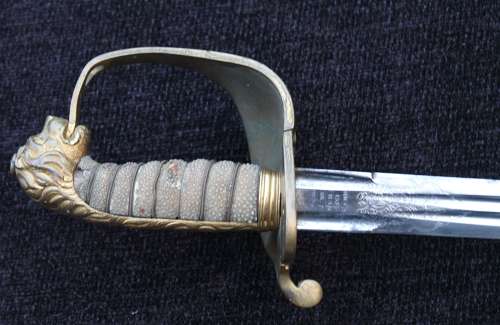 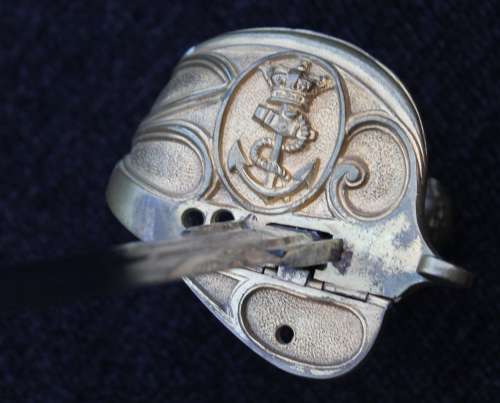 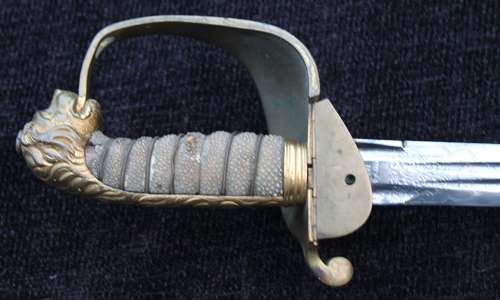 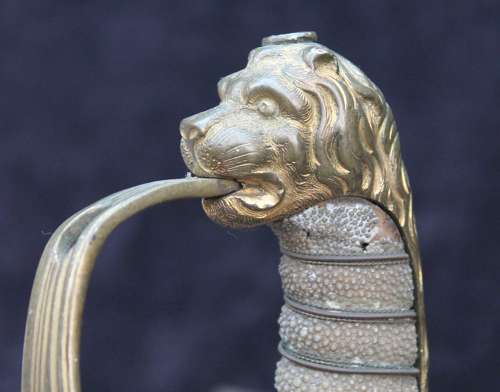 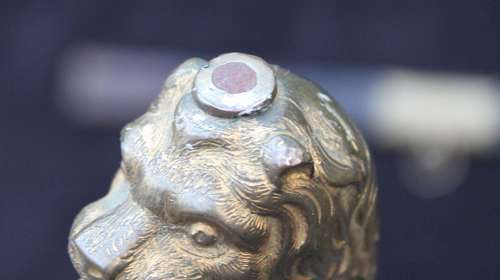 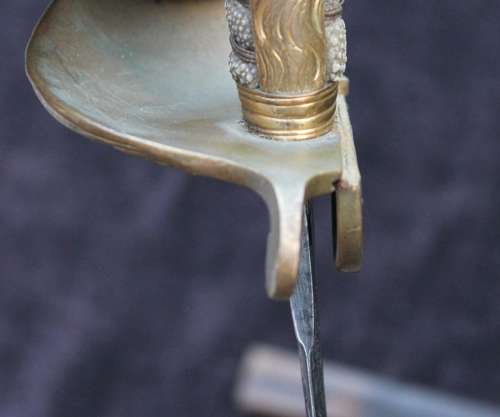 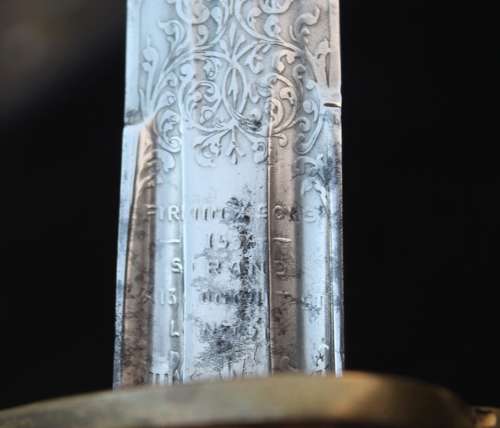 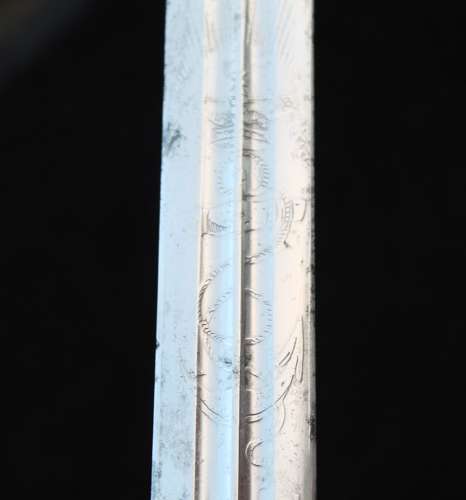 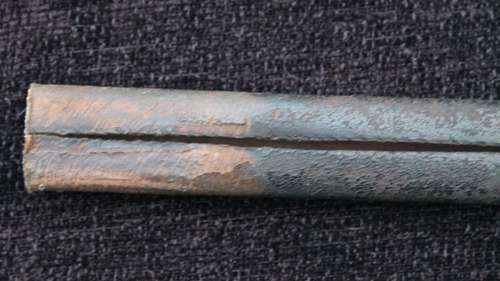 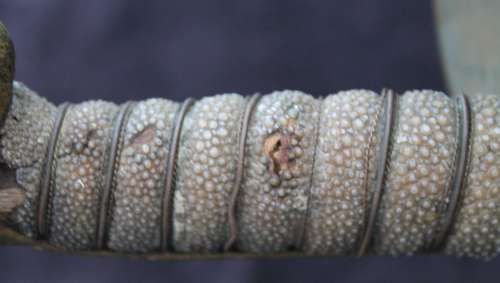 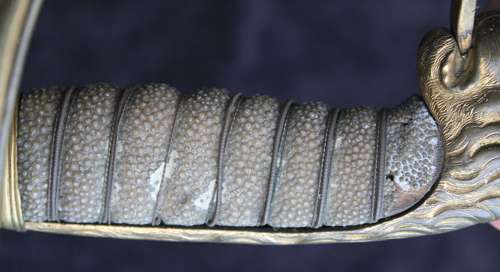 An 1827 Pattern Naval Officer’s Sword incorporating a ‘claymore’ blade, which although non-regulation was fashionable with well heeled Royal Naval Officers in the 1870’s and 1880’s.

The blade etched with makers name "Firmin&Sons, 153 Strand,& 13 Conduit Street, London. (Firmin operated with this combination of addresses until 1875)

Blade is well etched with a Victorian Queens crown, the royal arms and crowned fouled anchor.

Regulation solid gilt brass hilt with a well defined lions head pommel. A good amount of gilt remaining in the sheltered areas. The white rayskin grip is largely complete but does have some areas's of loss. It is  bound with copper twistwire which is mostly complete, but loose in some area's.

The folding guard is present and functioning correctly, with no slackness.

Black leather scabbard with gilt brass mounts, the top of which is now absent. The central band with suspension ring.

The blade with some dark staining and minor pitting, towards the point. Generally bright overall with clear etching. The blade does have a minor bend, which wouldn't be difficult to correct.

Generally a very nice example of this more uncommon variation, which has great potential  for improvement, and is priced with its flaws in mind.