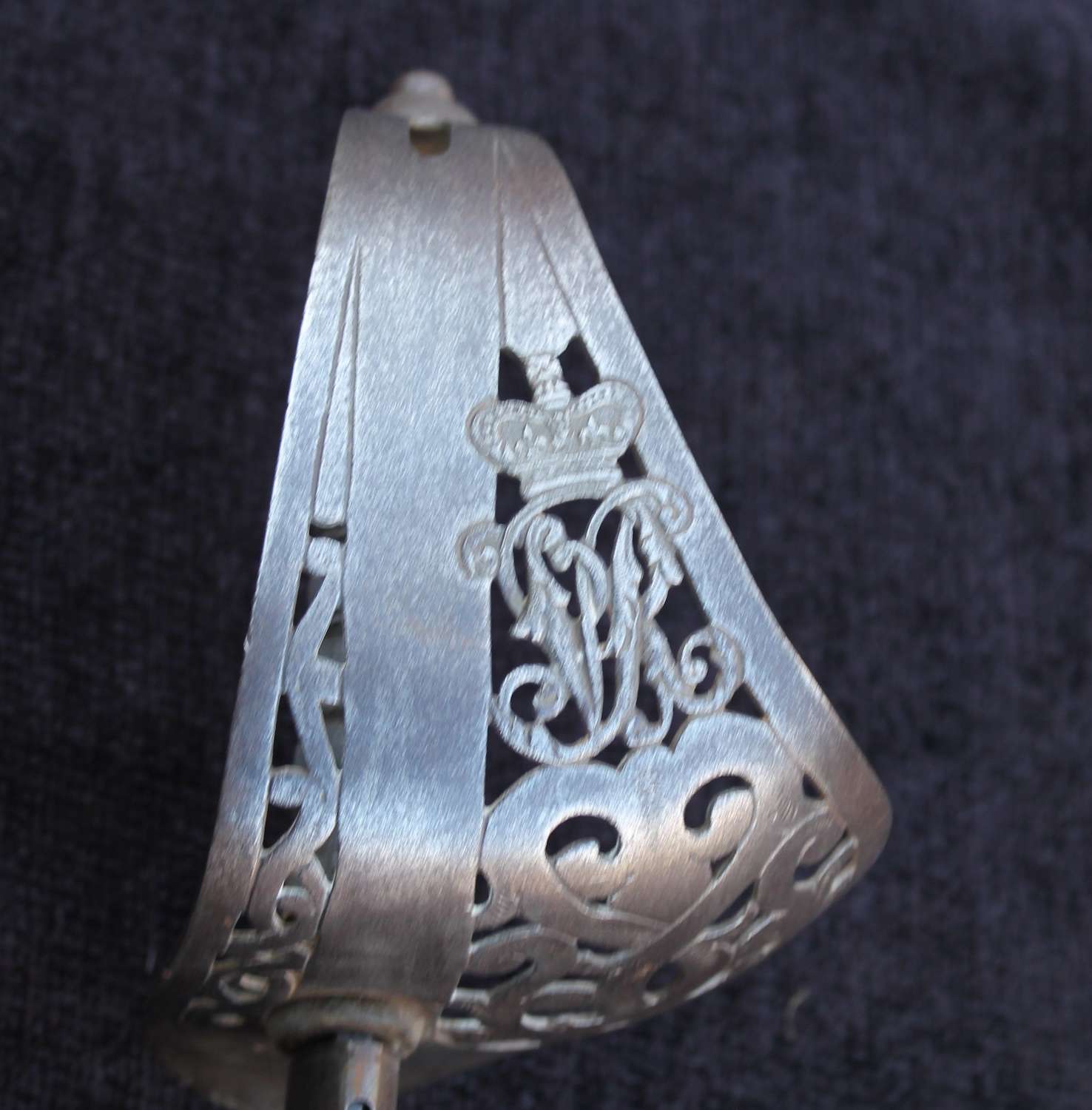 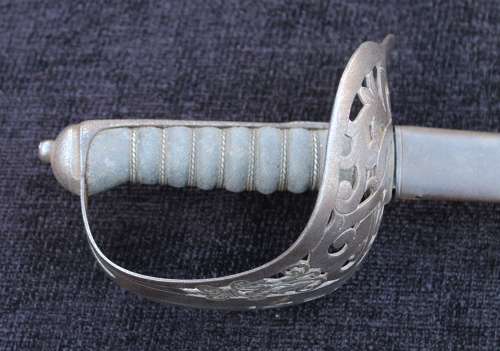 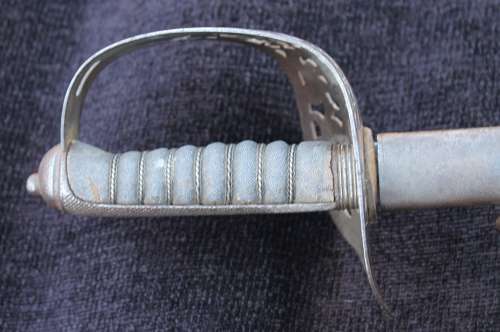 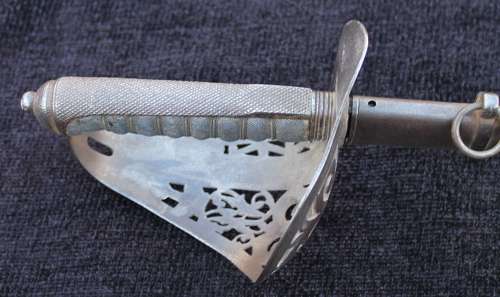 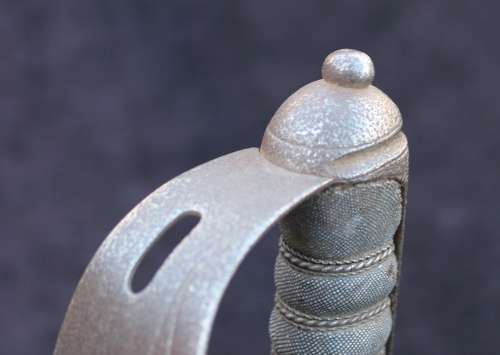 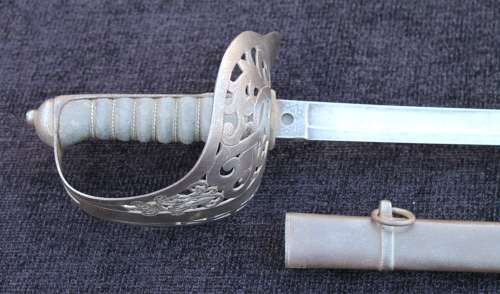 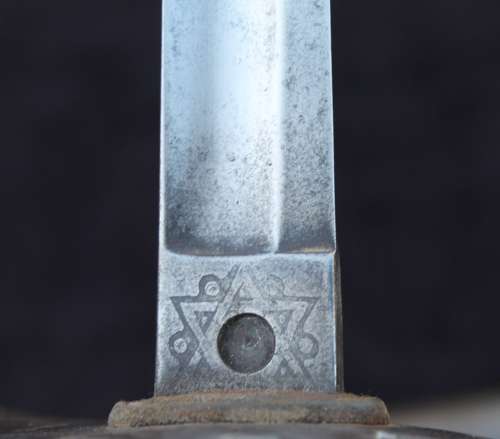 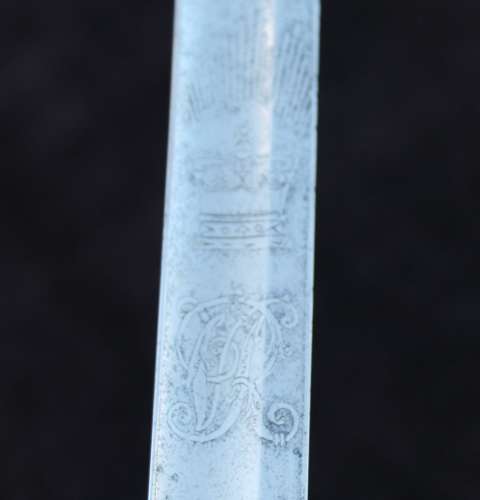 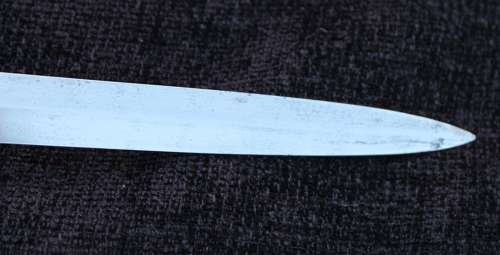 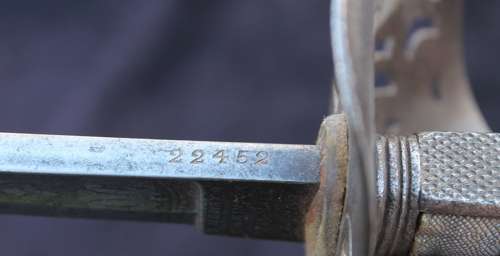 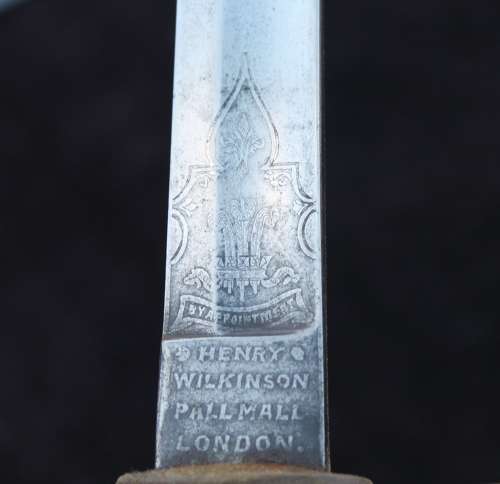 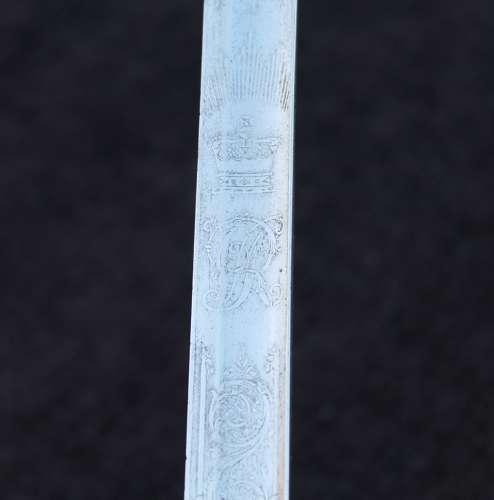 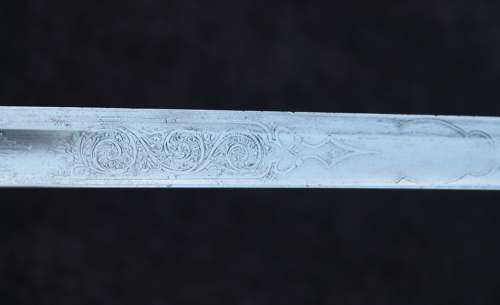 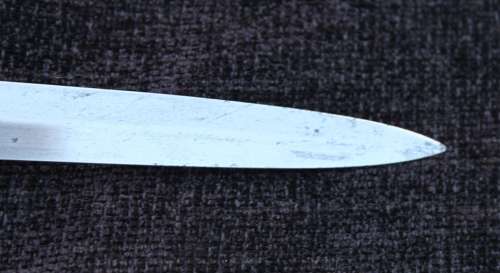 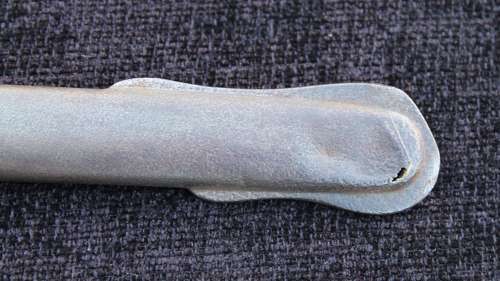 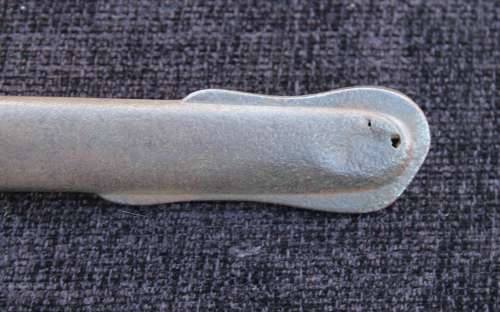 Francis Gerakd Kenyon-Slaney, was born on the 7th of Novemeber 1858 at Hatton Grange, Shropshire. The son of Colonel William Kenyon, and Frances Katherine Slaney. He attended Eton from 1872-75, and the Royal Military College, Sandhurst.

He gained a comission with the Durham Light Infantry, eventually achieving the rank of Lieutenant Colonel.

He came out of retirement to serve with the Durham Light Infantry during the First World War, firstly commanding the DLI depot, before serving with the BEF in France. He was mentioned in despatches in 1917. He was awarded a Silver War Badge in July 1918, so there is a possibility he was wounded.

He later seved as a Justice of the Peace in Northumberland. He died on 12 June 1938.

An interesting sword, the combination of 1845 pattern blade and 1895 hilt not coming onto the market frequently. With the additional benefit of a named owner, with the potential for further research. Untouched condition, would benefit from a gentle clean and polish. The steel scabbard original, but missing its throat, and holed to either side of the drag.