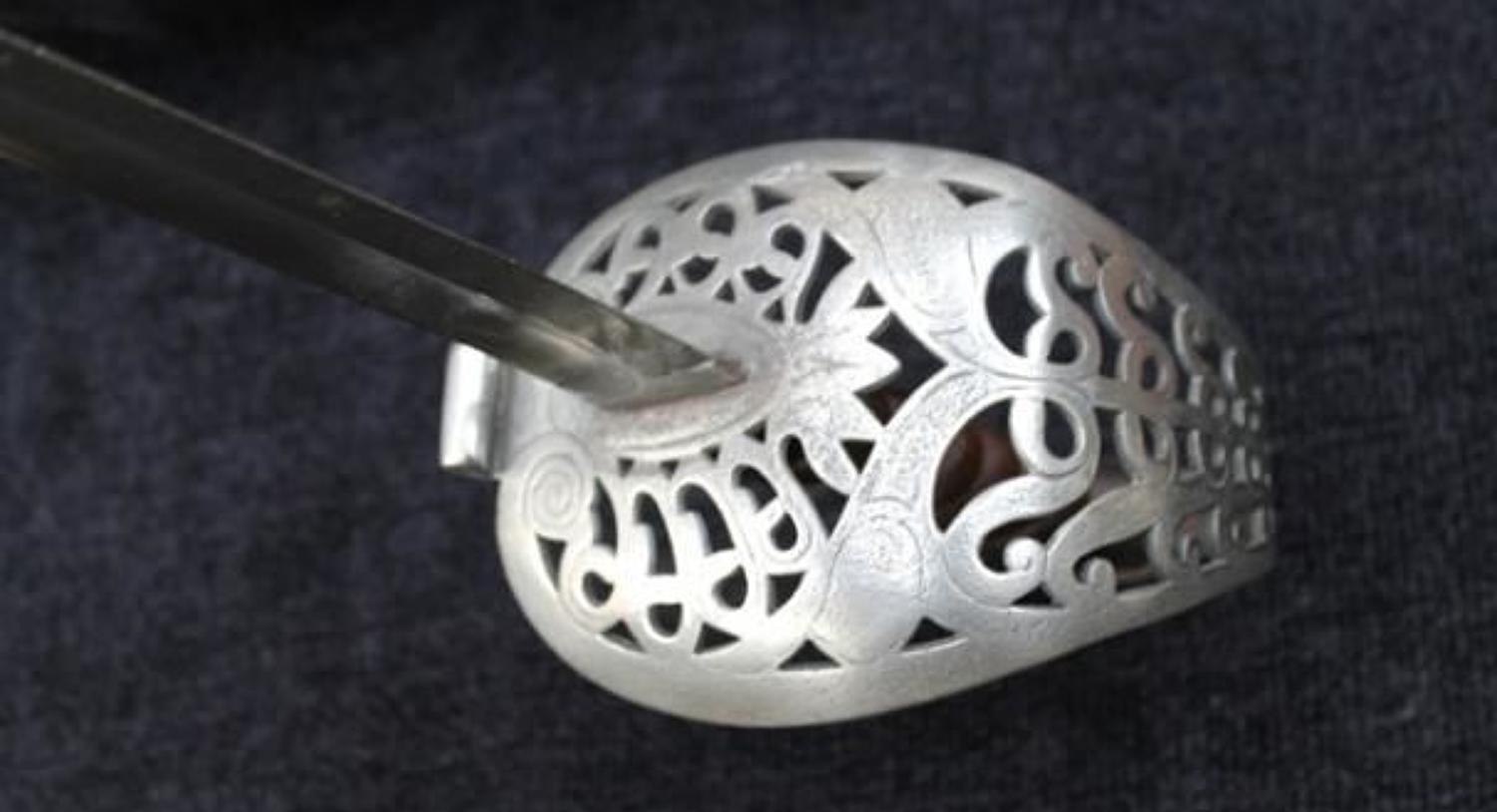 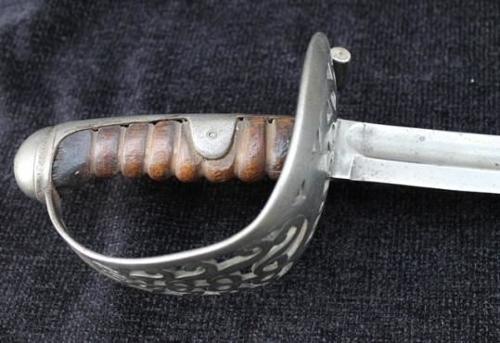 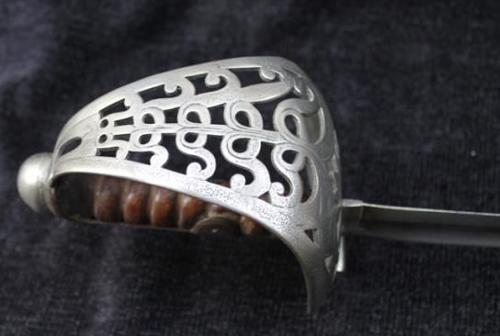 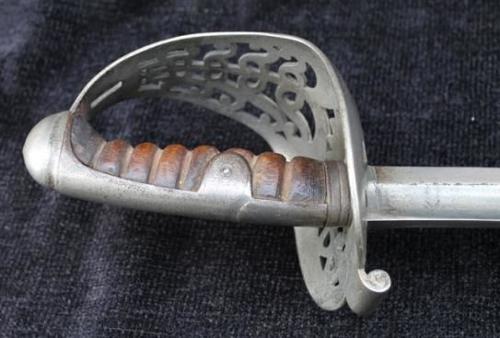 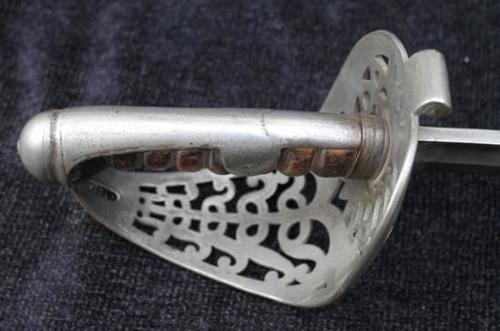 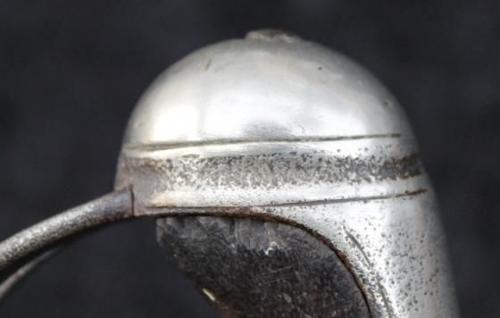 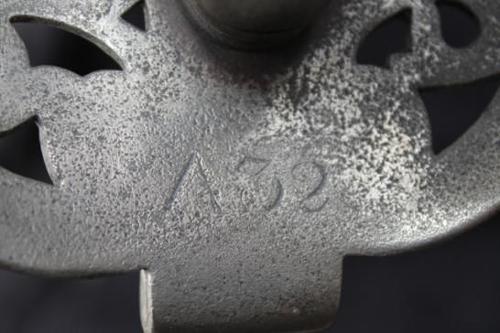 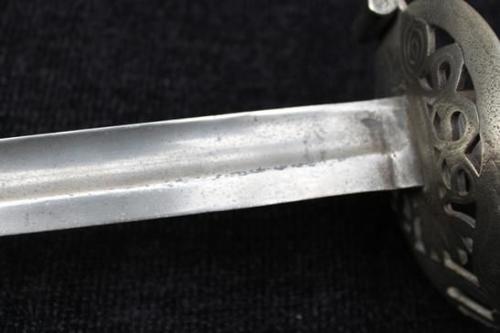 The term "rare" get bandied about with some regularity, however, this sword really is "rare" and there currently less than 10 known to exist.

These swords were produced in 1848 and carried by the Royal Horse Guards, and the 2nd Life Guards.

Blade measure just over 38 inches. The lack of ricasso would indicate an early production example.

The guard utilises the honeysuckle decoration more commonly associated with the 1821 Heavy cavalry officers sword. The interior of the bowl guard carries the Troop Markings "A.32".

Correct bronze pommel. The grip is complete, but down the bare wood, with no wire remaining.

Signs of service sharpening to the blade, and a shallow nick towards the tip, which may indicate it was used during the Egypt/Sudanese campaign of 1882.

The whole sword has been plated, which may indicate its return to ceremonial duties post returning from active service, or perhaps it was given as a presentation.

These swords are few and far between, and it remains one of the "holy grails" for serious British cavalry sword collectors.