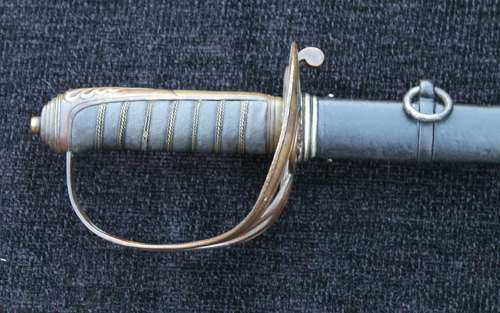 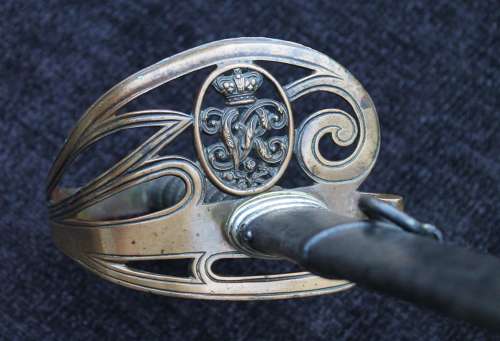 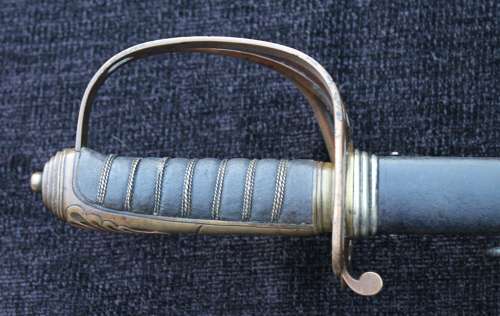 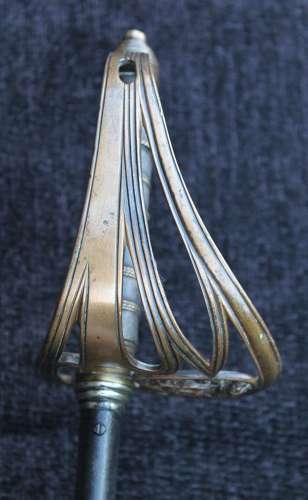 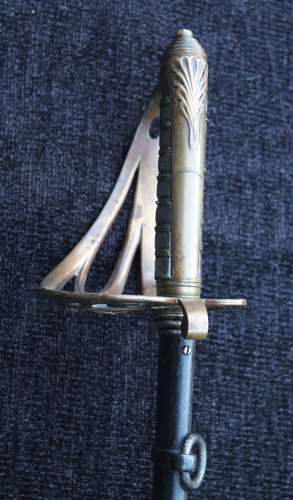 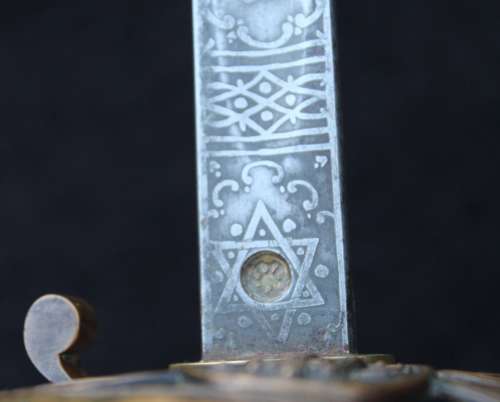 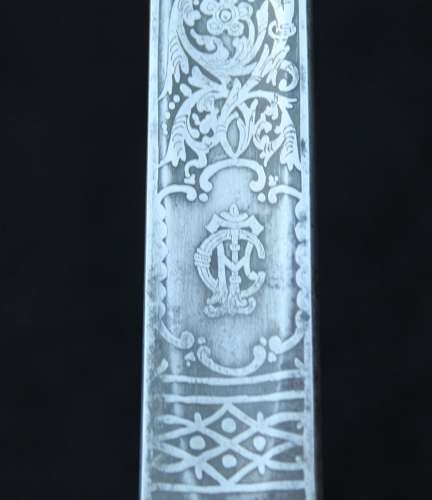 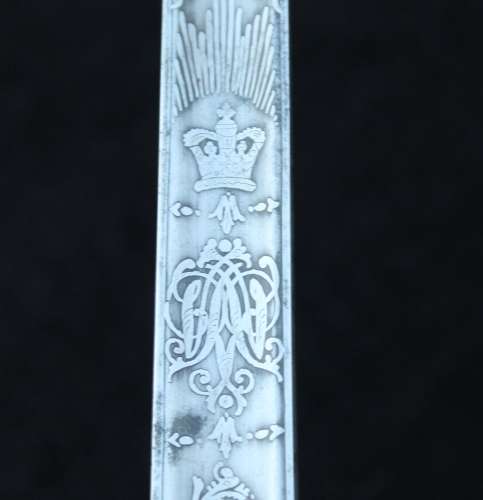 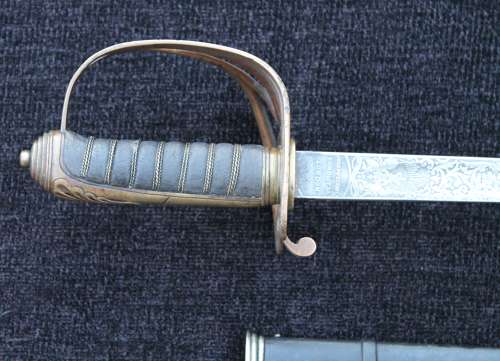 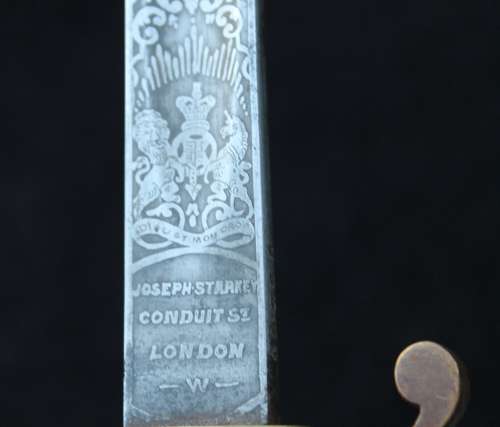 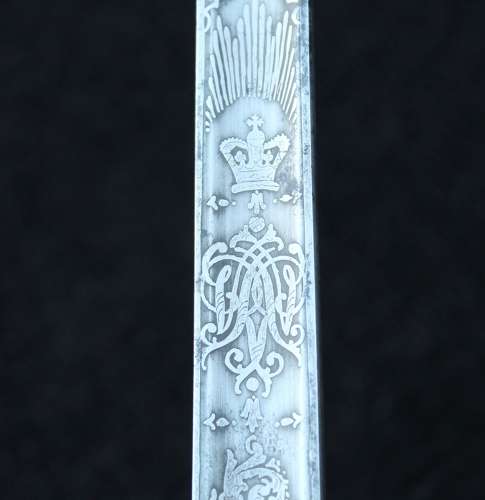 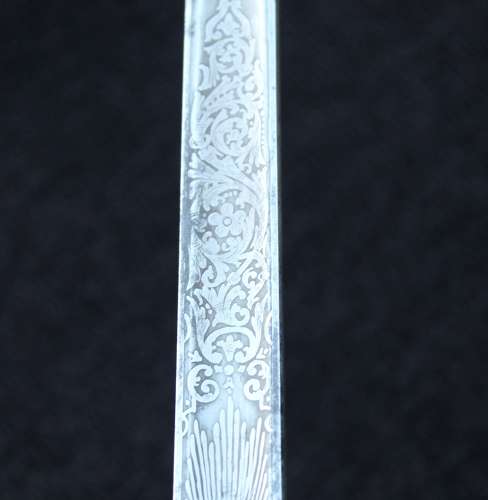 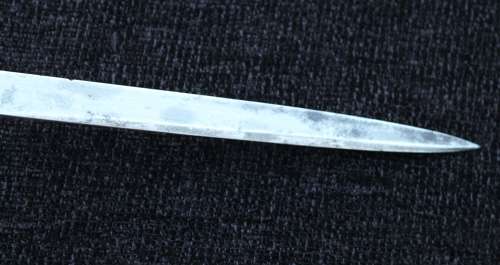 "Joseph Starkey, Conduit St, London" retailers marking at the ricasso. Starkey is recorded at 23 Conduit Street, and is described as "Embroiders, Lacemen, and makers/retailers of military accoutrements". They later merged into Gieves&Hawkes Ltd.

Serial number 99591 to the spine, and proof slug with a capital "P", likely made by  the respected sword cutler "Pillin" for retail in the outfitters trade. This sword likely dates between 1892/1901.

The 33.5 inch blade is in good condition, and carries the intertwined initials of the original owner, which appear to be "T.F.C". or a combination thereof. The blades edge shows some minor nicks, and has a slight bend. Etched with the usual VR and floral decoration. Some dark staining, and old grease, but no pitting. Genrally bright overall with good clear etching.

Housed in its steel dress scabbard with twin hanging rings.

A very good sword with research potential which will improve with a little TLC.