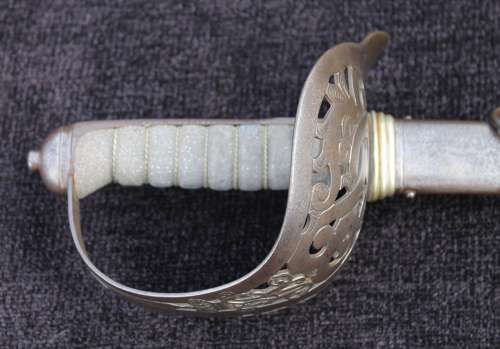 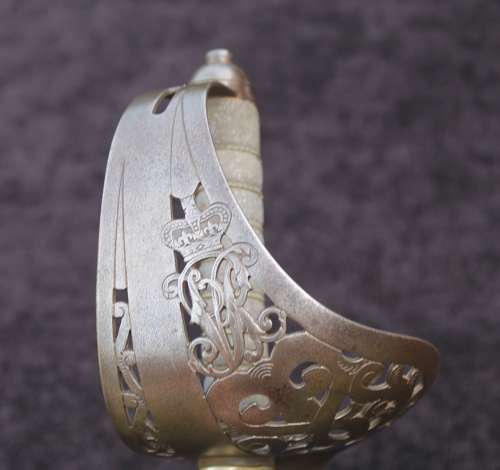 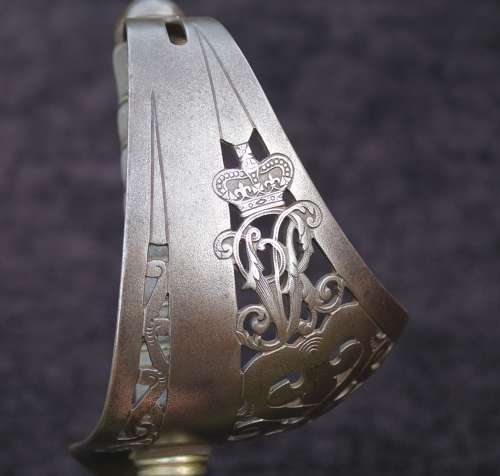 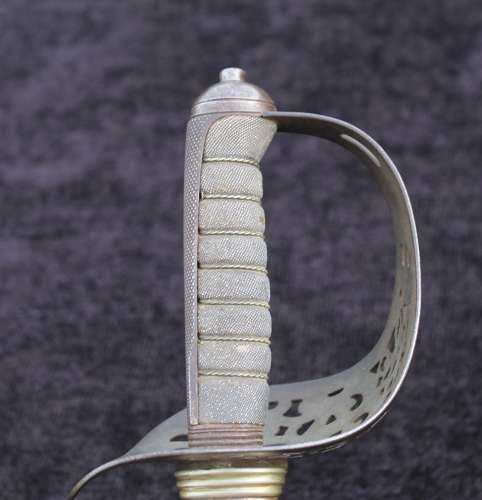 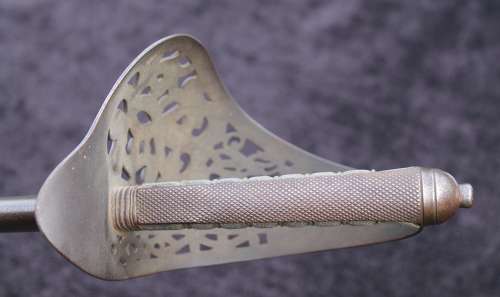 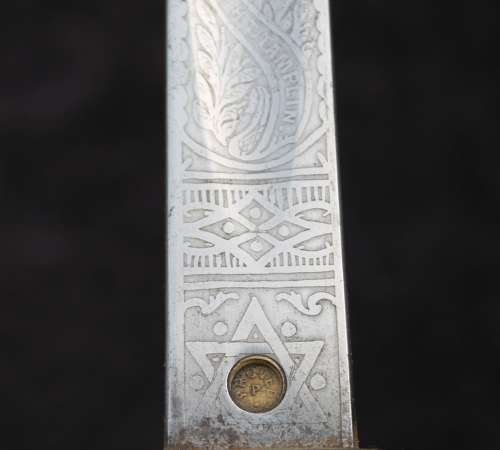 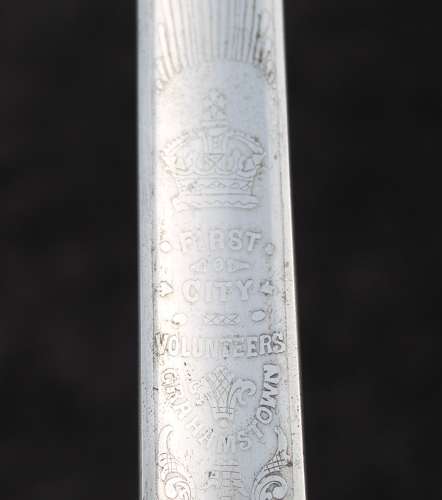 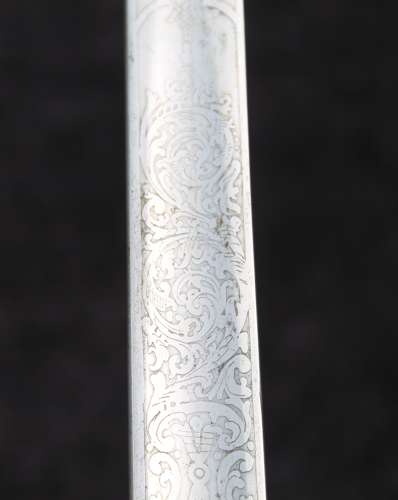 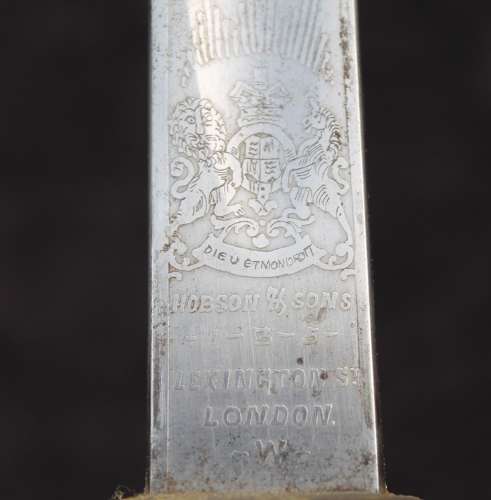 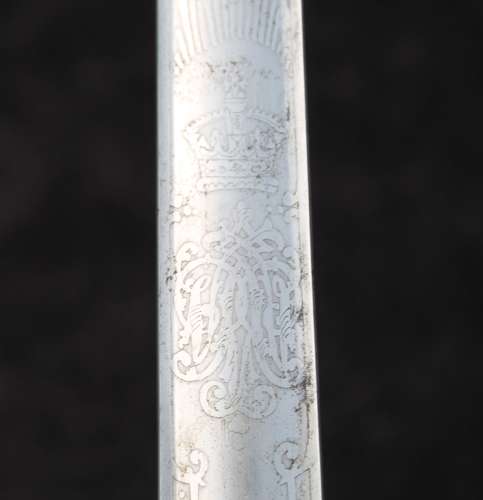 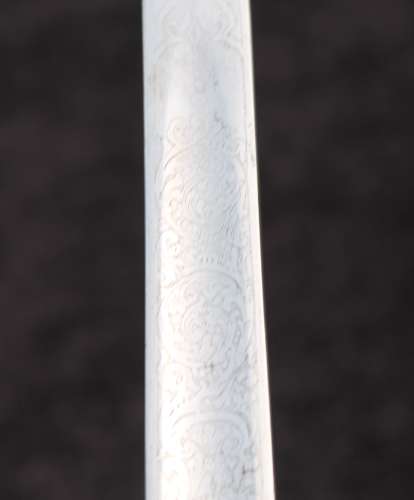 Major Tamplin can be seen in a group photograph of Marshall’s Horse, taken in 1899. He is sitting in the front row,  third from left. Marshall’s Horse, a unit formed in 1899 from the Uitenhage Rifles, and the 1st City (Grahamstown) Volunteers. The unit was initially commanded by its founder, Major George Marshall, CMG.  They had a busy campaign during the Boer War, with sixty of the initial 500 dying over the course of the war.

Lieutenant Colonel H.T Tamplin, Colonial Forces was called back to the army as a staff officer on the 21st of September 1914 (LG 8th October 1914)  After the war he was Commandant General of the League of Frontiersmen. He died in April 1925.

The unusually long 34.5 inch single fullered blade would indicate either a very tall officer, or one who expected to be mounted, as a senior Major would be. The blade is in very good condition, retaining its original bright polish, and with clear with crisp etching. It is etched with the makers details at the ricasso, two etched panels, the first reading "Major H.T. Tamplin" and the other "First City Volunteers Grahamstown" as well as the traditional crowned royal cypher, foliage and decorative swags.

The steel 1895 pattern hilt is in good condition, bearing the VR crowned cypher with only minor light abrasions, and not deformed in any way. The sword has a chequered backstrap and smooth domed pommel. The shagreen grip is near complete with only very minor loss, and is correctly bound by its original twistwire.

The hilt is solid in the blade and free from movement.

Housed in its original steel scabbard with twin hanging rings. The scabbard shares the same attractive dark plum colour as the hilt, and displays only light contact wear.

All in all an excellent example of an 1895 pattern Infantry officers sword, to a career officer with plenty of scope for further research into his career and involvement in the Boer War.