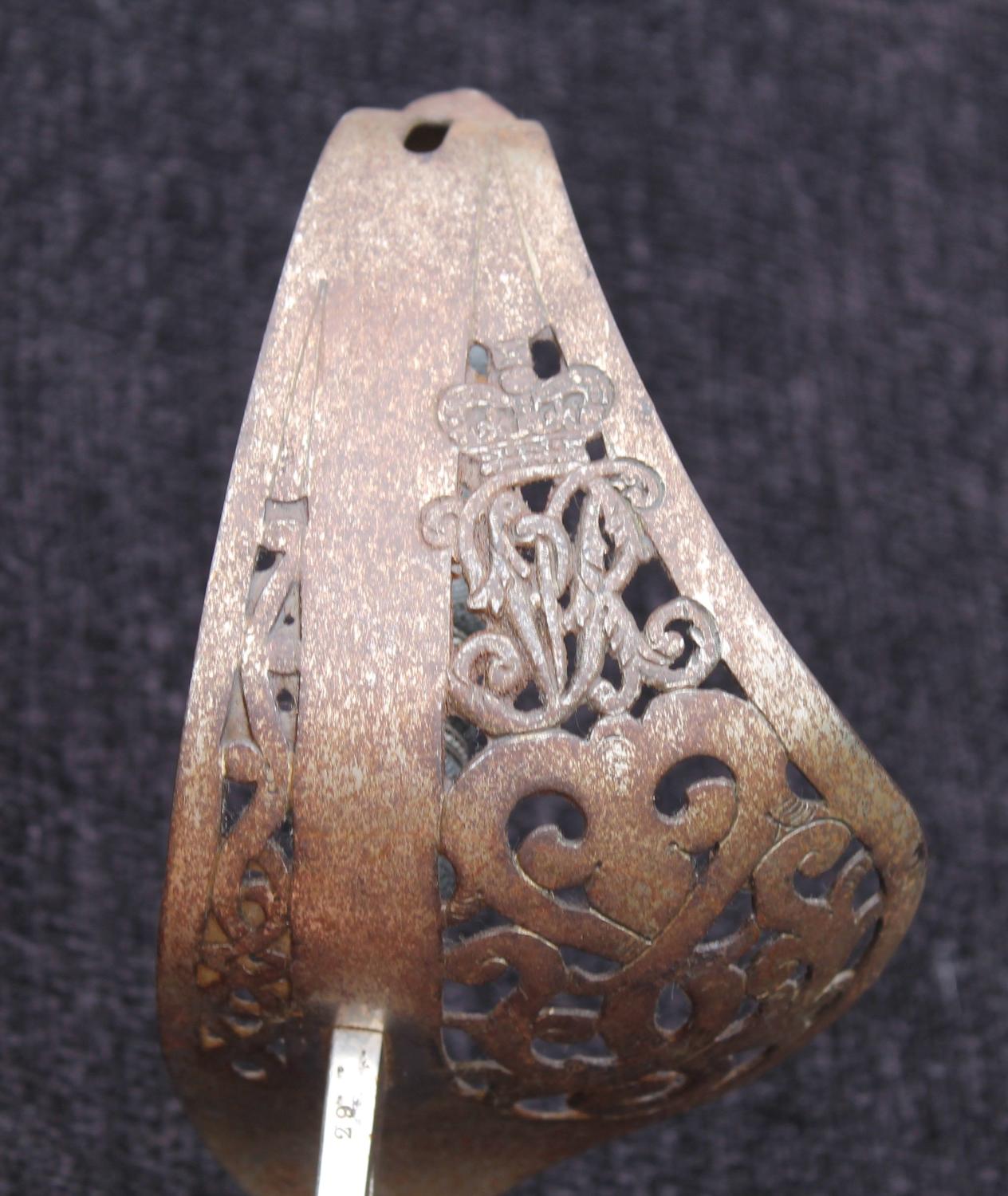 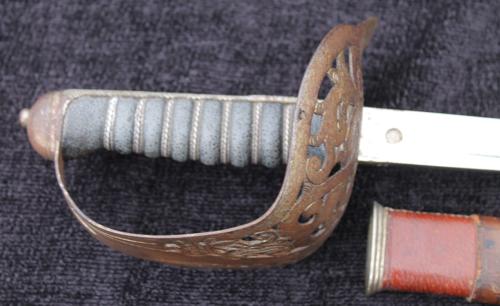 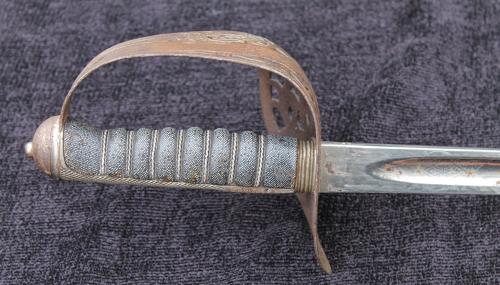 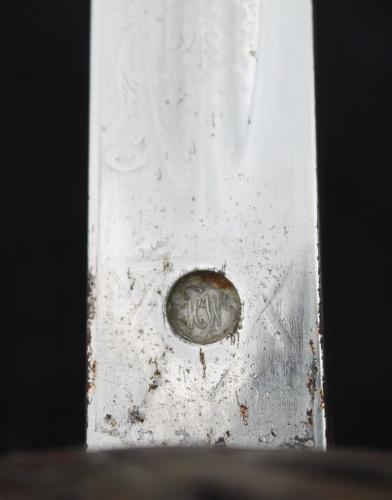 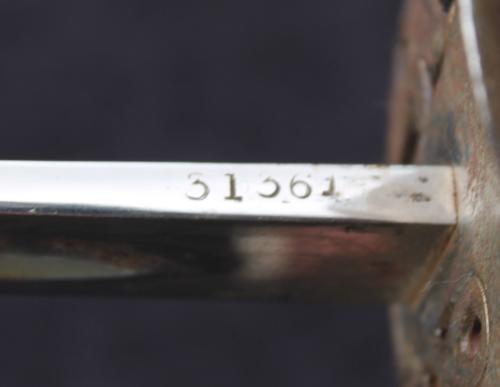 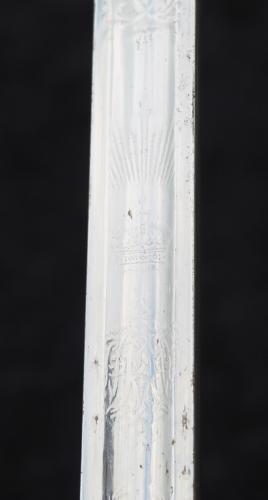 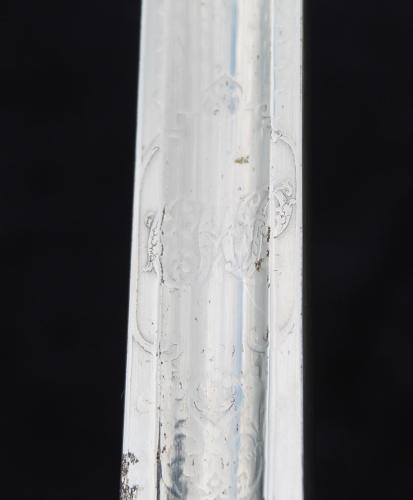 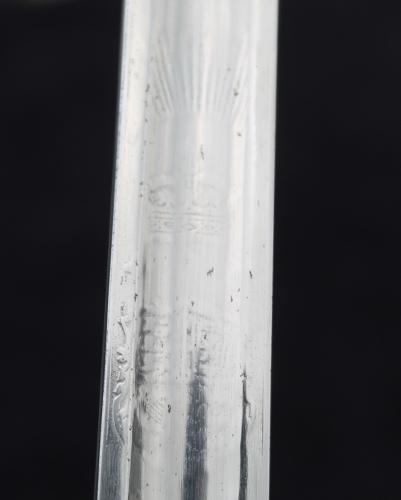 This 1895 pattern sword would have been one of the first produced with the 1892 pattern blade, being proved in March of 1892.

The sword comes in untouched condition, the blade having been plated, likely when rehilted to the 1895 pattern. Good condition shagreen grips, bound with silver twistwire. Housed in its brown leather field service scabbard. The guard covered in old grease and grime. The whole in need of gentle cleaning.

The plating has largely obscured the blades etching, although elements are still visible, including the original owners initials.

The proof book pages states that this sword was sold to Mr F.W. Flight. F.W. Flight was a military tailor, with premises in Winchester, Aldershot and London. The proof book also shows the customers name, as "Whistler".

A likely candidate is Thomas Godfrey Whistler, (Son of major General James Whistler) who was commisioned into the Hampshire Regiment (based in Winchester) as a Captain in 1892, and may well have celebrated his promotion with the purchase of a Wilkinson Sword.