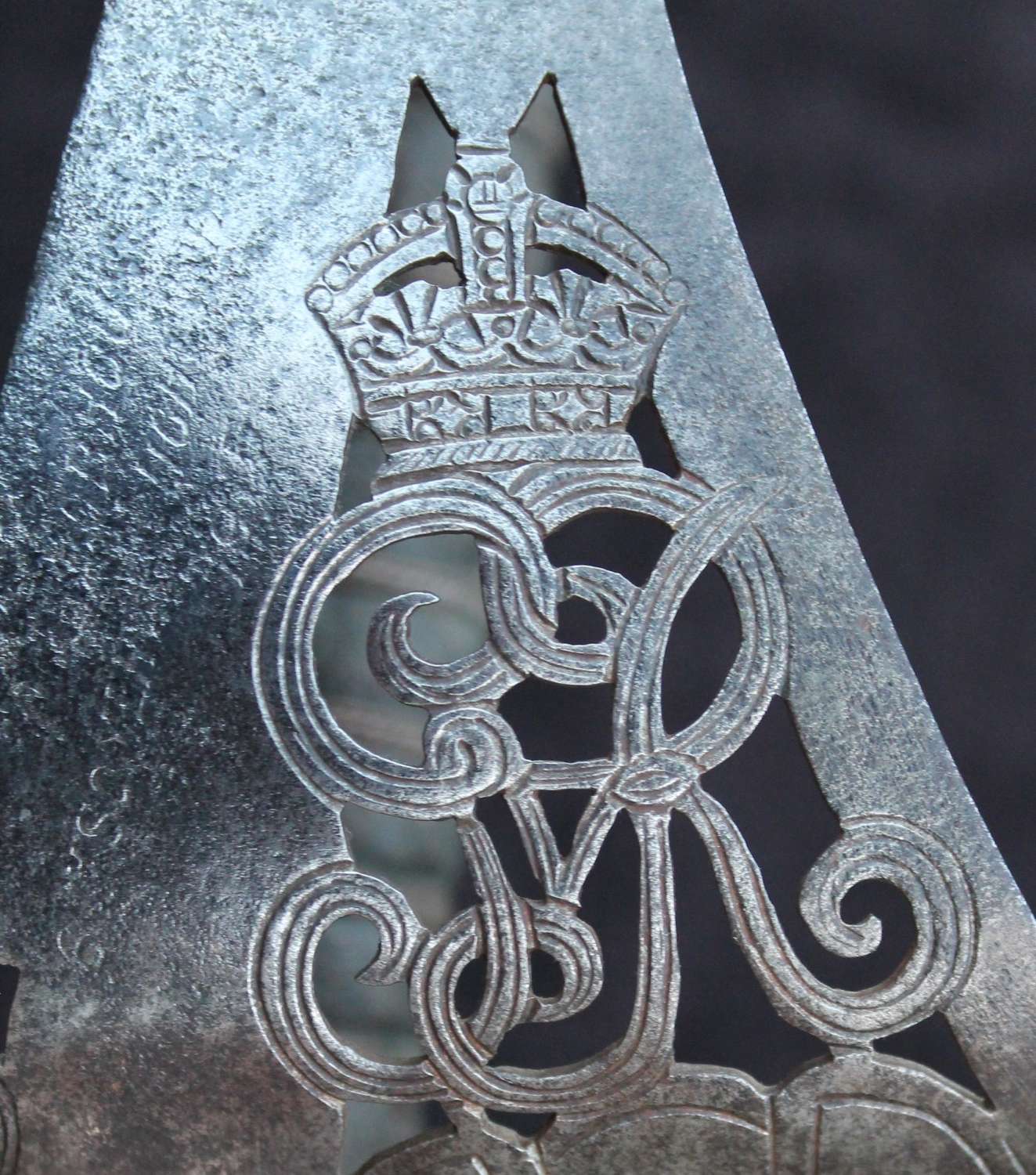 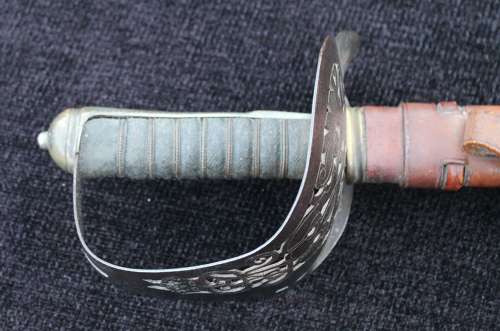 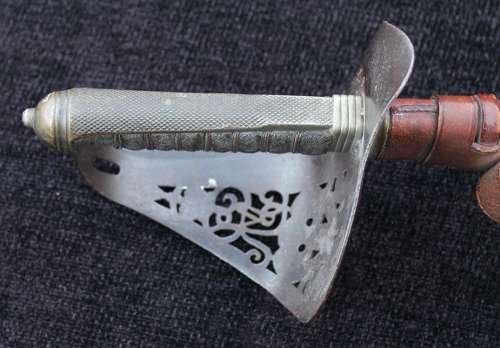 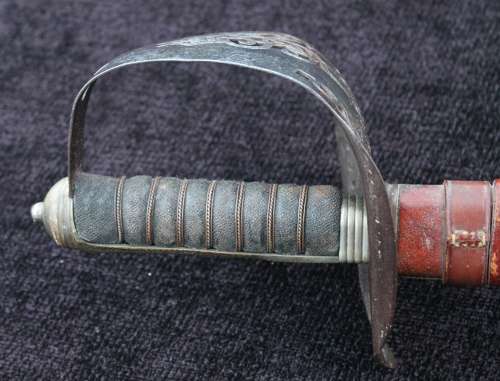 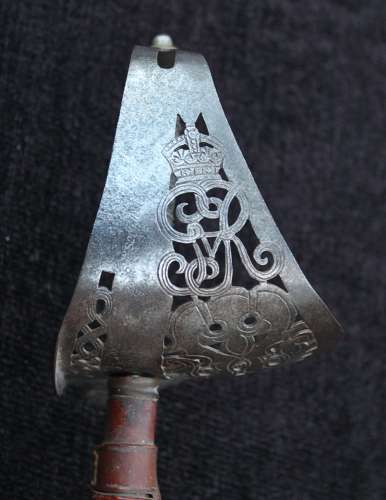 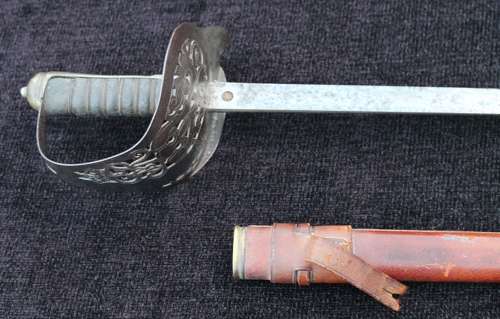 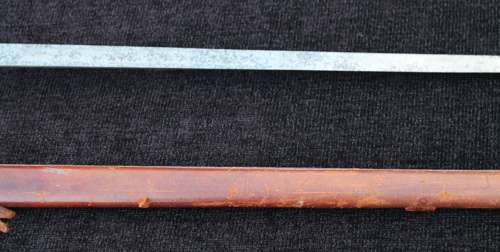 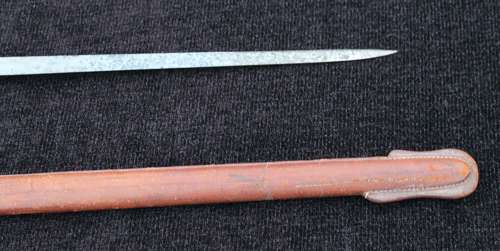 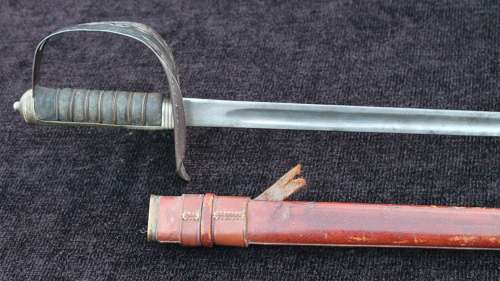 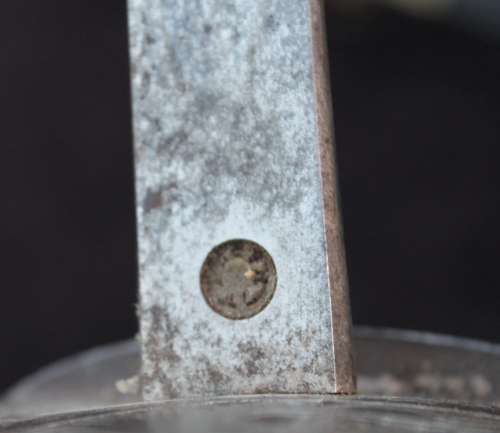 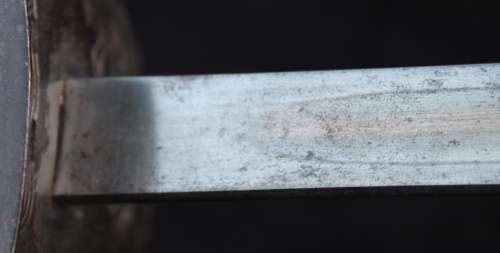 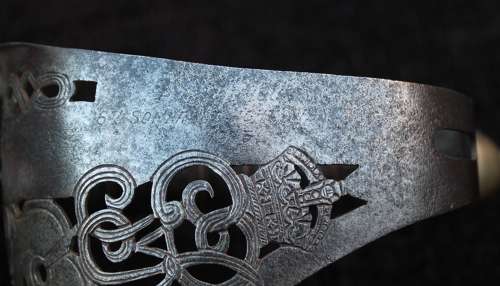 At first sight this is a quite unremarkable Sheffield cutlery trade standard quality infantry officers sword, mass produced during the Great War for the many newly minted junior officers being comissioned to replace the early war casualties.

However, on closer inspection, and after a gentle clean there is an engraved inscription "P.E. Hobhouse 6th Somerset Light Infantry 1915". This is worn due to years of neglect and corrosion, but it is visible in the right light.

Paul Edward Hobhouse was born in 1894, the son of Henry and Margeret Hobhouse, of Hadspen House, Somerset. His father was MP for Somerset. Paul was educated at Eton College and New College, Oxford. He was comissioned into the 6th SLI in 1915, being promoted Captain the following year, and was also MID.

The 6th SLI saw heavy fighting, and were among the first British troops to be exposed to Flamethrowers at Hooge.

In March 1918 the 6th were holding trenches near La Folie, near Benay, a few miles south of St Quentin. On March the 21s the Germans bombarded the area with high explosives and mustard gas. The shelling severed all lines of communication, and effectively cut off the 6th SLI from any possible reinforcements.

They were assaulted by wave after wave of German infantry, and the 6th Somerset Light Infantry were effectively wiped out. Of 20 officers and 540 other ranks, only one officer and three O/R survived.

Captain Paul Edward Hobhouse is commemorated on the Poziers Memorial.

His brother Jack served with the Royal Garrison Artillery and won the MC. His other brother Stephen was a prominent writer and conciencous objector.

There is lots more information and even a photograph of Captain Hobhouse to be found online.

As mentioned this sword, with the exception of the area of the inscription to the hilt, is untouched. it would benefit from a good clean and tidy. No serious issues, the plain 32 inch blade covered in old grease and dirt, is solid in the hilt. The shagreen grip in good condition, and bound with its original twistwire.

Housed in its original brown leather field service scabbard. Some scuffs and dings, but basically sound.