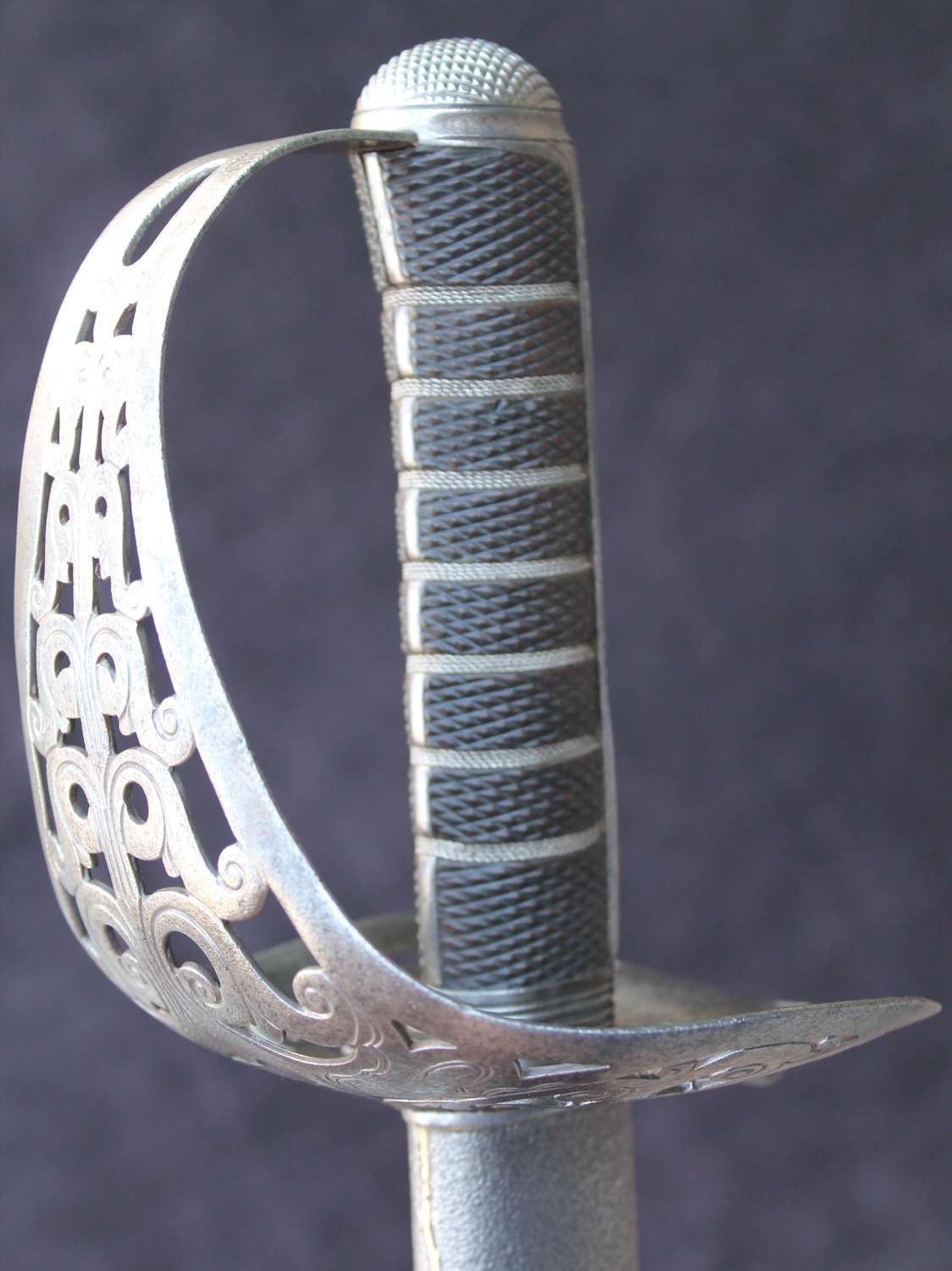 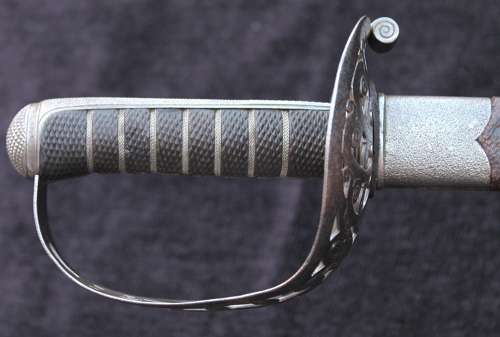 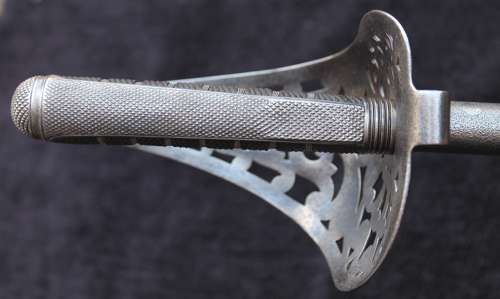 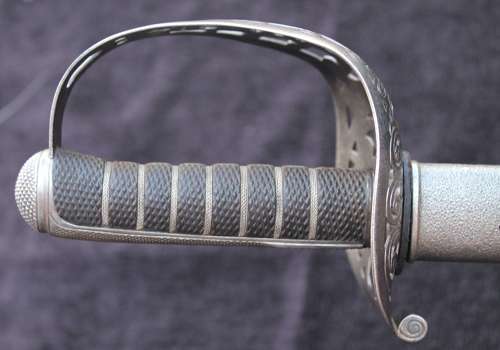 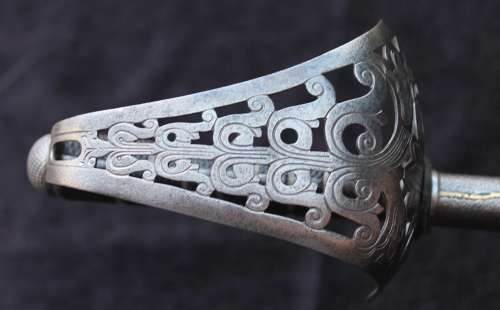 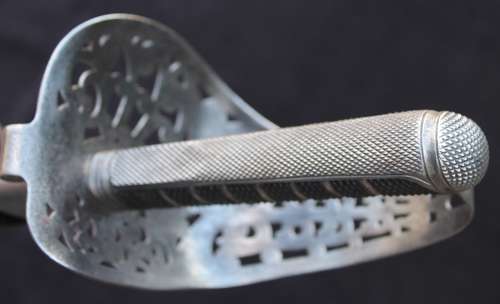 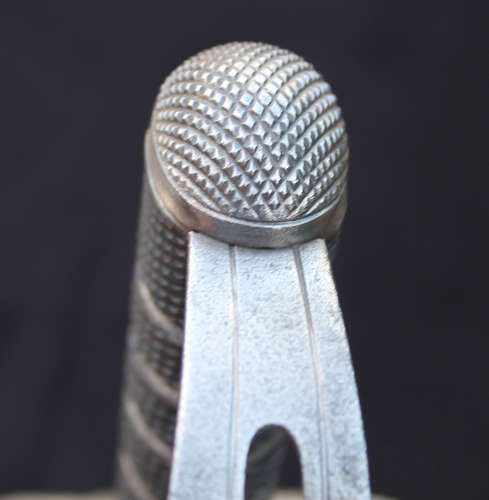 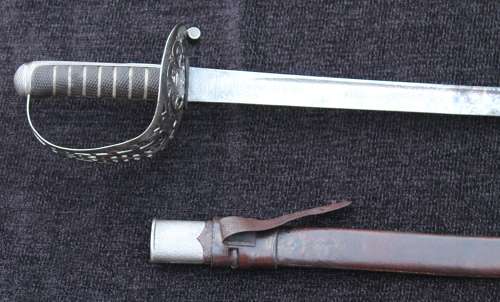 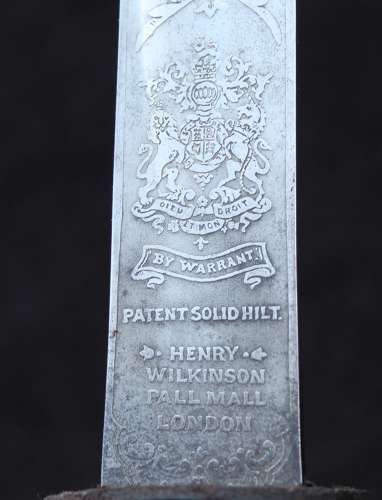 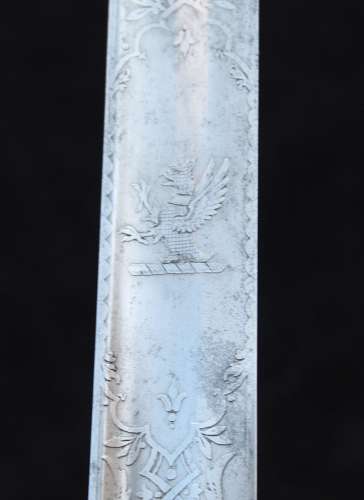 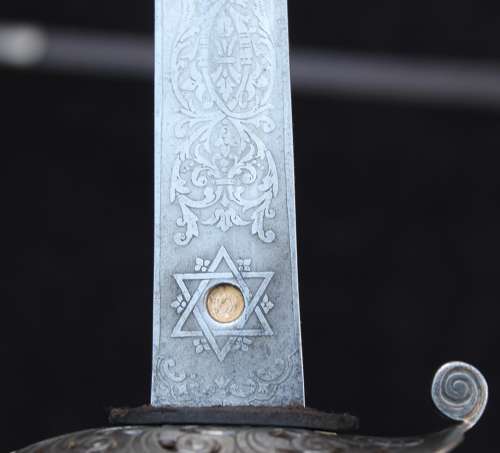 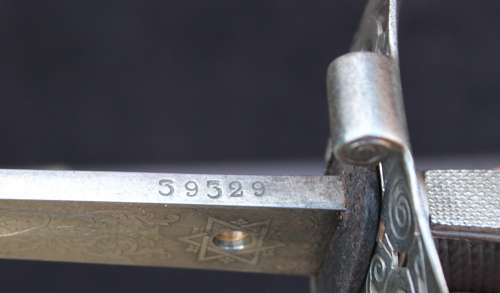 He then transferred into the Royal Naval Air Service and later the Royal Air Force. This area of his service requires more in depth research.

Post war he was Captain of Exmouth Golf Club in the 1930s.

His two sons both served in WW2, Charles with the Royal Marines, and Colum with the Royal Horse Artillery. Sadly, Colum was killed in April 1945, just days before the end of the War.

The 35.5 inch, single fullered blade by Wilkinson Sword, Pall Mall, London. Decorated with the regimental badge of the XXI Lancers, along with the battle honour "Khartoum" royal coat of arms, the original owners Griffin family crest, along with the usual floral etching with crowned ERVII cypher. The blade clean and bright, good clear etching, with some wear to the central section on both sides of the blade.

Supplied with a digital copy of the Wilkinson Proof Ledger page for this sword, confirming the original owner.