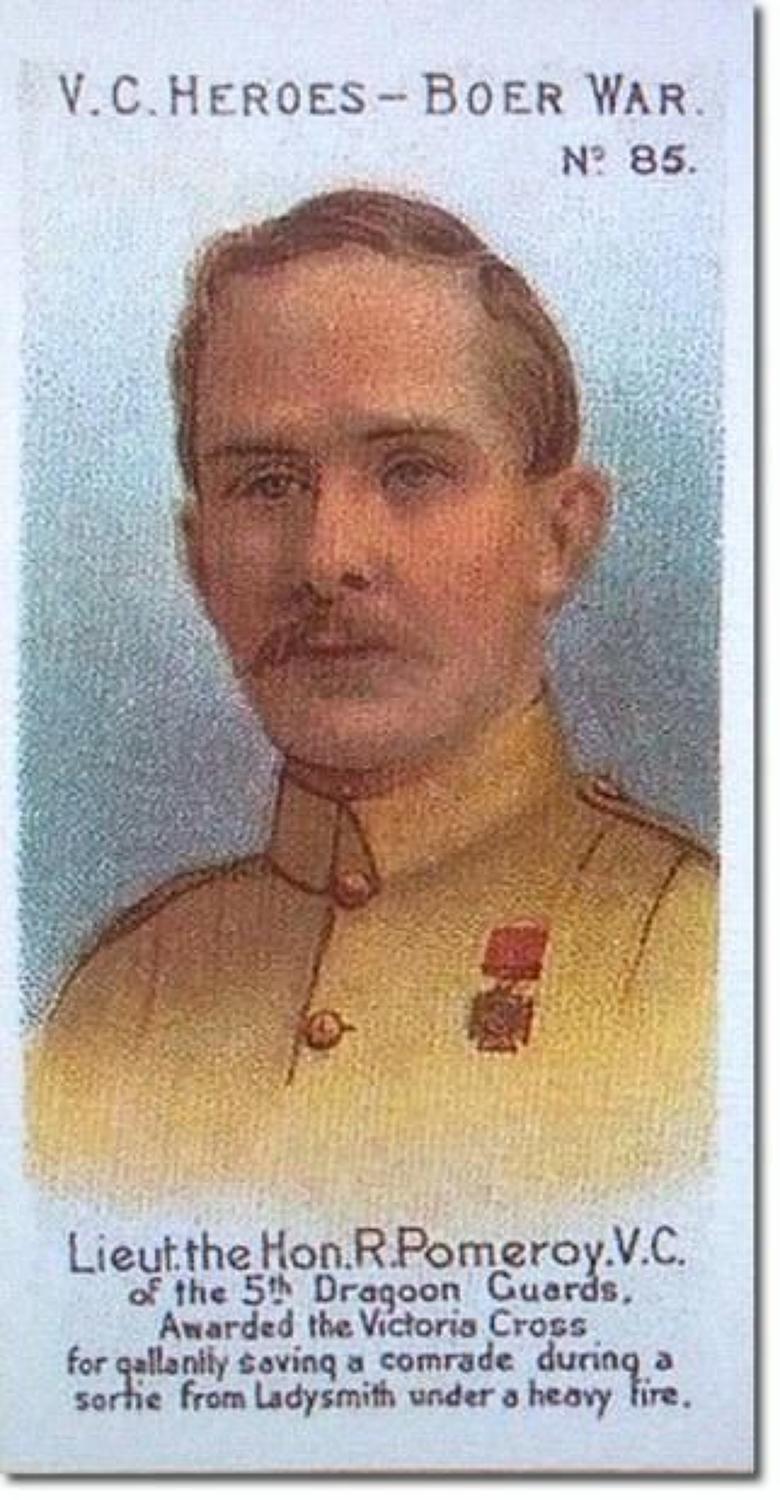 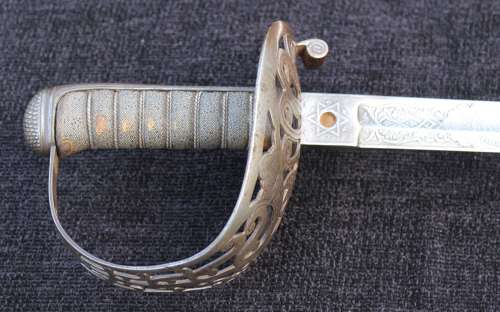 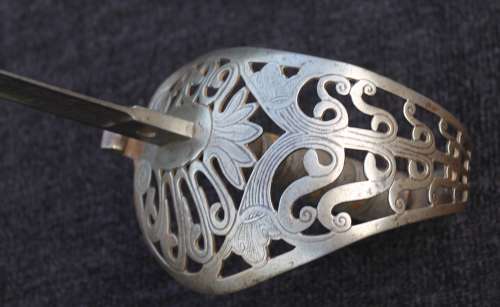 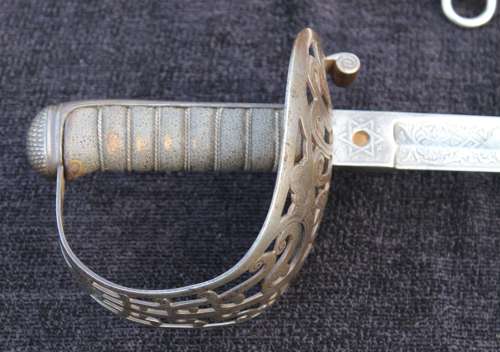 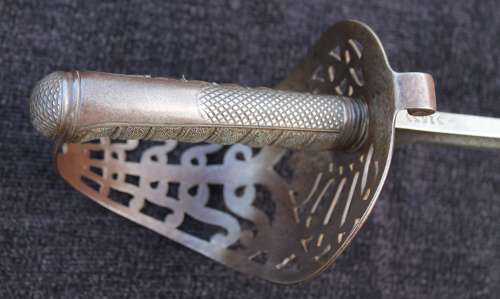 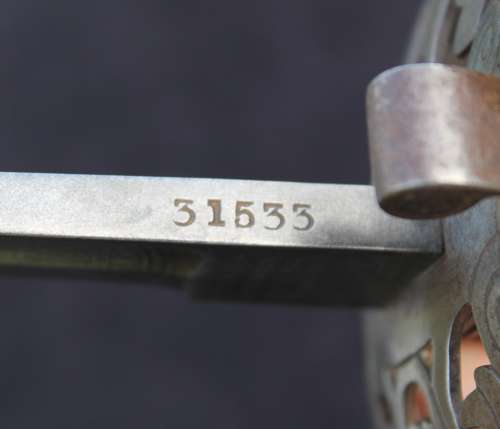 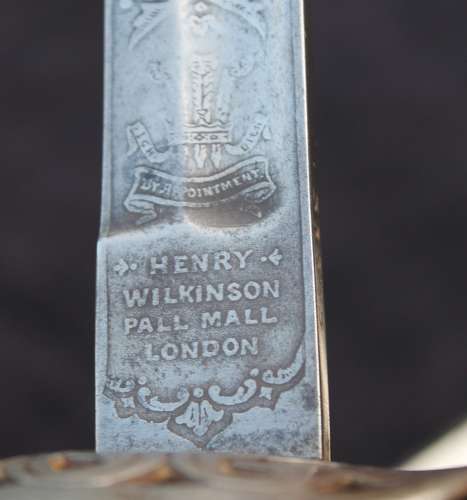 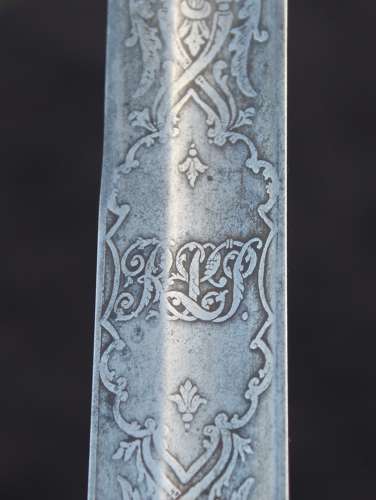 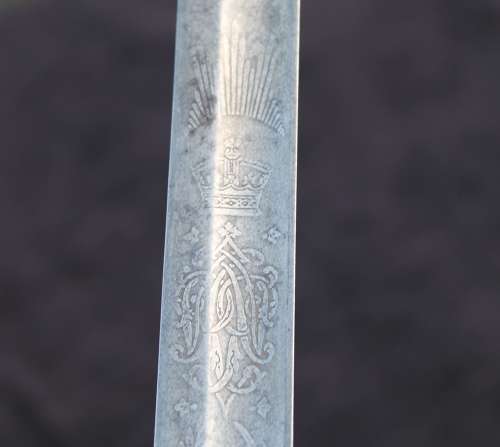 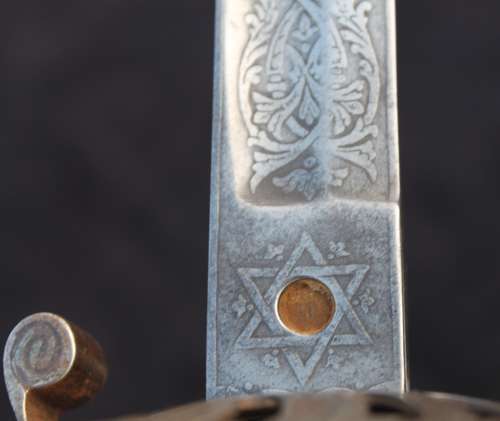 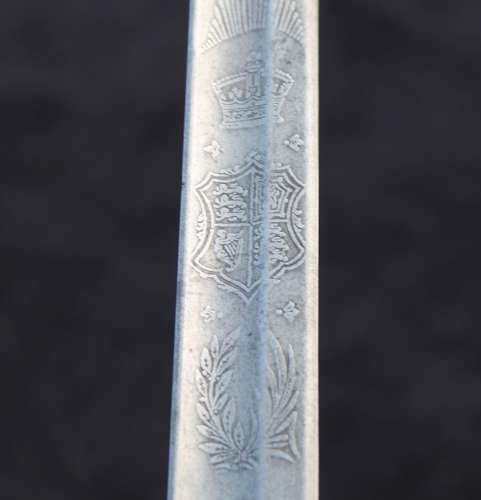 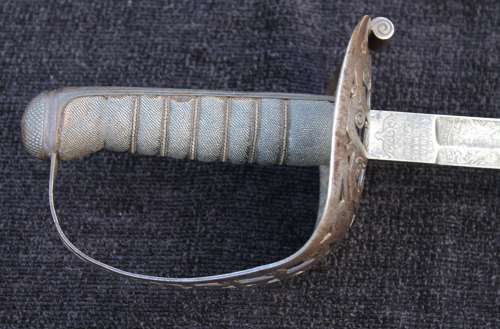 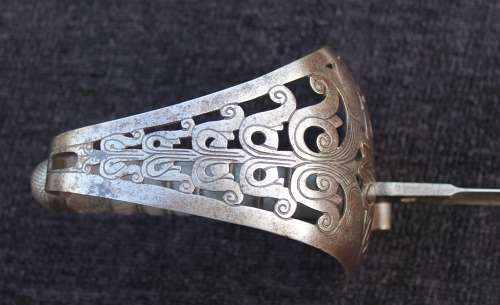 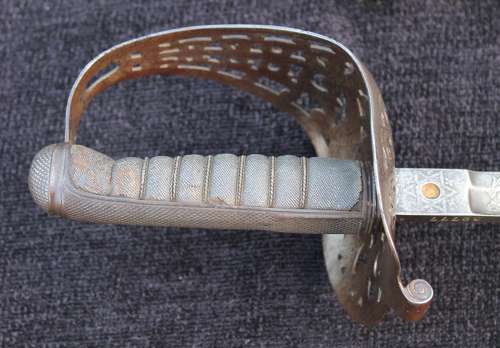 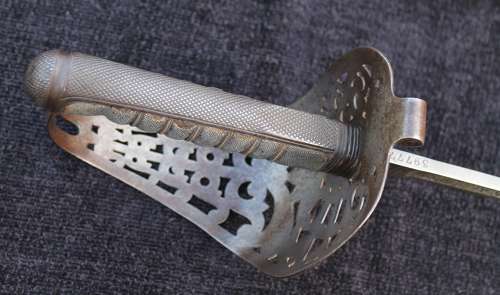 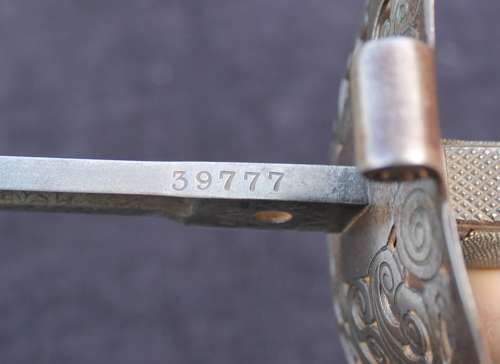 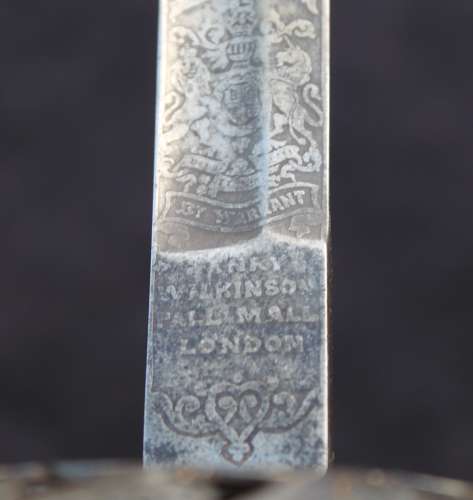 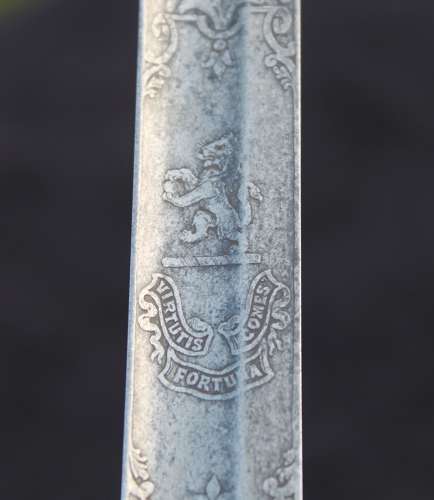 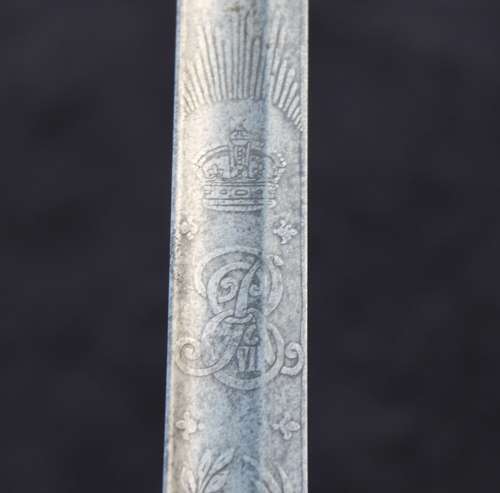 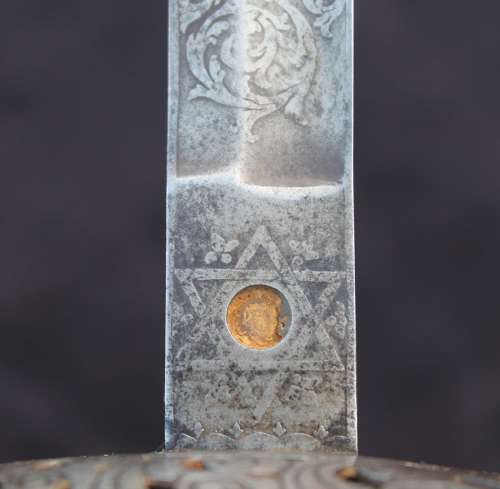 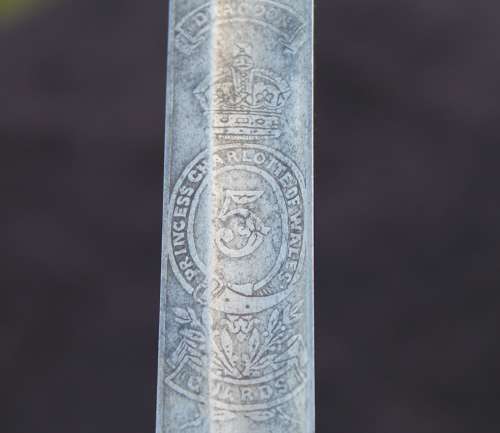 A PAIR Of Swords To The 5th Dragoon Guards: Not A VC!!

Ralph Legge Pomeroy, 8th Viscount Harberton, was born on 31 December 1869. He was the son of James Spencer Pomeroy, 6th Viscount Harberton and Florence Wallace Legge. He married Mary Katherine Leatham, daughter of Arthur William Leatham, on 25 June 1907. He graduated from Balliol College, Oxford, with a Bachelor of Arts (BA).

He fought in the Boer War between 1899 and 1902, during which he was severely wounded. He gained the rank of Major in the service of the General Reserve Officers, 5th Dragoon Guards. He fought in the First World War. He was invested as a Officer, Order of the British Empire (OBE) in 1919.

Major Pomeroy complied the 5th's regimental history, entitled "The Story of a Regiment of Horse, being the regimental history from 1685 to 1922 of the 5th Charlotte of Wales's Dragoon Guard" in two volumes, the first of which was published in 1924.

It goes on to say that Pomeroy was "awarded the Victoria Cross for gallantly saving a comrade during a sortie from Ladysmith under heavy fire."

This would appear to be a case of mistaken identity, the award of the VC actually went to 2nd Lt. John Norwood, 5th Dragoon Guards. Sadly Pomeroy's name does not appear in the list of VC recipients. His regimental history also makes no mention of him being awarded a VC.

A number of officers of the 5th were put forward for the award, and knowing how the VC process works, it is likely that Pomeroy's name was amongst them, with the award eventually going to Norwood.

This sword retains its full 35 inche blade, and does show signs of being sharpened for active service. It is fully etched, and this is bright and clear, without any areas of pitting, rubbing or loss. It carries the initials "R.L.P." to the left hand escutcheon, and the regimental badge of the 5th Dragoon Guards in the right. The proof slug is no longer present.

Unusually, for a sword of this period, the back strap is also etched with a "Centre of Percussion" arrow. I have not seen one of these etched on a sword of the late Victorian period, being more commonly associated with swords of the Mid Victorian era.

The hilt is in fine condition, with a thin misting of rust bloom to the interior of the guard. The shagreen has some wear to both sides, and whilst all the twistwire is present, some has come loose, and is slightly protruding.

The scabbard appears to have been plated at some point, but is a very good fit for the sword, with no "rattle" when shaken.

Generally a very good sword, with no major flaws, which would benefit from some careful cleaning to bring it back to a very high standard.

This would appear to be a lighter sword for parade and levee use. It may also have been purchased in order to have the new monarch's cypher on the blade. Perhaps the Now Captain Pomeroy realised that swords and cavalry charges were becoming a thing of the past, and just fancied a lighter sword for day to day use.

Either way, this second sword is of equal quality to the first, having the 5th DG badge to the left hand side of the blade, and Pomeroy's crest and initials the right hand side. This blade is slightly dirtier than the first, and would benefit from a polish. Never the less, all the etching is still clear and visible, with no pitting or rubbing impeding it. This sword also carries the "centre of percussion" marking towards the lower end of the blades spine.

The guard is again dirty, and with some interior rusting, but it is very light and superficial, and will clean well. The shagreen is also mostly complete, with some wear to the left hand side, and at the edges. All the silver twistwire is as it should be.

The scabbard is a very good fit, and will hold the sword upside down without any problem. It also shows signs of plating, which has now also rusted.

Again, a fine sword in need of some careful attention. Both swords showing signs that they were hung on a wall for many years. Both swords are tight in their mounts with no movement.

Very unusual to find a pair of swords to the same officer, especially to a fighting regiment, which saw active service during the Boer War. Plenty of scope for research on the original owner, all in all, a bit of a dream for the advanced sword collector.

Both swords will come complete with their accompanying Wilkinson Sword Proof Book entries.
More images available upon request.
Strictly over 18's only.