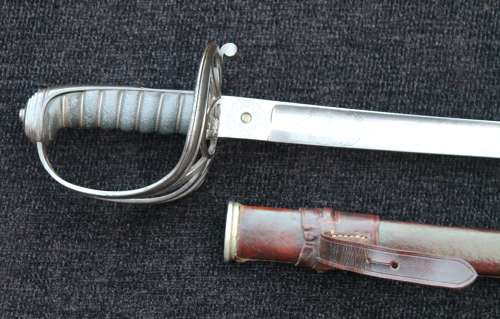 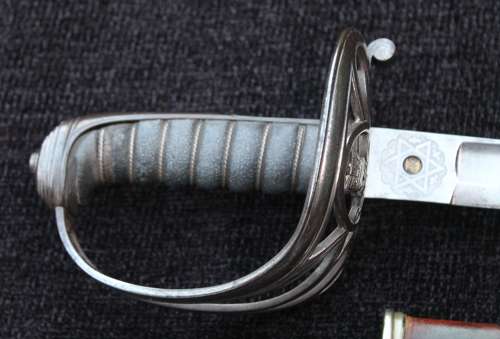 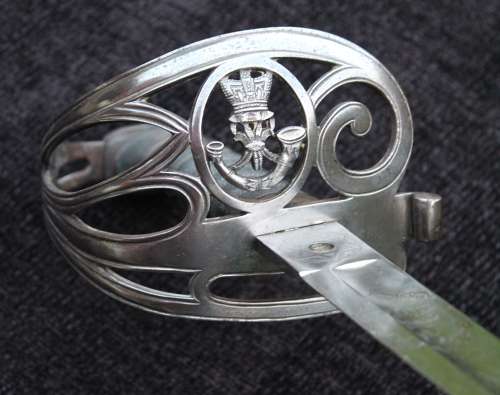 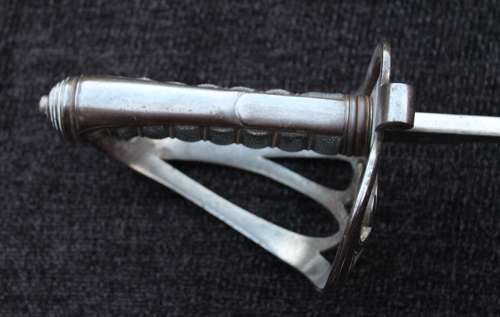 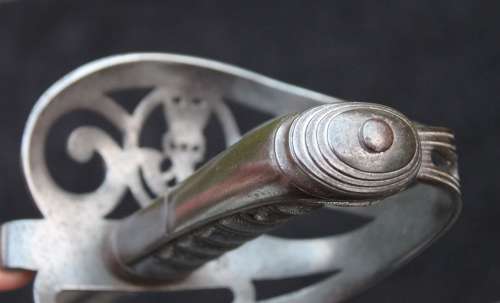 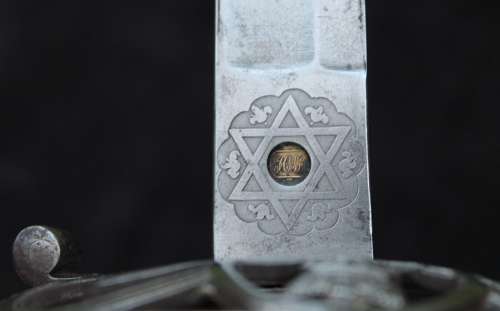 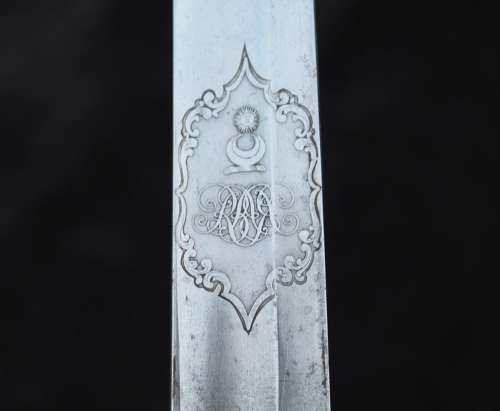 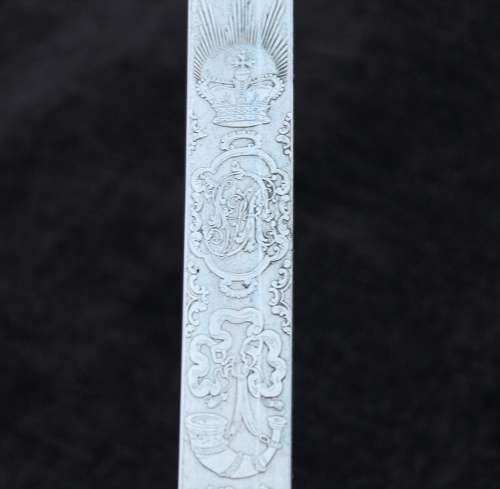 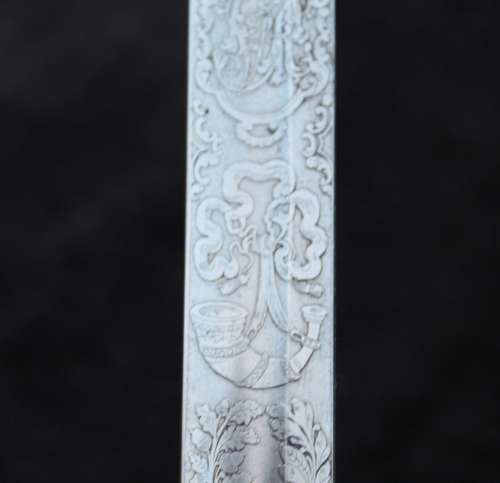 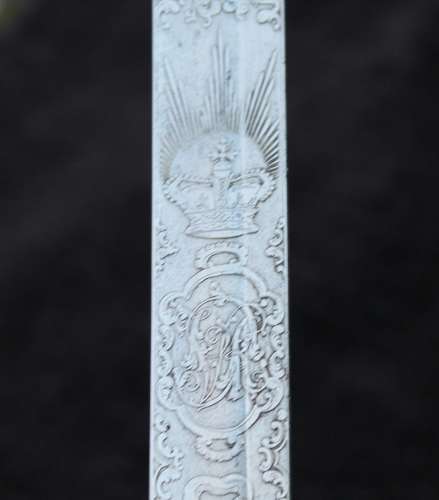 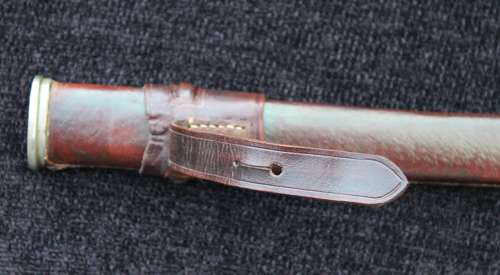 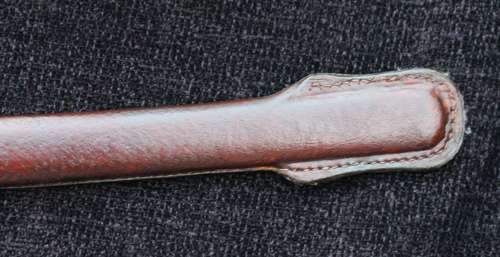 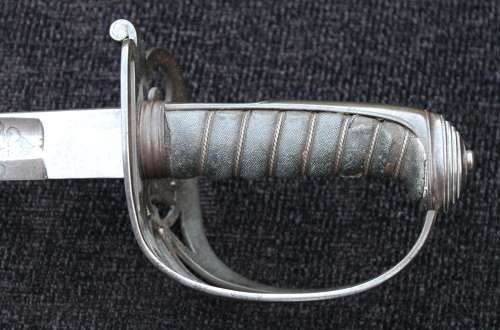 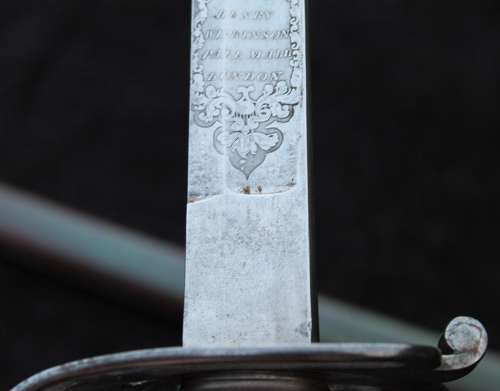 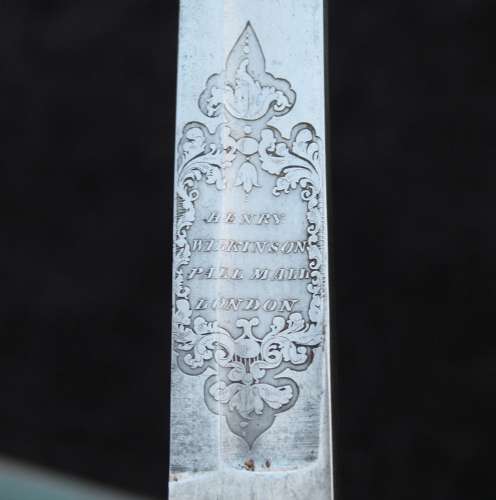 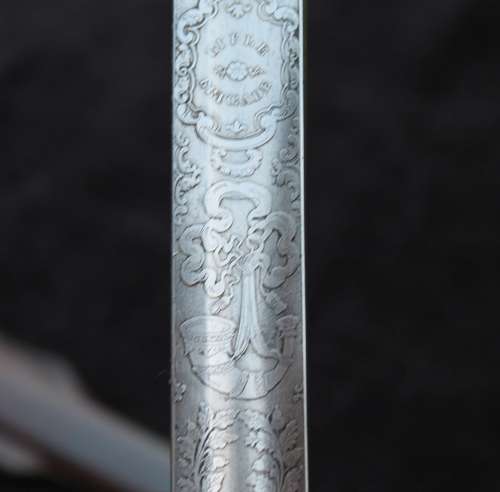 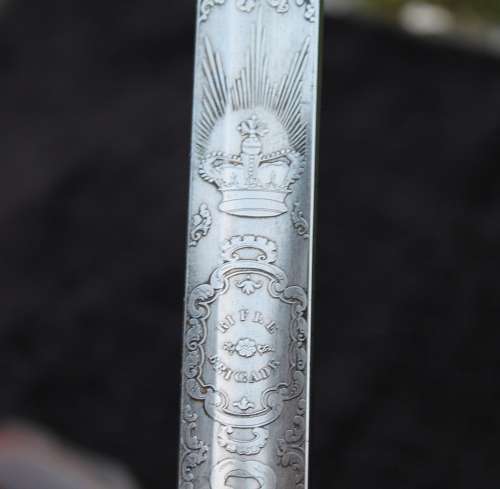 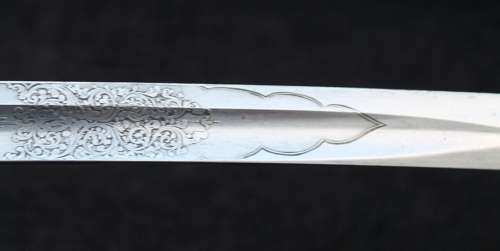 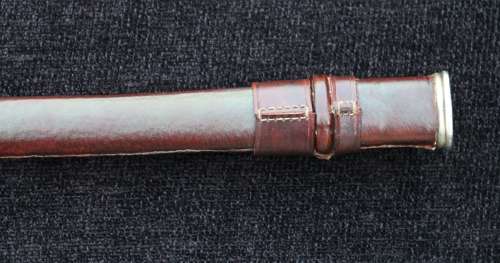 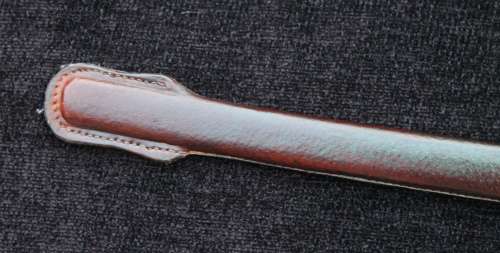 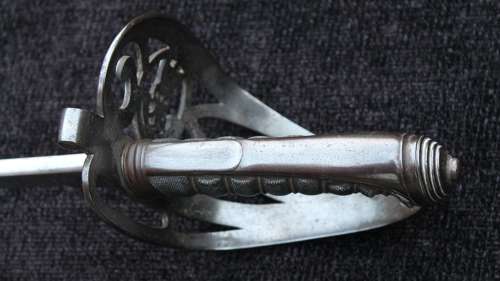 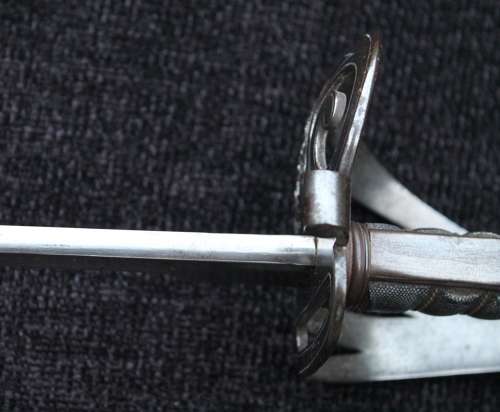 These un-numbered swords were produced somewhere between Henry Wilkinson beginning sword production in 1844, and the commencement of numbering in 1854.

I strongly suspect that this is the sword of Boyd Francis Alexander. Born in 1834 and educated at Harrow. He gained his commission as a second Lieutenant in the Rifle Brigade on 11th June 1852.

He served in Turkey with the 1st Battalion from February until September 1854, although he did not fight during the Crimean War. He was promoted Captain in 1855 and was posted to India with the 3rd Battalion.

He fought in the Indian Mutiny of 1857-58, including the Battle of Nawabgunge, the Battle of Cawnpore on 6th December 1857, the Siege and Capture of Lucknow, and the taking of Fort Oomerea. He commanded the storming party at the attack on Fort Birwah, where he was severely wounded in the arm. For this action he was Mentioned in Despatches by General Barker. (Medal and Clasp.)

As a Major, he took part in the suppression of the Fenian Raids in Canada. He retired from the Army as a Lieutenant Colonel in 1872, and died in 1917.

His son Boyd, a noted ornithologist and African Explorer followed his father into the Rifle Brigade in 1893, and I suspect he carried his father’s sword, which would explain the later Victorian Field Service leather scabbard.

Boyd lived a very interesting life, was commended with a Gold Medal from the Geographical Society of Antwerp in 1907, and the Founders Medal of the Royal Geographical Society in 1908. His Colonel, The Duke of Connaught also praised him on behalf of the Regiment. Sadly he met a grisly end, being murdered by Natives on 2nd April 1910 at Nyeri.  He was interred at Maifoni, alongside his younger brother Claud, who had died of Enteric Fever whilst accompanying his older brother on an expedition in 1904.

Lieutenant Colonel Alexander is commemorated on a plaque, alongside his son, in Winchester Cathedral. That plaque also displays a form of the half moon/crescent crest found on this sword.

This 1827 Pattern Rifle Officers sword is in generally excellent condition. The gothic steel hilt is of a solid gauge and is unaffected by dings or serious damage. The crowned light infantry bugle cartouche is particularly well defined. Stepped pommel and plain backstrap with signs of old white polish. The shagreen grip is bound with silver coloured twistwire and is largely complete, with one or two areas of loss, and some shrinkage.

The blade carries a half moon/crescent family crest, with a sun or star above. Below this are three heavily stylised initials of “B.A.F.” The central initial “A” is the largest, and likely the dominant surname letter.

The blade is also etched with the crowned VR cypher, a Light Infantry Bugle, and floral engraving to both sides. To one side in a cartouche are the words “Rifle Brigade”.

There is a small amount of movement, almost imperceptible, between the blade and hilt. This is due to the absence of a correct buff washer on the blade, which would be an easy and unobtrusive remedy.

A small amount of old grease and dirt on the blade, and some darkening at the point, all easily  removed.

Housed in a late Victorian Sam Browne field service leather scabbard, which is a perfect fit. It comes in excellent condition.

All in all, an exceptional pre-numbered Wilkinson sword, with Indian Mutiny and Rifle Brigade connections. It doesn’t really get much better.