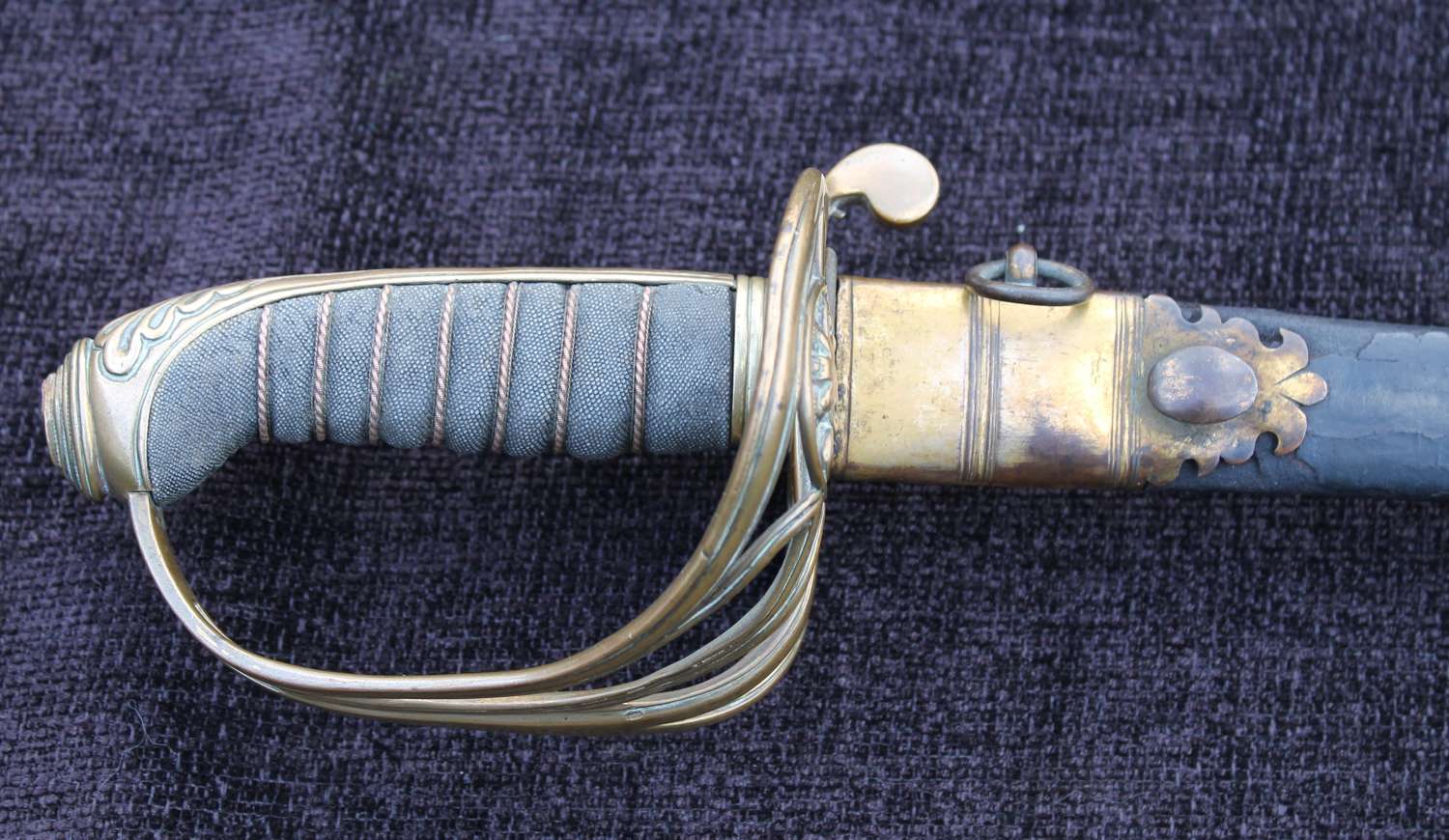 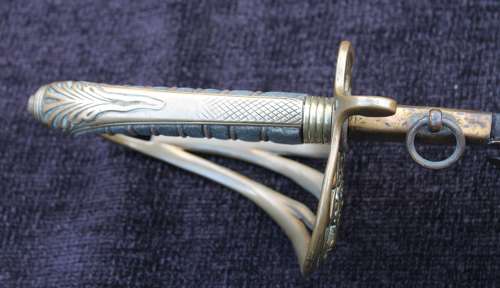 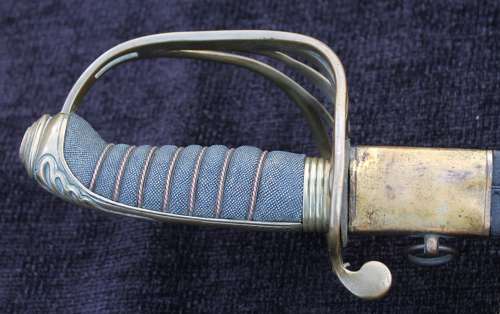 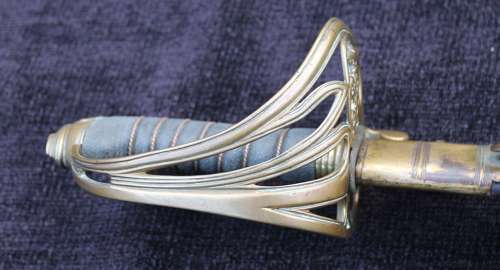 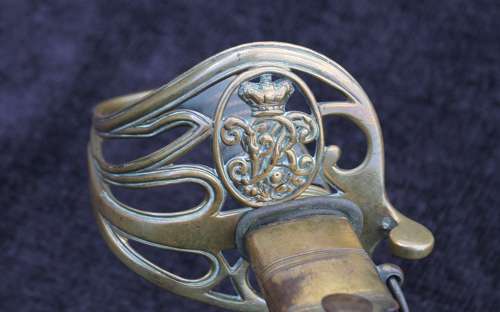 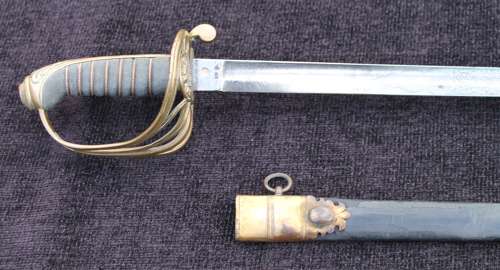 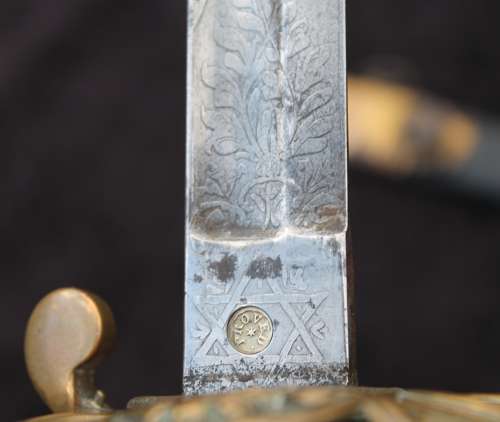 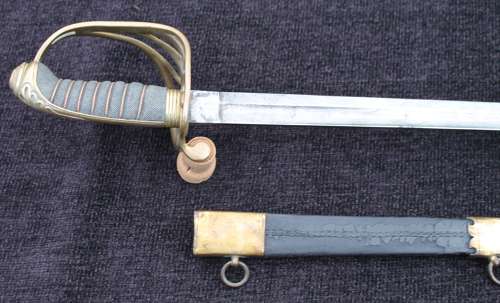 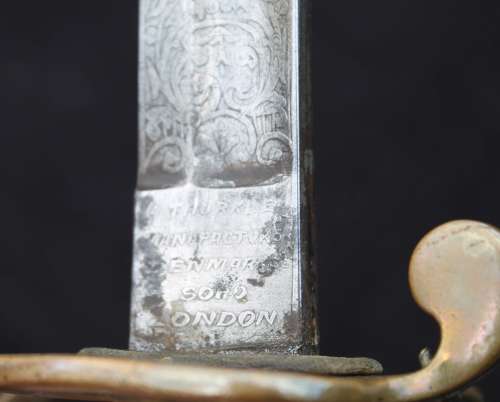 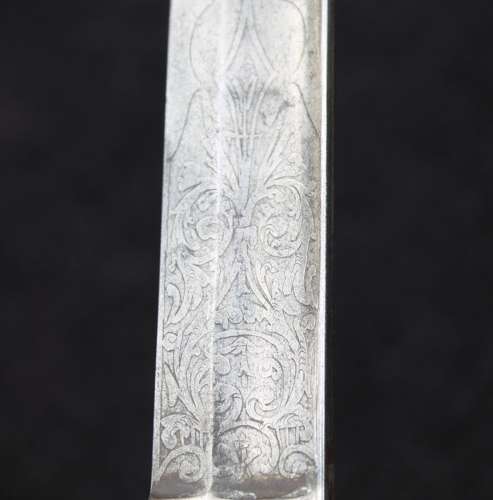 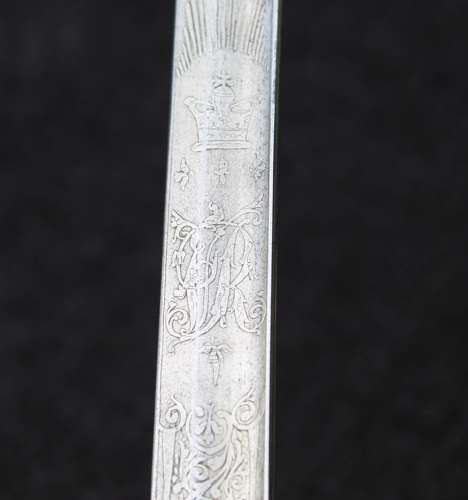 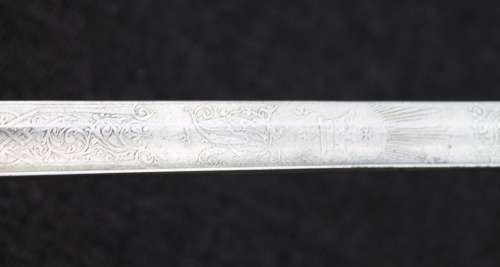 Regulation gothic brass hilt of 1822 pattern, retaining areas of its original gilt wash finish, free from any major flaws, breaks, dings or dents. The grip of shagreen bound with twistwire which is complete and in a very good condition.

The blade is in very good, untouched condition, with minimal staining, and some dark patches. The etching and inscription are all crisp and clear. Bearing the makers marking of " E Thurkle, Denmark Street, Soho, London" at the ricasso.

Housed in its original brass mounted leather scabbard. Generally good condition, and a still a good fit for the sword, being free from shrinkange.

This presentation sword would seem to be a gift to George Beresford Lempriere. He was born Gillingham, Kent in 1858.

Commissioned into the 77th Foot, Middlesex Regiment as 2nd Lieutenant in 1879, and advanced to Lieutenant the following year. He was promoted Major in 1898.

The sword was the gift of Lieutenant-General F. G. T. Deshon C.B.

22nd and 48th Foot, and later Colonel of the 51st King’s Own Yorkshire Light Infantry

Commissioned as an Ensign in the 56th Foot on 29 December 1837, he exchanged to the 22nd Foot, as Lieutenant, on 5 January 1841. He served with the 22nd Foot during the latter part of the campaign under Sir Charles Napier in Lower Scinde in 1843, being present at the battle of Hyderabad on 24 March 1843. He served in the Southern Mahratta Country in 1844 and 1845 under Major-General Delamotte, and was present at the investment and capture of Forts Panulla and Pounghur on 1 December 1844; and also present during the investment and reduction of Forts Munnahar and Munsuntook, in the Southern Concan in January 1845, as Staff Officer, Right Wing of the Regiment.

Promoted to Captain in the 22nd Foot on 30 November 1849, Deshon exchanged into the 48th Foot in April 1850. He served at the siege of Sebastopol as Captain from 21 April 1855 until the termination of the siege on 9 September 1855; and was present likewise, as Brevet Major, in the subsequent operations at Sebastopol, ending with the treaty of peace, and in command of 2 companies of the regiment detached to do duty in the Dock Yard from 14 January to 14 March 1856. Deshon was mentioned in General Orders, dated Headquarters, Sebastopol, 7 February 1856, whilst in command at the Dock Yard, Sebastopol.

Deshon became Lieutenant-Colonel in August 1864, Colonel in March 1870, Major-General in May 1880, and Lieutenant-General in July 1881. He was appointed Colonel of the 51st King’s Own Yorkshire Light Infantry in January 1903, and created a Companion of the Order of the Bath in June 1904.

A very interesting and unique sword, which would benefit from further research to establish the link between Deshon and Lempriere's father.