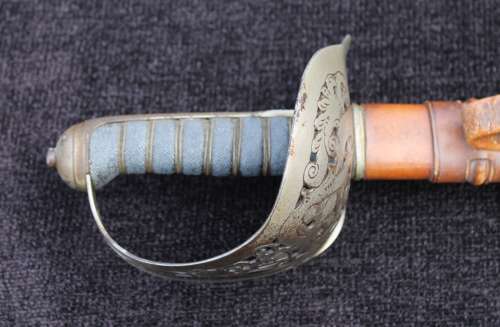 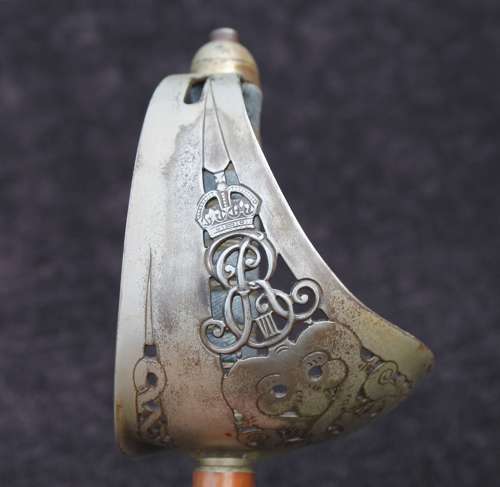 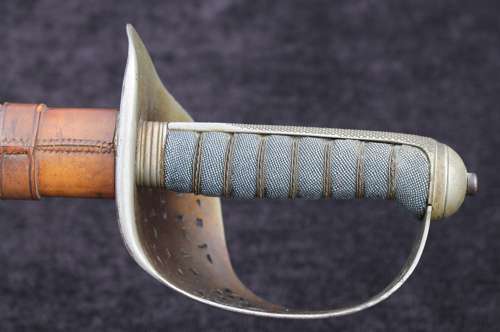 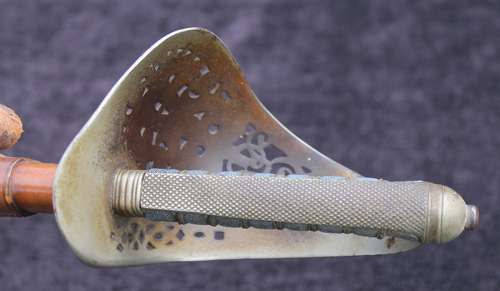 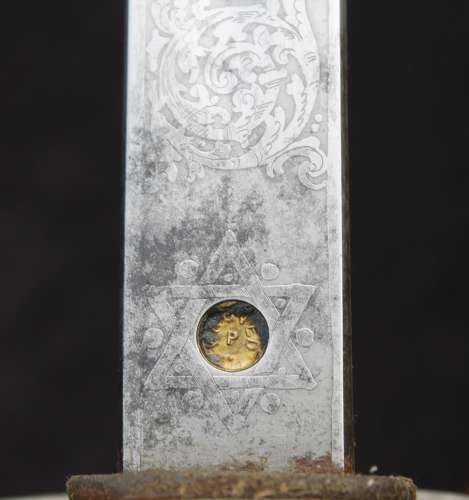 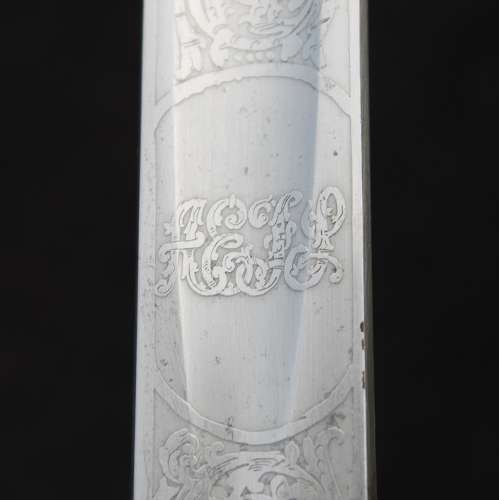 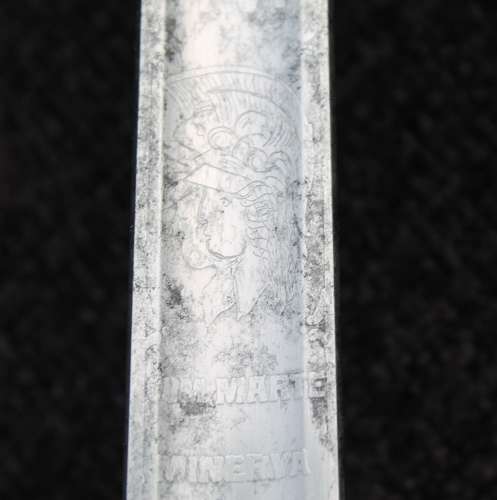 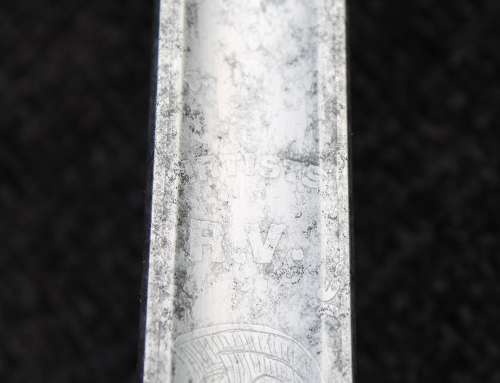 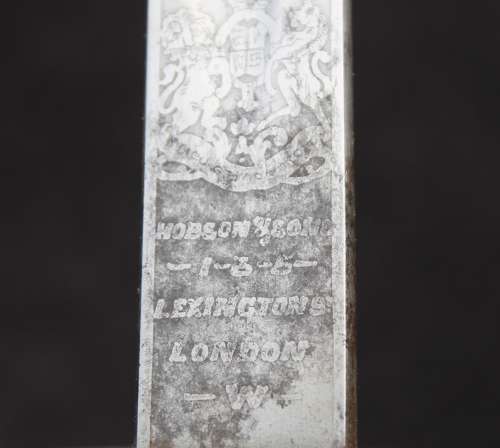 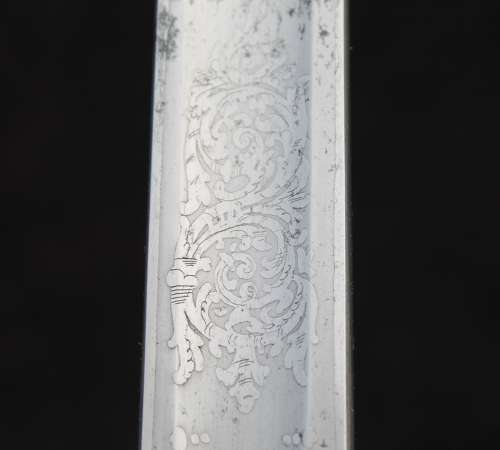 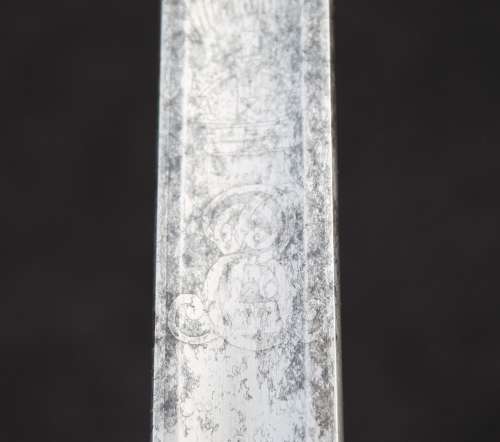 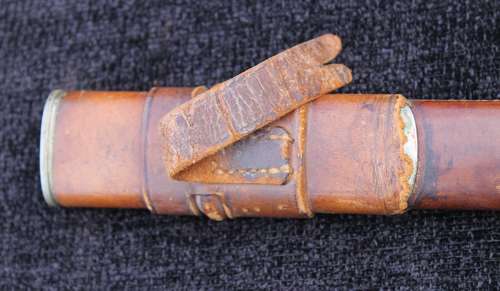 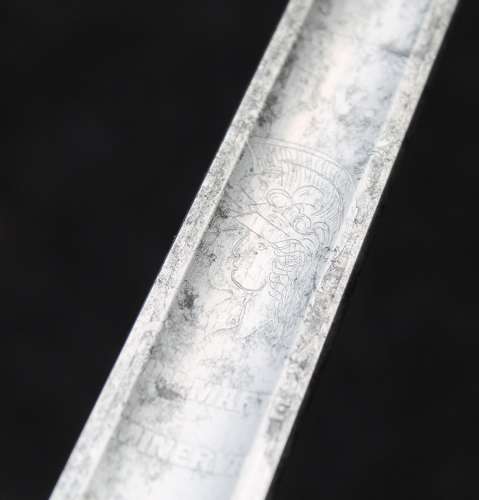 The blade has some areas of staining, but no rust or pitting to the blade. The hilt is in good condition. with no dents or knocks. There is some discolouration to the interior of the guard as one may expect, but the whole sword is completely as found, and would improve greatly from some sympathetic cleaning. Some small areas of plating loss, but these could easily be stabilsed. The grip is bound in shagreen and brass wire, and is free from loss.

The scabbard is really very interesting, being of particarly solid construction. It has plated mounts at the throat and drag, which have been covered with leather to suppress and glare/light reflection.

M.C. Citation published on January 10th 1918 and reads as follows:

At Pilkem Ridge on 31st July 1917, For conspicuous gallantry and devotion to duty. During an attack he displayed remarkable initiative and grasp of a difficult situation in capturing his own objective, as well as a strong point outside his area which would have considerably held up the attack. On obtaining his objective he quickly reorganised, under heavy machine gun fire, and throughout this day and the following one he kept his company going under the most adverse circumstances by his splendid personal example.

A very interesting sword with a combination of features which make it rare and desirable.