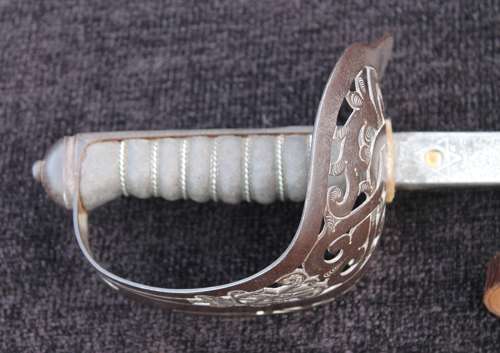 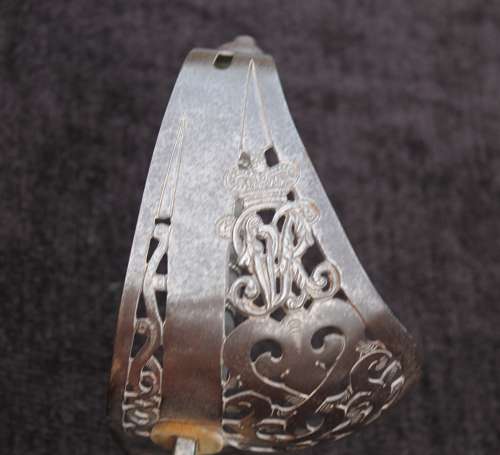 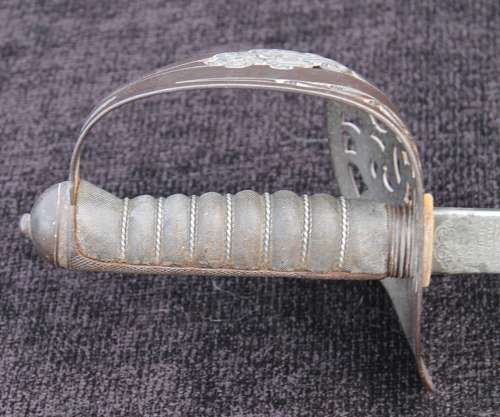 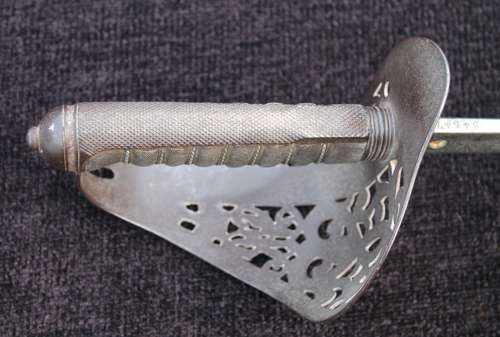 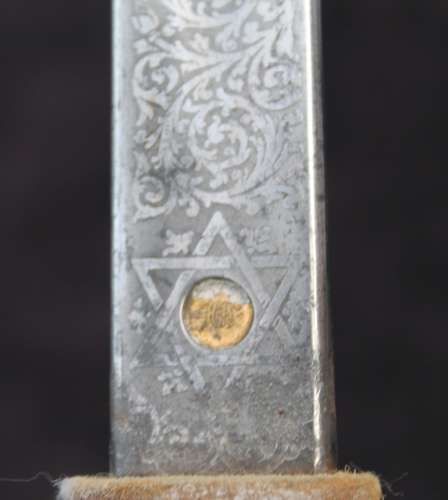 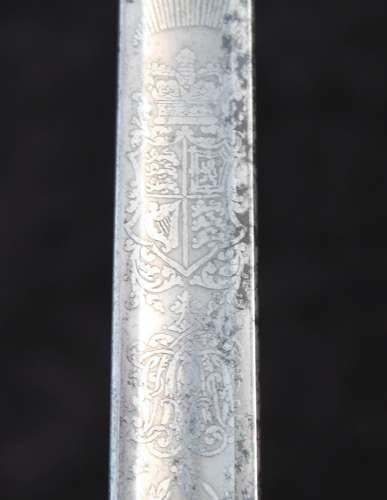 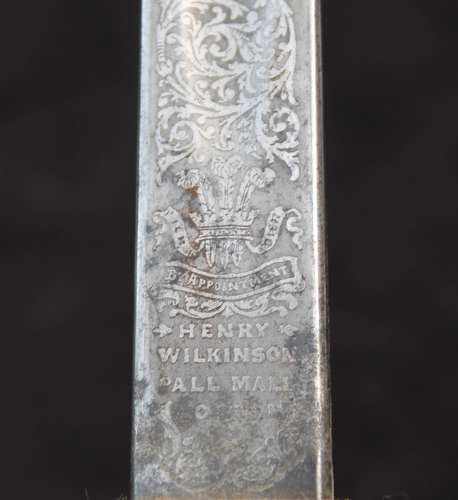 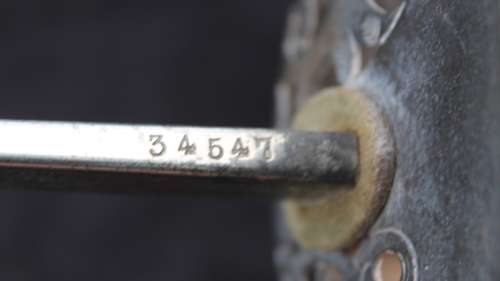 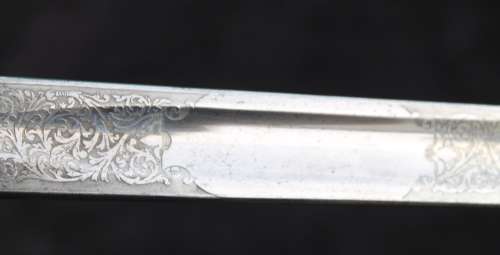 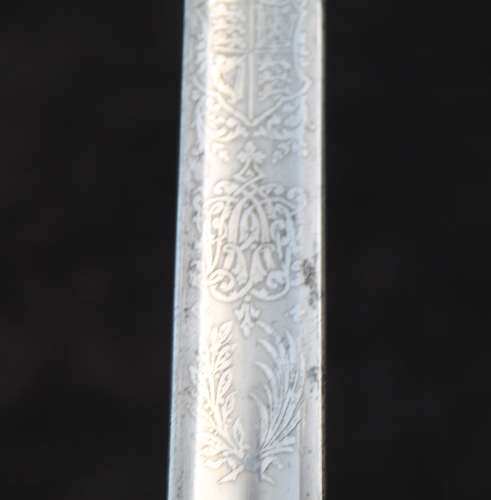 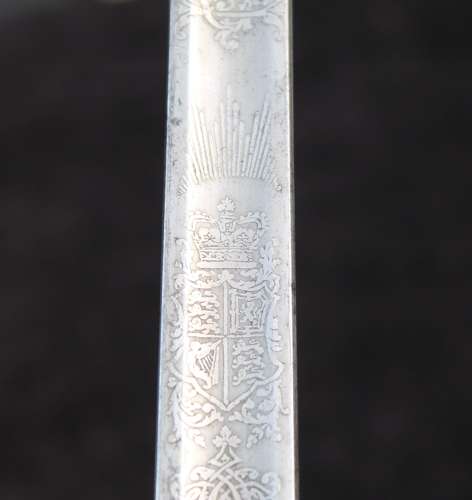 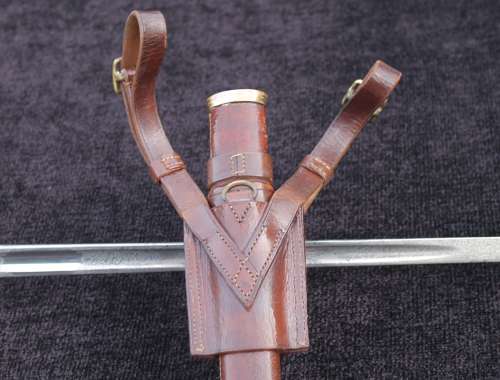 This example produced by Wilkinson sword Ltd in October 1896. The proof ledger records that this sword was sold to Lieutenant G.E. Sharp, of the 1st Battalion, East Lancashire Regiment.

The sword in good, untouched condition. Staining to the interior and exterior of the basket, good clear crowned VR cypher. Smooth pommel with chequered backpiece. Shagreen grip 95%+ compete and bound with silver twistwire. No movement between blade and hilt.

George Edward Sharp joined the East Lancashire Regiment direct from Sandhurst as a 2nd Lieutenant in May 1891. He served in the South African war in 1900-02. He took part in operations in the Orange Free State Feb. to May 1900, including actions at Karee Siding, Vet River and Zand River ; in operations in theTransvaal in 1900 (action near Johannesburg), in Orange River Colony 1901; in Cape Colony 1901-02 (Queen's Medal with three Clasps, King's Medal with two Clasps).

He was later served in the Army Pay Department, where he was awarded a Mentioned in Despatches, and promoted Brevet Lieutenant Colonel, in Febuary 1918. He was awarded an OBE in 1919.

Plenty of research left for the next owner, sadly I only have time for a cursory glance. Complete with a digital copy of the Wilkinson proof ledger page for this sword.