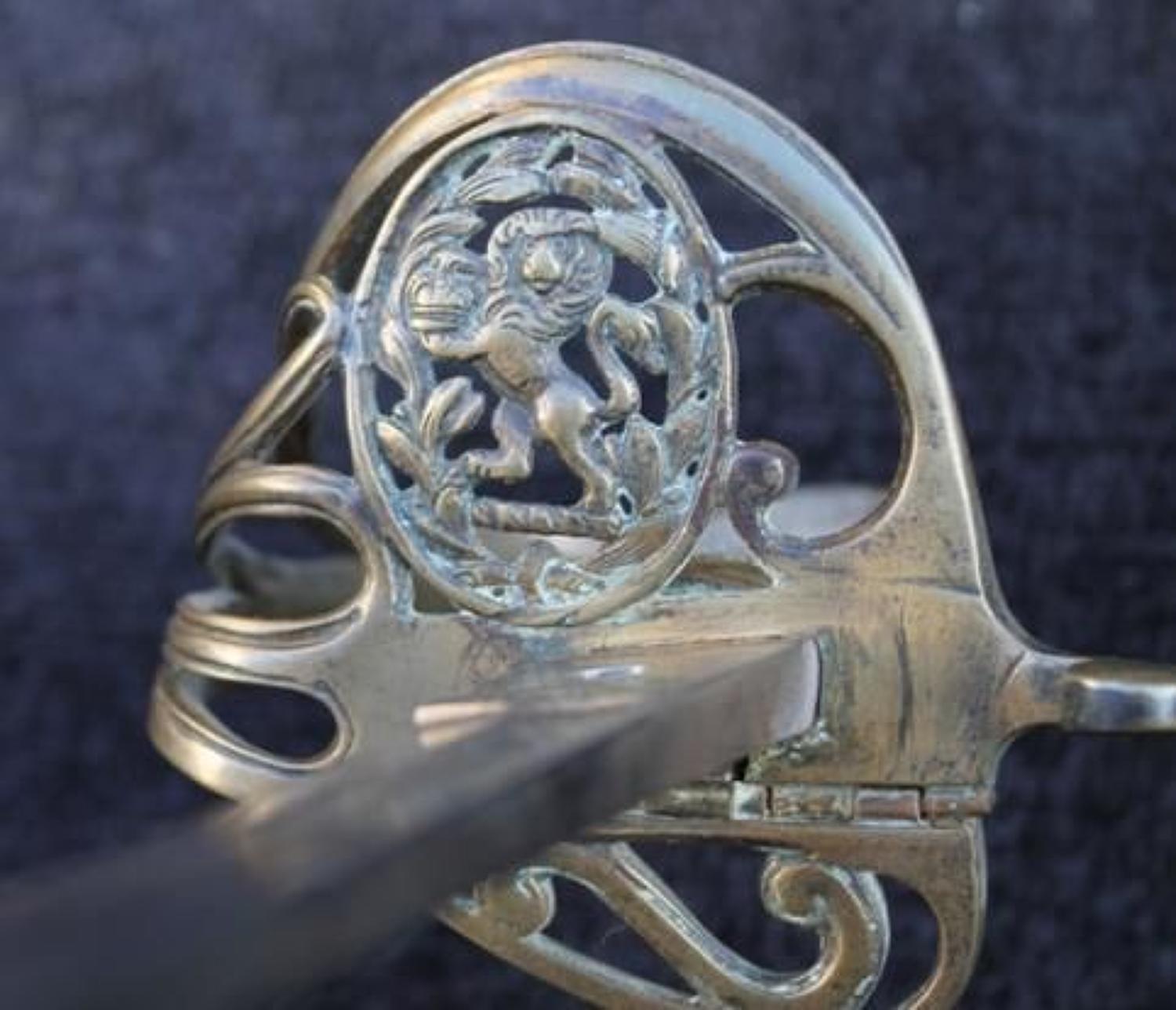 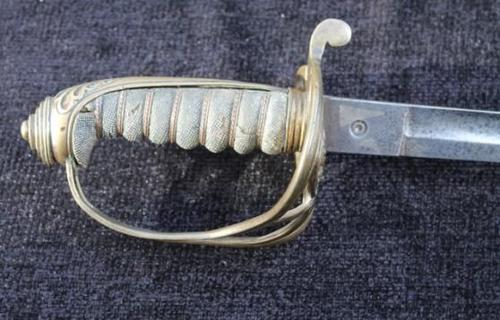 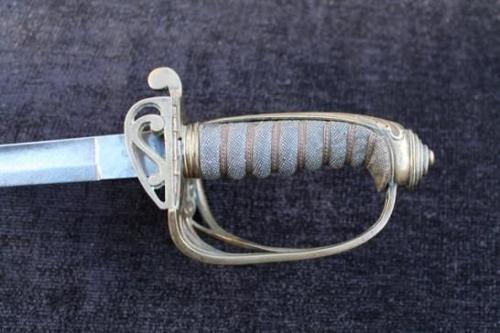 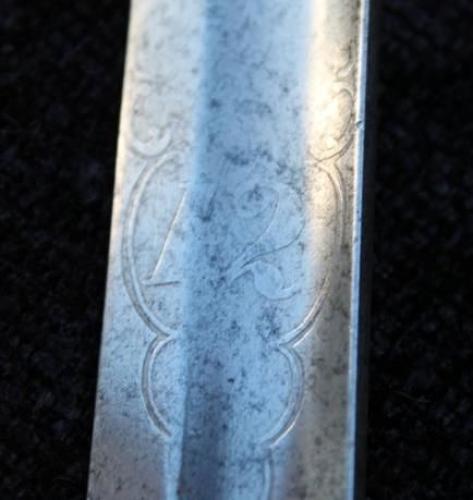 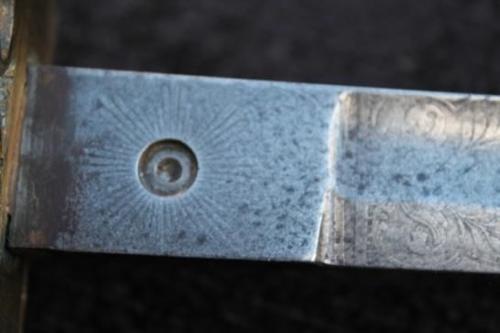 Here we have a rather unusual example of an East India Company Officers Sword.

Outwardly it is a standard EIC infantry officers sword of 1822 type.

However, closer examination of the blade etching reveals a cartouche with the number "12" in it, along with the winged lightning bolts commonly associated with either artillery or engineer regiments.

"Bombay Artillery List of Officers" by Col. F.W.M. Spring. reveals that there was a 12th company of Native Artillery raised on March 28, 1846, which were shortly after designated the 5th company 4th Battalion on the 20th July 1846, giving a four month window for an artillery unit with the designation "12".

Further to this, the 1849 EIC list shows one possible candidate for ownership of such a sword, Second Lieutenant Charles Edwin Allom, Bombay Artillery, Appointed as such in the Season of 1846, (12th June 1846) he seems a very likely candidate, as the short lived 12th were still in existence at that point. Not long after this, artillery officers also adopted the 1821 pattern light cavalry officers sword.

Taken altogether, it seems likely that this sword was indeed owned by Allom.

Sadly, like so many officers seeing service in India, Lieuteant Allom's life was cut short. He died at Peshawur November 23rd 1849 aged 22 years.

His obituary was published in "The Indian News and Chronicle of Eastern Affairs: 1850":

"We regret to have to announce the death at Peshawur, on the 22nd of Nov. last, in the 23rd year of his age, of Lieutenant Charles Edwin Allom, of the Honourable East India Company's Bombay Artillery. Lieutenant Allom was the second son of Thomas Allom, esq., the well-known architect. He had highly distinguished himself at Addiscombe, and was regarded as a promising young officer. He was present during the memorable siege of Mooltan, where he commanded a battery of five guns; afterwards at the battle of Guzerat, in which he had a similar charge. He accompanied Sir Walter Gilbert in his pursuit of Shere Singh, and finally remained at Peshawur, where he was attached to the survey department, the arduous duties of which contributed to the early close of his useful career. His death will be deeply mourned by his sorrowing family, and the numerous friends to whom his many virtues had fondly endeared him."

Sold with a copy of the Journal of the Army Historical Research Society Volume LV No 223 Autumn 1977,which features an article on Lieutenant Allom together with a photograph of a painting of him in full dress uniform of the Bombay Artillery prior to going India. The portrait was painted by his father Thomas Allom. Interestingly he is depicted wearing a sword, described in the text thus "the sword scabbard is of black leather with gilt mountings, the hilt is also gilt with gold sword knot and bullion tassels."

The sword itself has a blade length of 32.5 inches. good clean blade, free from pitting, and with visible etching, although it would benefit from some sympathetic cleaning. The proof slug is absent. Makers escutcheon is vacant. The brass guard is slightly misshapen, with no breaks. The folding guard still operates under spring tension. Shagreen and wire grip is mostly present, with one or two small cracks to the left hand side. No scabbard.

EIC swords in any condition are uncommon, regimenatally designated examples even more so, and attributable pieces such as this are few and far between.