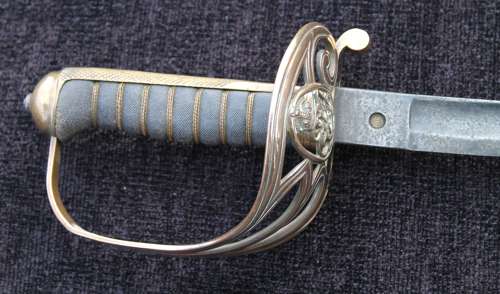 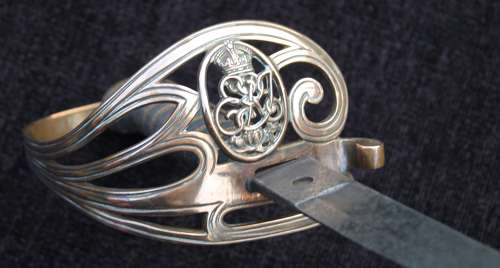 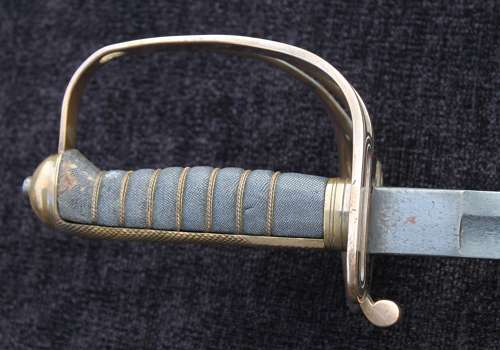 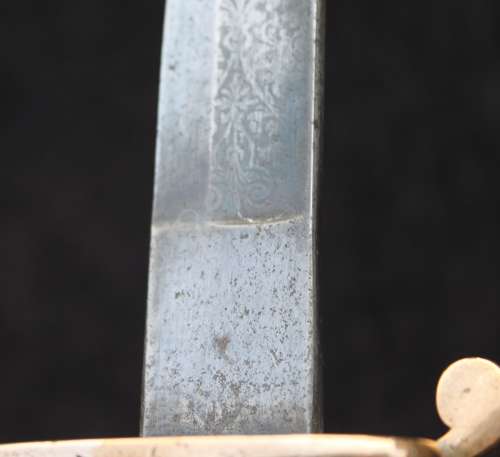 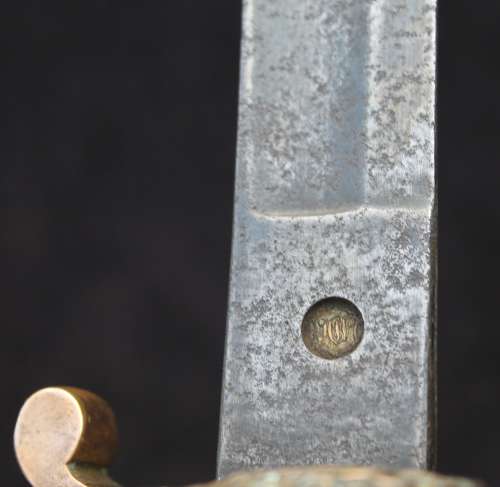 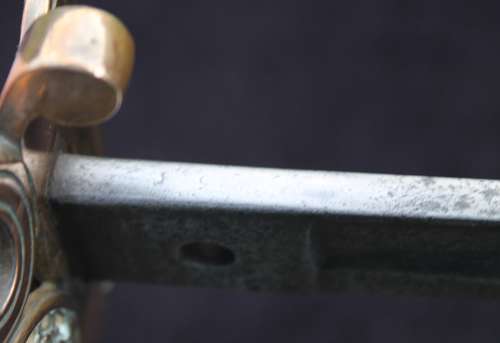 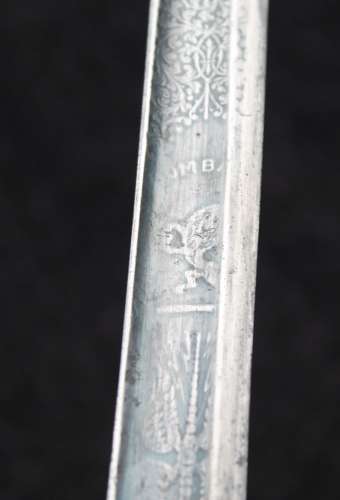 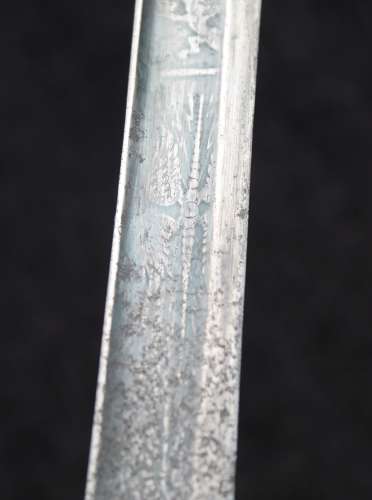 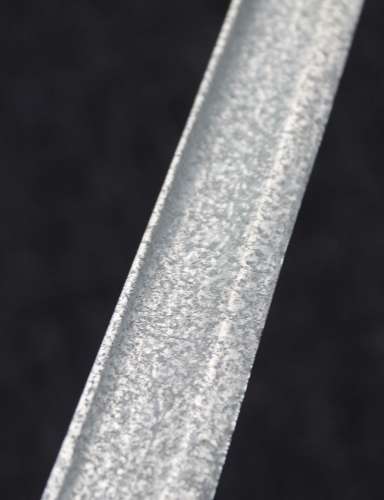 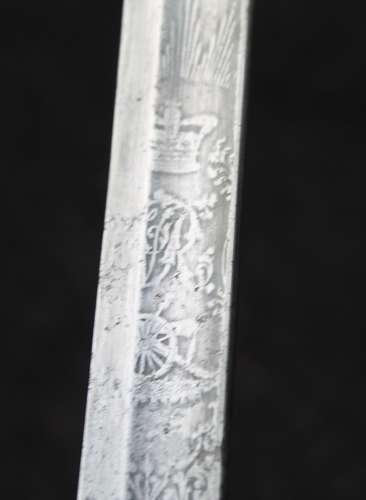 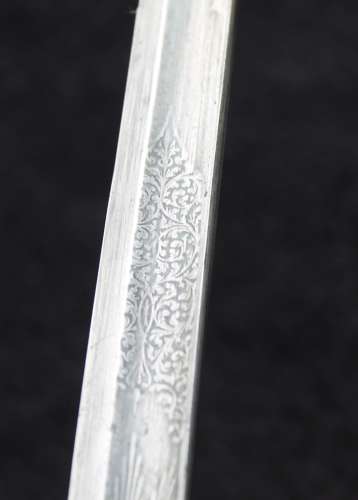 Here we have a rather intriguing sword.

The blade is produced by Wilkinson of Pall Mall, identified by the proof slug, partially legible serial number, and the etching. The serial number looks to be four digits, so a realtively early numbered sword.

Some of the legible blade etching reveals a East India Company Lion, surmounted by the word "Bombay" and the feathered lightning bolts of the artillery. On the other side, one can see the crowned VR above an artillery piece. So rather safe to assume this was a Bombay artillery sword.

The rest of the swords etching is hard to make out, and cleaning may reveal more detail. The sword has obviously been service sharpened. The sword has been rehilted to a 1854 pattern guard, with ERI cypher for Edward the VII, indicating further service in India.

One could speculate whether the original owner had a very long career, or whether the sword was passed down and rehilted. Either way, this sword saw quite a few years service, and was obviously treasured enough to be rehilted, rather than replaced.

Further cleaning and investigation may reveal more details to identify the original owner, and that I shall leave for the new owner.

Blade now 31.75 inches. A slight bend towards the point, which could be corrected without too much trouble.