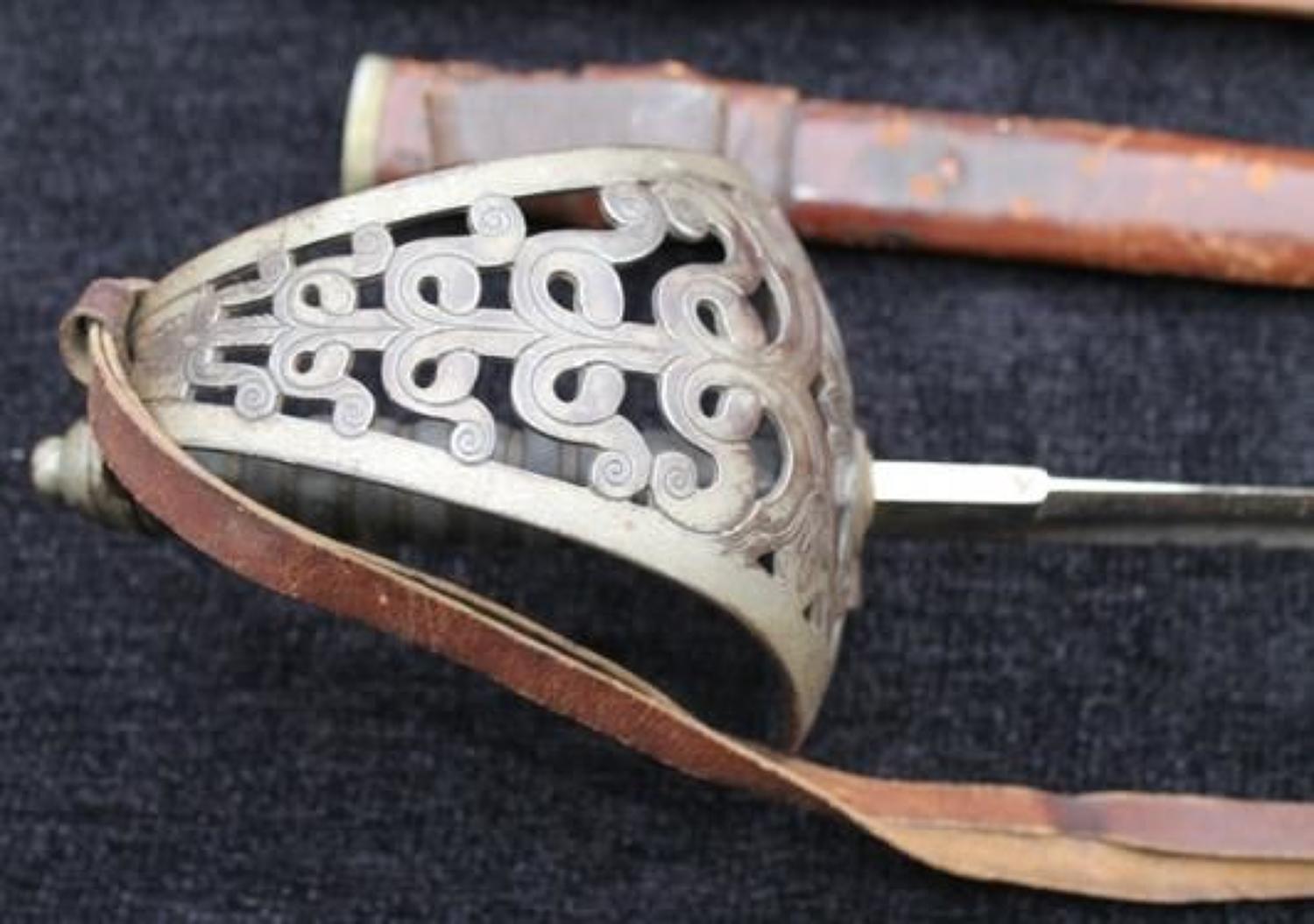 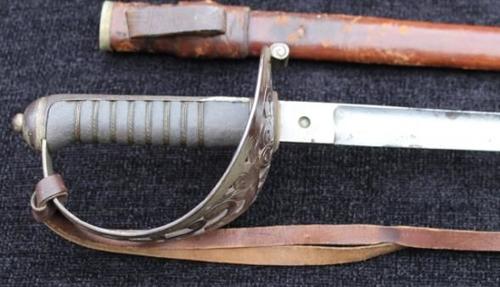 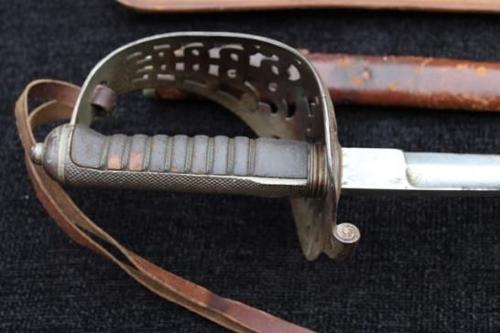 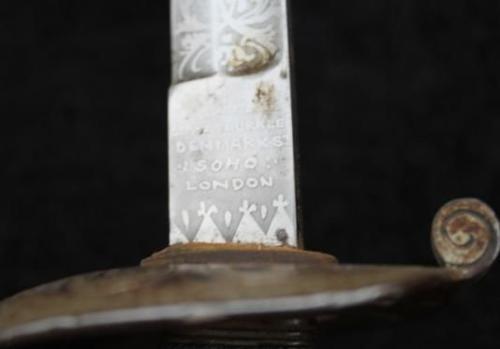 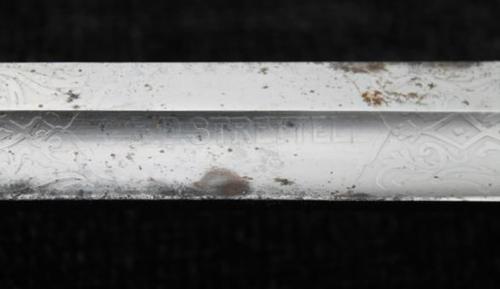 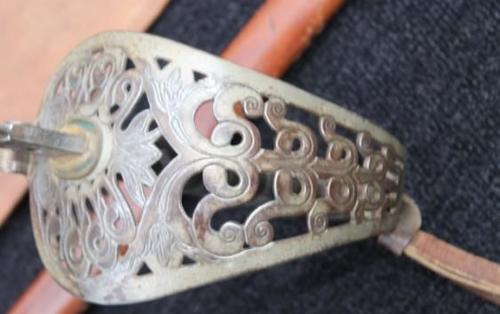 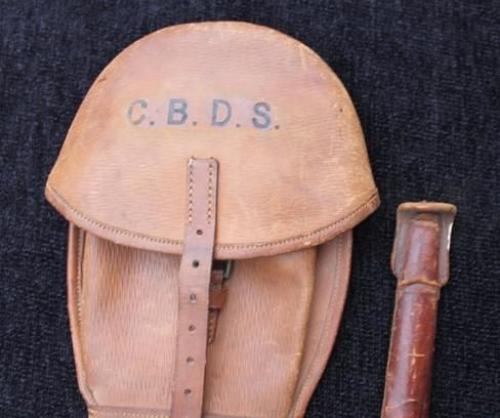 More infomation and a good image of Strettell may be found here:

The sword itself complete with original sword knot and housed in field service scabbard within the outer protective carrying bag bearing Strettell's initials. The scabbard could use a feed, but is holding together well.

Condition is as found, the hilt appears to be coated in a protective grease, which has dried out, and will need a thorough clean, but with no major issues, dents or dings and should come up very nicely indeed.

The blade, by Edward Thurkle of Denmark Street, Soho, London. The blade is also covered in old grease, but appears bright, and should clean up very well. There is the usual foliate decoration, with Edvard VII crown and cypher. There is an etched panel with the initials and surname "C.B.D. STRETTELL".

All in all, completely "as found" and unmolested, a wonderful sword, which promises to yield much more research potential to the next owner.