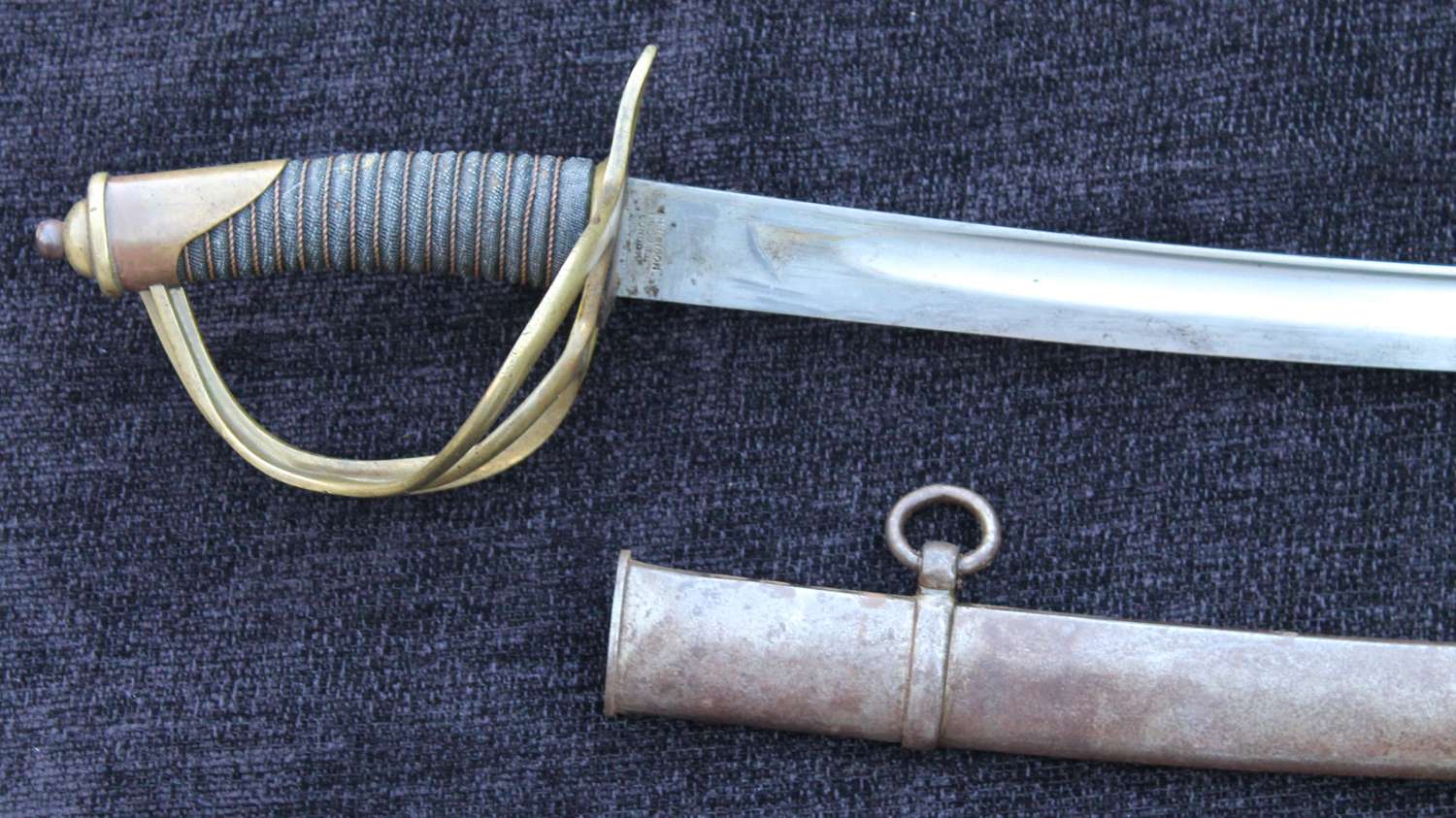 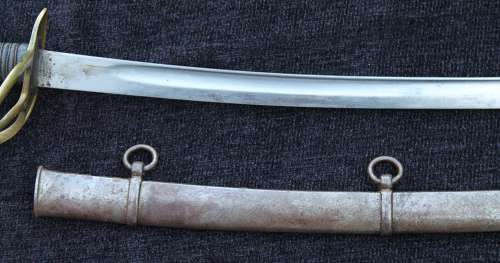 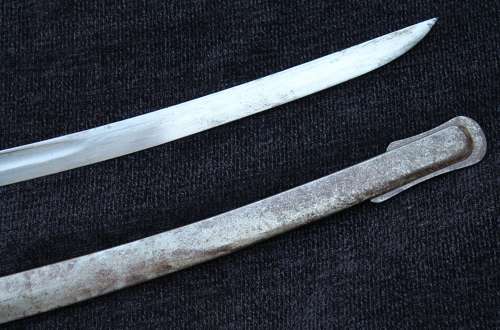 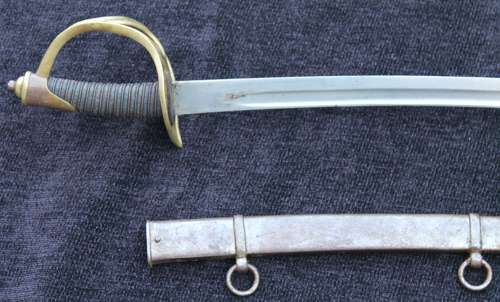 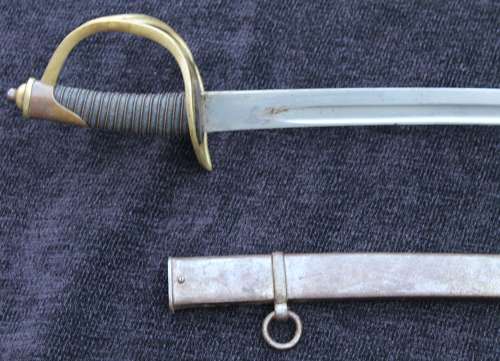 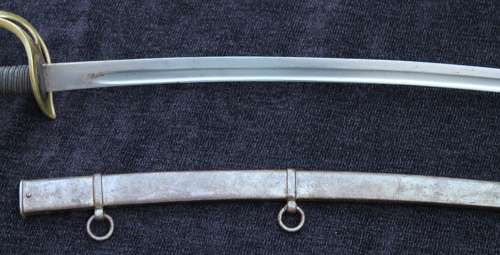 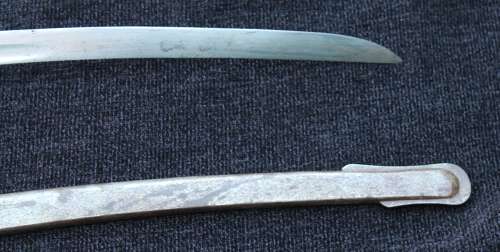 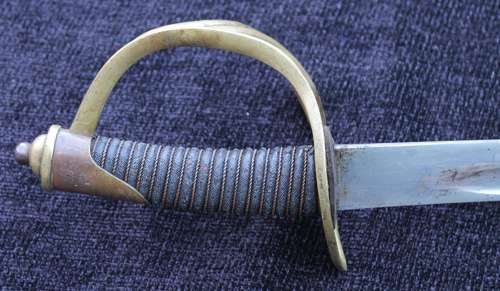 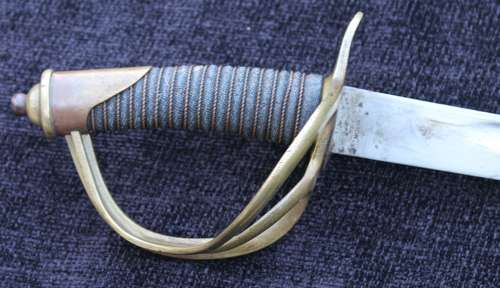 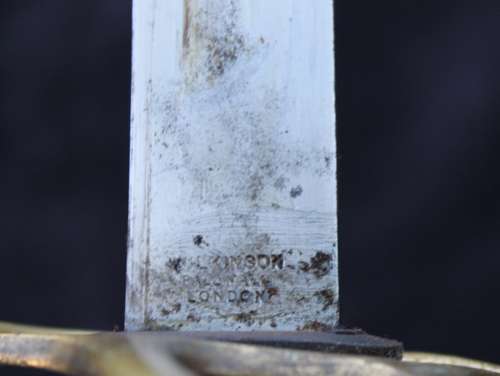 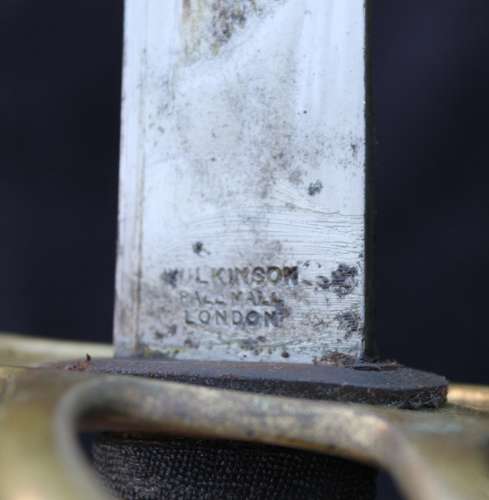 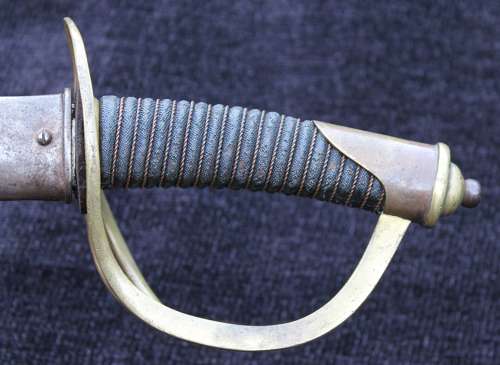 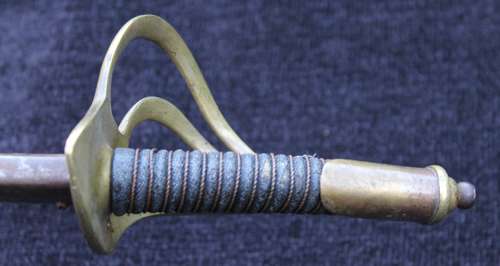 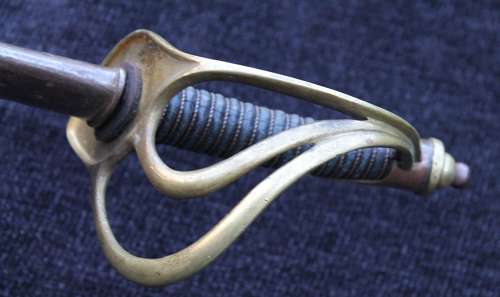 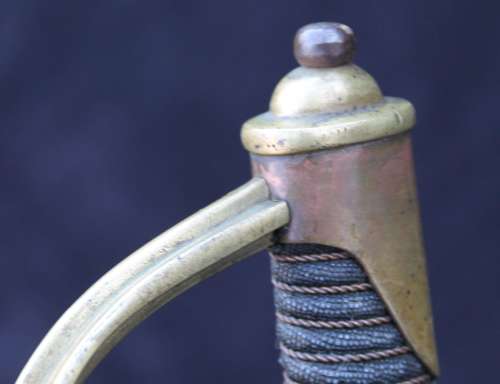 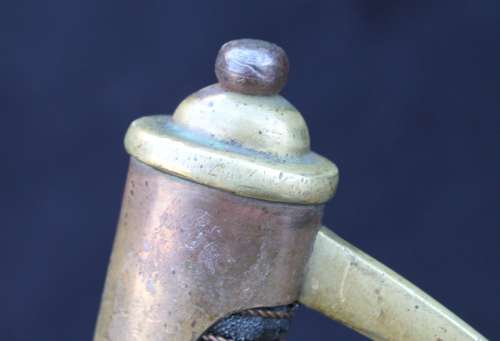 Here we have one of the more unusual Wilkinson produced swords of the late 19th Century.

Made to the basic pattern of the French model 1822 light cavalry troopers sword, by Wilkinson Sword of Pall Mall, London, on contract for the Egyptian Army whilst it was under British control at the end of the 19th century.

This example is in excellent condition, and looks to have never been issued.

The 35 inch curved blade is still greased, and marked with the makers stamp at the ricasso.

The brass hilt is formed of the standard French three bar guard but the grip is of typical Wilkinson design, being shagreen bound with twistwire.

The scabbard is steel with two suspension rings. It is covered with dried grease, dirt, and light rust, but will clean up very well.

A scarce sword, and one for the dedicated collector.