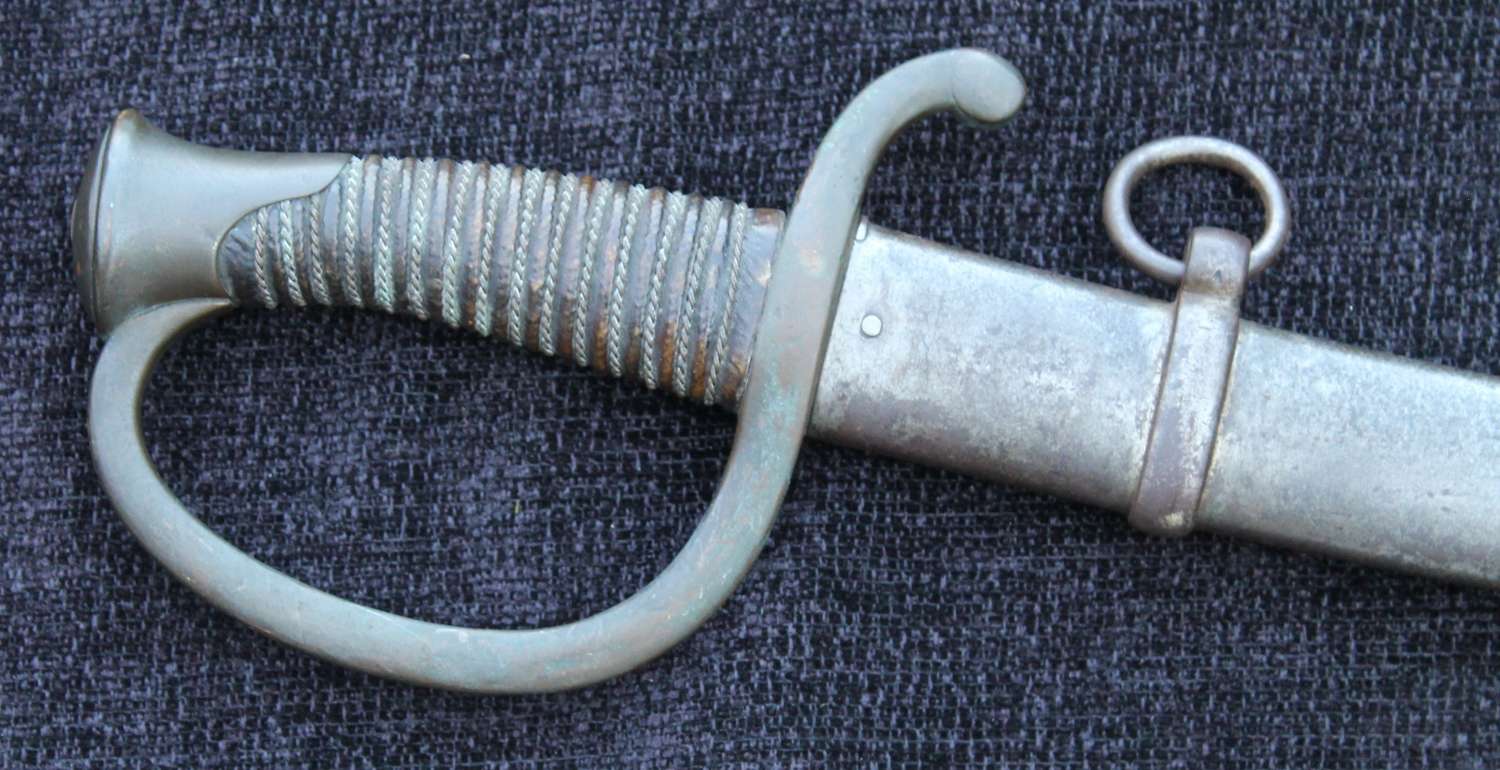 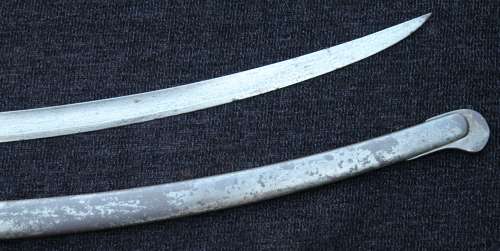 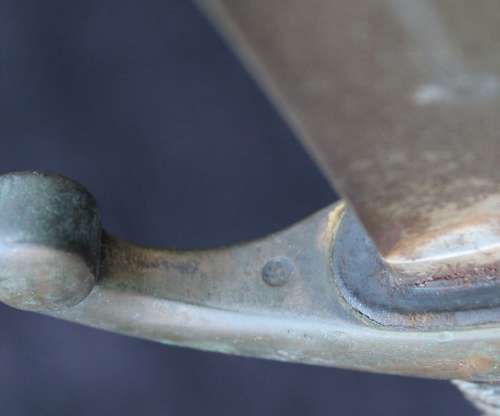 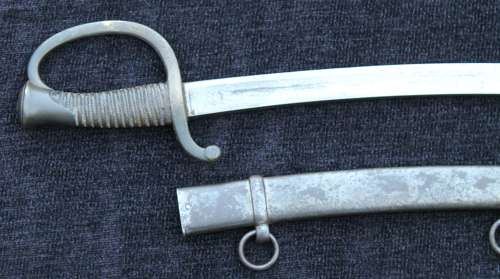 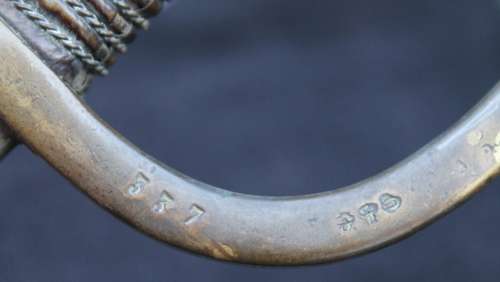 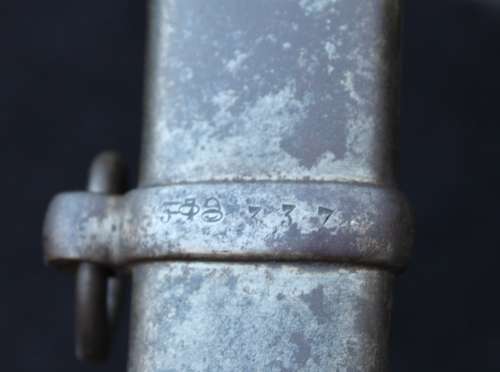 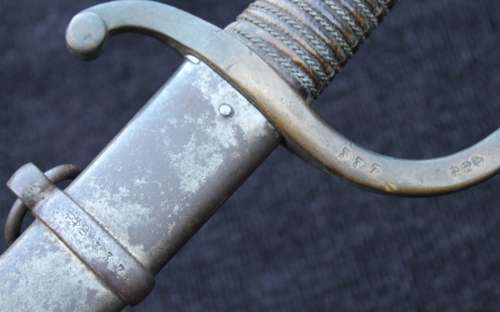 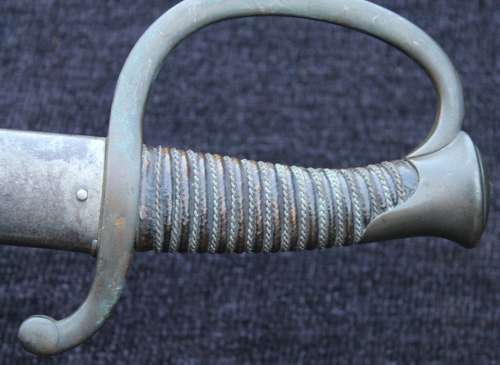 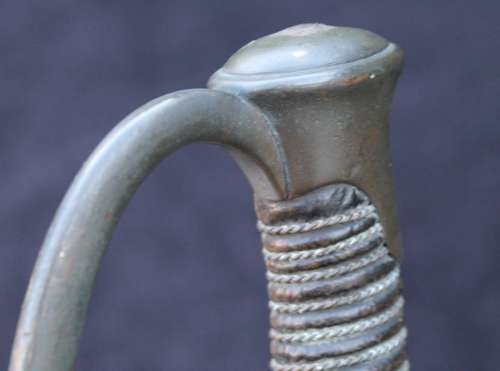 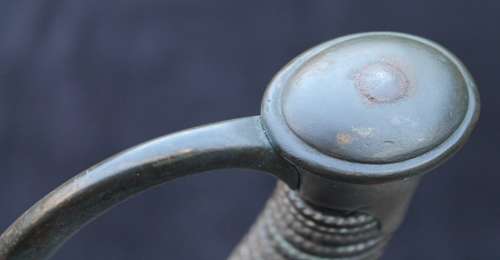 A good example of a French "Saber De Canonnier" or mounted Artillery troopers sword, model of 1829.

This model was used by mounted gunners units in the Artillery Train of both the Imperial Guard and Line regiments in all the major campaigns of the Second Empire, including in the Crimean War, Italy 1859, China 1860, Mexico 1862/1867 and Franco-Prussian War 1870/1871.

This sword was produced at Chatellerault in 1830, so an early example. It also has the added bonus of matching numbers to both sword and scabbard. Various inspection markings and poincons to hilt and scabbard.

Housed in its correct scabbard with twin suspension rings.

Untouched condition overall, and would benefit from a gentle clean.