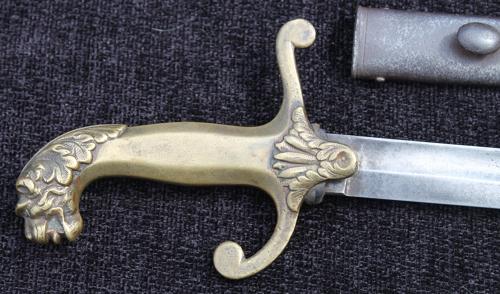 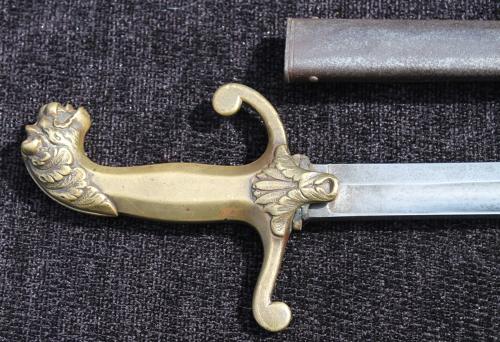 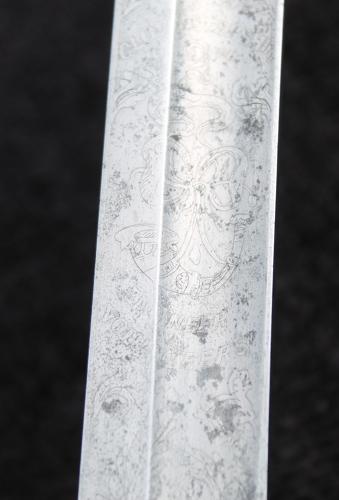 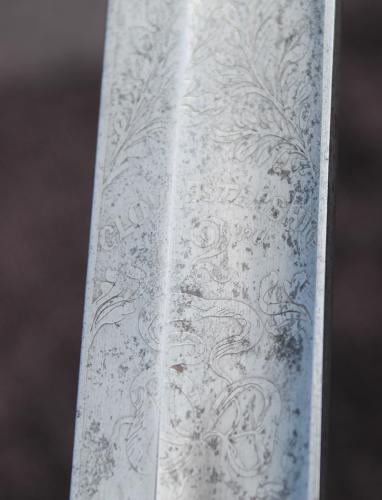 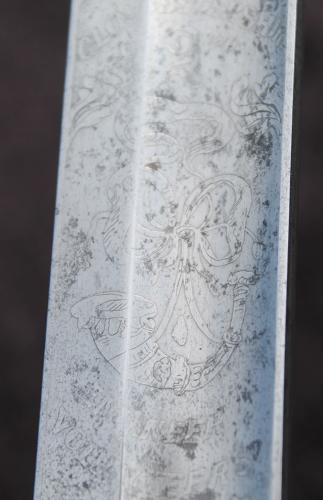 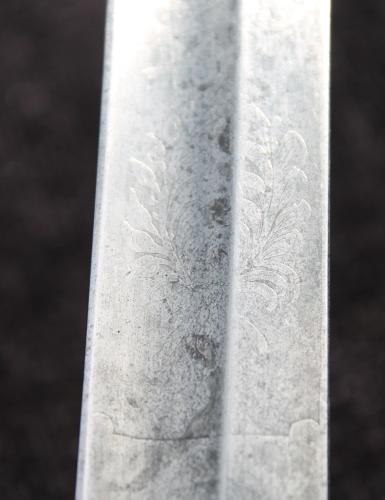 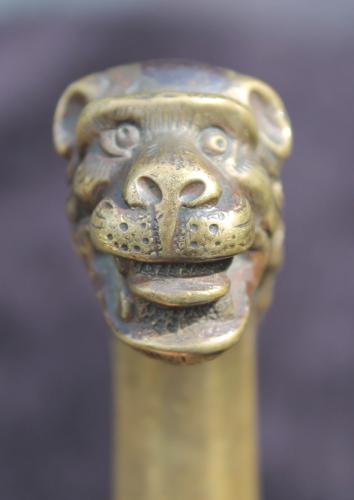 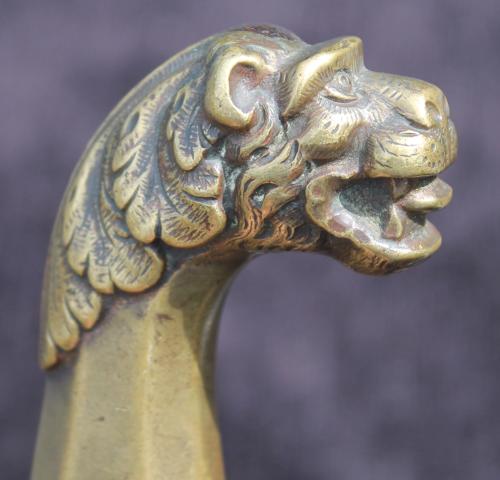 This example likely dating to the units formation circa1860. The 2nd were based in Bristol, and were also known as the Bristol Volunteer Engineer Corps.

This sword comes in very good condition, with well cast brass hilt, with the pommel in the form of a lion. S shaped quillions forming the cross guard.

The 27 inch blade is not maker marked, but instead carries etched foliage with a strung bugle to one side, and the same on the other, but surrounded by the text "Gloucestershire 2nd Engineer Volunteers". The blade with some staining, but no major corrosion, and the the etching clearly visible.

Housed in an iron scabbard, which has begun to split down its seam. Still holding together, and the sword sheaths firmly as it should. A single stud at the top for hanging in a frog.

Overall a very good example of a scarce pattern of sword perculiar to Victorian Volunteer units.