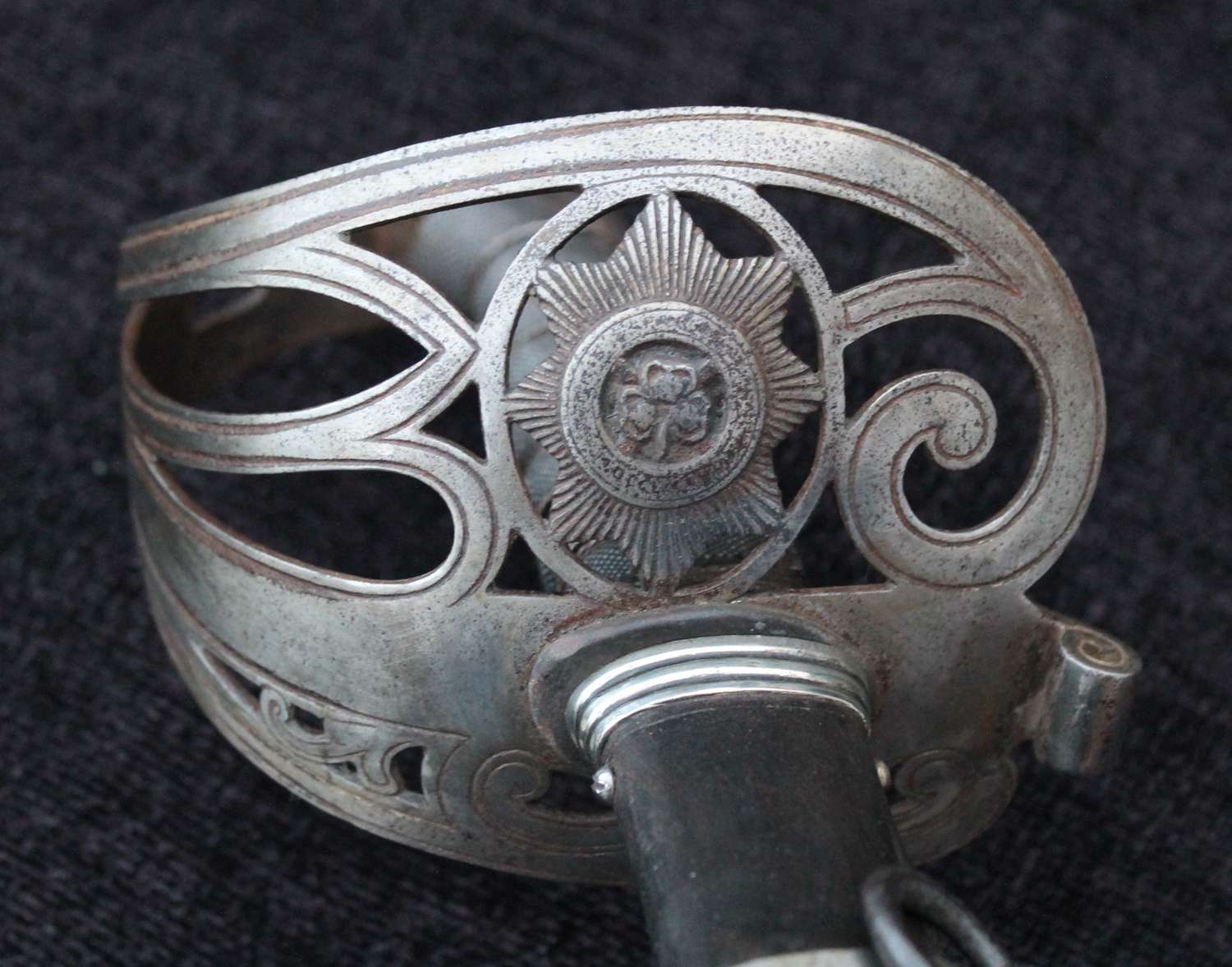 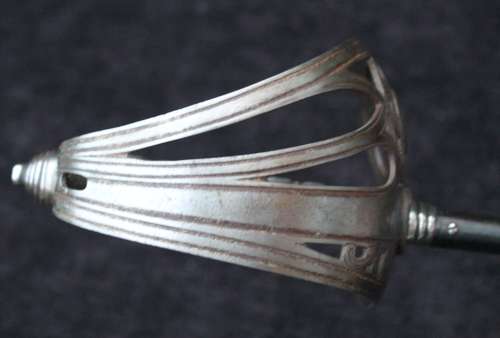 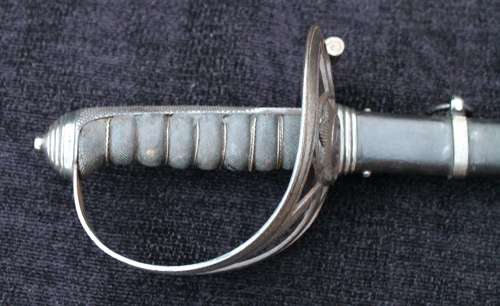 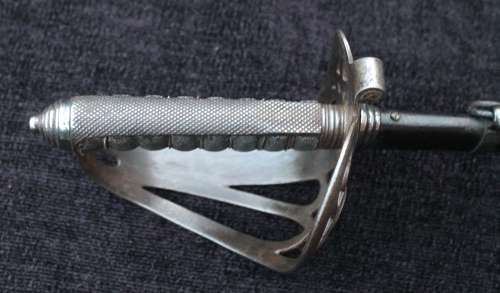 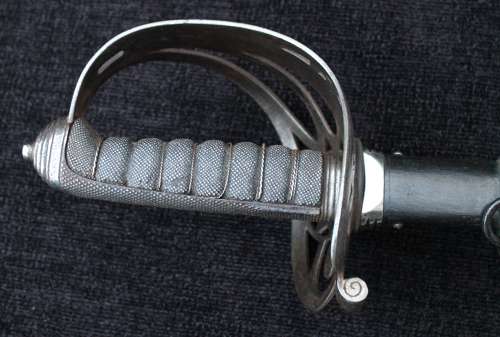 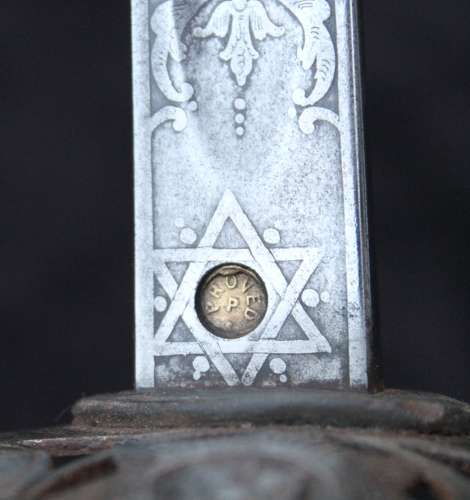 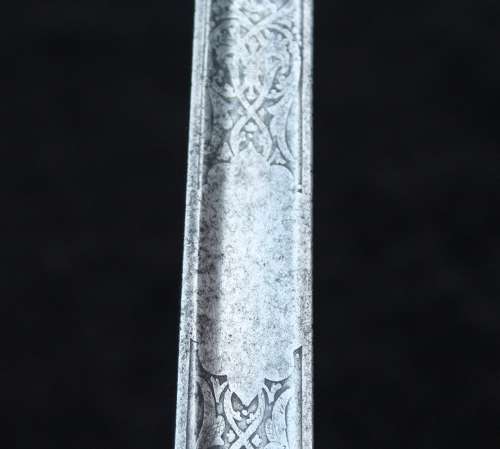 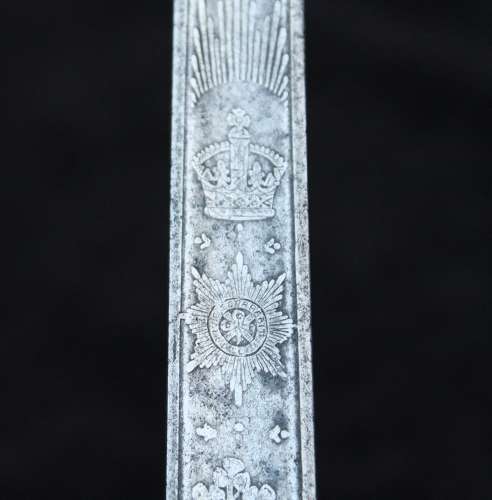 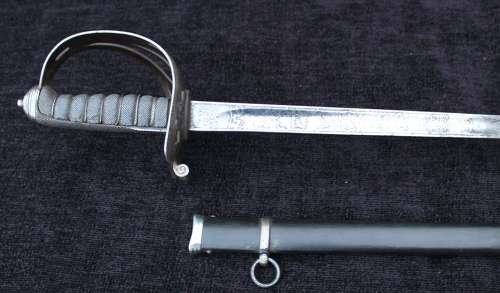 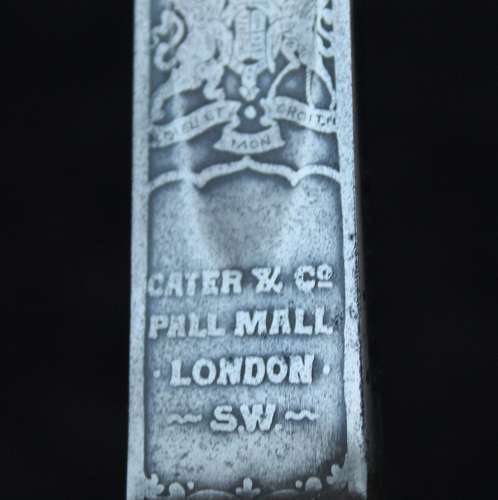 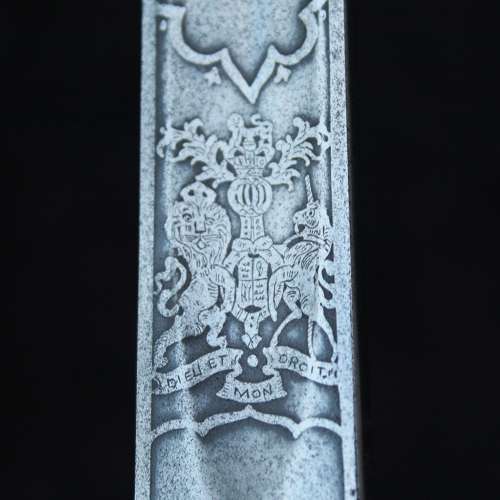 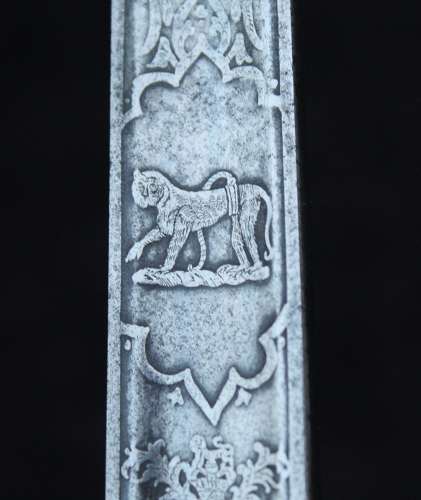 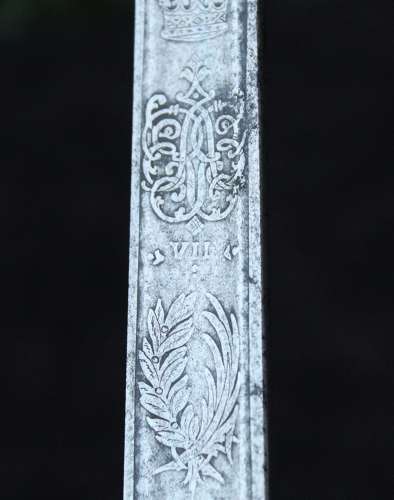 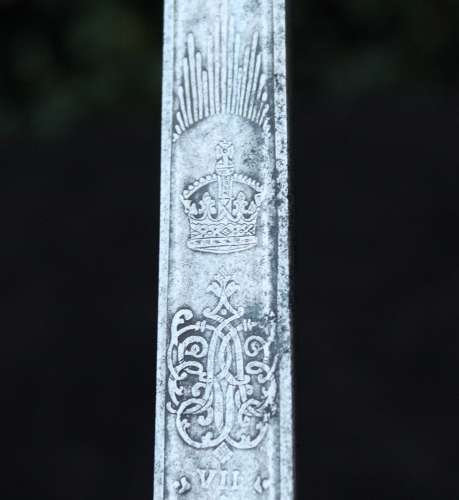 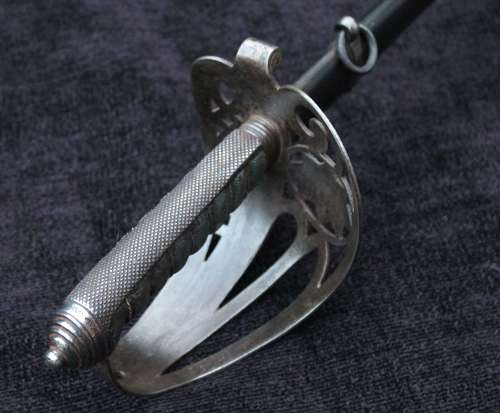 Born to Mary and Charles Hugh Berners, of Woolverstone Hall, Ipswich. He was educated at Eton 1895-98. After a period of foreign travel he appears to have enlisted in the KRRC, transfering to the Irish Guards in 1905. He was promoted Lieutenant in April 1906, and Captain in December 1912.

He proceeded to France with the 1st Battalion Irish Guards on the 13th of August 1914. He was shot through the chest and killed whilst advancing his company up a ridge to support the Coldstream Guards, during the Battle of Aisne aged 32. He is buried in the Soupir communal cemetary. He left behind a wife, Edith Mary Georgina Berners, (Nee Sandham) of North Audley Street, London.

Plenty of information, including photographs of Captain Berners, can be found online. There are also some letters written by Berners available here: http://www.monlib.org.uk/oawar/mons-retreat2.html

The sword comes in good, untouched condition. It would benefit from a thorugh clean and polish.

1854 Guards Pattern hilt with Irish Guards badge in the cartouche. Stepped pommel and chequered back piece. Shagreen grips 95%+ complete, with most of the original silver twistwire remaining.

The blade retailed by "Cater&Co Pall Mall London SW" but likely produced by Pillin, judging by the proof slug and serial number. Well etched blade bearing the Irish Guards badge and the cypher of Edward VII, along with the usual foliate etching.

Housed in a steel dress scabbard with twin hanging rings. The body of the scabbard has been paineted black, with only the mouthpiece and bands left bright. I have heard this was done for Edward VII's funeral. Minor dents but good overall. The blade also bears the Berners family crest, of a belted/chained monkey.