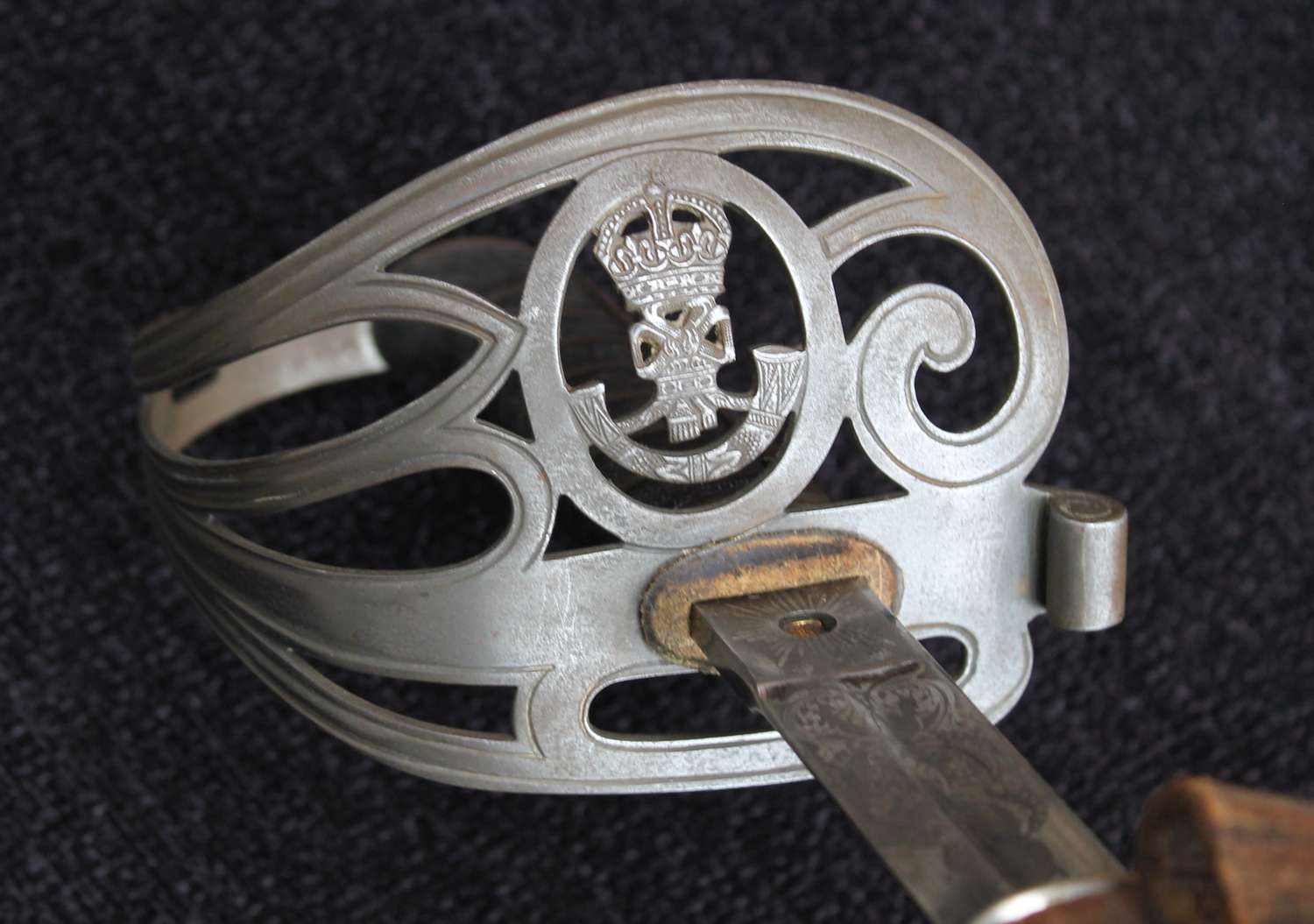 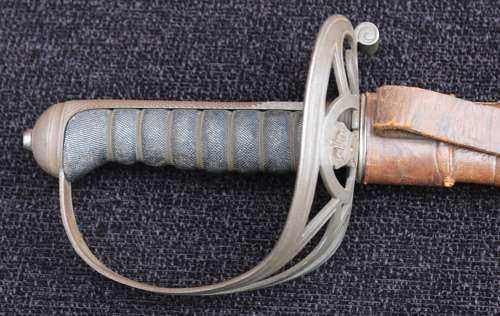 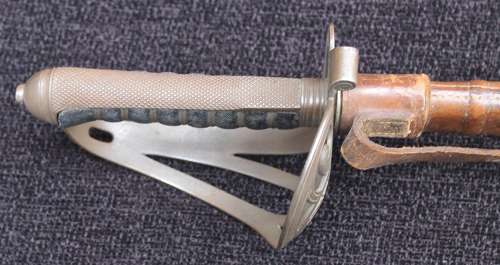 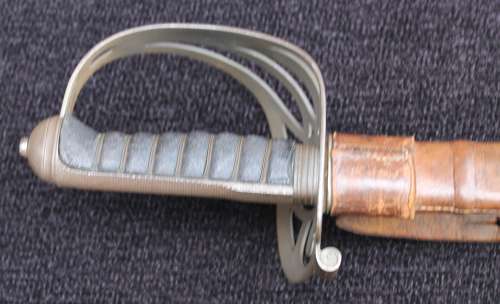 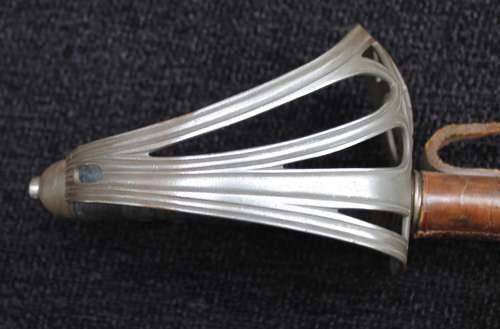 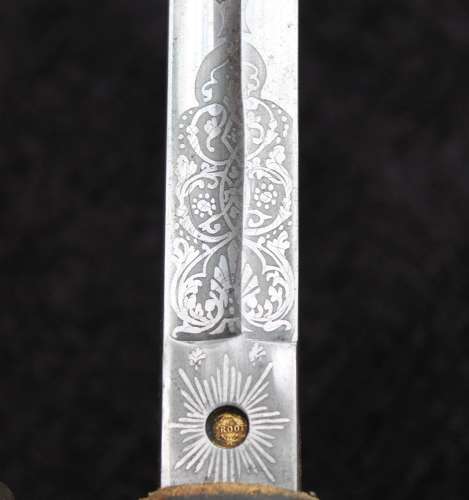 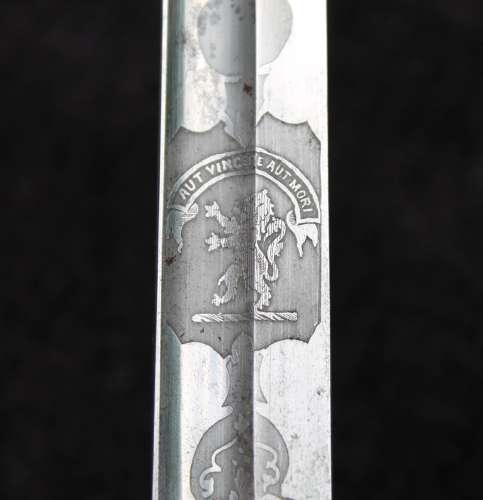 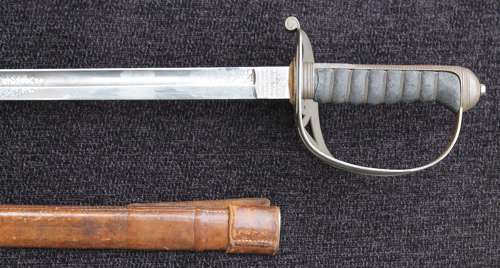 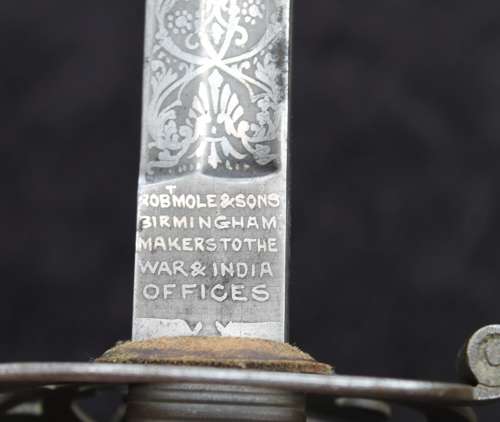 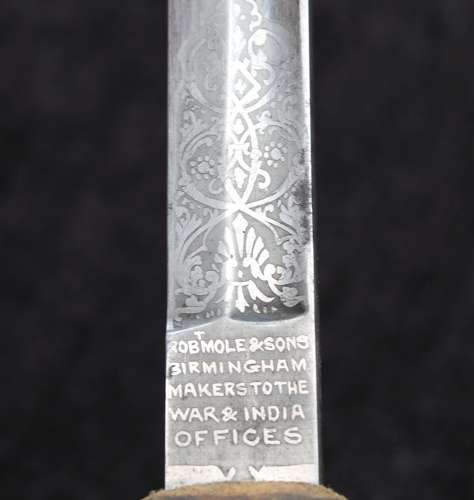 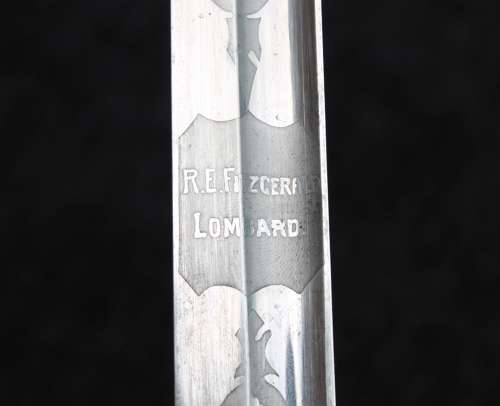 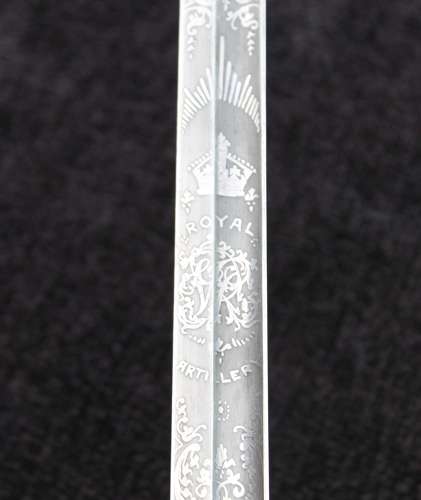 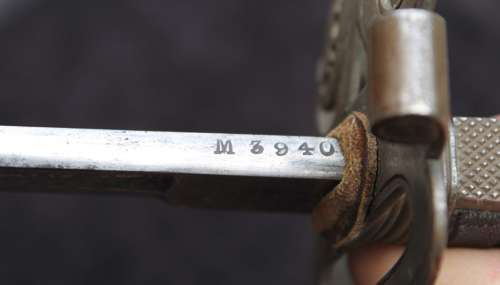 Originally commissioned into the Dublin City Artillery, and transfering into the Royal Artillery in 1900, Fitzgerald Lombard would have required an 1821 pattern Royal Artillery officers sword, and this example, which is still bearing the RA motto and insignia, was subsequently fitted with the 1827 pattern Rifle Officers gothic guard when the owner served with the Rifle Brigade. The blade bears the name and family crest of "R.E.Fitzgerald-Lombard" and he has had the forward section of the blade etched with two further panels, detailing some of his service career. Oddly, his other exploits have not been added. This can all be corroborated and expanded upon by the entry, below.

Taken from Thom's Irish Who's Who:

A unique and well travelled sword, which has seen active service with a colourful owner.