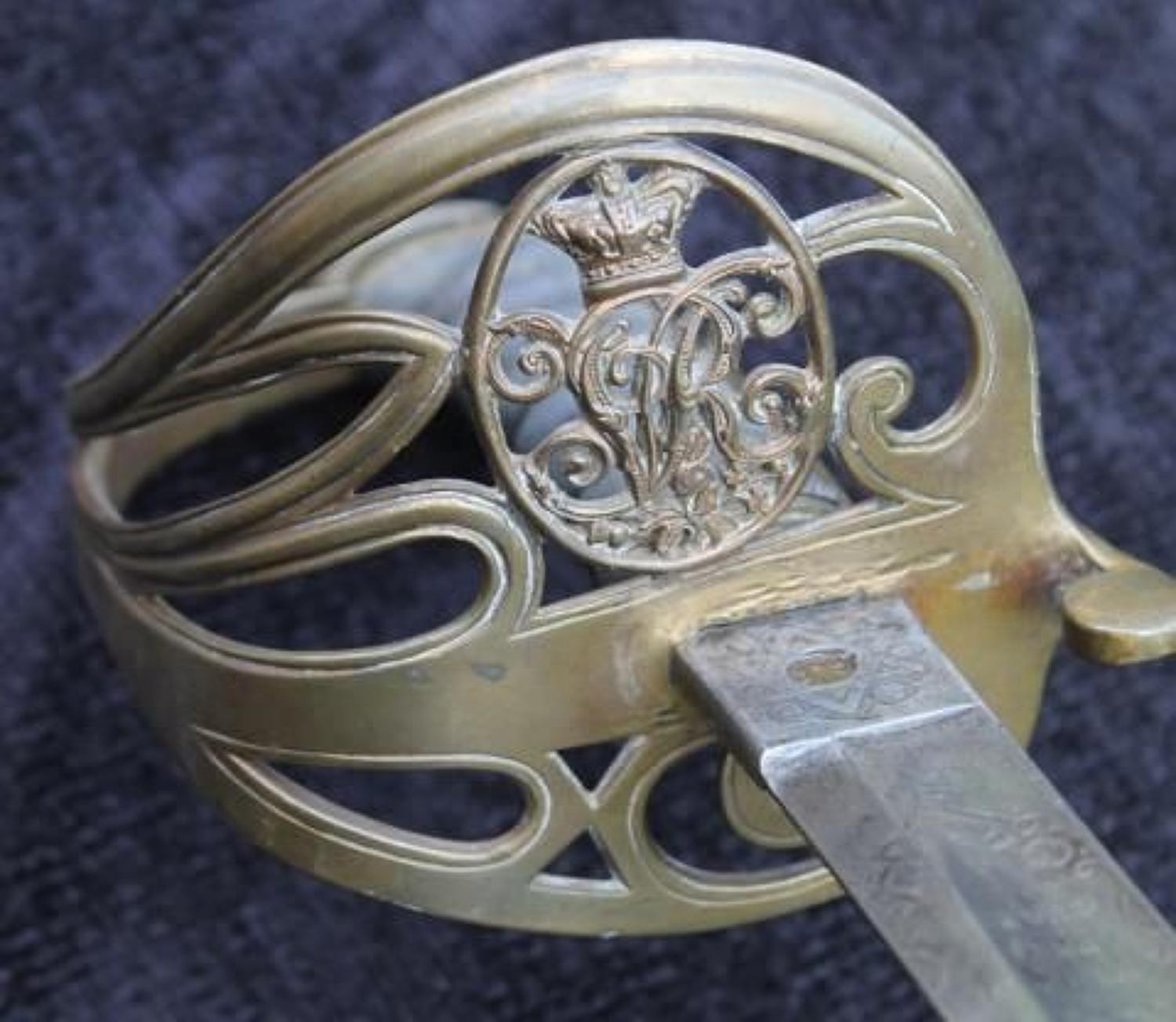 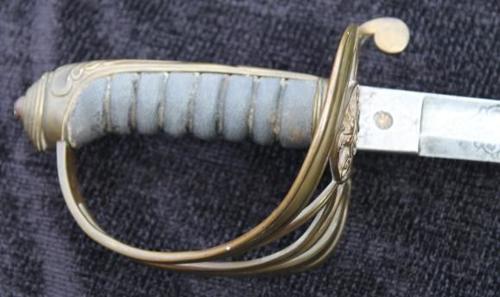 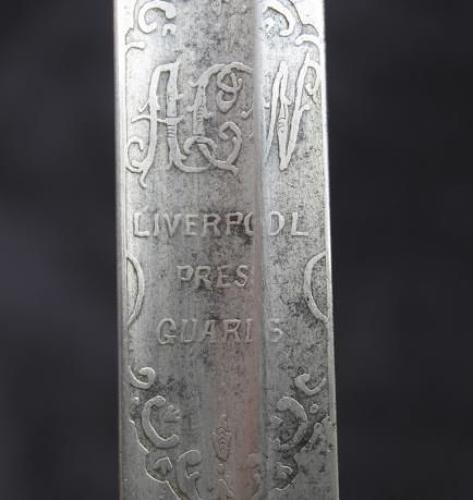 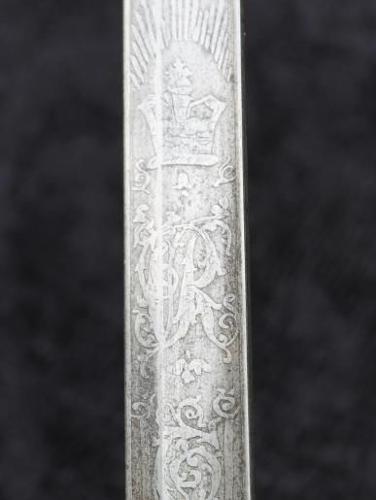 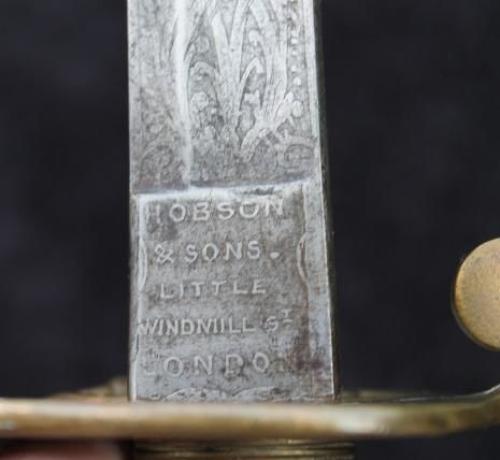 The Liverpool press guard, or the 80th Lancashire Rifle Volunteers, as they were also known, were formed in 1861 from the employees of the newspaper and printing trades. They became the 9th Battalion, Kings Liverpool Regiment in 1908.

A very clean sword, with bright legible etching, by Hobson and Son.

All shagreen present, but the twistwire is absent.

Housed in its correct steel scabbard with two hanging rings, which has been painted black.

An interesting sword, with plenty of research potential.