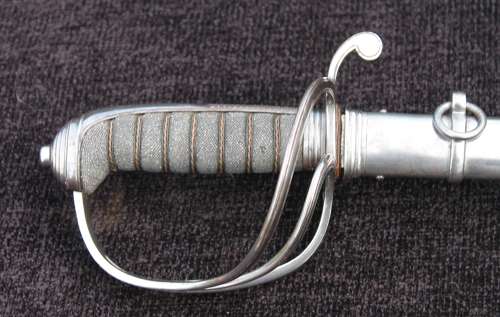 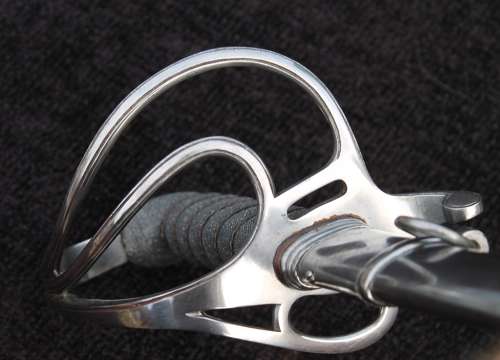 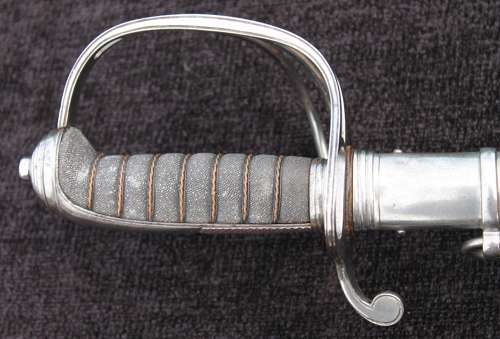 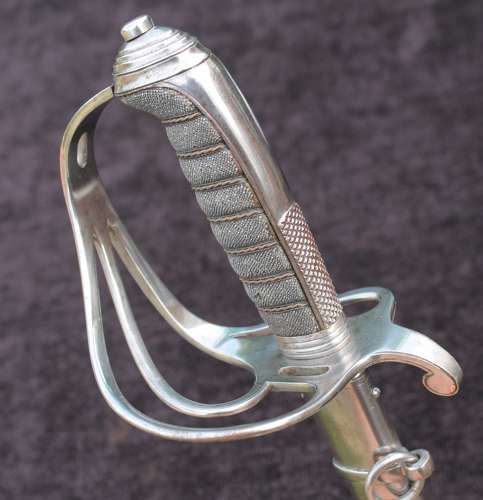 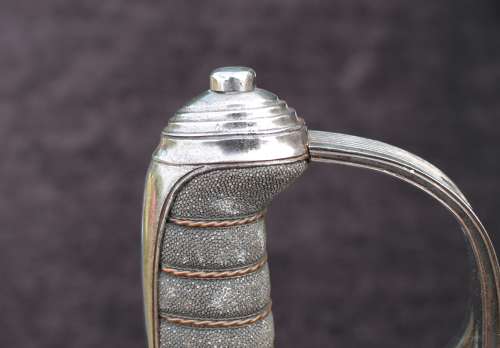 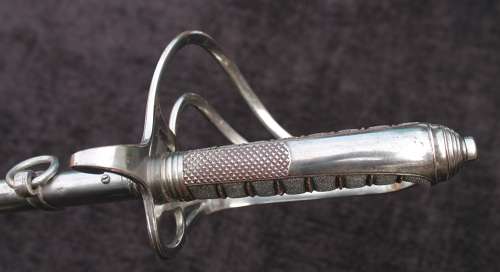 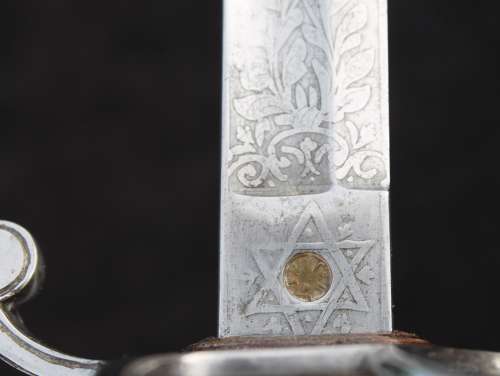 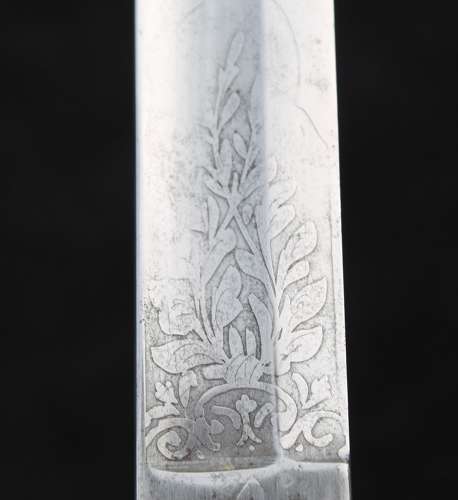 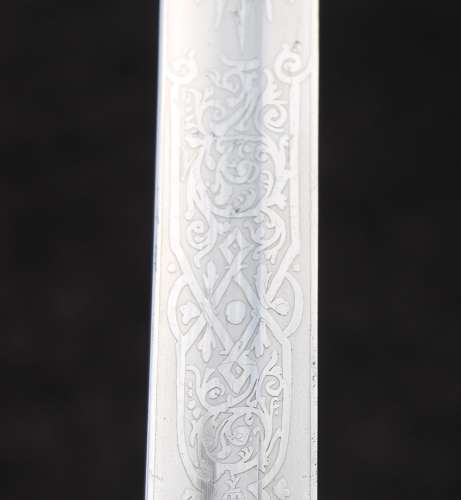 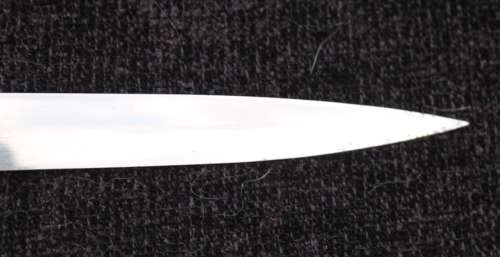 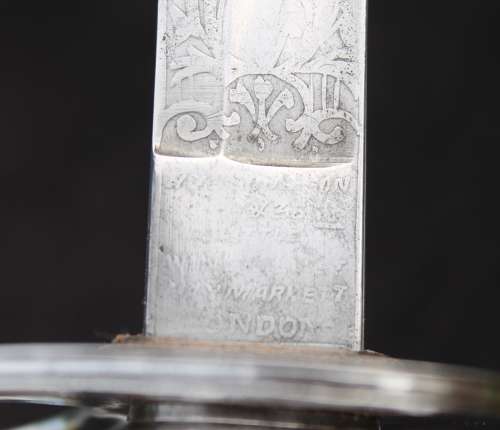 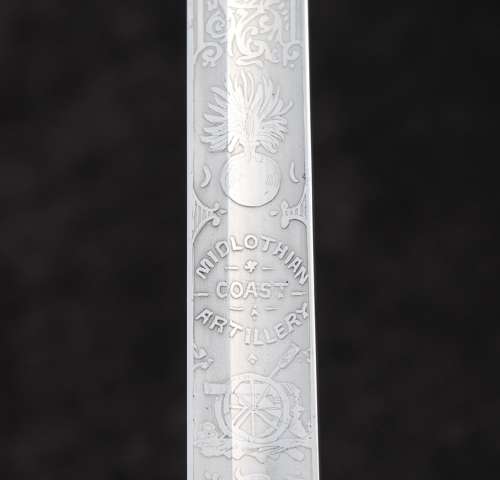 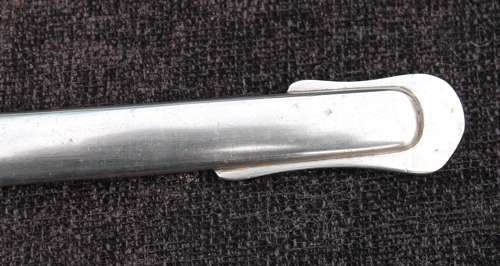 When I first saw this sword I dismissed it as having been refurbished, but upon closer inspection it would appear to be a remarkable surviving example of a mid Victorian officers sword. The 32 inch blade was retailed by Hobson and Son, at thier Windmill Street address, which they occupied form 1878/86, which provides a good short window in which we can date this sword. From the proof slug, the sword was likely made by Pillin.

The retailers panel at the ricasso is slightly worn, but the rest of the swords etching is as crisp as the day it left the factory. Etched with the usual floral motifs and geometric patterning, the blade carried the regimental designation "Midlothian Coast Artillery" beneath a flaming grenade, and above an artillery piece. The other side of the blade has the feathered lightning bolts synonymous with the Artillery. The blade does not feature the usual crowned VR or any other royal symbology. Centre of Percussion marking to the blades spine.

The three bar 1821 pattern guard is in excellent condition, some light traces or rust bloom which can easily be eliminated. Shagreen grip bound with silver twistwire and as is the rest of the sword, is in immaculate condition.

The sword is housed in a steel dress scabbard with twin hanging rings. Condition is very good indeed, with one minor dent about four inches from the drag on the right hand side.

Swords in this condition rarely come onto the open market, and being named to a more obscure unit is a nice bonus.