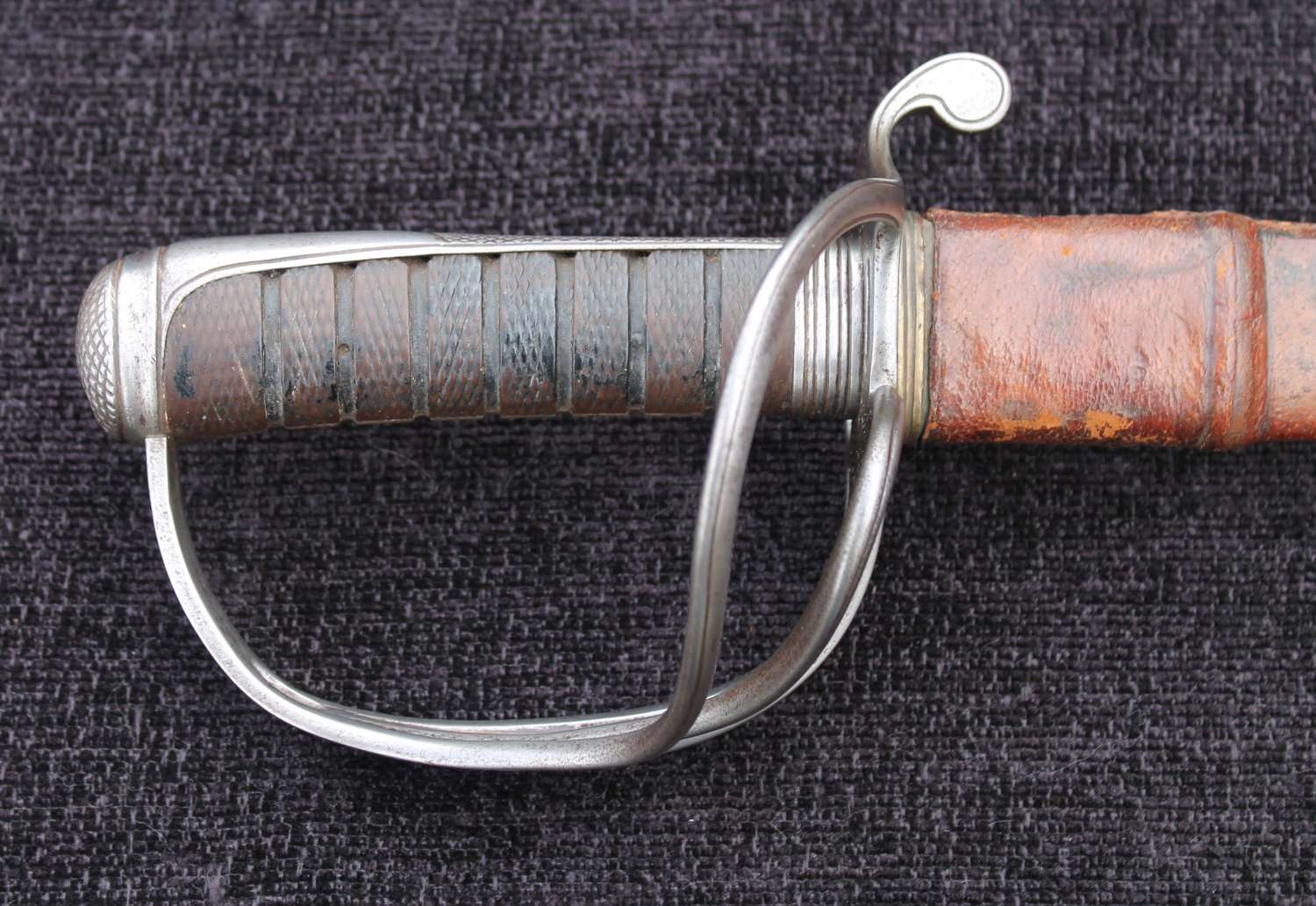 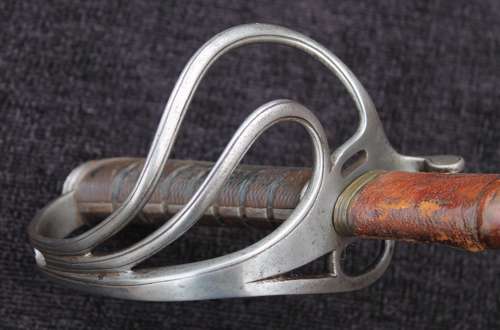 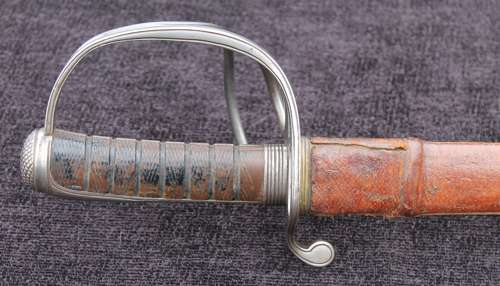 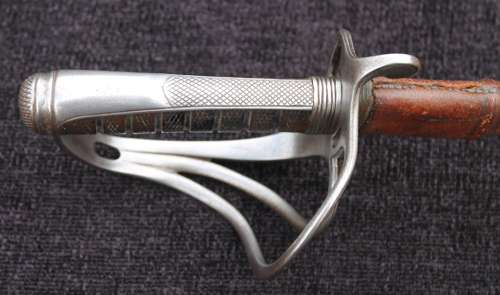 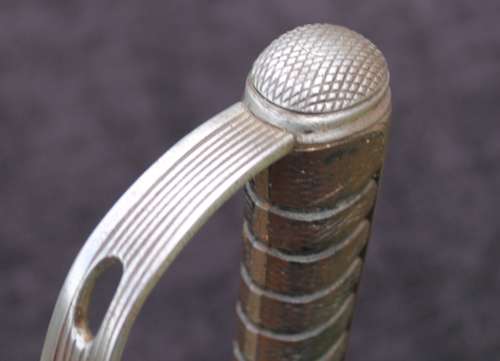 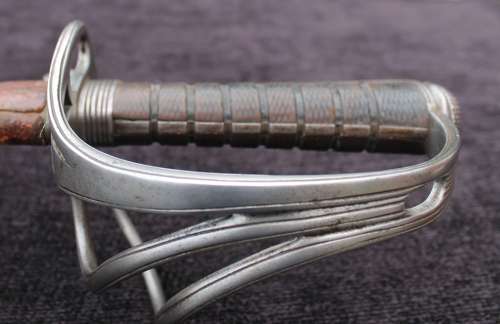 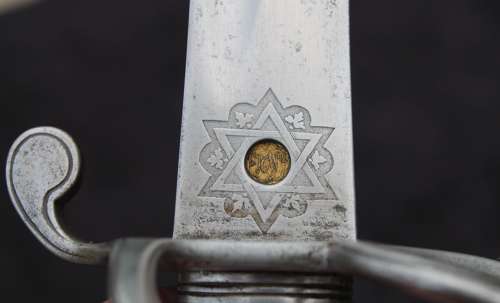 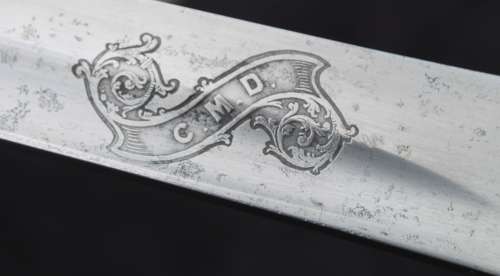 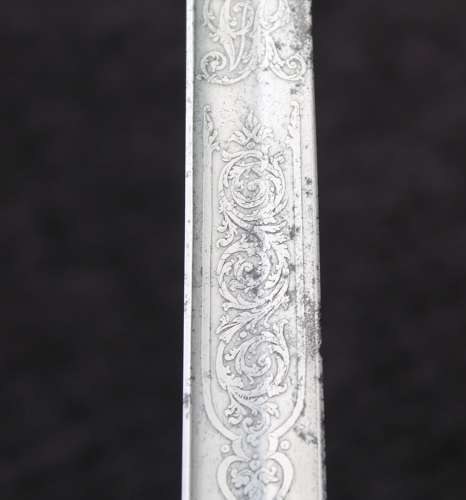 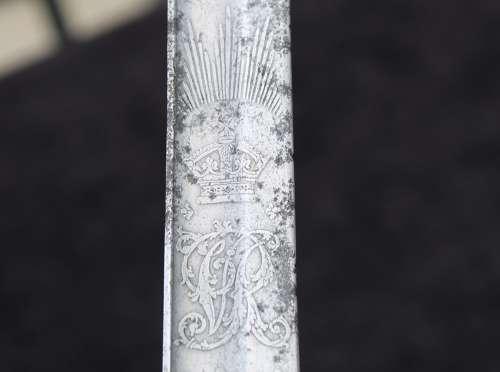 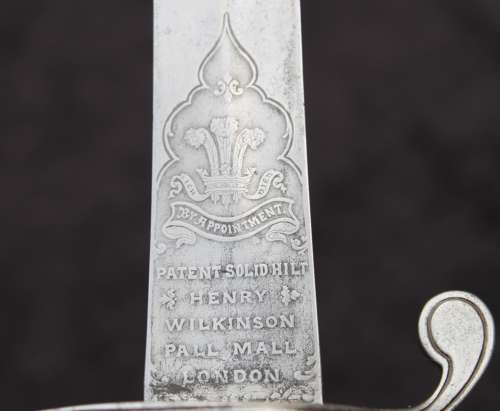 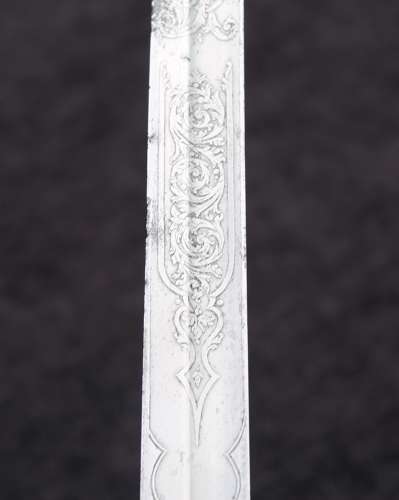 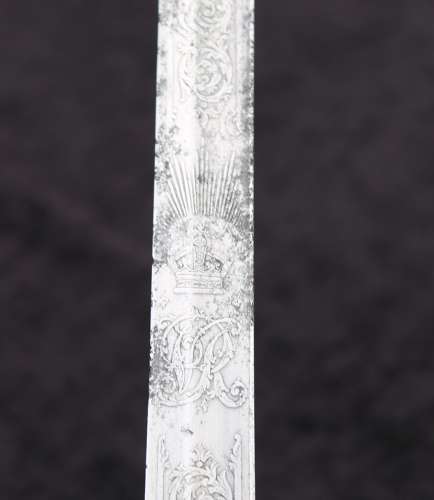 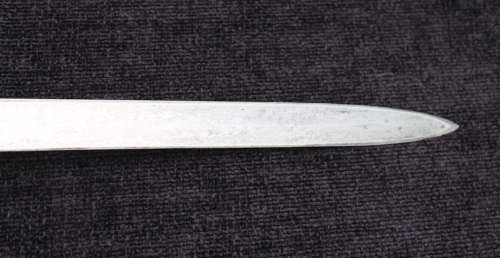 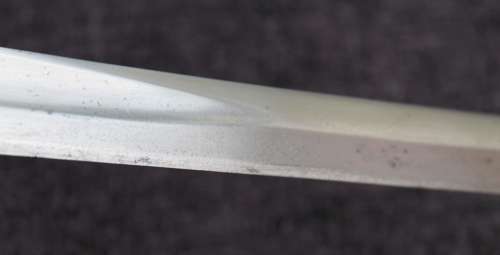 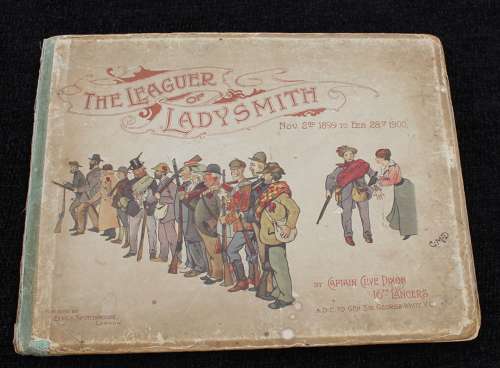 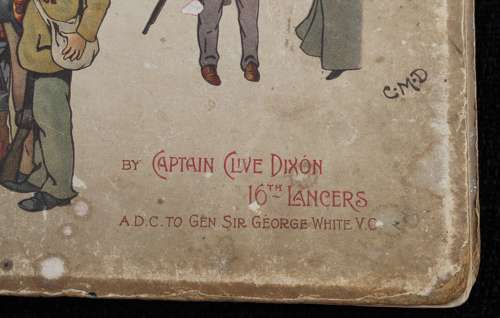 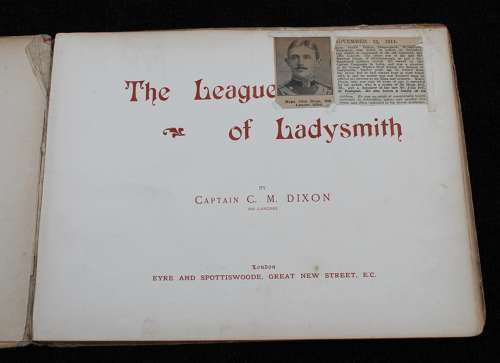 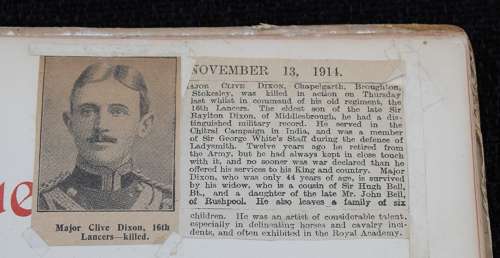 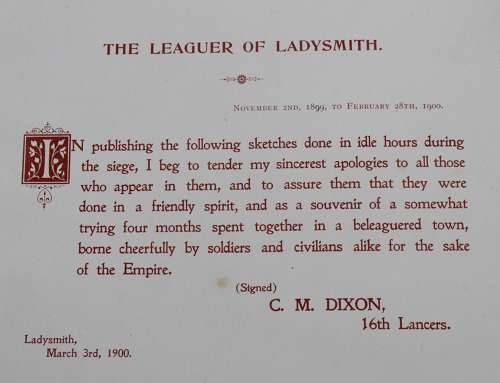 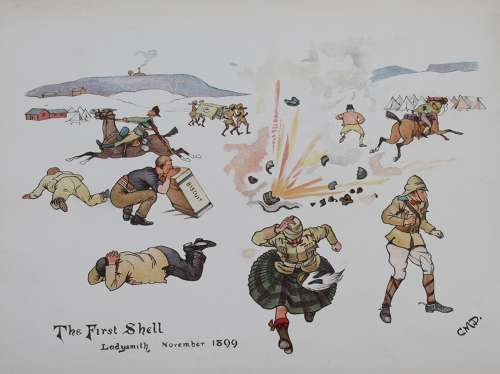 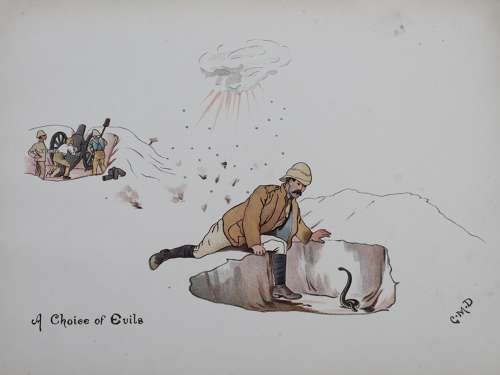 Dixon was the fifth-born in a family of 6 daughters and 2 sons of Sir Raylton Dixon (1838–1901), shipbuilder from Cleveland Dockyard, Middlesbrough-on-Tees, mayor of Middlesbrough in 1889, himself an amateur artist and caricaturist, and great, great grandson of George Dixon and great great nephew of Jeremiah Dixon.

His father, Sir Raylton Dixon, once voted the most popular man in Middlesbrough, owned the largest shipyard on the River Tees and was a notable figure in Middlesbrough’s social, civic andpolitical life. Sir Raylton and Elizabeth Dixon had two sons and six daughters; their elder son, Clive Macdonnell Dixon, was born on 10 February 1870. After education at Rugby and Sandhurst, Clive joined the 16th (The Queen’s) Lancers in 1890.

Appointed Second Lieutenant in the 16th Lancers in October 1890, and Captain in 1899.

In 1898 he briefly returned to England to marry Lilian Bell, the daughter of John Bell, of Rushpool Hall one of the Bell Brothers of Port Clarence Ironworks. Gertrude Bell, daughter of one of Lilian’s cousins, was delighted with the marriage, writing ‘we could scarcely have wished for anything better’. Lillian gave birth to three sons, Raylton, John and William and three daughters Margaret, Elizabeth and Barbara.

Like many of the Dixon family, and like his wife Lilian, Clive was an excellent amateur artist. During the four-month Siege of Ladysmith he produced a humorous picture book filled with his charming watercolour images entitled: ‘The Leaguer of Ladysmith’ which was well received; Queen Victoria had a copy. This material also appeared in the Ladysmith Lyre at the time of the siege. The Sphere praised the book, describing it as 'highly humorous and showing comic sketching genius'.

Several watercolours by Dixon are kept by the Africana Museum.

During the siege he was appointed Substansive Major Whilst serving on Sir George White VC's Staff.

With the end of the siege of Ladysmith Clive returned to Middlesbrough where he received a hero’s welcome. The following year, 1902, Major Dixon retired from the armyand settled down to civilian life, enjoying his great love of horses, hunting and painting. Initially Clive and Lilian lived at Langbaurgh Hall, Great Ayton. Then in 1909 Clive built Chapelgarth at Little Broughton, which became the family home. Clive and Lilian had three sons and three daughters. Their charmed life came to an abrupt end with the start of the Great War. Clive had to surrender his beloved horses to the army, and then he volunteered to rejoin the 16th Lancers, although by now he was forty-four years old. Within two weeks of war being declared, he was in France as second-in-command of his old regiment. The 16th Lancers, as part of the British Expeditionary Force (BEF), were fighting alongside the French, in an unsuccessful attempt to halt the German advance at Mons.

After the retreat from Mons, and action at the Battle of the Marne, the 16th Lancers moved to Flanders. Memories of magnificent cavalry charges across the open veldt of South Africa were lost in the mud of the trenches. During the First Battle of Ypres, in October and early November 1914, four out of five members of the BEF were wounded or killed. Major Dixon lost his life on 5 November 1914. In the trenches to the left of the Lancers were French troops in some disarray. Major Dixon drew his sword and attempted to
rally them into a counter attack, but received a bullet in his stomach. Seriously wounded, he was carried by an army padre to a field ambulance, but later died from his wounds.

Clive Macdonnell Dixon is buried in the Nieuwkerke Churchyard in Belgium. His headstone carries the inscription ‘Strong and of good courage, Sans peur et sans reproche’. The earlier wooden cross marking the grave is now preserved in St Augustine’s Church in Kirkby-in-Cleveland. His name also appears on the War Memorials at Great Broughton and Kirkby.


Image and Below Extract Ref: "Memorials of Rugbeians, who fell in the Great War Vol 1-7"
Printed for Rugby School by Philip Lee Warner (O.R.) of the Medici Society Ltd.

CLIVE MacDONNELL DIXON, of Chapelgarth, Stokesley, Yorkshire, was
the eldest son of Sir Raylton Dixon, Ship Builder, of Gunnergate Hall
near Middlesborough, and of Lady Dixon, daughter of Robert Walker, M.D.
He entered the School in 1884, left in 1887, and was gazetted to the
26th Lancers, then stationed at Lucknow, in 1890.

He saw service in the Chitral Campaign of 1895, receiving the Medal
with Clasp, and went with the Indian Contingent to South Africa, on the
outbreak of War in 1899. During the siege of Ladysmith he was A.D.C
to Sir George White, and Camp Commandant. He served through the
whole War, was awarded the Brevet rank of Major, and received the two
Medals with eight Clasps.

When this War was over he resigned his Commission, but immediately
on the outbreak of War with Germany, Colonel MacEwen applied for
Major Dixon to be his Second in Command, and he crossed to France with
the Regiment in August, 1914.

He took part in the Retreat from Mons, and the Battles of the Marne
and of the Aisne. He was mortally wounded when in temporary command
of the 16th Lancers, who were gallantly holding their own in the trenches,
against the enemy's attacks, near Ypres, on November 5th, 1914. Age 45.
He was mentioned in Despatches of January 14th, 1915.

The following are extracts from letters from the General Commanding
the Brigade, his Colonel and brother Officers
"It was a grand and gallant action, and gave one more proof of his
splendid spirit. I never can tell you what good work he has done here,
both in his skill and capacity in handling troops and in his grand constancy
and cheerfulness in our moments of anxiety."
"I sent in his name for gallantry, on the second day of the Mons
Battle, for carrying out of action, under a heavy shell fire, a man of the
18th Hussars, whose horse was shot - a typical act on his part.
"He was adored by everyone, Officers and men. One of the finest
characters I ever came across. He was a very fine soldier and did not know
the meaning of fear."

"He was acting most gallantly at the time he was shot, rallying some
French who were next to us, and behaving in the splendid way that always
him as the very best The example set is one that all might envy."
And one of the men of the Regiment, writing home to his mother, said
“Major Dixon ran along the trench, telling us to stick it out and show
what we were made of and as all of us were very fond of him, we did stick

He was a keen sportsman and, also, a successful artist. He exhibited
several large pictures at the Royal Academy.
He married, in 1898, Lilian, daughter of John Bell, of Rushpool Hall,
Saltburn, and Algiers, and had six children.

Patent Hilt Wilkinson Sword numbered 29858 for November 1889. Comes with a copy of the Wilkinson Sword ledger page, confirming sale to Hawkes&Co for supply to C.M. Dickson.

It is likely that the name was not transcribed properly in the communications between Hawkes and Wilkinson Sword, and as there are no other officers serving in the 16th at this time with a similar name or initials, and given the dates of Dixon's commission, it seems safe to assume that this Dixon's sword.

Etched panel on the right hand side of the blade with initials "C.M.D." (Incidentally, all of Major Dixon's watercolour sketches are signed with his initials, "C.M.D.")

A very pleasing and clean, untouched sword throughout, with only minor staining and small areas of light pitting to the central spine section, and the VR etch to either side. The sword could be improved, if desired.