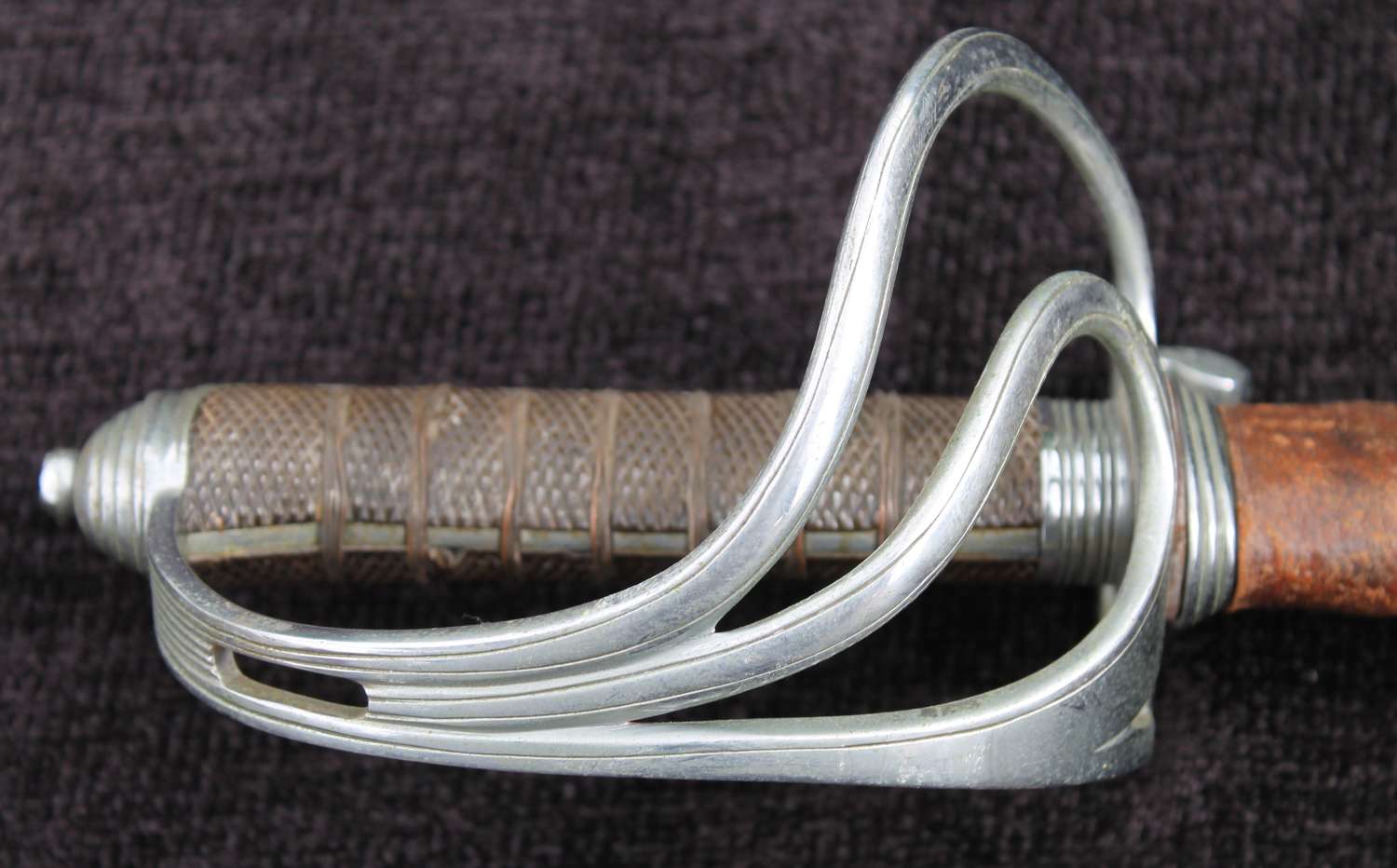 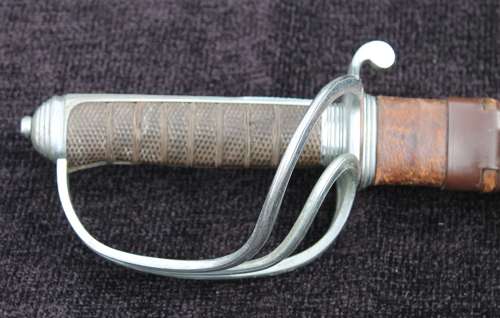 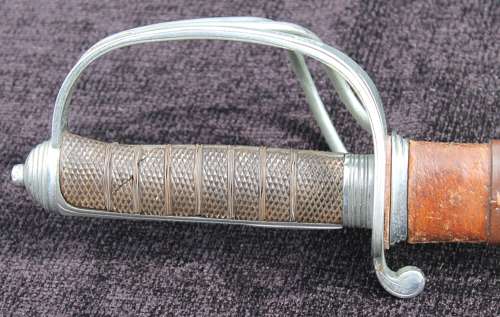 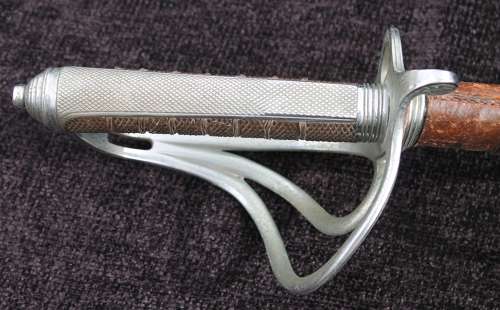 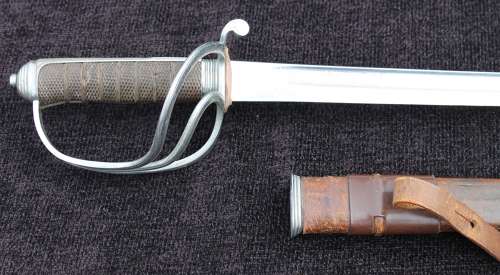 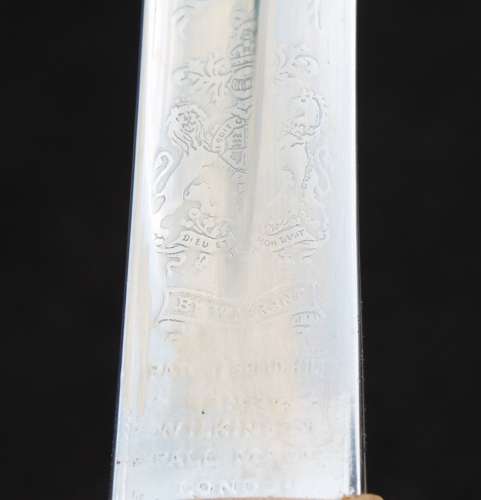 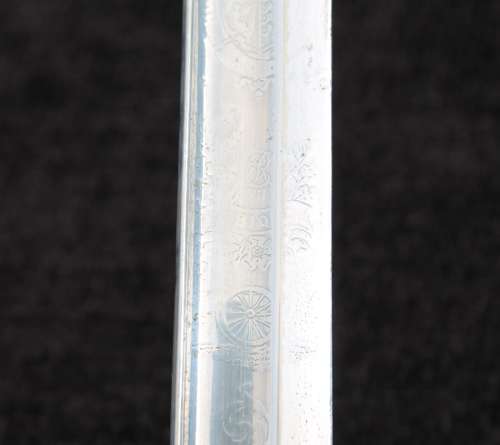 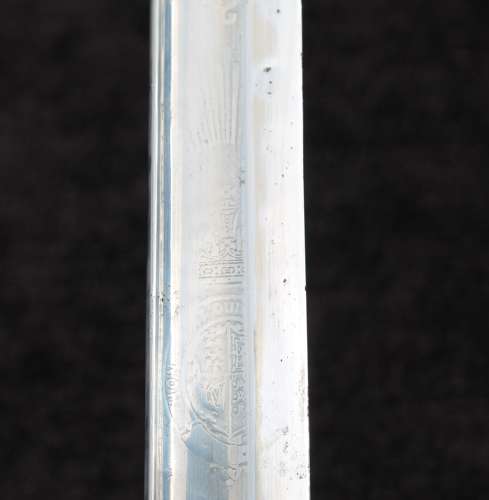 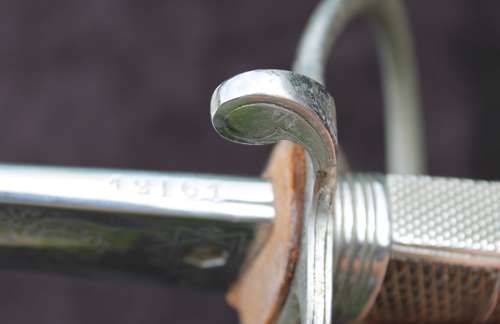 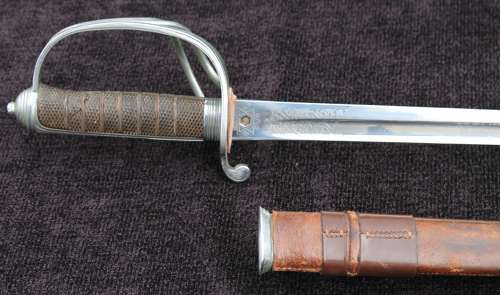 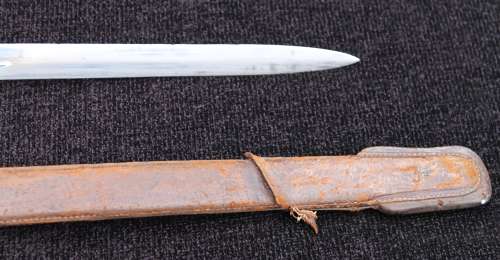 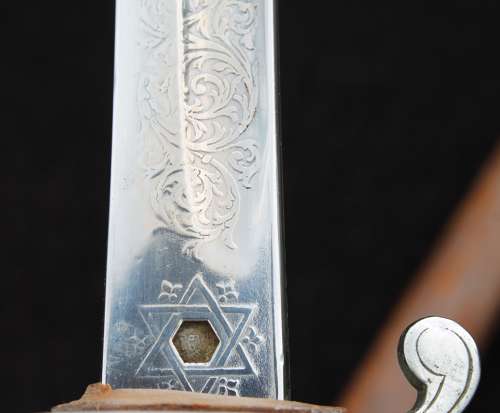 This example dates to 1908. It has been plated at some point in its working life, likely when the original owner was promoted to field rank. The sword is carries the initials of the orginal owner etched in a panel "H.C.H.E."

He was born in Durham on the 12th March 1889, and was educated at Rugby School. He joined the Royal Horse Artillery in 1909 and fought in the First World War. He was awarded the Military Cross and later a bar. He was propmoted to Lieutenant Colonel and appointed as commanding officer of the 88th (2nd W Lancs) Field Brigade, Royal Artillery between 1936 and 1938.

He fought in the Second World War, serving with the 51st Highland Division. He was captured at on the 12th of June 1940 at Dunkirk, and was interned for the rest of the War. He was mentioned in despatches on the 20th December 1945 "for gallant and distinguished services in the field".

His son, Lieutenant Michael Charles Eden served with 4th Parachute Squadron, Royal Engineers and took part in the Battle of Arnhem, during Operation Market Garden. He died on 21 September 1944, aged 22 years old and is buried at Oosterbeek War Cemetery, Arnhem.