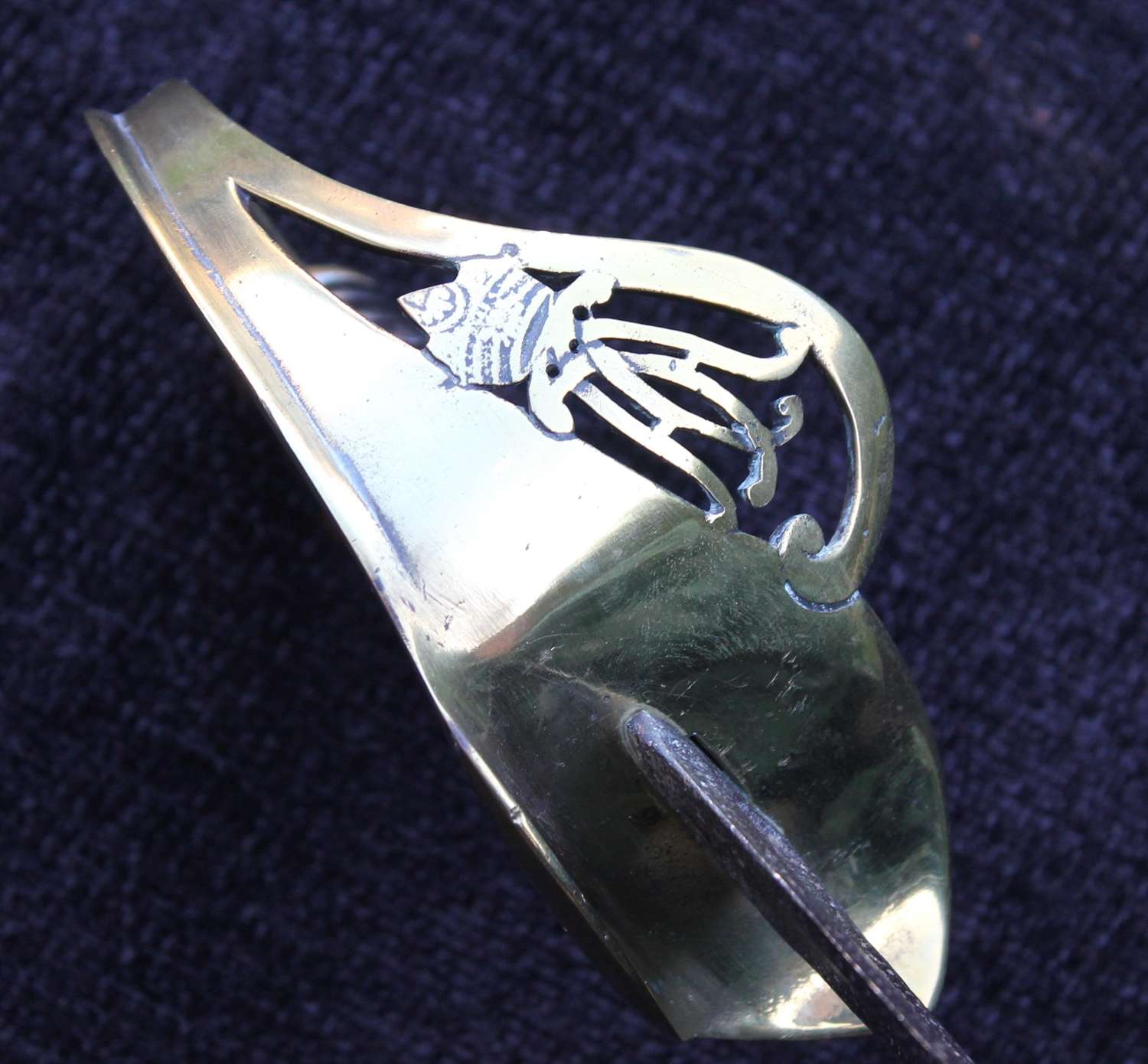 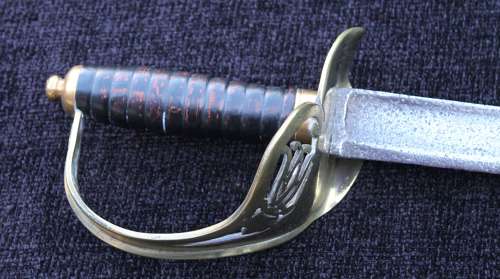 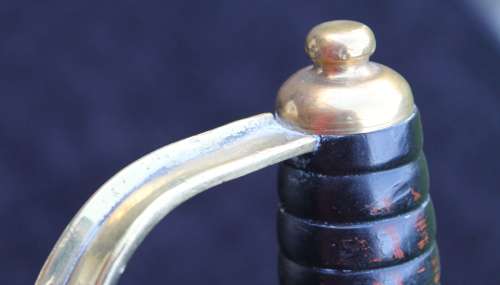 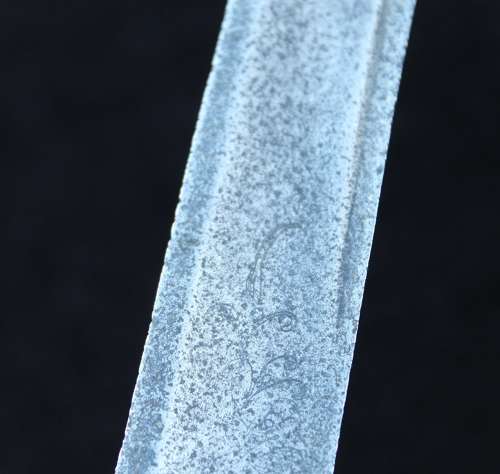 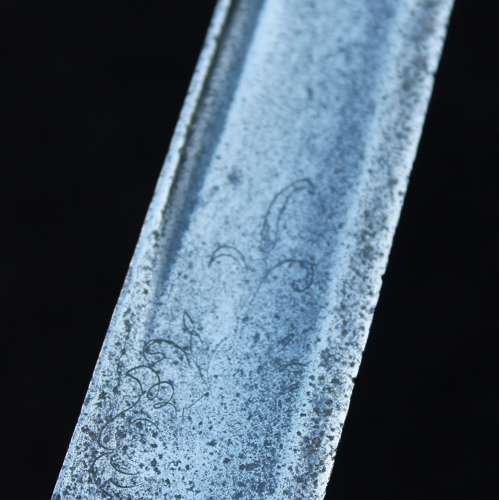 A fascinating, and possibly unique Infantry officers sword of the Portuguese Caçadores, circa 1810.

Benjamin D’Urban, the Portuguese Quartermaster General, records in his Peninsular Journal on 10 April 1810 “England always liberal has sent [to Portugal for the use of the Portuguese army] 30,000 stands of arms, 2,000 Rifles, 6,000 swords and pistols.

This was the first of many shipments of arms, including quantities of the vaunted Baker Rifle. The units using these weapons were known as Caçadores, elite troops, usually trained and led by British officers. It would seem likely that this sword was carried by one of those British officers.

Brass guard with the Royal Arms of Maria I of Portugal. Chunky and practical ringed wooden grip. The curved single fullered blade with etched panels to wither side bearing the remains of the word "Portugal"  with possibly other words before it. There is also a small floral spray to either side.

A fascinating and rare piece of Napoleonic wars history.