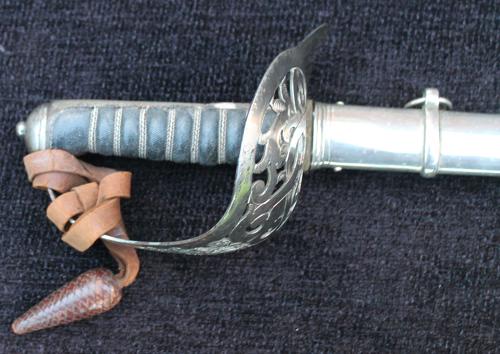 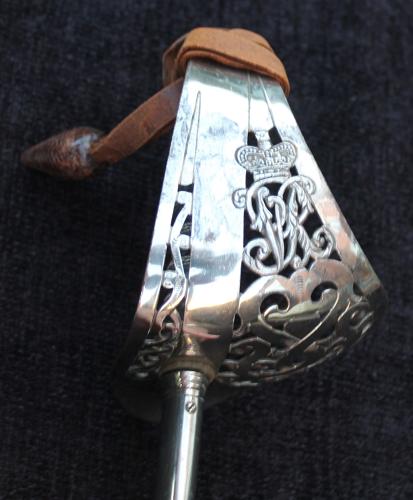 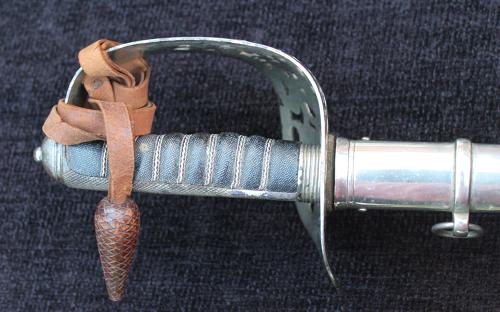 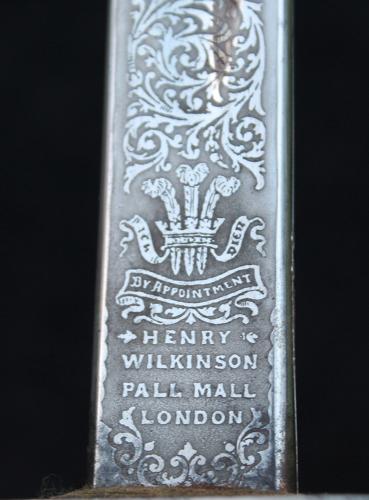 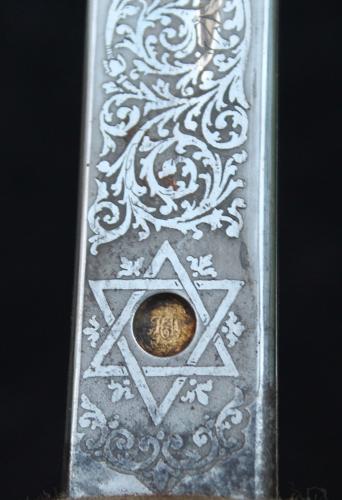 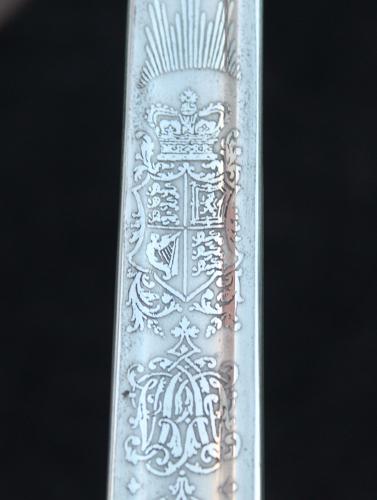 A scarce and fine 1895 Pattern Infantry Officers Sword, by Wilkinson.

William Edward Bailey (1858-1934) enlisted in the Army Service Corps in 1882 and served in the Nile Campaign of 1884-5. He joined the Egyptian Army in 1888 as a Mulahiz. The British NCO or Mulahiz (literally meaning Superintendant) of an Egyptian Army battalion was roughly the equivalent of a Regimental Sergeant Major, and was responsible for drill and parade ground discipline but in action assumed the role of a supernumerary officer. He fought at the Battle of Toski .

After being commissioned in the East Lancashire Regiment in 1896 he rose to the rank of Kaimakam (Lieutenant Colonel) in the Egyptian Army. He became Field Marshall Kitcheners Chief Clerk, and later Staff Captain in charge of his office, during the reconquest of Sudan.

One of Kitchener’s ADC’s, Lord Edward Cecil, wrote “…K’s office was a sea of papers, lying on tables, chairs, window-sills, the floor…he never let anyone touch them except Watson (another ADC) and Bailey…”.

Kitchener was a harsh task master and Bailey’s burden must have been a heavy one but his chief saw to it that he was rewarded with promotion, an MBE and Mejidie 4th Class.

He was appointed Assistant Adjutant General in 1901 and left the Egyptian Army in 1902, later serving in the First World War.

The sword is in generally excellent condition overall, considering it has just celebrated its 121st birthday. The 1895 is not a common pattern, so to find such a clean example, with a presenation inscription to an interesting and capable officer, who was central to the inner workings of the Sudan campaign, is a rarity indeed.