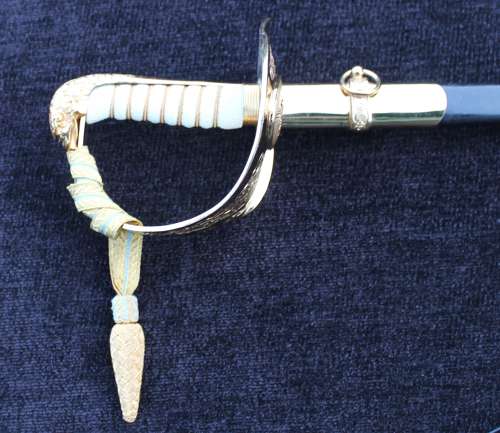 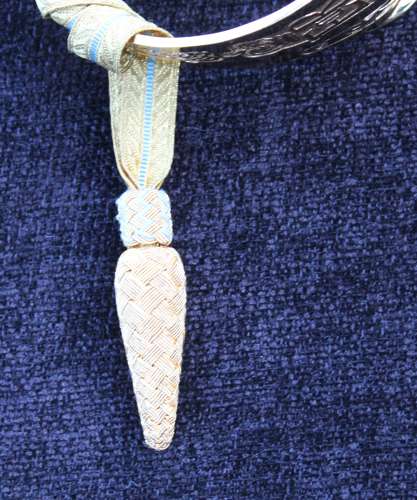 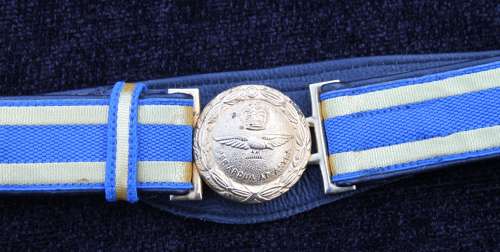 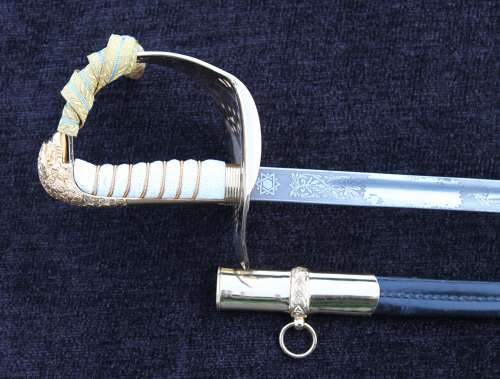 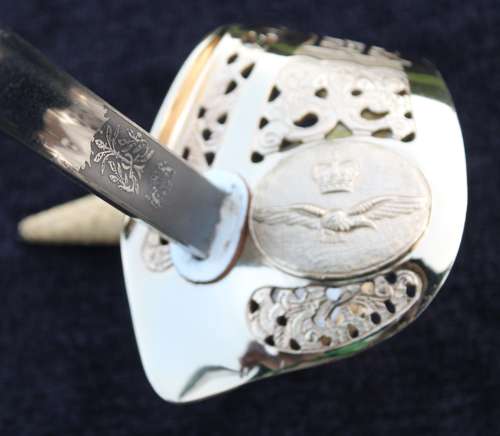 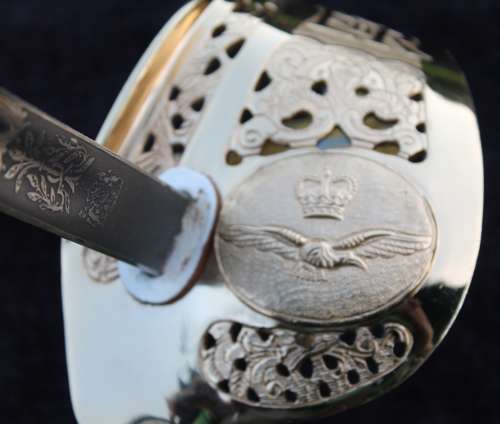 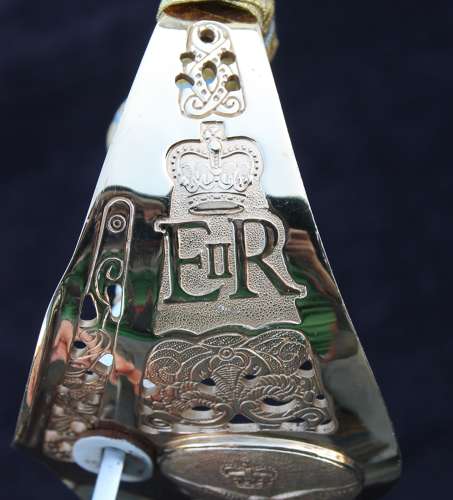 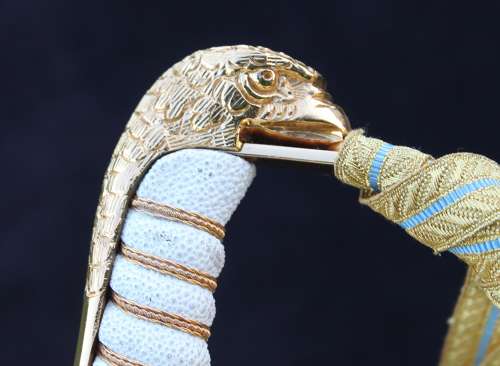 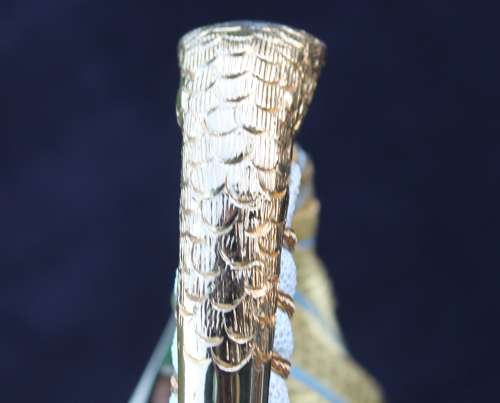 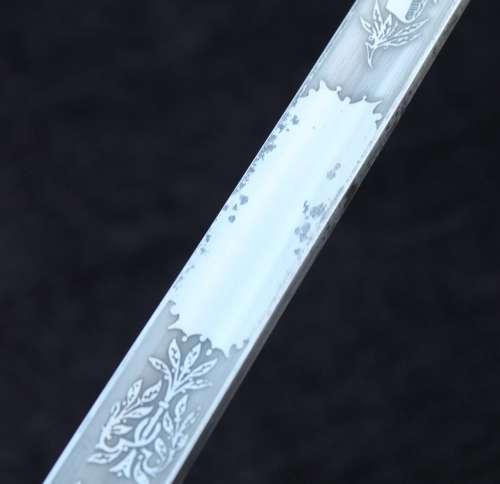 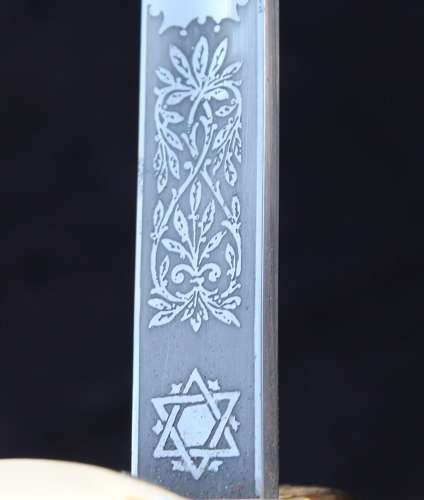 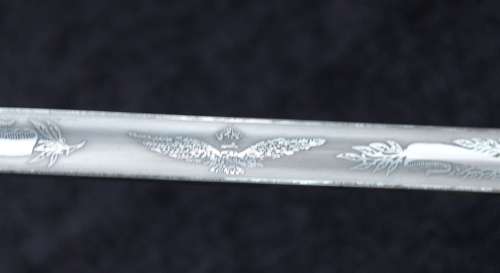 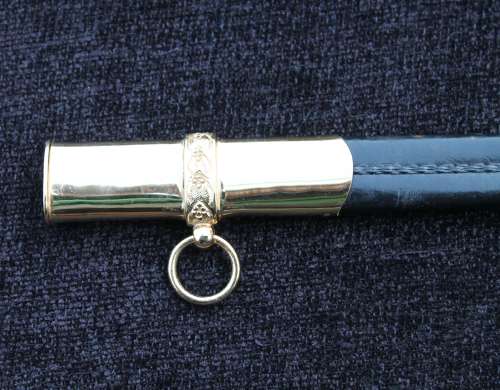 This Elisabeth II example was purchased and carried by an RAF Tornado Pilot who served from 1988-2005 and flew sorties during the Gulf War before becoming an instructor. (His name can be supplied to the buyer)

This sword remains in very good condition, and after a good cleaning could be used on parade again. It comes complete with an RAF sword knot and dress sword belt (no slings present).

Although not of the quality of a pre WW2 sword, this example is not one of the cheap copies which feels like an iron bar. A good collectable sword which could also serve its new owner.