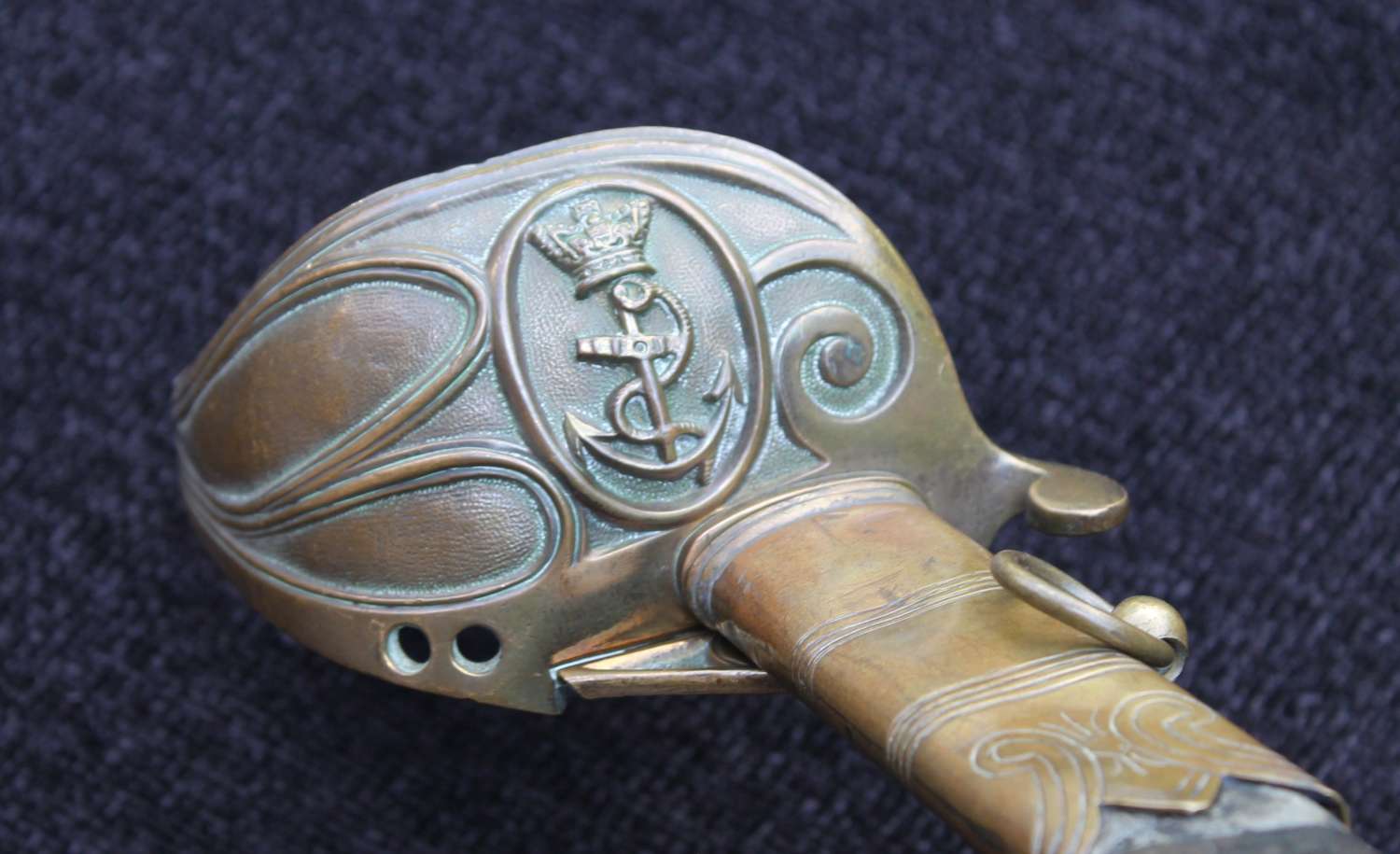 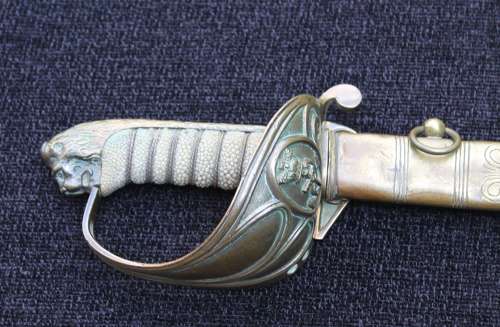 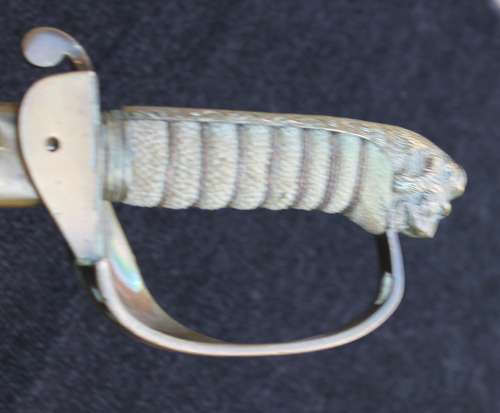 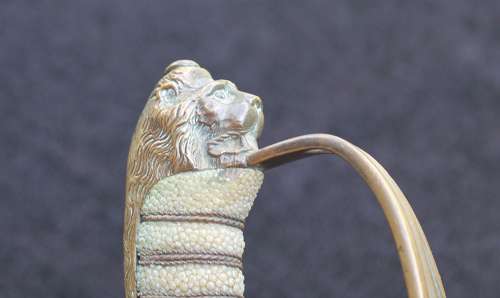 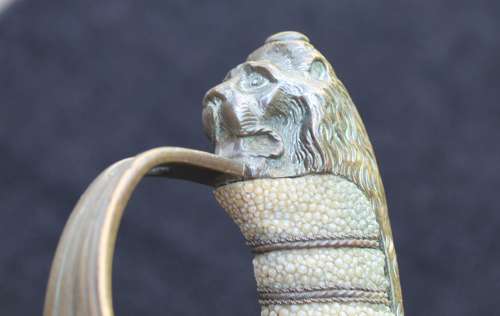 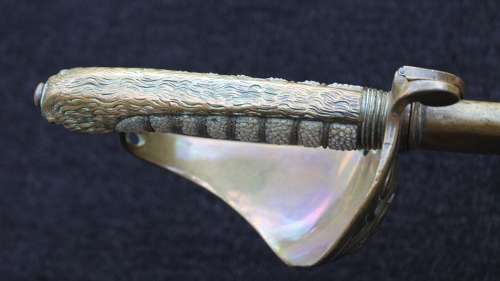 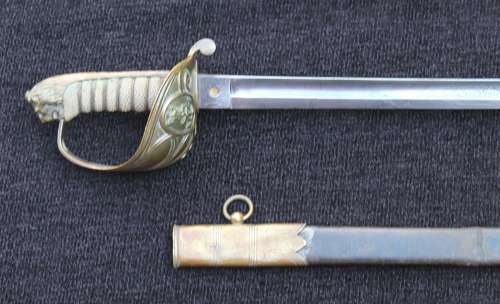 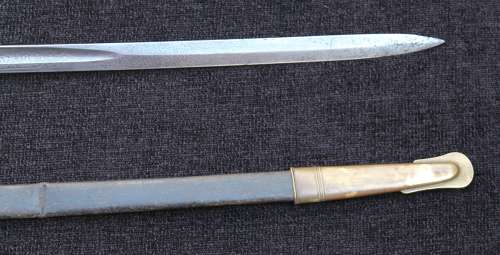 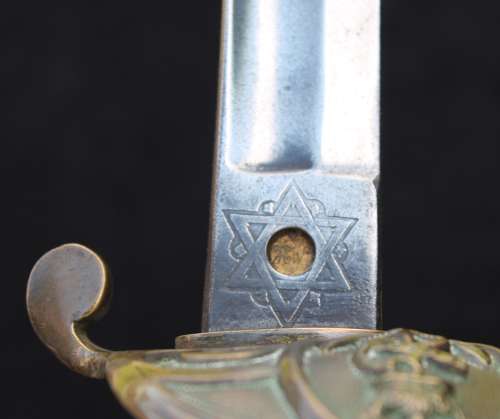 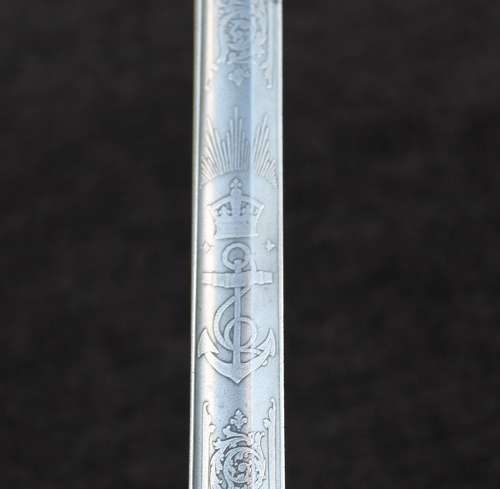 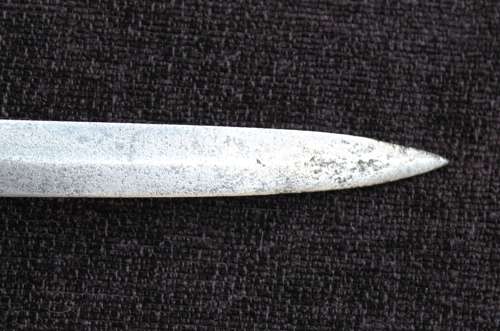 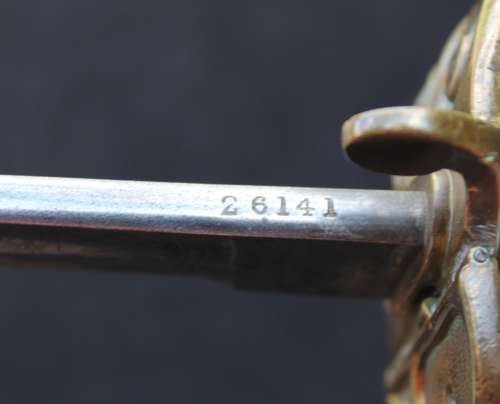 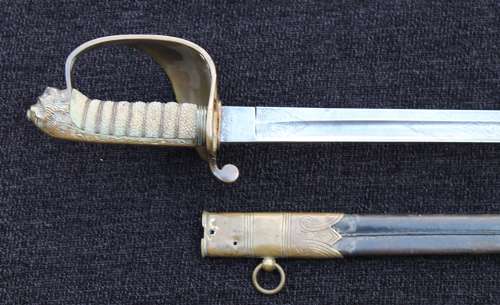 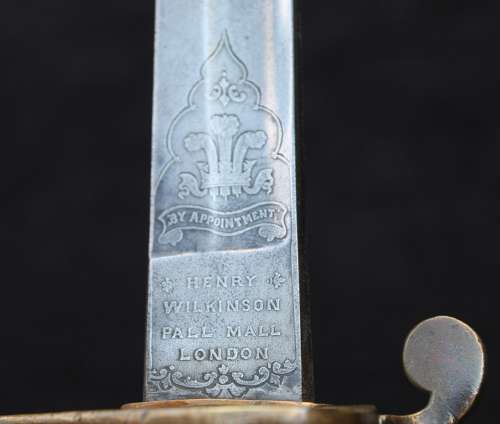 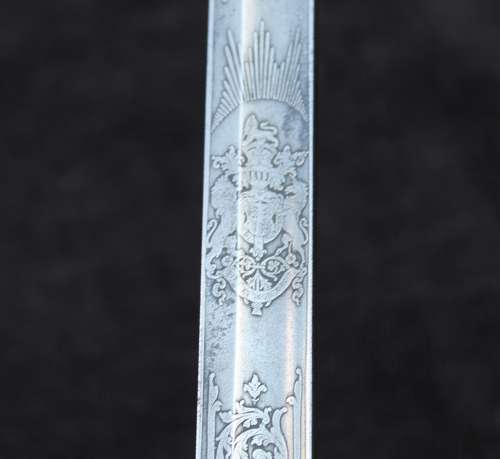 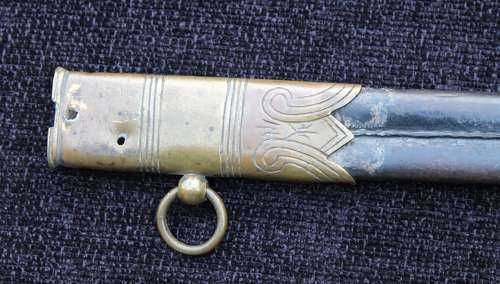 The Wilkinson Proof Ledger page for this sword shows that it was proved on December 5th 1884, described as "Full Navy" and sold to the Agent General for Victoria (Australia) The Government of Victoria has maintained a trade envoy, in the form of an Agent General since 1868, who would have been responsible for procuring armaments and other military necessities, including swords.

The sword is in good condition overall, with 99% of  its shagreen grip remaining, bound with copper twistwire.The pommel and backstrap is formed as lion. The gothic 1827 pattern guard bears the crowned fouled anchor in a cartouche, and is in excellent condition. The folding guard is intact, complete, and fully functioning with a crisp spring.

The 1845 pattern single fullered blade carries the Wilkinson sword maker details at the ricasso, along with the "HW" proof slug surrounded by interlocking triangles. The blade carries the standard floral etching withing roped border, crowned anchor, royal coat of arms, etc. The blade is generally bright and clean. There is a small amount of pitting on both sides of the blades point.

The sword is housed in its original black leather scabbard with brass mounts. The retaining pin for the folding guard is now absent, but would be an easy fix. There is another small hole here also, which could also be filled. The bottom mount may be a later replacement. Good solid condition overall.

A rare Royal Navy sword with provenance to Australia.