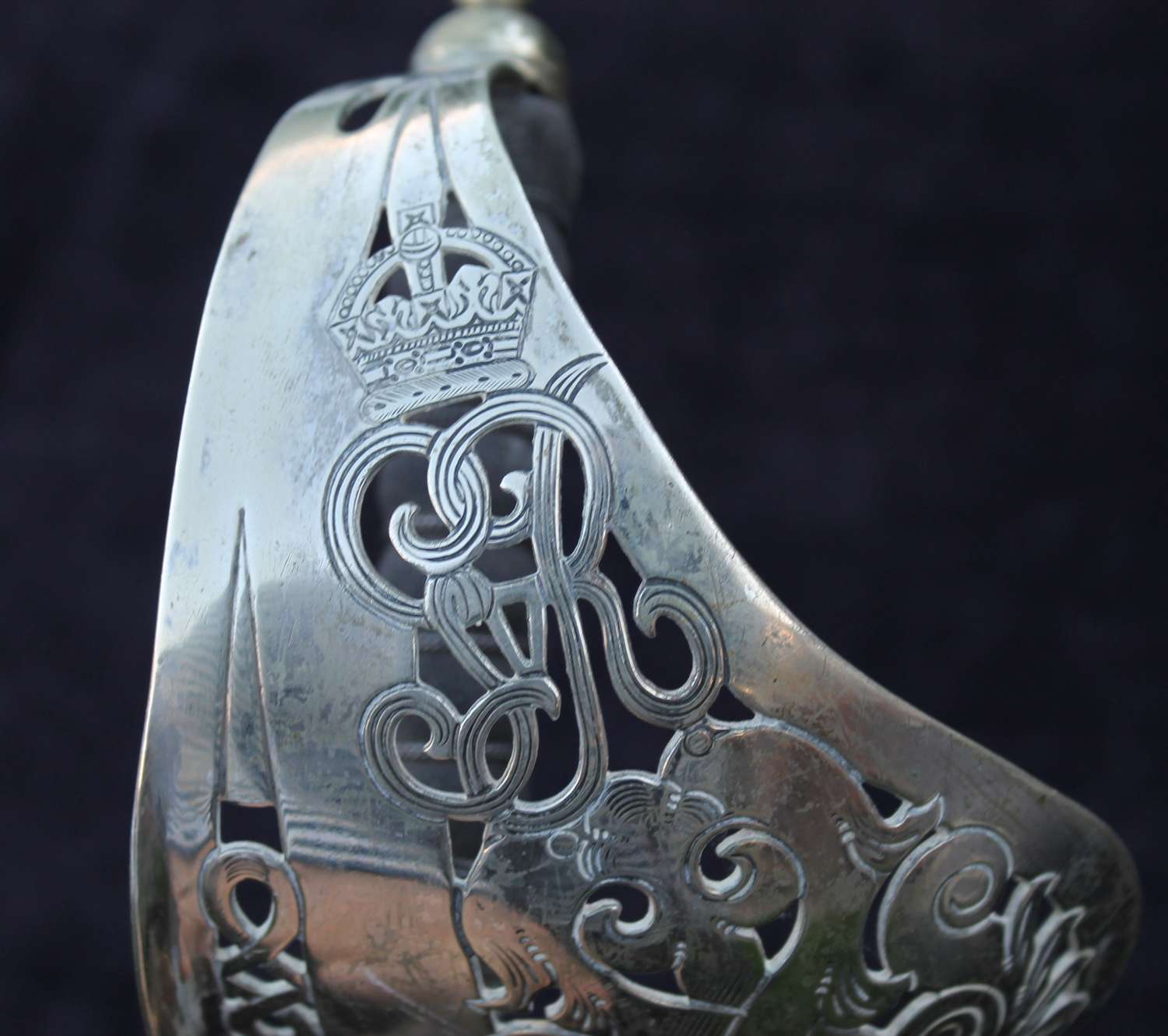 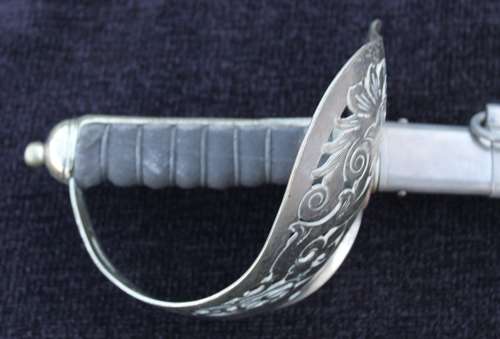 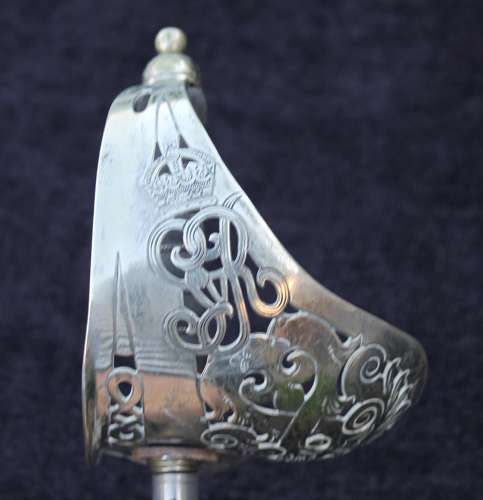 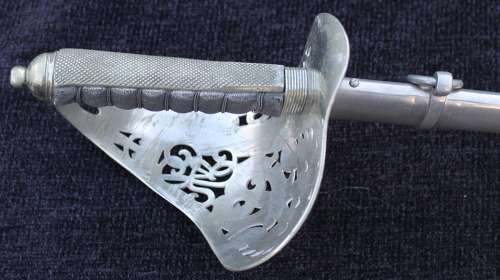 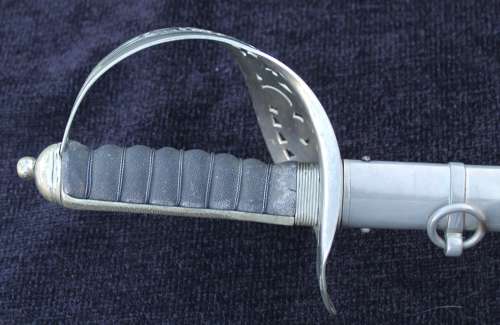 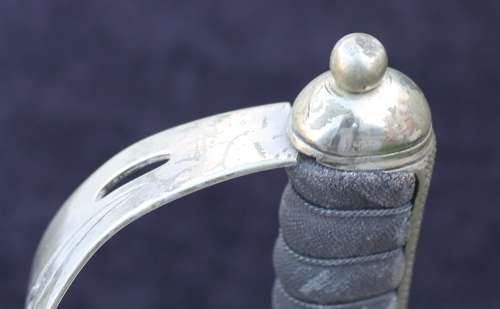 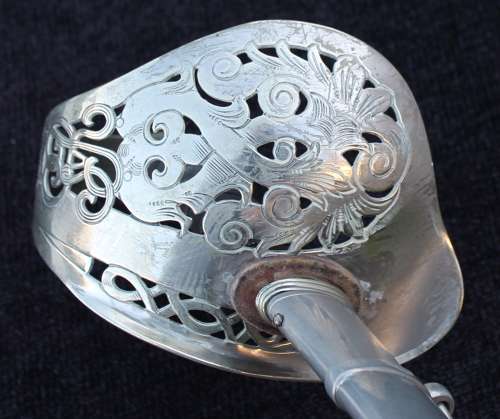 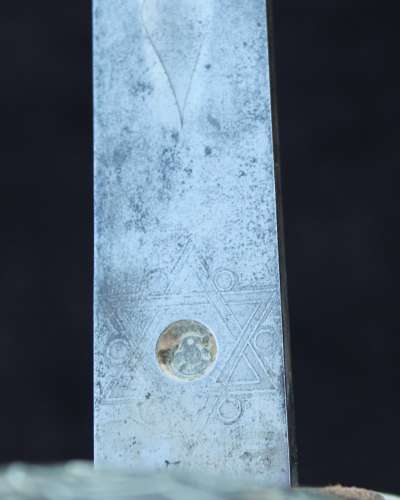 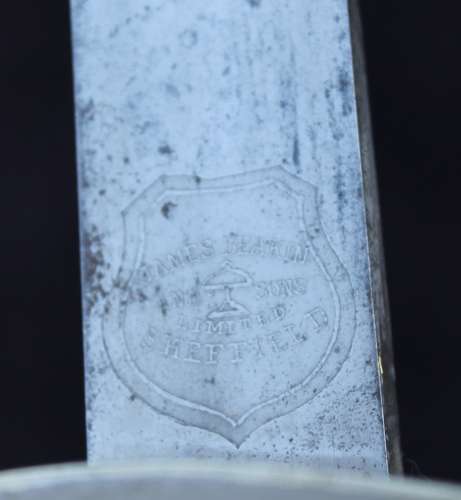 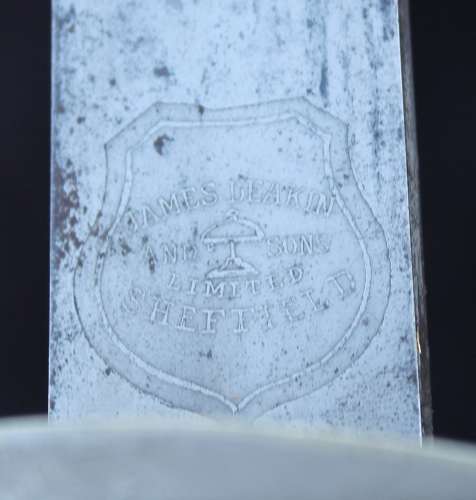 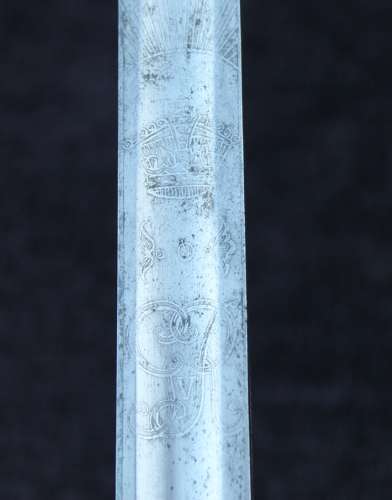 This example produced by "James Deakin&Sons Limited, Sheffield" and marked to them, along with thier trade mark, at the ricasso.

The sword has also been engraved to "F.J.BUTCHER 13. BATT. THE ROYAL WARWICKSHIRE REGT."

The sword of Lieutenant Frederic John Butcher. Frederic was born on 23rd July 1893, the eldest son of William Frederic Butcher a Chemist, of 4 Elliot Vale, Blackheath and later of Seymour Lodge, Sydenham Hill Road. In 1911 he was studying in France, Germany, amd Switzerland. He was educated at Colfe's Grammar School, Lewisham, and they hold some letters written by him to the school whilst he was studying in Dresden and Neuchatel. Frederic joined up on 8th September 1914 as a Private in the 20th Battalion (Blackheath and Woolwich) of the London Regiment.

He served in France with the 13rd Battalion of The Royal Warwickshire Regiment. The school archives records him as being wounded. Frederic married Mavis Muriel Barrett at St Phillip’s, Sydenham on 26th December 1916.

The sword in generally good condition, archetypal of the standard 1897 officers sword produced by the Sheffield cutlery trade during WW1. Some staining to the single fullered 32 inch blade, which could be improved with a gentle clean and polish. Housed in its dress scabbard with twin hanging rings.