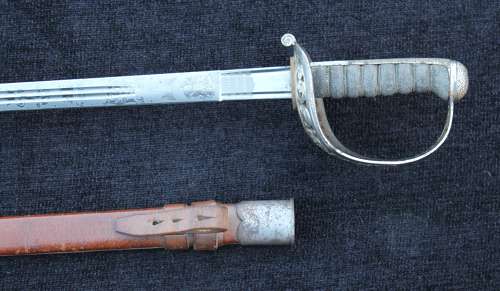 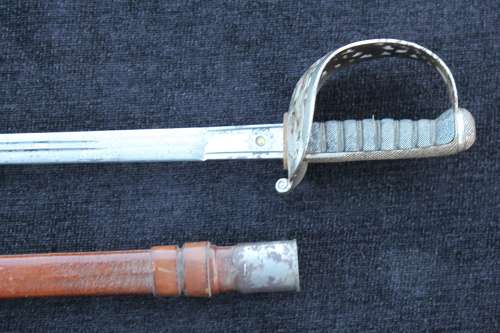 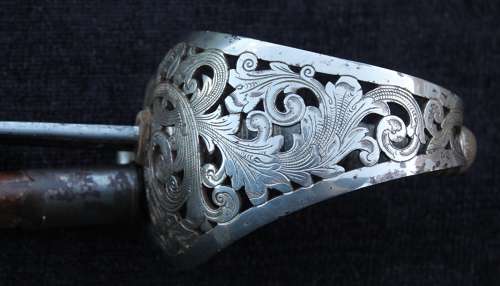 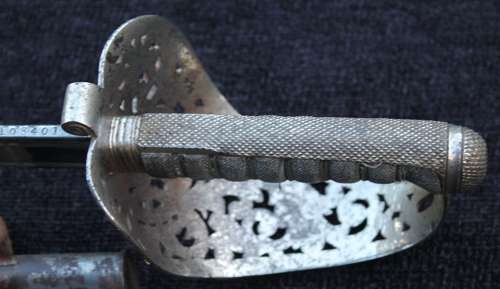 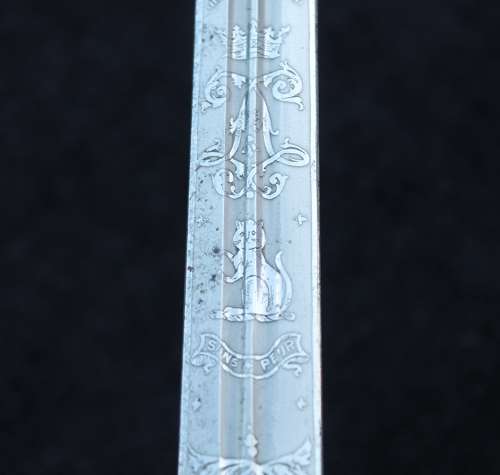 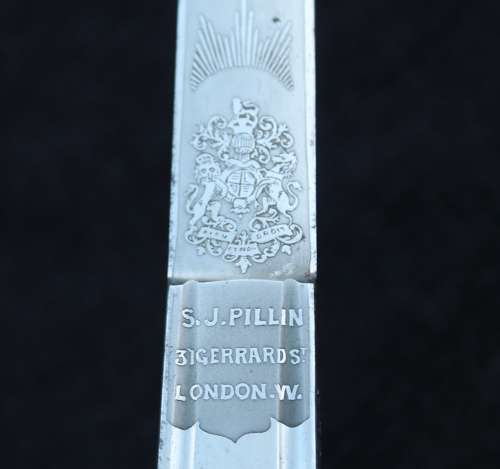 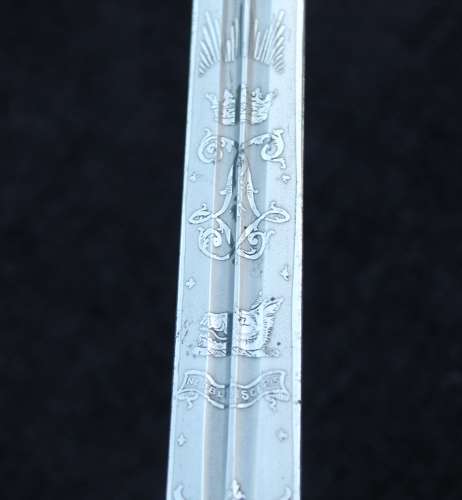 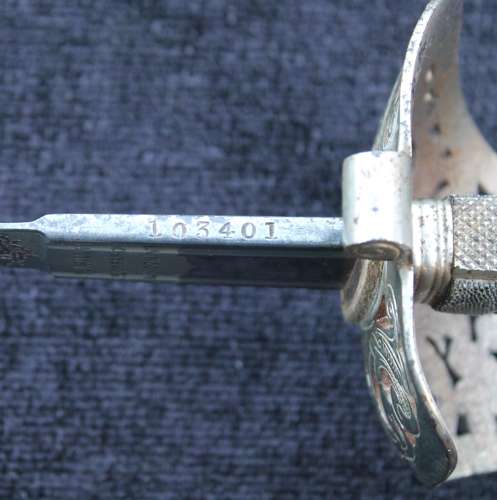 This example with 34.5 inch twin fullered blade, maker marked to "S.J.PILLIN 31 Gerrard St, London", and carrying thier serial number to the spine. It bears a presentation inscription, which reads "Presented to Major A.Lyle on promotion to field rank by the Officers, NCO'S and Men of F Coy 1903. The blade also shows the coats of arms of a Boars Head for Argyll and the Wild Cat of Sutherland, along with the regmental crest.

The sword is in good untouched condition, being fitted with the scarce scroll hilted acanthus basket guard, with chequered pommel and backpiece. The grip of shagreen with silver twistwire. The grip is in very good condition overall, with some looseness to the twistwire. The plated guard, pommel and backpiece with some loss of finish. No movement between blade and hilt.

The polished steel blade in overall very good condition with lots of original finish. Some light areas of staining which could be improved upon.

Housed in the correct steel mounted brown leather field scabbard with ball drag. The scabbard mounts well stained and in need of cleaning.

Lt Colonel Lyle was the son of Abram Lyle, the scion of the Lyle Sugar Refinery, creator of the famous Golden Syrup, and which would later merge with Henry Tate to form Tate and Lyle in 1921. Colonel Lyle recieved the controlling share in Abram Lyle&Sons, along with his four brothers in 1891. He married Jessie Duff in 1875, at Greenock, Renfrewshire.

All in all an excellent and rare sword, in untouched condition, to an important figure in Scottish history.