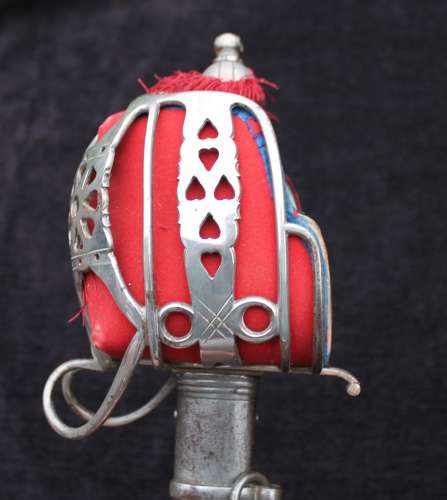 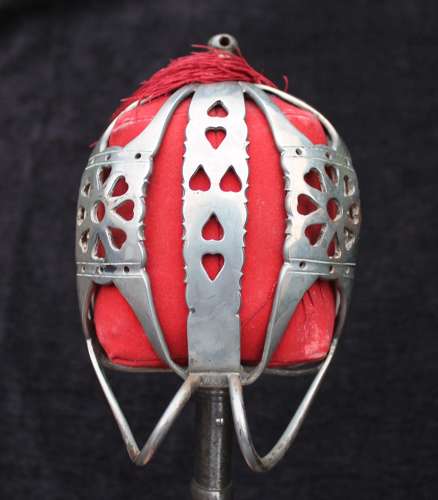 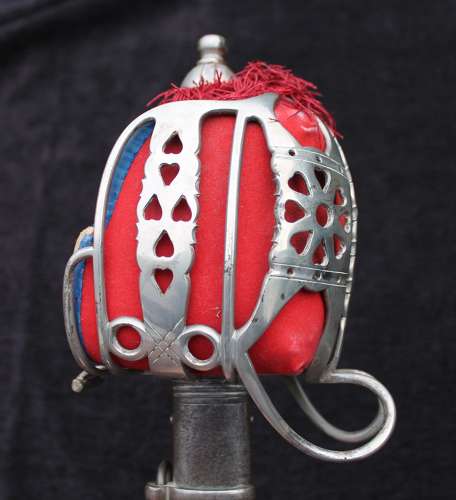 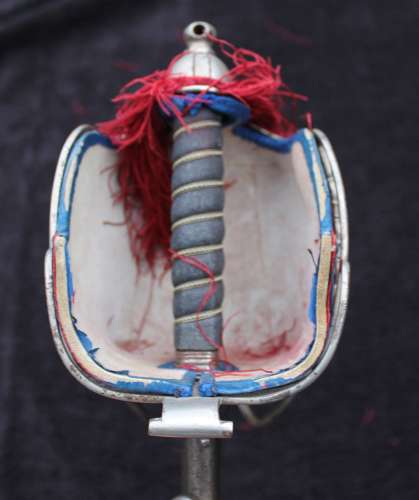 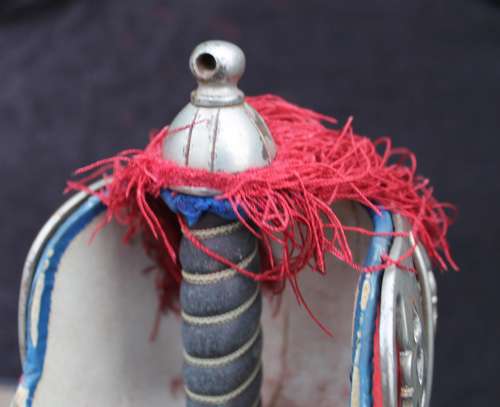 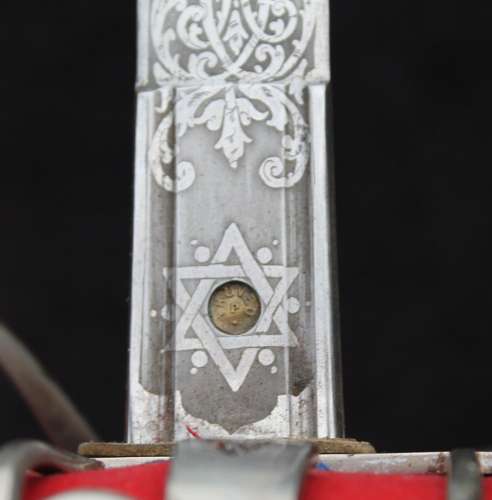 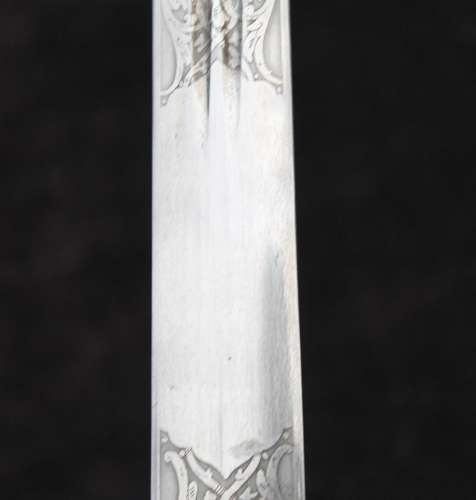 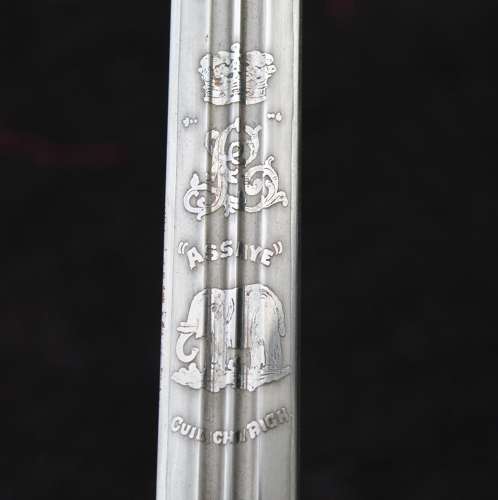 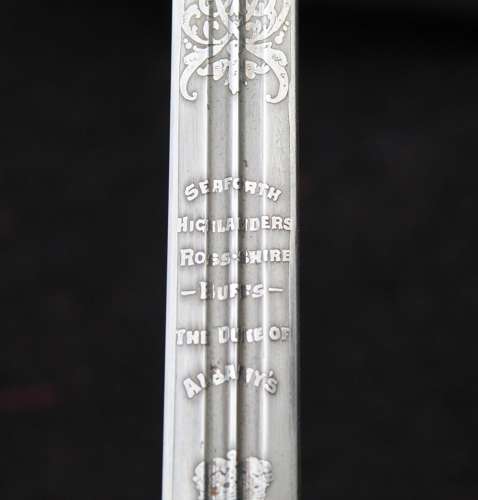 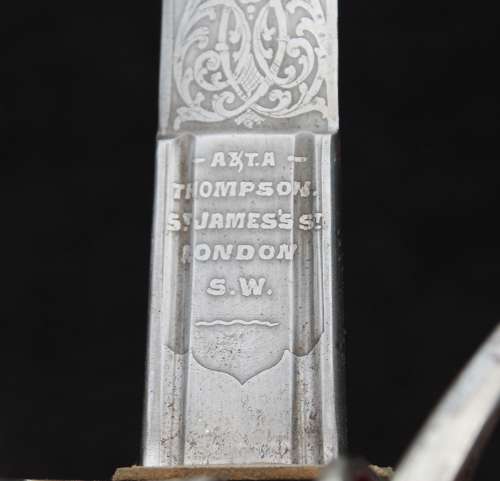 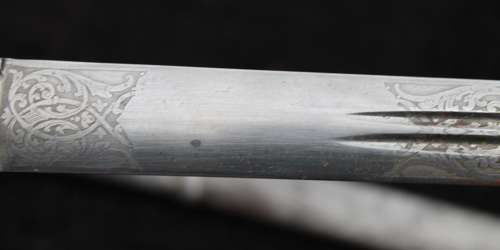 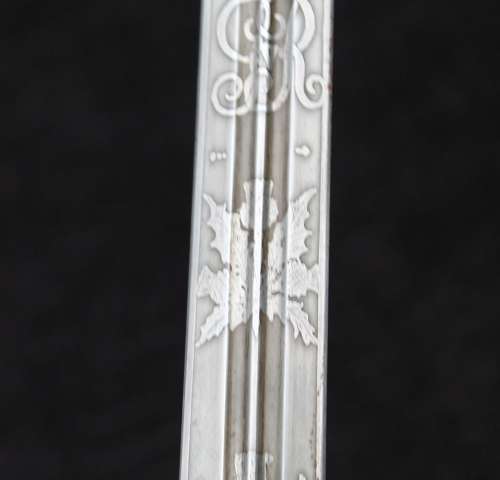 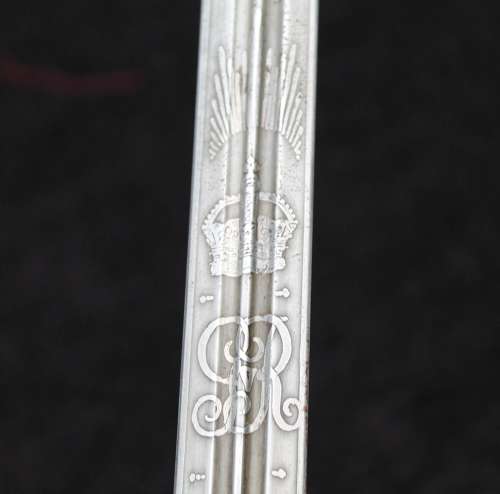 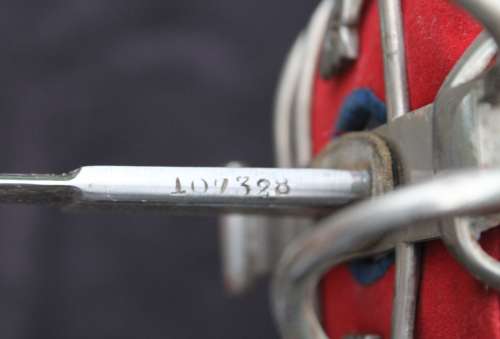 A pretty exceptional example of a Seaforth Highlanders Ross-Shire Buffs (The Duke of Albany's) Officers broadsword, of Great War period.

This George V example was retailed by A&T.A Thompson of St James Street, London S.W. and judging by the proof slug and serial number, was produced for them by  (S.J.) Pillin.

The double fullered blade measures 33 inches and 1.25 inches wide at the ricasso, making it a true combat sword. The blade is beautifully etched with the regimental title "Seaforth Highlanders Ross-Shire Buffs The Duke of Albany's" above the crowned regimental crest, the battle honour "Assaye" the Elephant badge and motto "'Cuidich 'n Righ" (Aid the King). To the other side, is the crowned George V cypher, the Thistle of Scotland, and the usual foliate engraving and two vacant panels.

The hilt is a full 1828 pattern basket and domed cruxiform pommel, which can be removed for addition of the cross hilt. It benefits from having its original scarlet and royal blue liner, and fringe (which is now moulting!) and a particularly attractive shagreen grip bound with silver and brass twistwire.

Housed in its original steel dress scabbard with twin hanging rings and ball finial. The scabbard never appears to have been plated, and would benefit from a clean and polish.

Overall a very pleasing and complete sword with outstanding blade which would be hard to better.