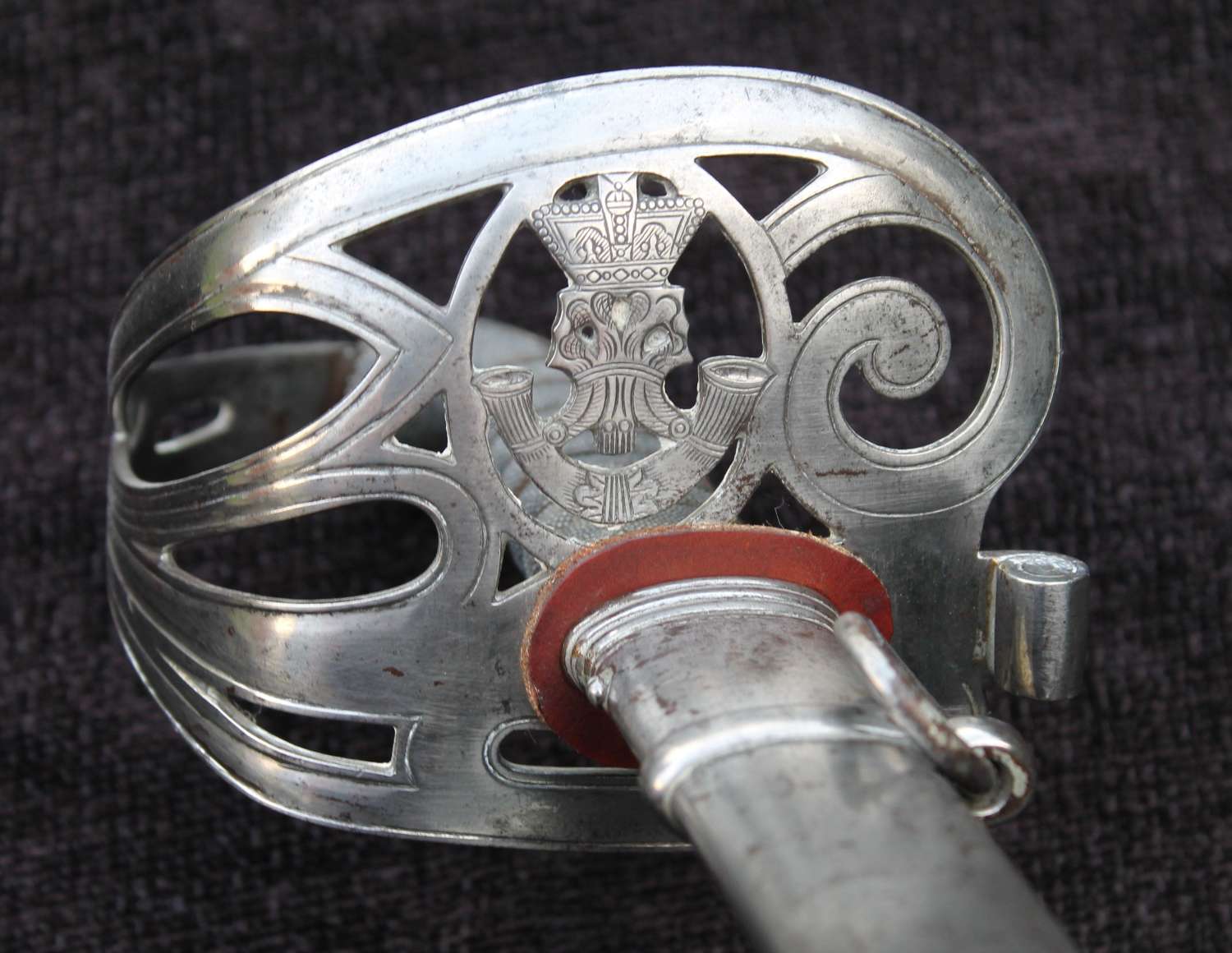 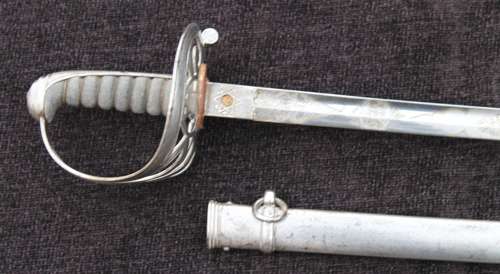 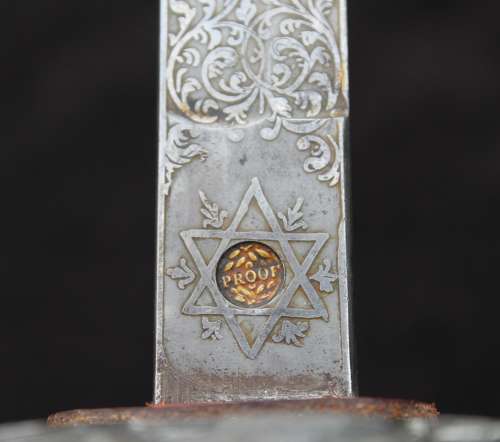 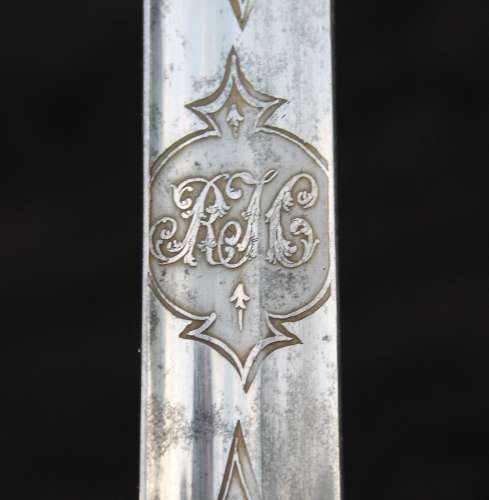 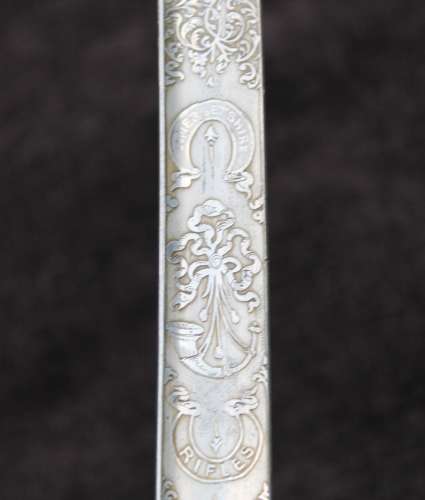 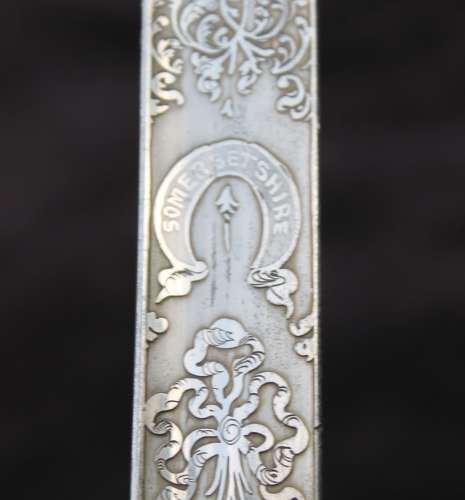 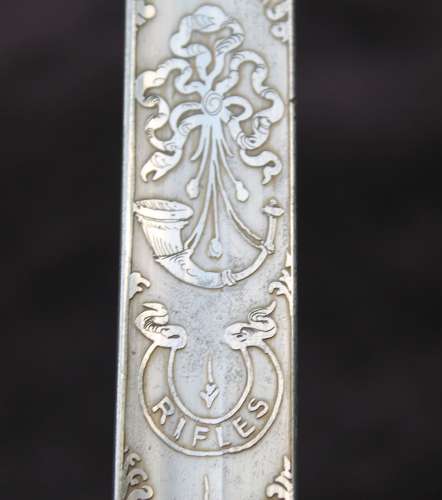 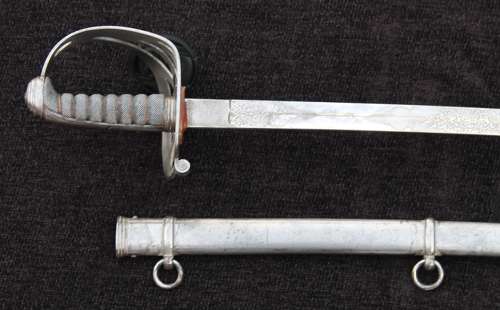 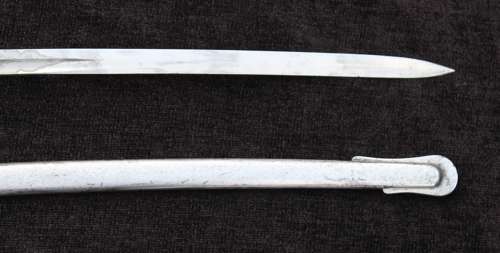 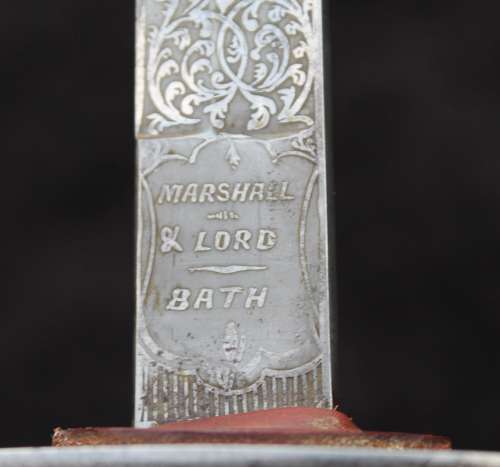 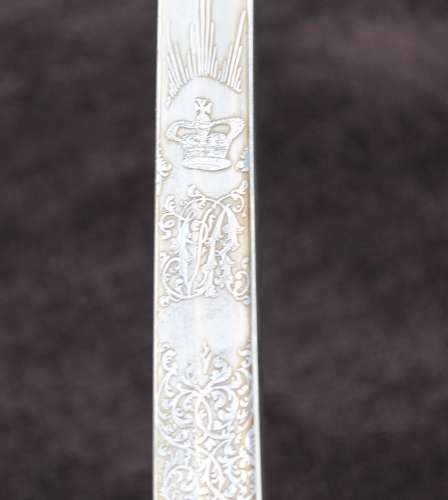 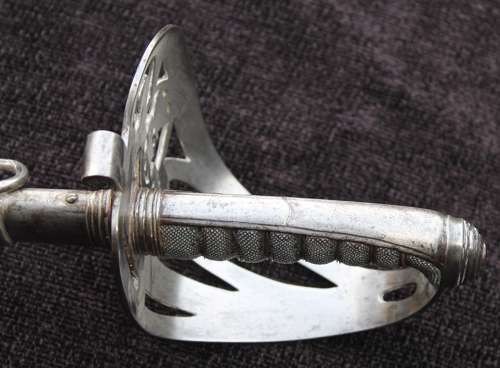 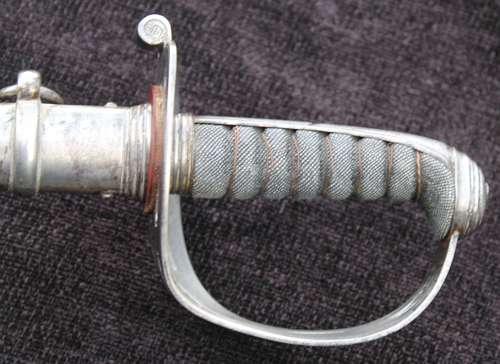 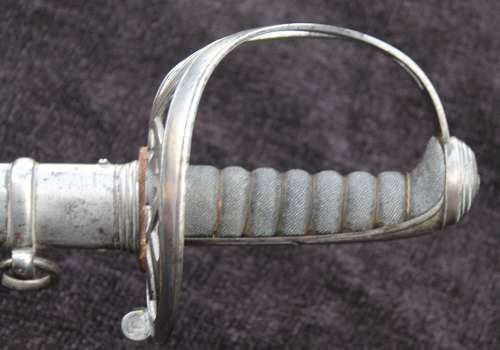 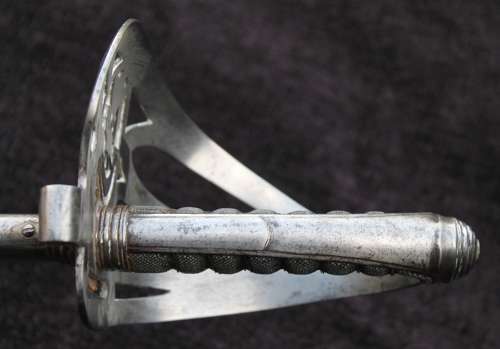 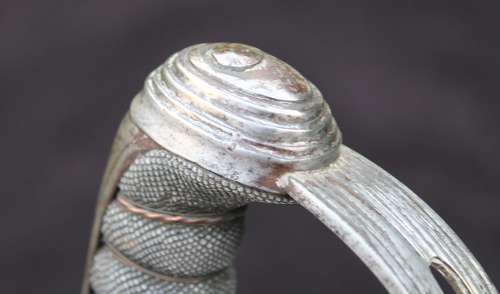 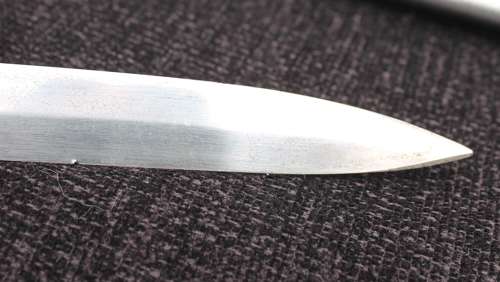 An outstanding example of a Somersetshire Rifles Officers Sword.

This sword retailed by Marshall&Lord of Bath, and bearing thier details at the ricasso. They are listed as a Tailor under this name in Milson Street between 1846 and 1864.

It has been pointed out to me that the (21st) Somersetshire Rifles were formed in April 1860 at Langport at Company strength. Their Captain was a Richard T. Combe. This would fit the date of production of this sword, and the middle initial could well be a "T" rather than a "J" which may provide a likely attribution.

The blade covered in old grease, and with some light contact marks to the cutting edge, the deepest of these to the back edge towards the point. The point itself with minor deformation. The blade washer appears to be a more modern replacement.

Housed in its original steel scabbard with twin hanging rings.

A very good example all around, which even with its minor cosmetic flaws would be hard to upgrade, and with the additional bonus of being able to research the original owner.