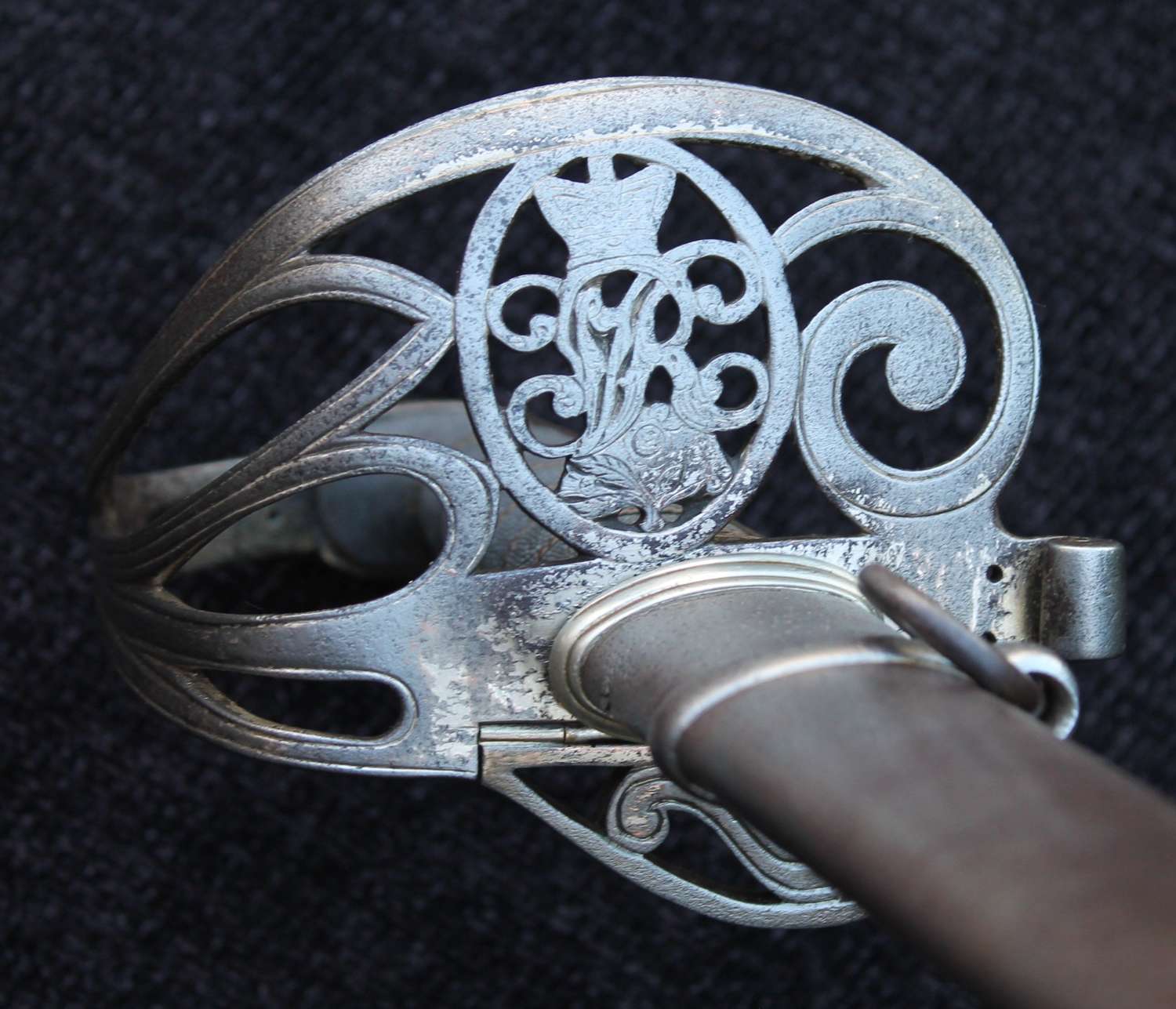 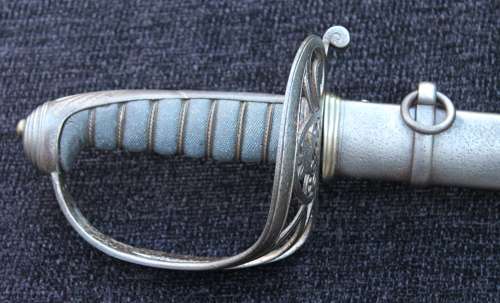 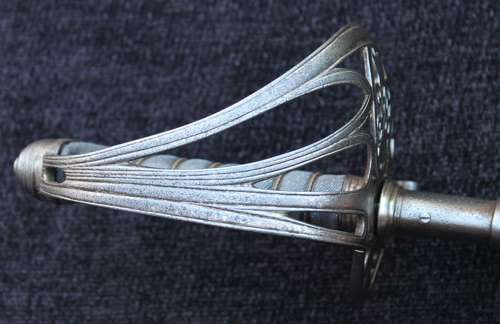 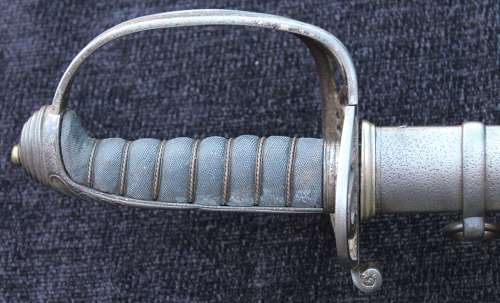 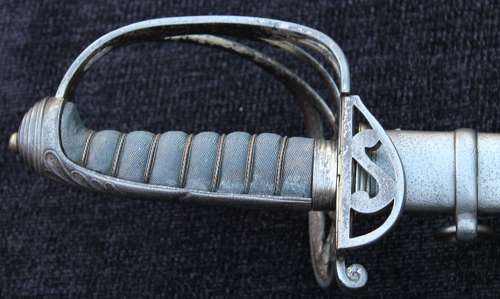 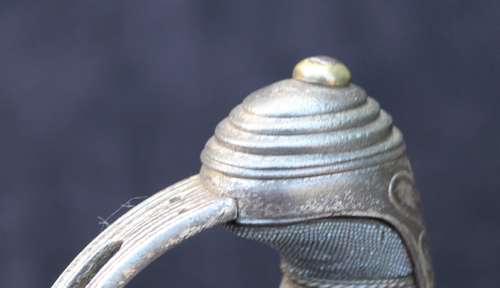 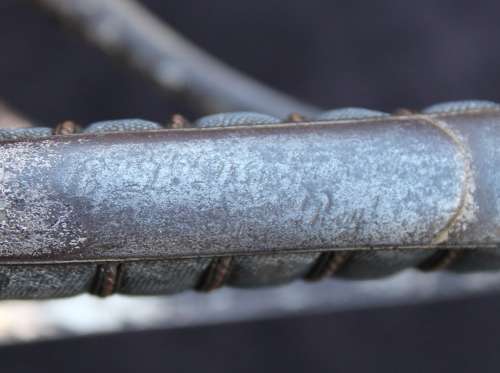 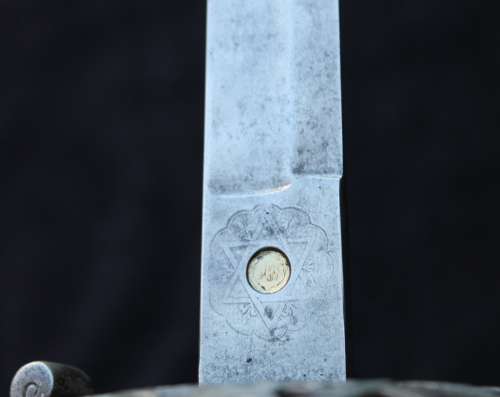 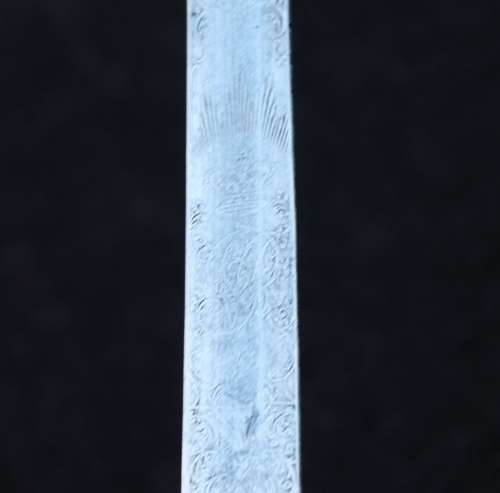 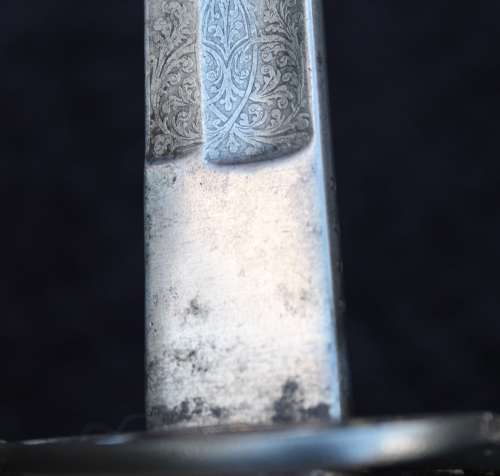 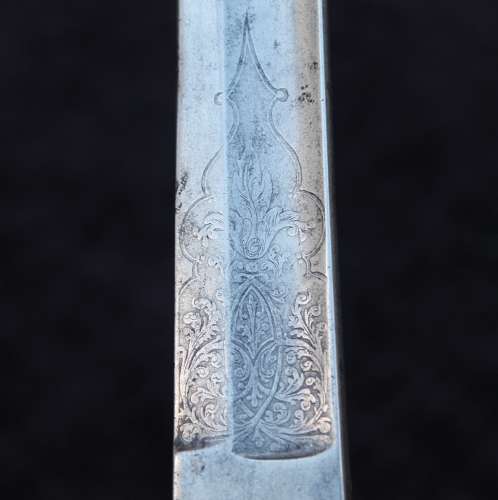 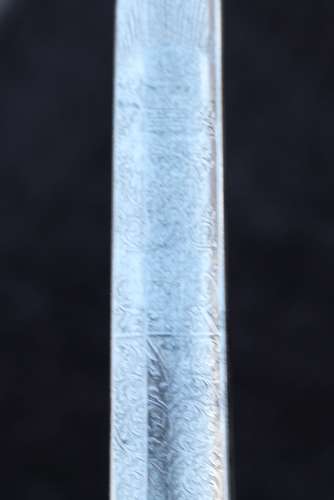 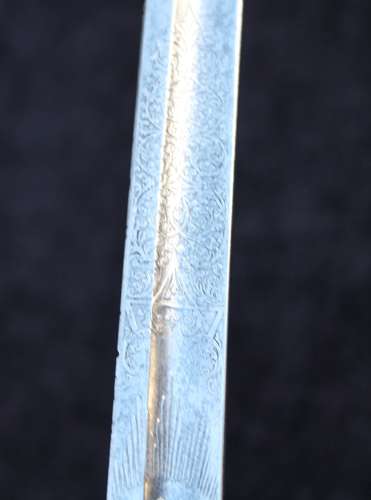 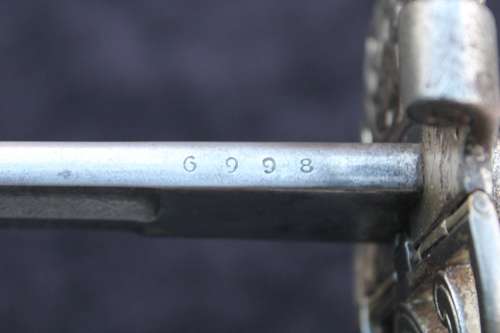 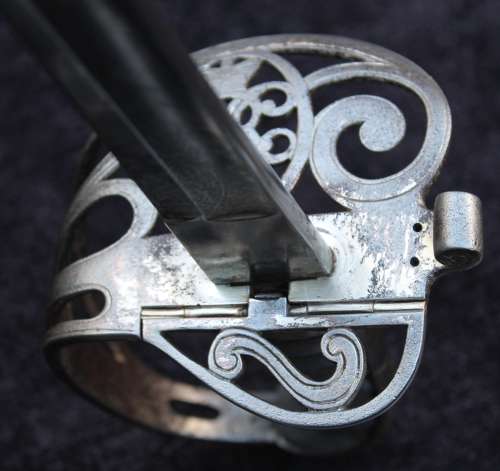 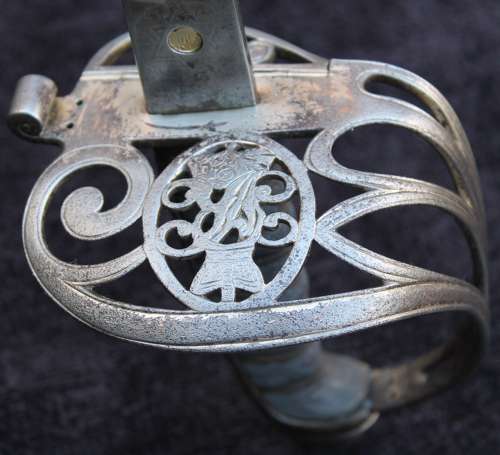 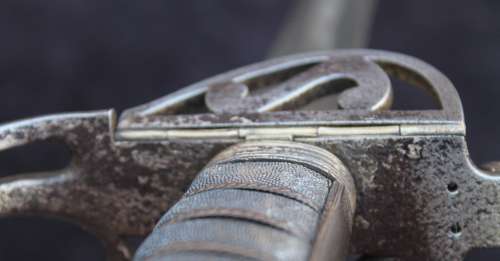 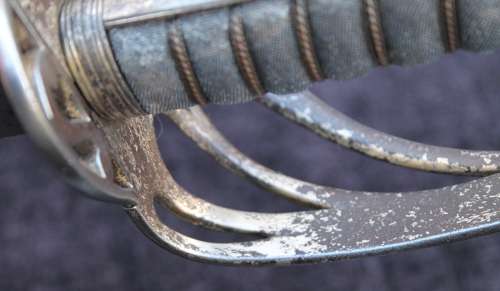 The sword of Charles Lewes Dashwood. (8th May 1833-January 15th 1891) He was the son of The Reverend Samuel Vere Dashwood, of Stanford Hall, Notts.

Served in the 34th Foot alongside his brother Richard Lewes Dashwood (Later Major General) and the 5th Fusiliers (Northumberland) He fought in the Indian Mutiny, 1857/58, he was present with the Gwalior Contingent on 26th, 27th and 28th Novemeber 1857, the Capture of Meeanguuge, the siege and capture of Lucknow, and the relief of Azimghur, being awarded the medal with clasp "Lucknow".

He also served under Lord Clyde during the Oude Campaign in 1858/59. He continued serving with the 5th Fusiliers until 1873.

He retired to Leicestershire, living at Stanford Hall, and later Charnwood Lodge,  passing away in 1891.

The sword itself is wonderfully untouched, privately sourced, and never previously offered for sale. It was produced by Henry Wilkinson in 1855 (There is a gap in the records for 6750 through 7000) It is a scarce steel hilted version of the 1822/45 pattern infantry officers sword. It is complete with folding guard, and originally would have been gilded, to resemble the regulation brass hilt. This would have been an expensive "optional extra" and would have made this sword a far more durable weapon for a professional soldier who realised that his life may one day depend upon his choice of sword.

The backstrap is engraved "C.L.Dashwood, 34th Regiment" This is worn, but still legible. The hilt is of standard 1854 gothic design, but rendered in steel, rather than the standard brass. Some signs of the original finish remain in sheltered areas.. The shagreen grips are bound in twistwire and are in good condition, with only minor service wear.

The 32 inch blade is 1845 pattern with single fuller, and has been service sharpened. The blade is etched with the usual foliate etching, crowned VR cypher. Wilkinson's details are now almost entirely erased at the ricasso, although the proof marking containing the HW initials remail clear, along with the serial number to the spine.

The sword is housed in a steel scabbard with twin hanging rings, which would have been a sensible upgrade for an officer on campaign. The scabbard with some dings, dents, old repairs and slight deformation, as one might expect. Also missing one throat screw, but generally solid and the sword draws and sheaths with no issue.

A very rare and interesting sword, untouched, to an interesting officer. I have only had a cursory glance at his service, and more research is needed into his military adventures in India.