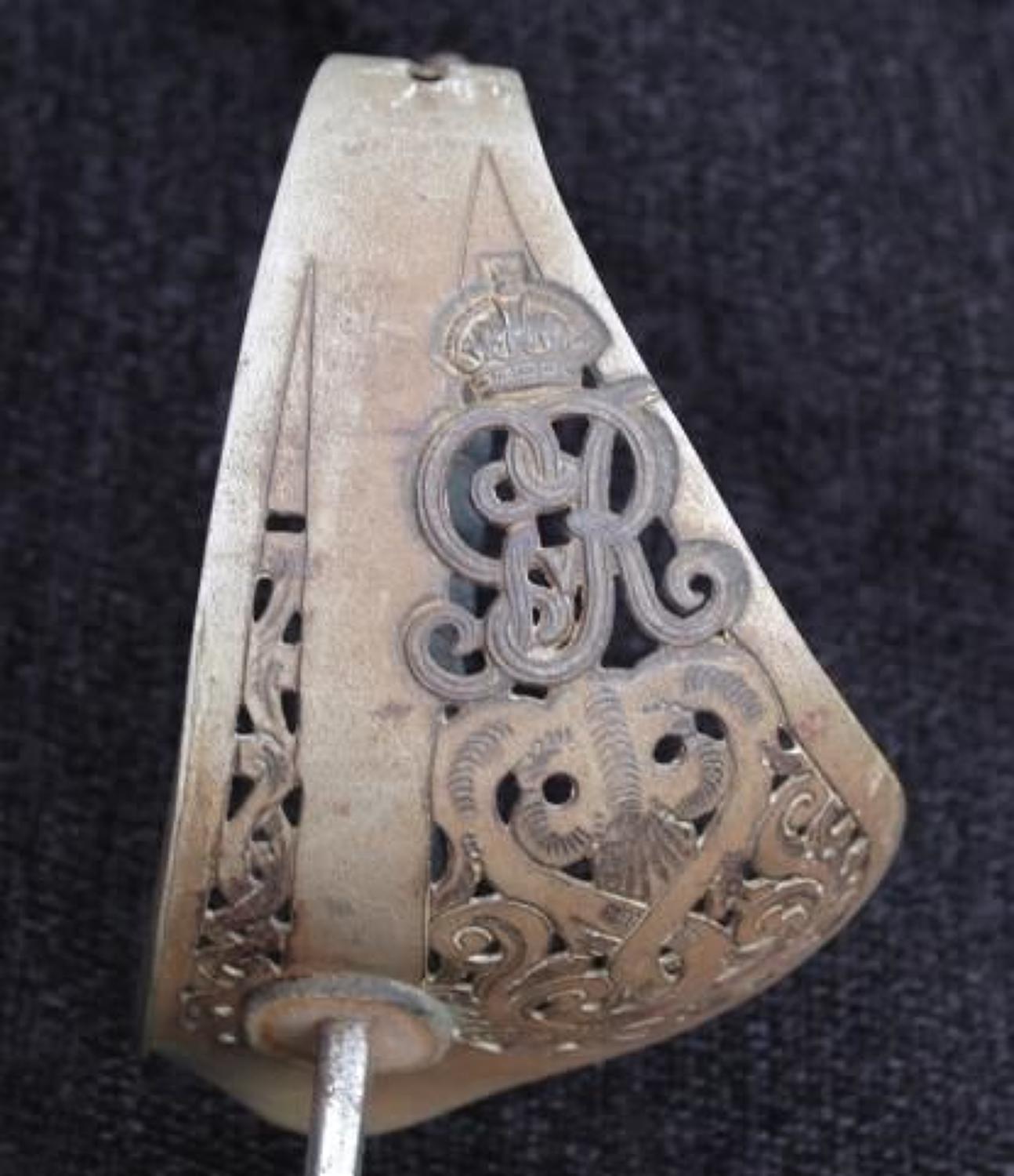 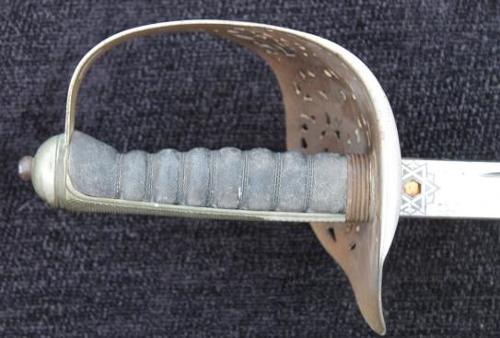 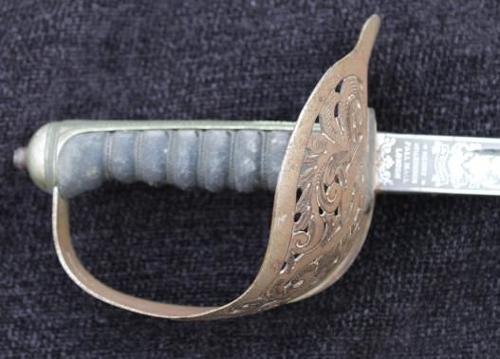 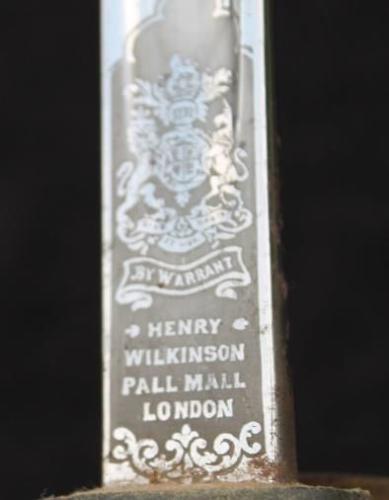 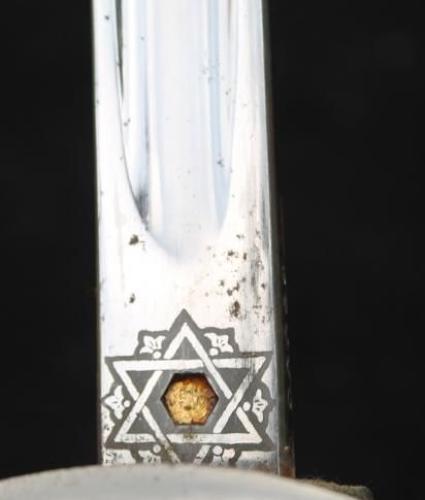 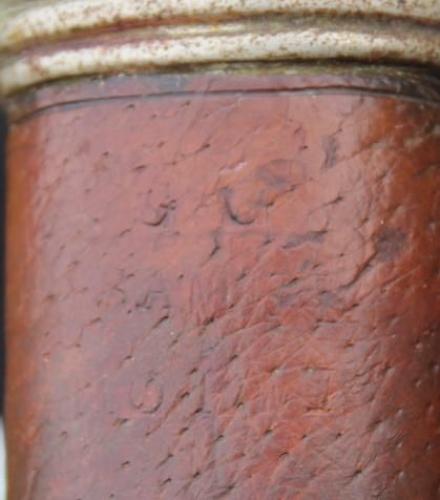 Namely, the sword has none of the usual etching, except for the Wilkinson Sword name and address, and the usual proof slug with interlocking triangles.

Whether this sword was ordered plain as a purely fighting blade, or if it was overlooked in the rush to supply the wartime demand for officers swords it is probably impossible to know.

A point which may support the former hypothesis is that this sword has been professionally sharpened, so the owner expected that he might have occasion to use it.

When I bought the sword it has a very tired Sam Browne frog attached which soon crumbled apart. Underneath on the scabbard is a faint stamped name, which after a wipe with some lanolin looks to read "G.G. Samuel, 10/ R.W.K."

Possibly marked in such a way to ensure the correct sword was taken from the rack in the officers mess.

There was a Lt. Gerald George Samuel serving with the 10th Royal West Kent's during WW1. A memorial tablet recorded on the Imperial War museum website shows that he was killed in action, whilst leading a charge at Messines, on the 8th of June 1917.

Generally untouched, the sword has all of its shagreen and silver twistwire grip, the guard is is unpolished and in need of a clean. The blade is bright, with some light spotting, which should clean off quite easily.

A solid Great War period officers sword with some provenance and research potential.

Strictly over 18's Only