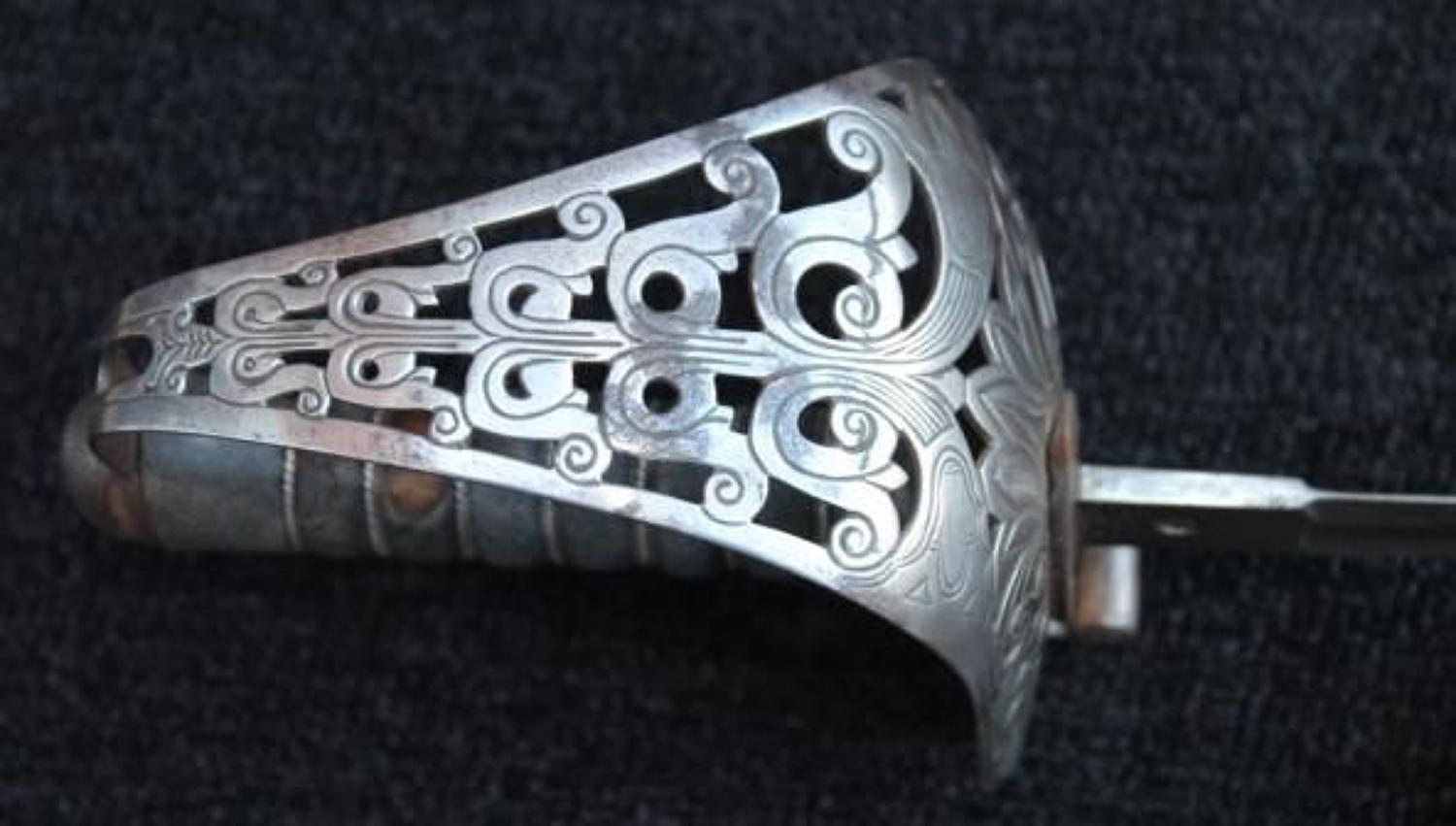 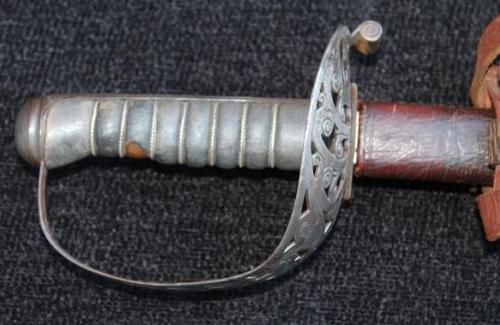 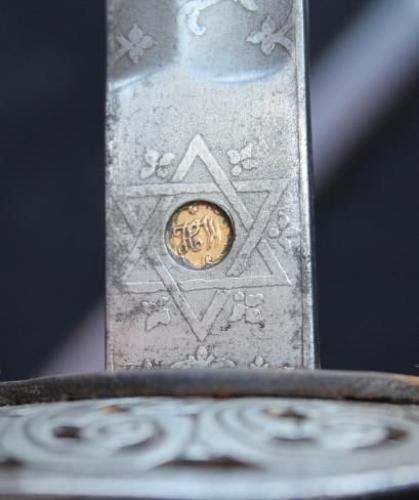 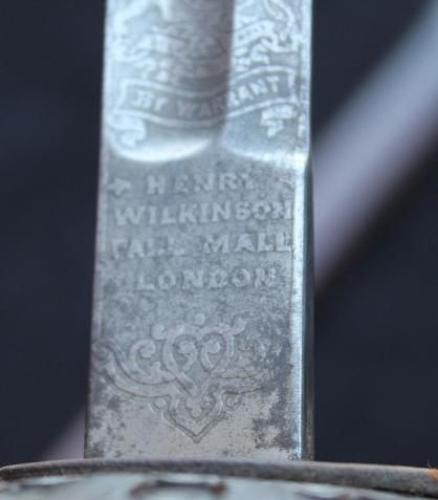 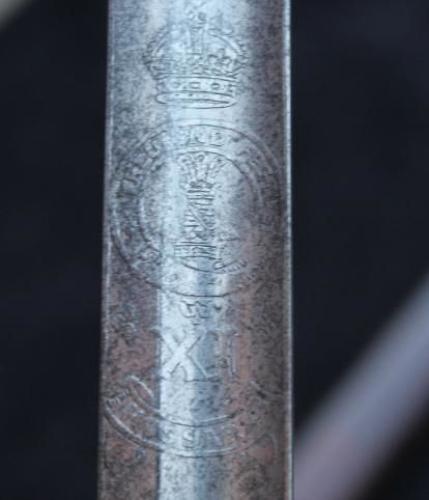 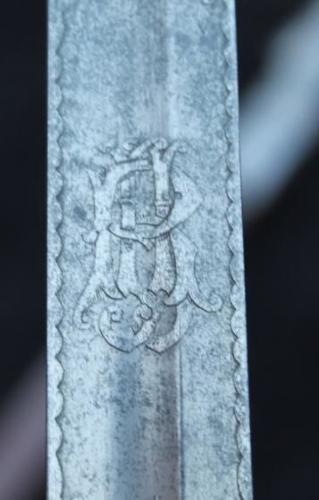 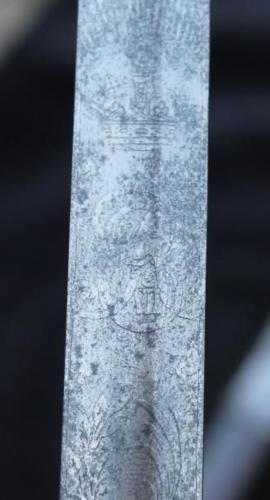 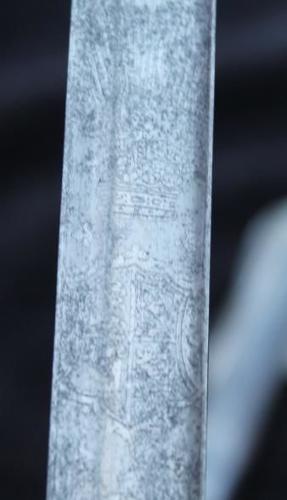 Wilkinson sword makers mark and proof slug at either ricasso, the number stamped to the blades spine.

The 34 inch blade bearing the owners initials and the regimental badge of the 11th Hussars.

Some staining to the blade but all etching legible and would improve greatly with a gentle clean.

Housed in its brown leather field service scabbard with steel mounts, and complete with leather frog.

Captain Richardson served in the campaign on the North West Frontier of India in 1897-98 (Medal with Clasp) and also served in the South African war in 1899-1900 with the Imperial Light Horse, and took part in the defence of Ladysmith, including the attack of 6th January 1900 in which he was severely wounded

Served in the European. War; Despatches

For conspicuous gallantry and devotion to duty at Hadranizah on 29th October, 1918.
He led his regiment under heavy fire to the successful assault of a bluff. His cool and
determined action had a great and far-reaching effect at a critical point of the operations.
(D.S.O. gazetted 25th August, 1917.)