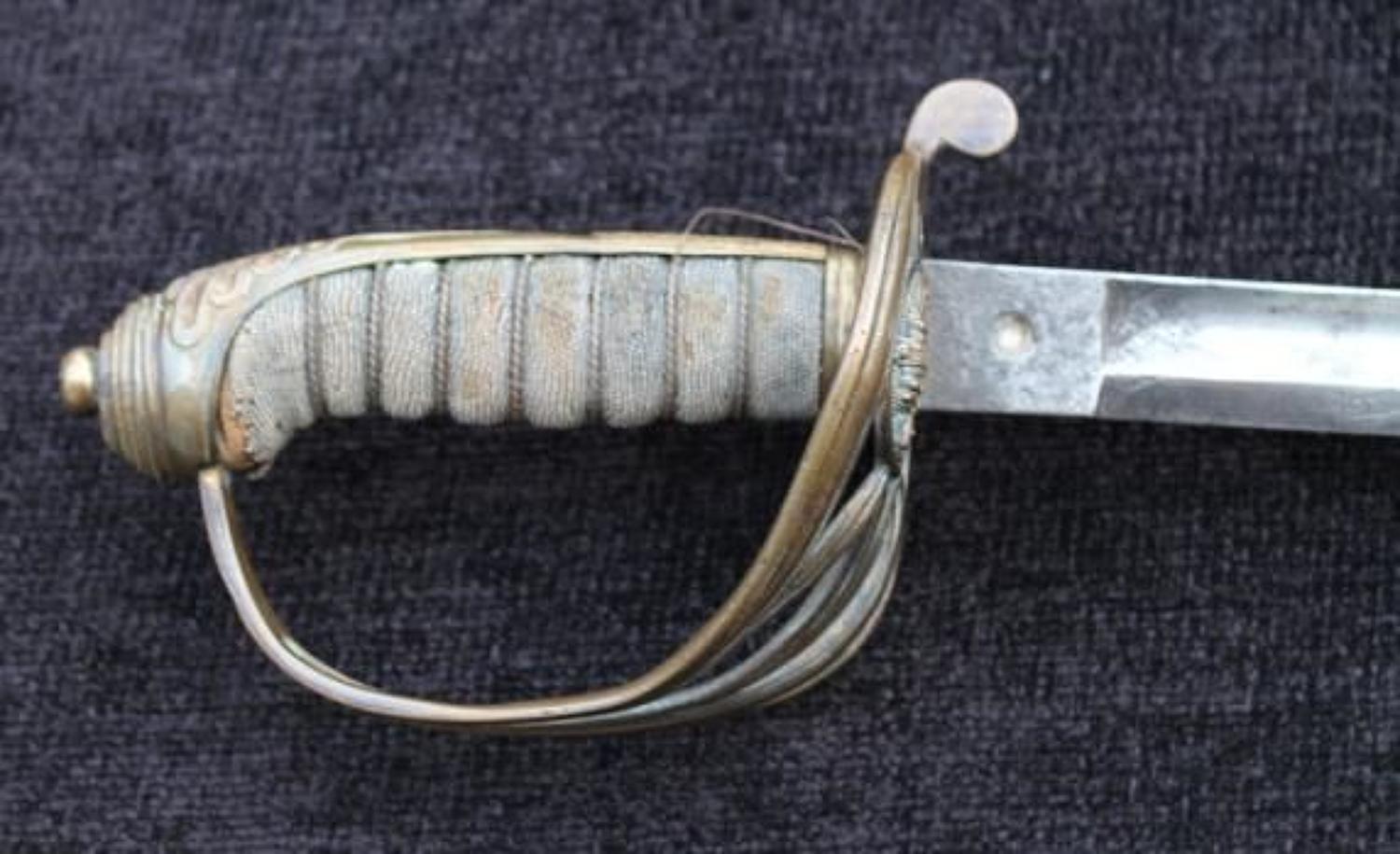 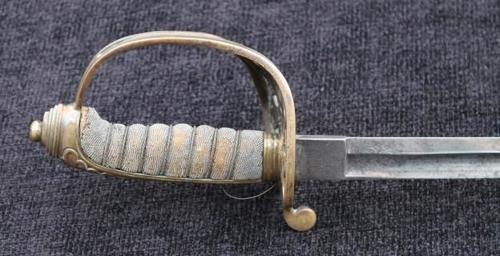 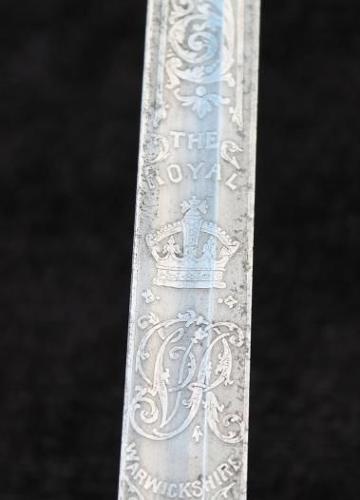 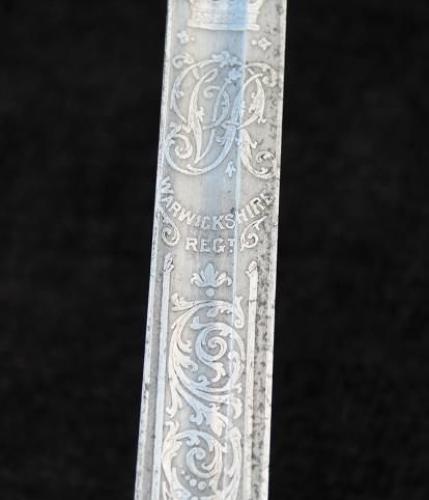 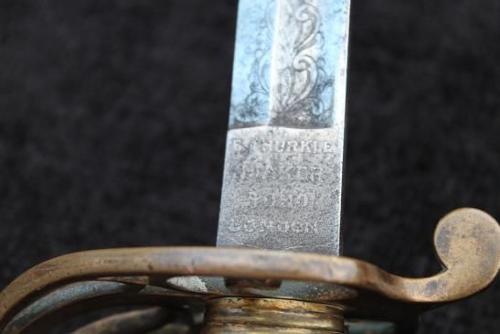 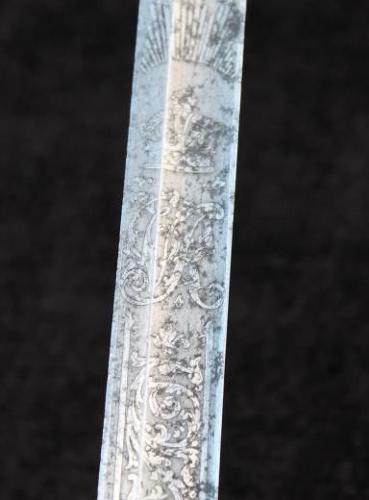 Commissioned into the Royal Warwickshire Regiment as a Second Lieutenant, and transferring to the 1st Volunteer Battalion Gordon Highlanders. Promoted Lieutenant March 1900.

Captain Elsmie was commissioned as a Temporary Captain in October 1914 from the reserve of Officers for service during the Great War.

Sword in need of some TLC.

Some play in the hilt, and would benefit from being fitted with a blade washer. Hilt good and crisp, with no buckling. Shagreen 90% complete, with some of the smaller strands of wire loose or absent.

Regimentally marked blade, along with the owners initials "J.R.F.E." The blade with some dark areas of staining, and areas of pitting, most noticeably towards the tip caused by water ingress to the scabbard.

An interesting regimenatally marked sword, which will improve, and with scope for plenty of research potential.