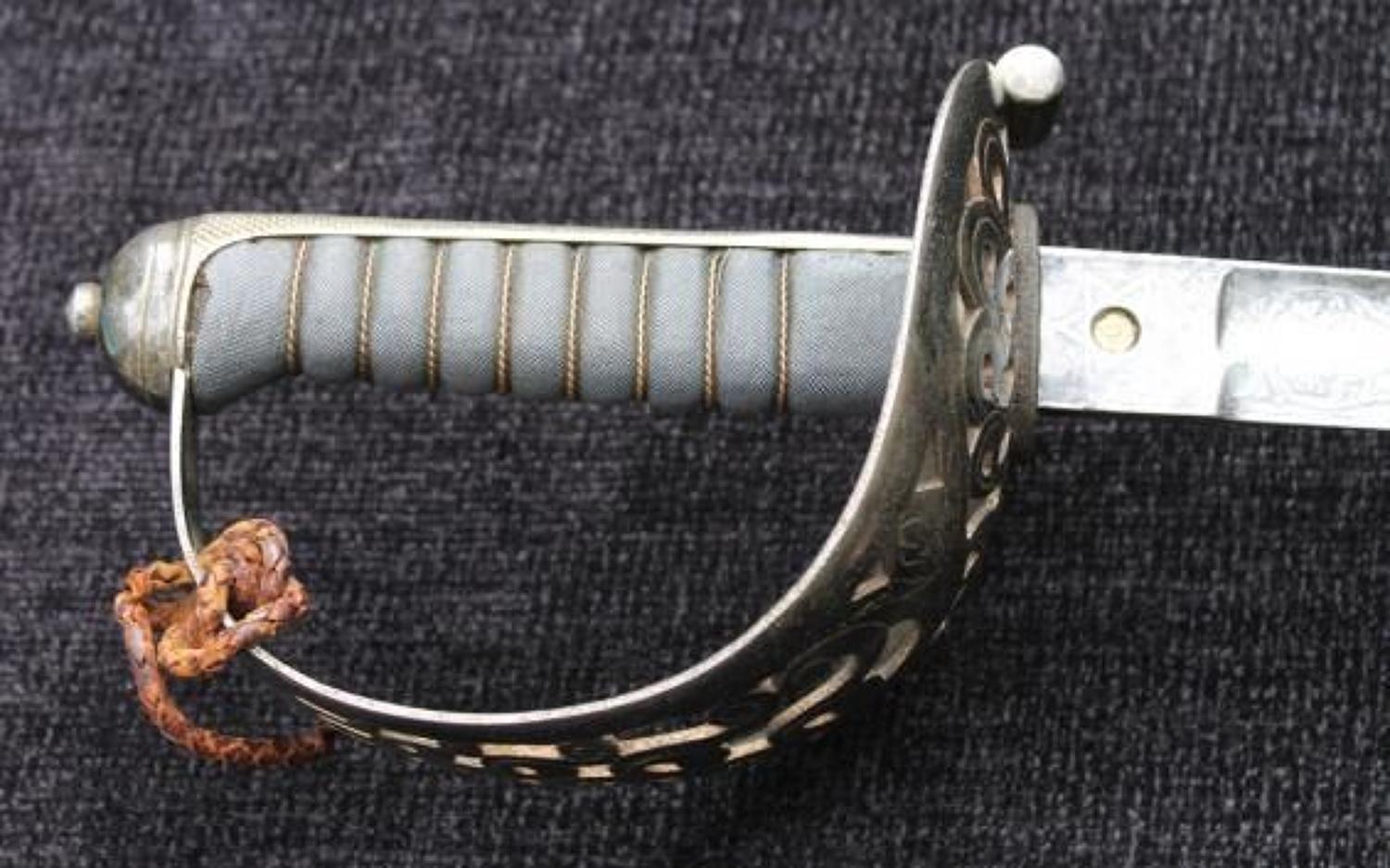 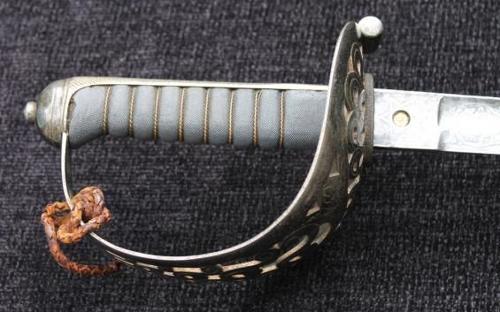 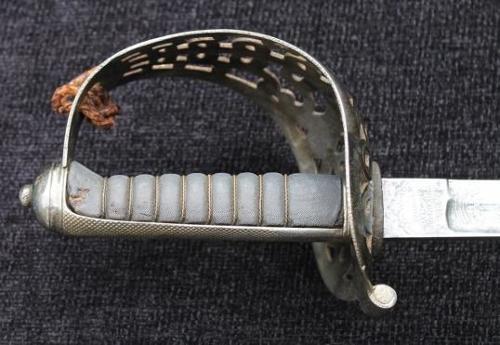 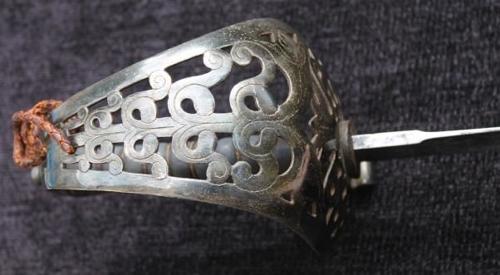 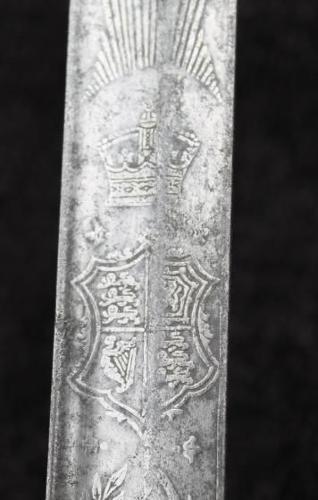 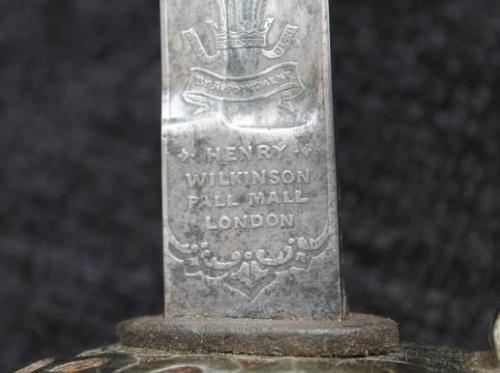 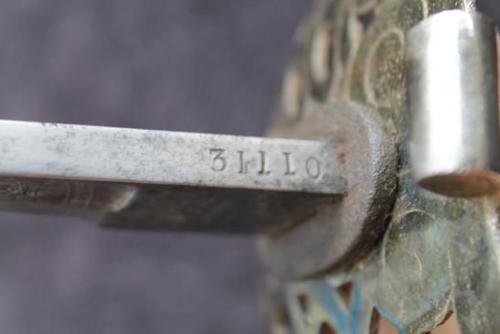 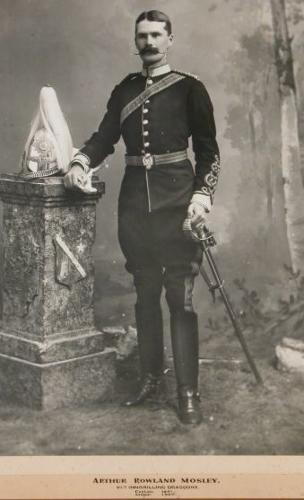 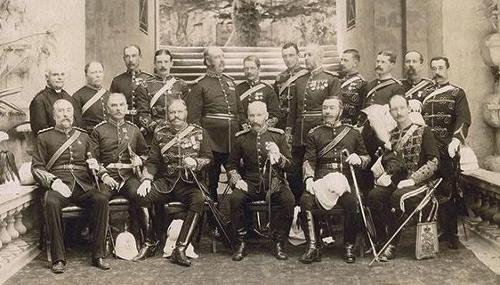 Arthur Rowland Mosley was born on 8 May 1862 at Egginton, Derbyshire, England.

He was the son of Reverend Rowland Mosley and Jane Charlotte Rose Every.

He served with the 6th Inniskilling Dragoons, and fought with the regiment during operations in Zululand during 1888. He then spent time as ADC to the Govenor of Malta, before again servin in the Boer War, where he was severely wounded, whilst in command of "A" Squadron.

Major Mosley was awarded both the Queens Medal with three clasps & the Kings medal with 2 clasps for South African War.

He lived at The Hollies, Linslade, Leighton Buzzard, and when he retired from the Army with the rank of Major, They lived at Burnaston House, Egginton, Derbyshire, and post war Moseley held the office of Justice of the Peace (J.P.) for Derbyshire.

Great potential for further research, and a scarce opportunity to own a sword to an officer who fought and was wounded during the Boer War.

Blade is in good untouched condition, with some age related staining, blemishes and light pitting toward the mid section. Showing no signs of having been cleaned, I suspect the overall appearance could be greatly improved.. The sword has been service sharpened.

95% of the shagreen complete, areas of loss to the upper grip and bound by silver twist wire. Honeysuckle hilt is dirty and requires a clean, but crisp detail is visible under the grime.

Accompanied by some research, confirmation from Wilkinson sword that this sword belonged to Mosley, and a digital copy of a Photograph showing Mosley wearing this very sword.