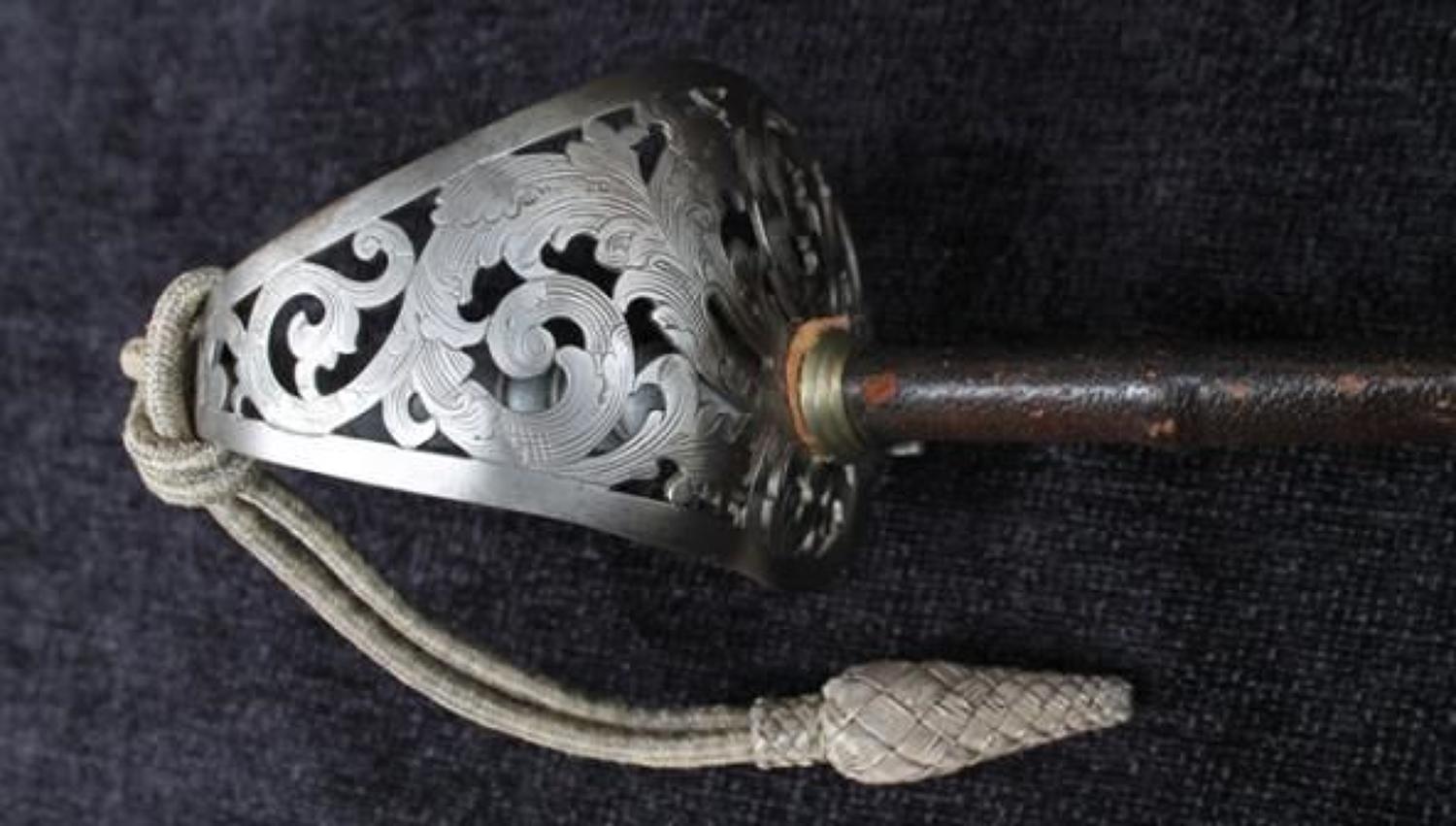 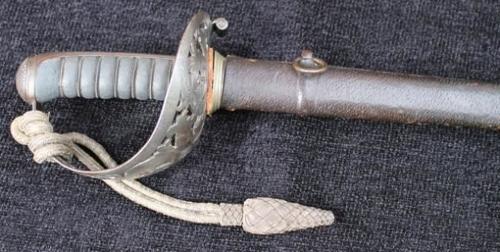 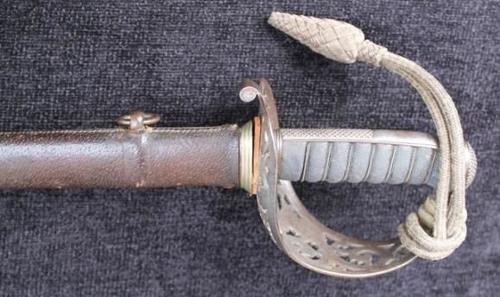 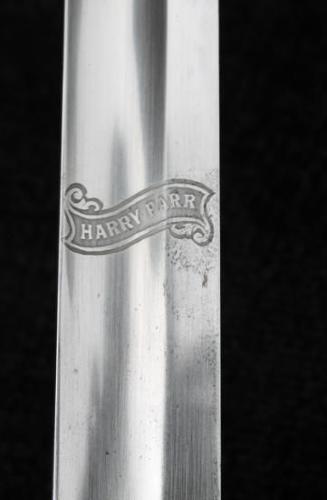 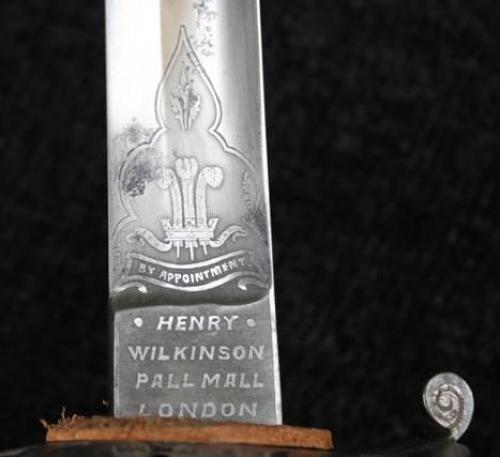 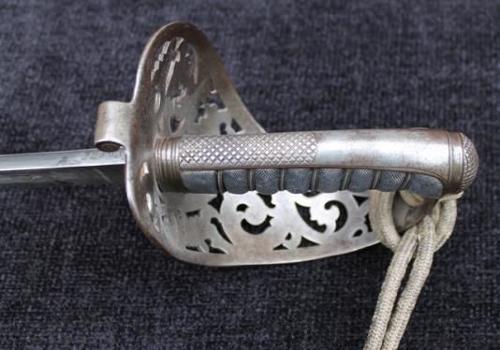 One of the cleanest swords I have ever owned, and made as a special order for one "Harry Parr" in March 1879. Housed in an unusual leather covered steel scabbard (presumably to reduce the risk of light reflection, whilst maintaining a sturdy housing in the days before the field service scabbard.) The hilt of of the coveted "Scroll" form, more commonly associated with Indian service. Aside from the Wilkinson manufactures details, the proof slug and star, and the number on the spine, the sword's 35 inch blade is completely plain, with the exception of a small scroll containing the name "Harry Parr"

Taking these unusual features together, it is safe to assume that this sword was made for a professional soldier, most likely a mounted officer, who wanted the very best, and most effective sword at his side, rather than a sword for "show".

Judging by a hunt through the army lists, the most likely candidate that fits the dates of the sword manufacture would be Henry Hallam Parr.

Parr was the officer who first received Colonel Pulleine's final dispatch from Isandhlwana on the 22nd January 1879, shortly before the 1/24th were overwhelmed by Zulu forces.

A folder of research on this individual will accompany the sword, along with the Wilkinson Proof Book entry for this sword.