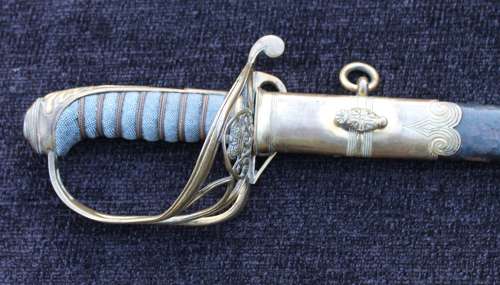 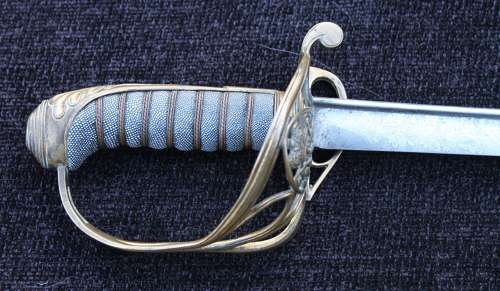 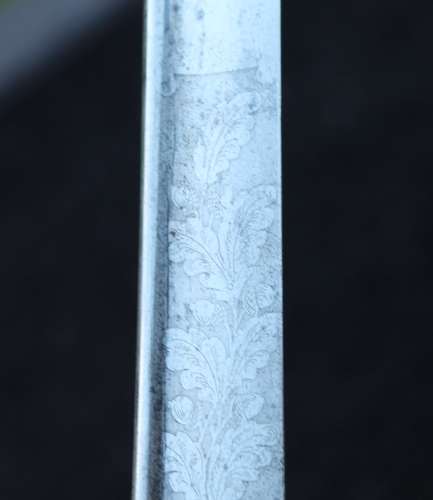 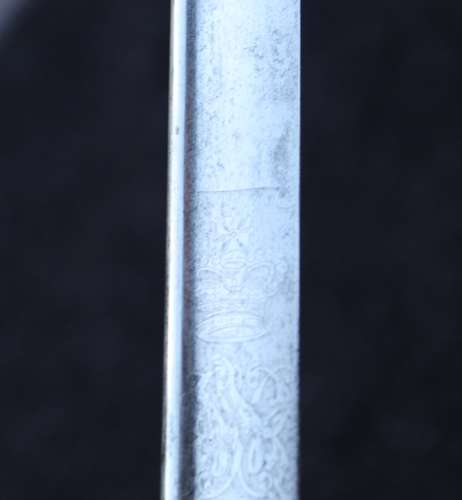 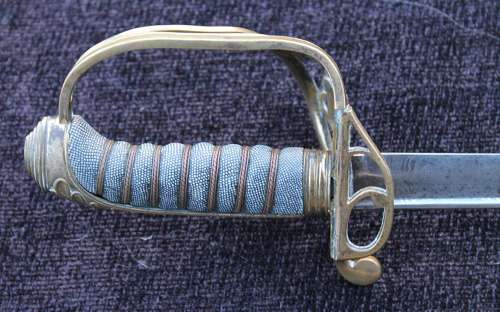 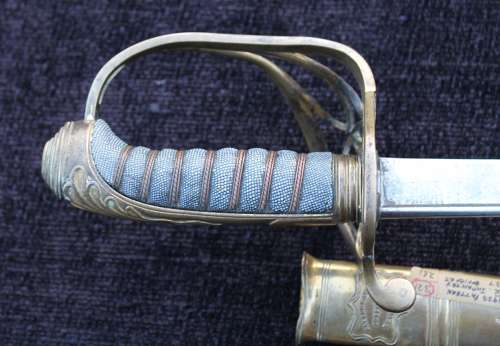 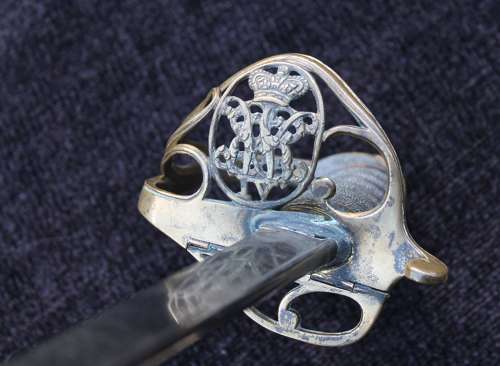 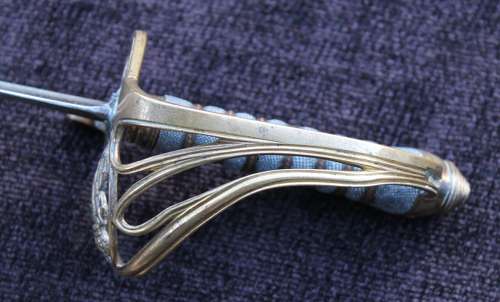 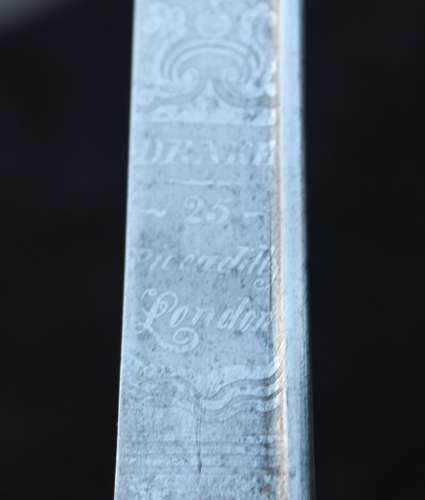 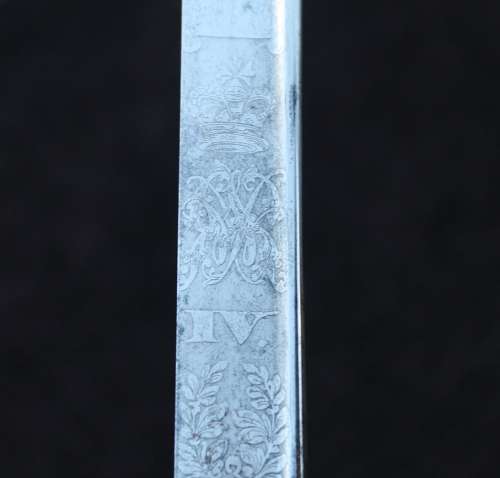 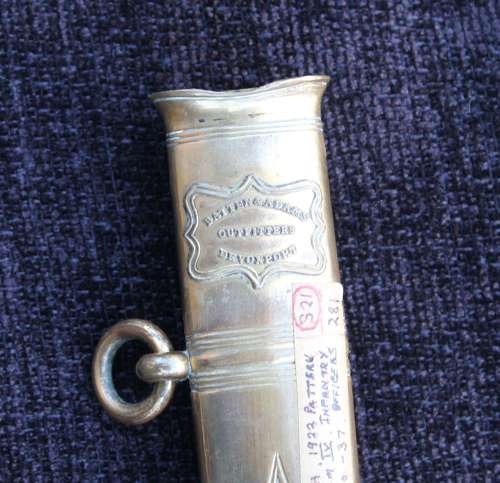 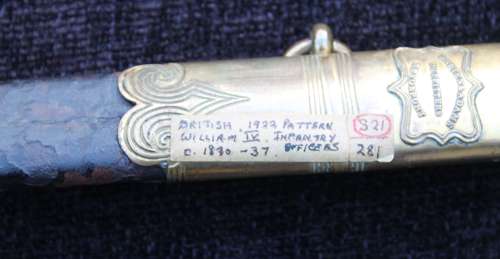 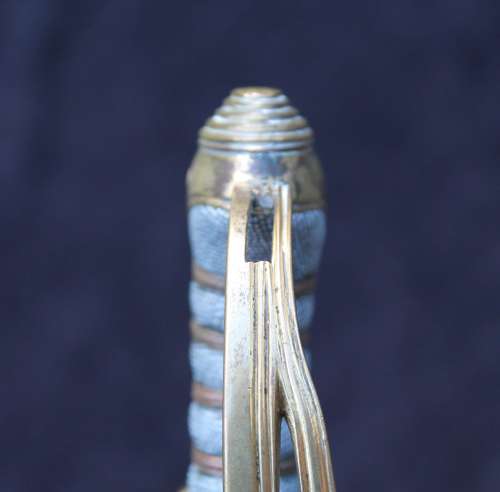 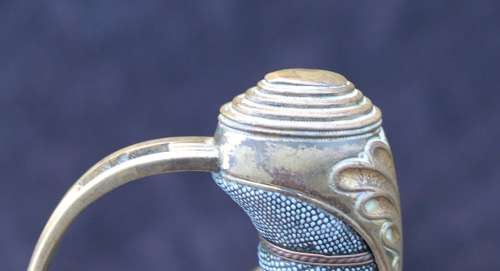 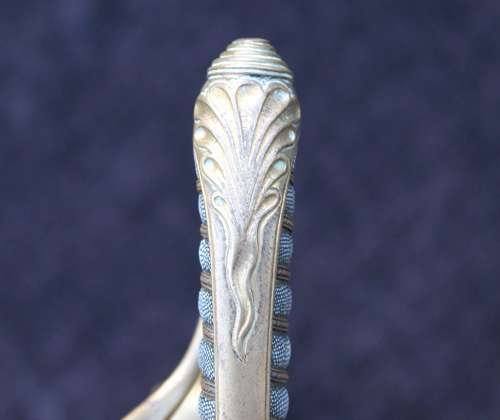 The pipe backed blade measures 30.5 inches. Maker marked to the ricasso "Drake, 25 Piccadilly, London." Although not mentioned in a directory, I have noted two other pipe backed swords, and a Scottish dirk, marked to "R.Drake 25 Piccadilly"

Etched with WIV crowned cypher, and floral decoration, the etching is bright and clear.

The brass 1822 pattern hilt is solid in the blade with some minor deformation. Folding guard is present and working correctly. The shagreen grip is complete and in good condition, as its the copper wire binding.

Marked to the scabbard locket "Batten&Adams Outfitters, Devonport". Both Batten and Adams are recorded as working in Fore Street, Devonport during the 1830's, so it would seem thier partnership formed earlier previously thought. They are referred to specifically as "Naval Outfitters" so it likely that they would also have catered for Royal Marines.

As outfitters they would have bought there swords in from a cutler, in this case, Drake. Coupled with the shorter blade length, and the scabbard being a perfect fit, and being that this isn't a Naval officers sword, it seems likely that this sword was retailed to an officer of Marines.

Scabbard of regulation pattern, with signs of old repair and reinforcement to the black leather, but intact, and a perfect fit, with no shrinkage.