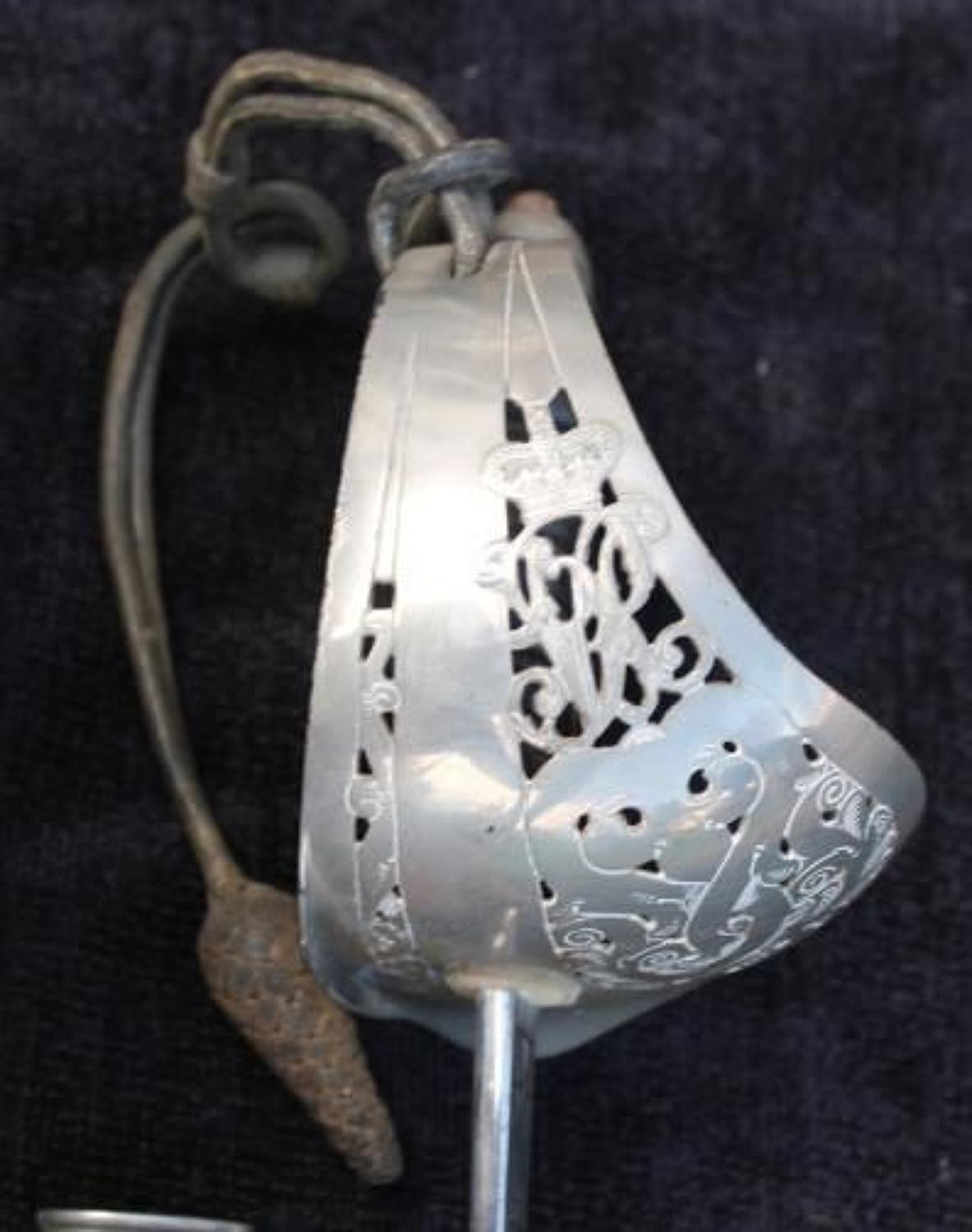 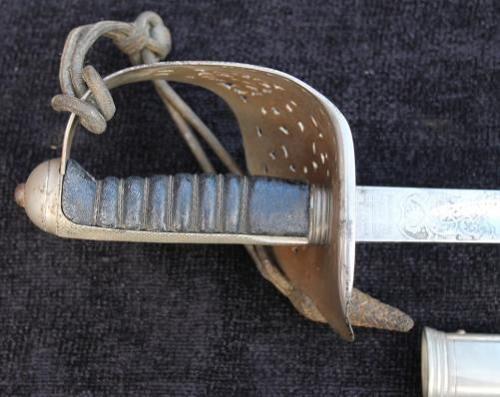 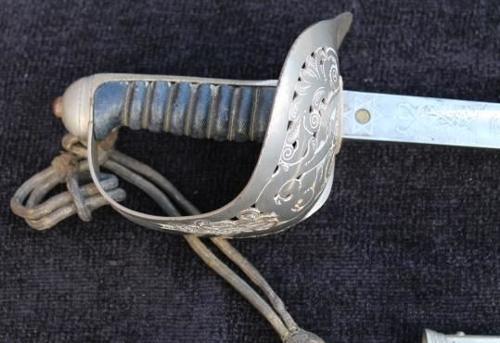 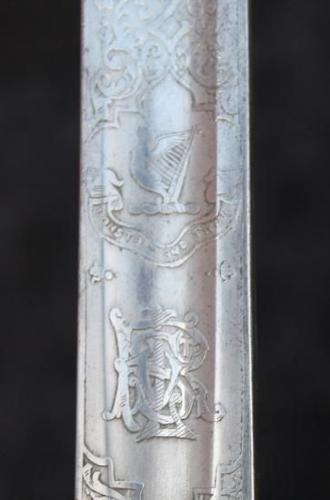 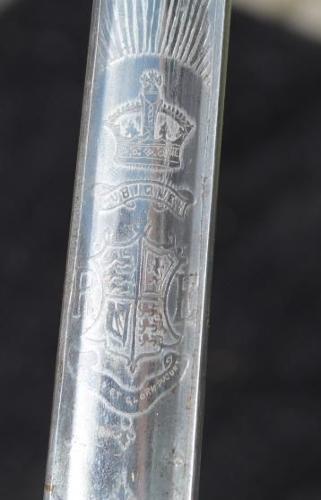 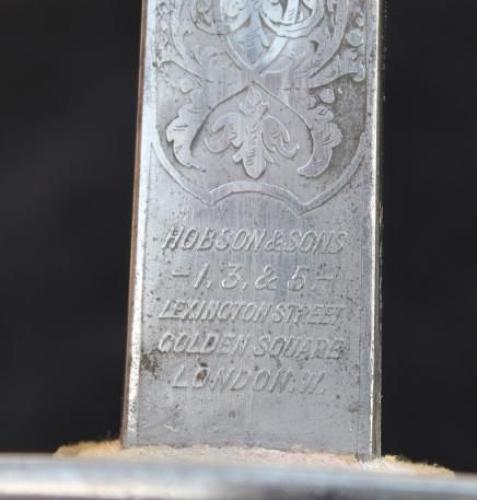 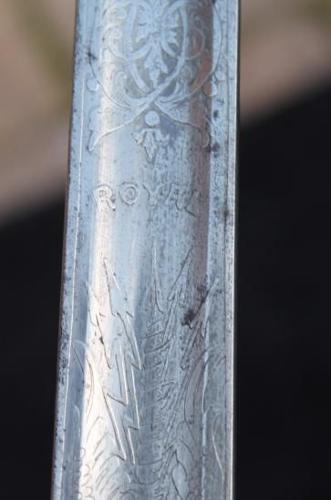 Major Rose was killed in action on the 27th November 1914.

His brother, Captain R.H.W. Rose was also KIA on October 24th 1914, serving with the Cameronians .

They were a junior branch of the famous Rose family of Kilmarnoch, and a version of the Rose family crest appears on the sword.

Major Rose graduated for RMA Woolwich in March 1895, being gazetted into the Royal Engineers. He was promoted Lieutenant March 1898, and Captain in April 1904.

He excelled in the Gymnasium, and amongst other things running, rowing, horse racing, Polo and rugby.

He mobilised in September 1914, and went through fighting in and around Ypres.

He declined leave in November, claiming that as he could not spare any of his junior officers, he could not in good conscience leave himself.

He was mentioned in Sir John French's Dispatch of 15th January 1915.

An extremely fine untouched sword, housed in its original plated dress scabbard, and complete with bullion sword knot. Minor plating losses to scabbard and guard. A light clean would have this superb sword back in parade ready condition.