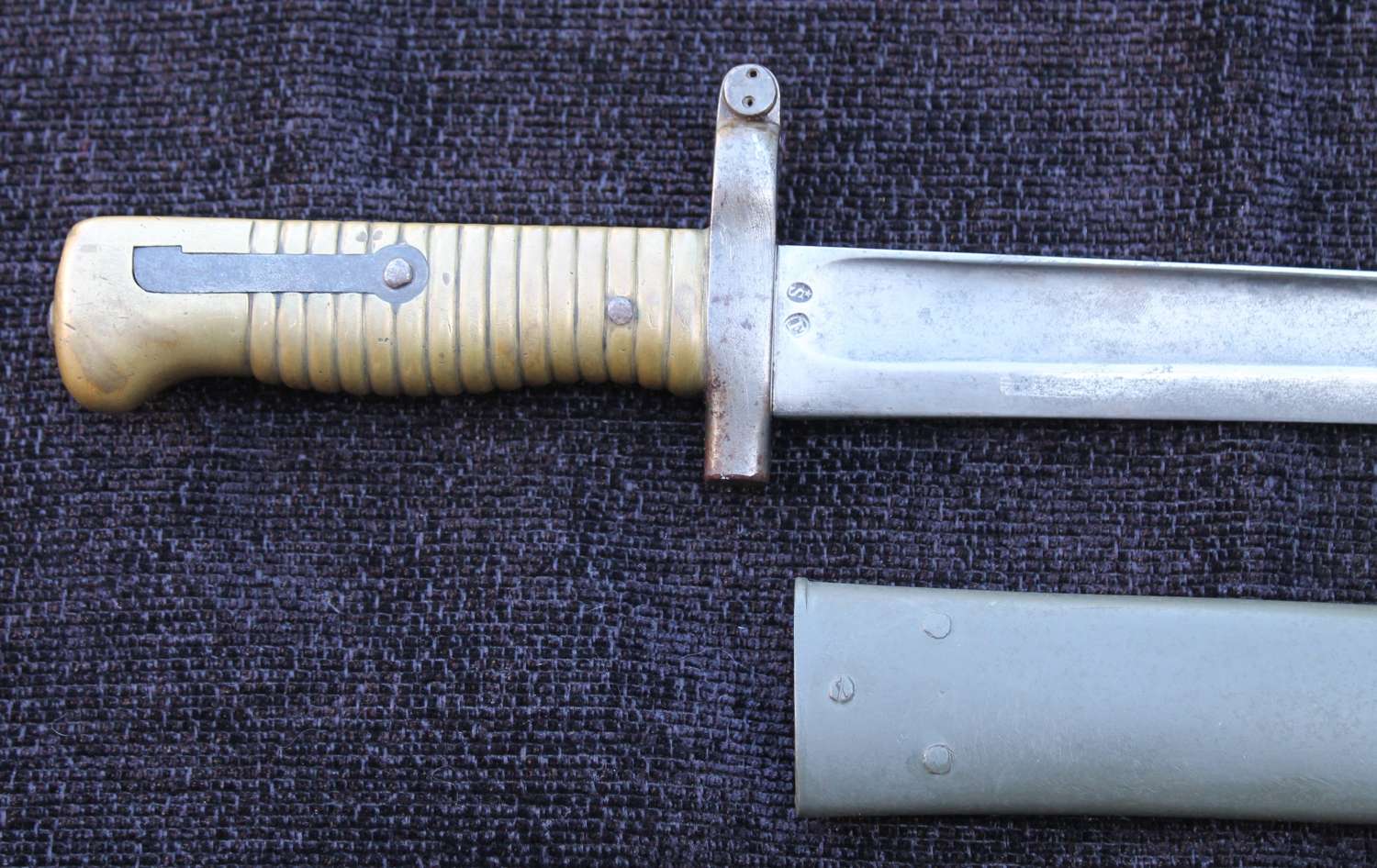 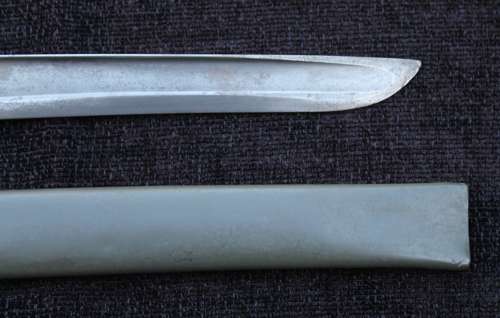 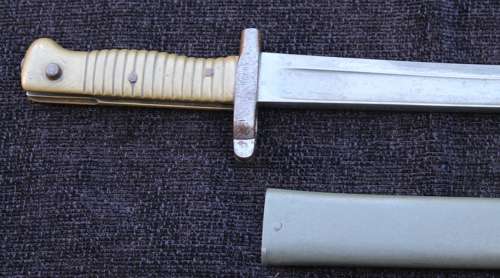 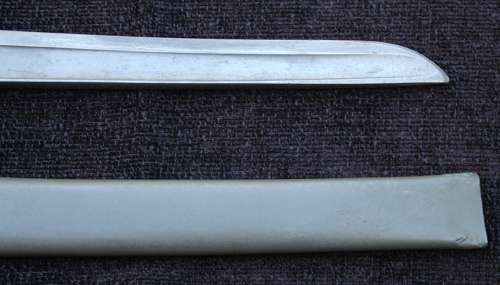 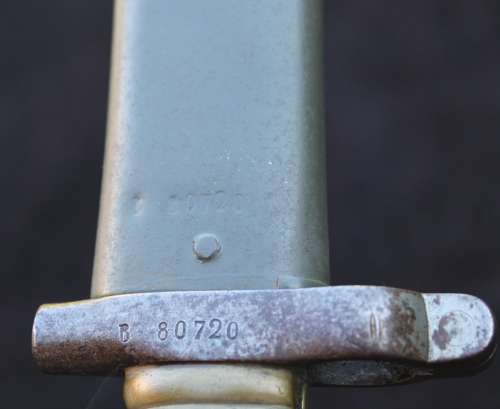 An interesting French Chassepot bayonet which has been officially cut down and reissued as a fighting knife in WW1.

The French government were struggling to provide their troops with sufficient quantities of fighting knives during the Great War, so stocks of old bayonets were simply converted and reissued. This example originally dates to 1871 and carries matching numbers to bayonet and scabbard. The sheath has been crudely shortened, crimped, and resprayed.