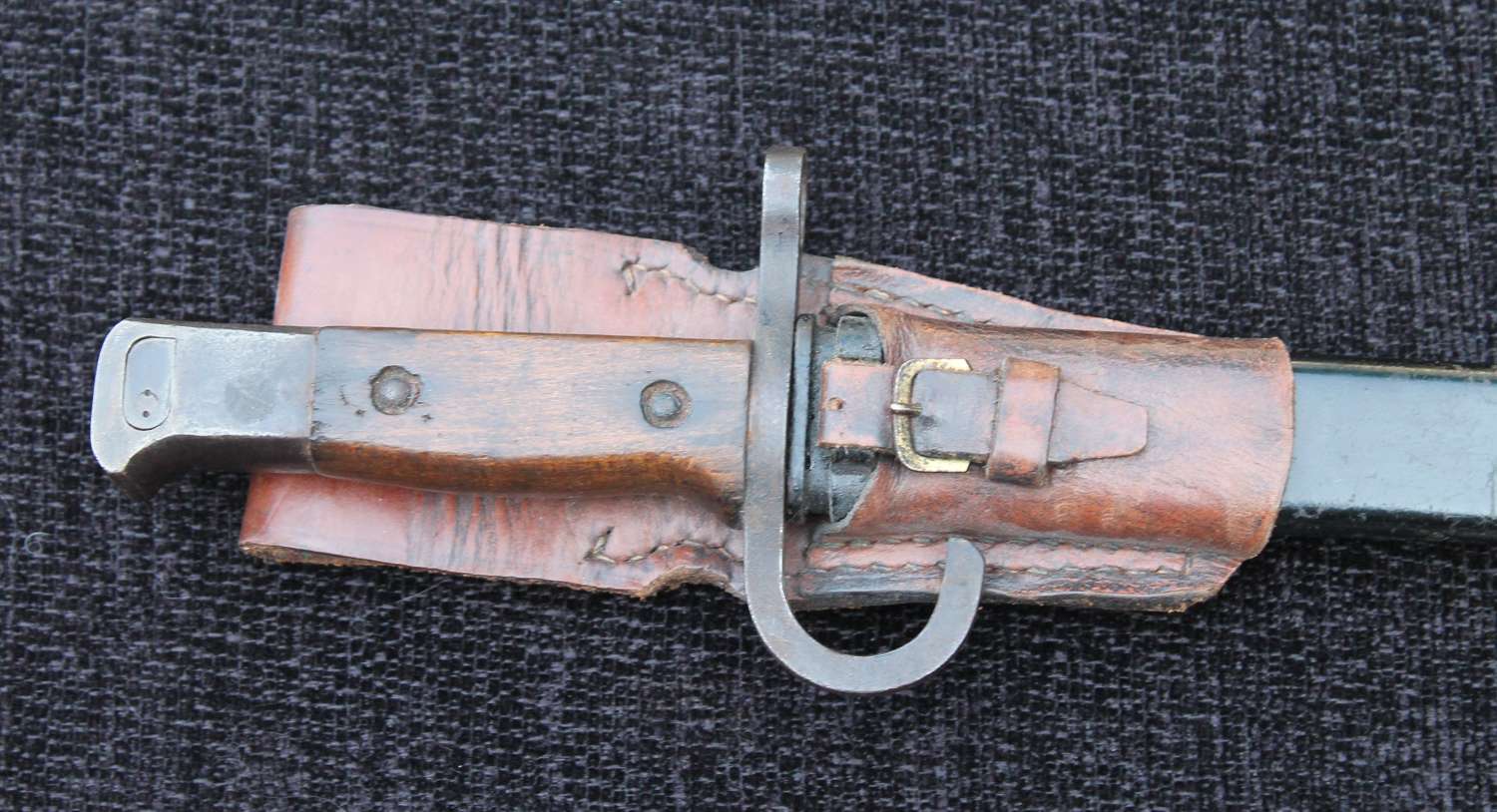 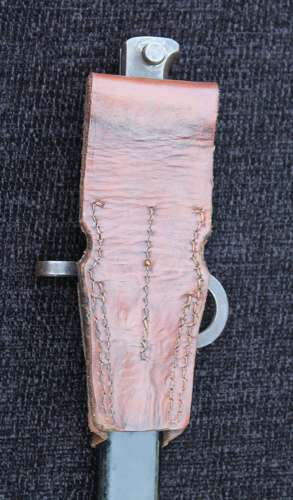 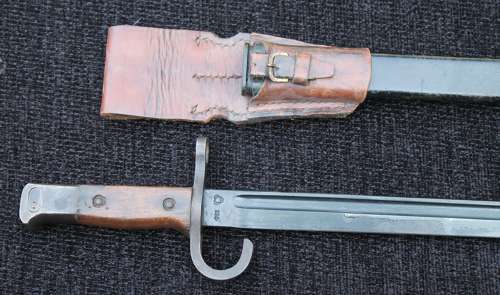 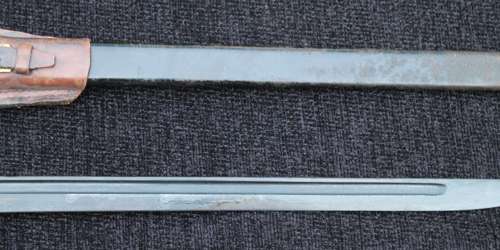 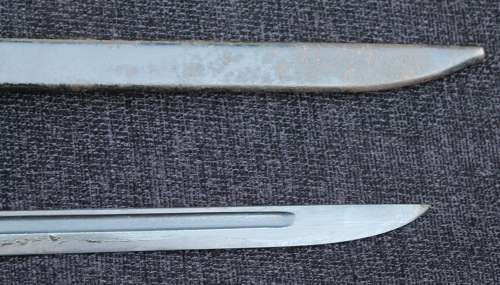 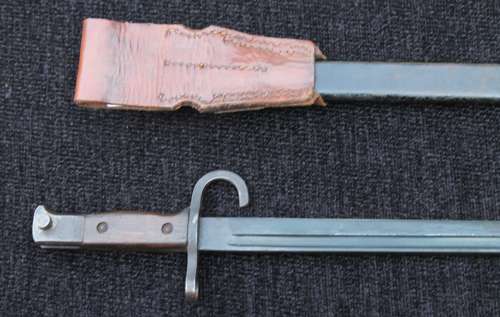 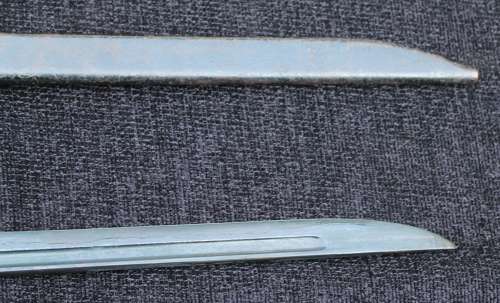 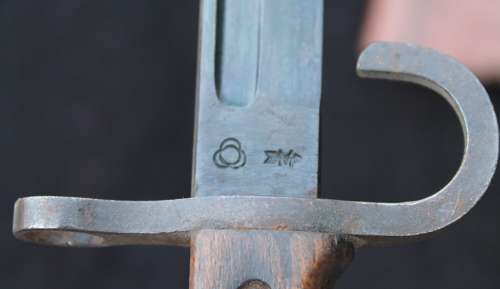 This would indicate that the bayonet was a WW2 captured weapon, reissued to Chinese forces during the Korean war, and brought back from there by a British serviceman.

The bayonet itself is in very good condition, with lots of original finish. It is housed in its original scabbard, maker marked to the Matsushita Kinzoku KK Arsenal (National Denki).

One of those articles you wish could speak, because it has led a very interesting life.