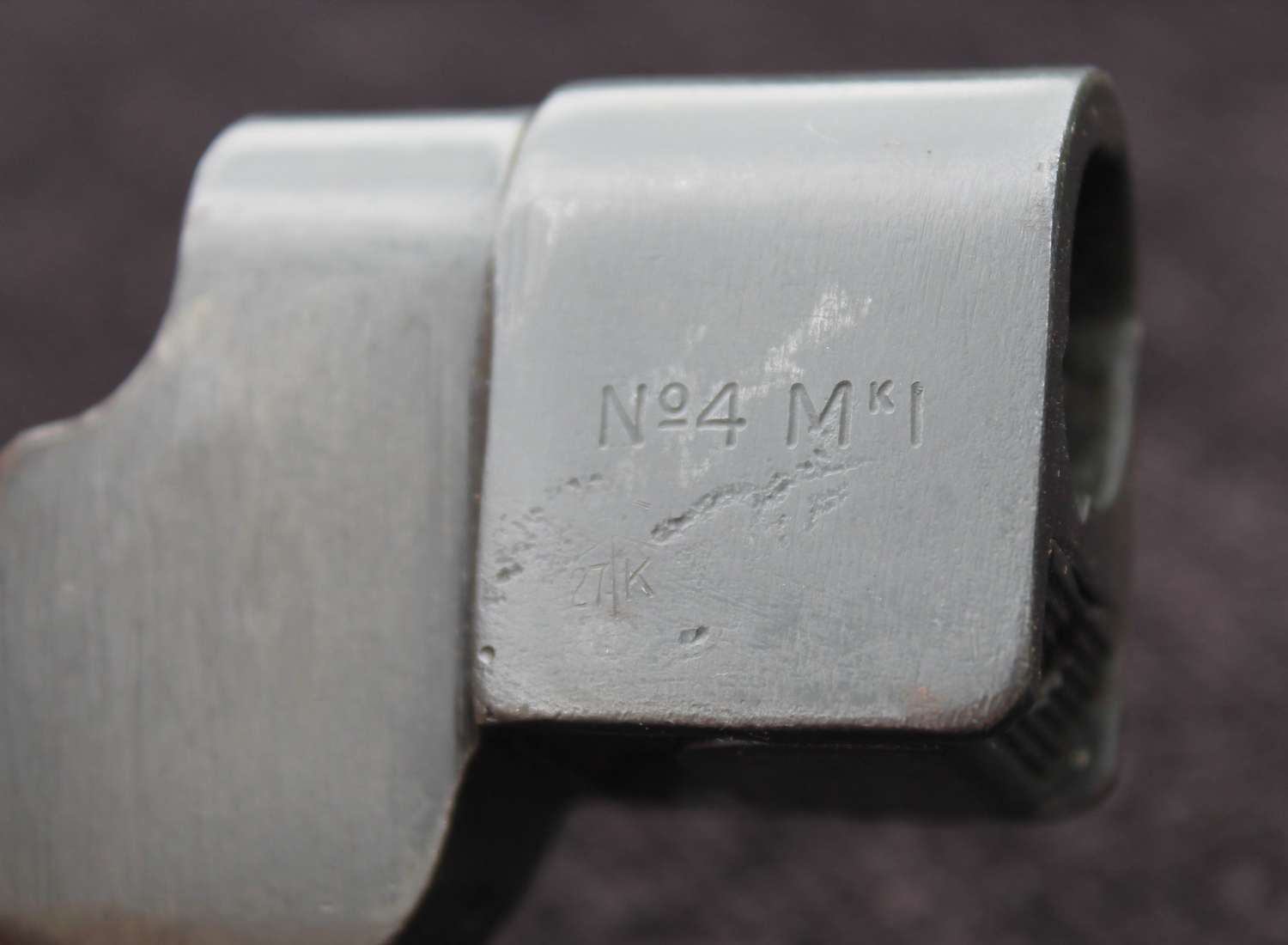 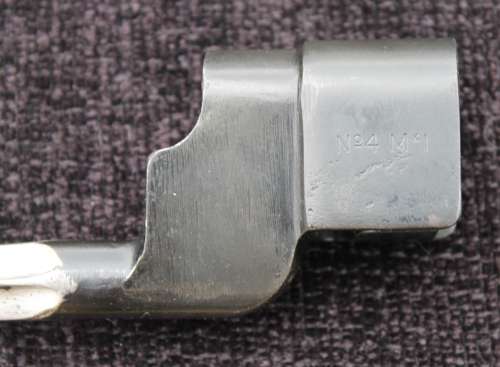 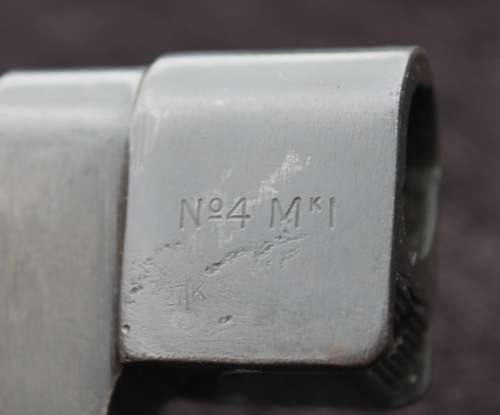 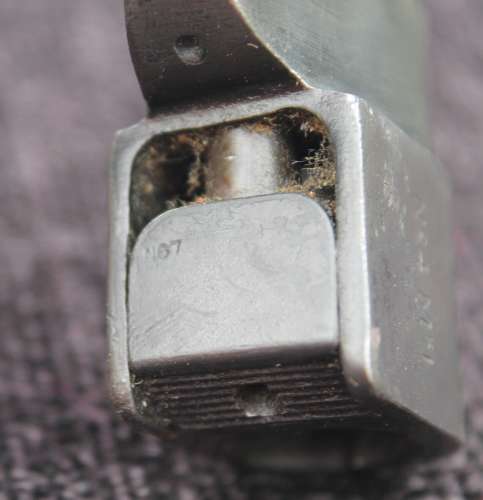 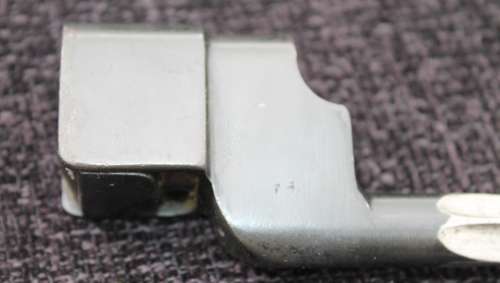 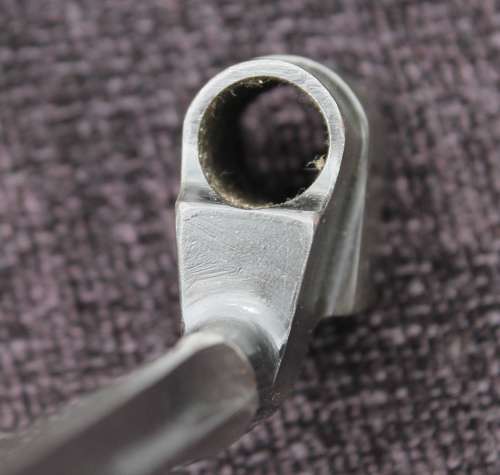 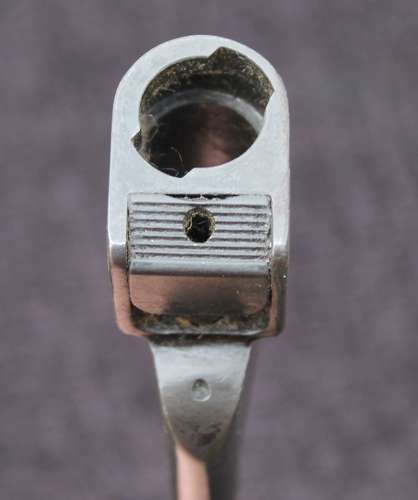 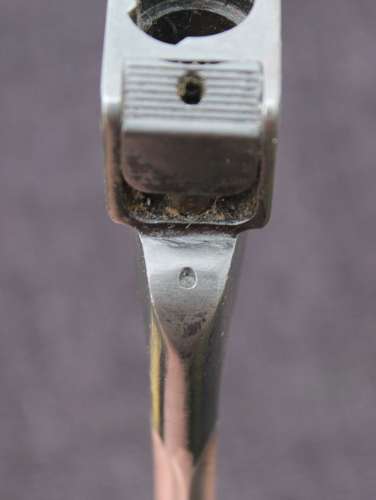 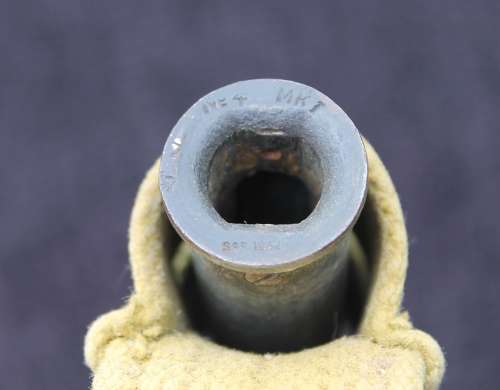 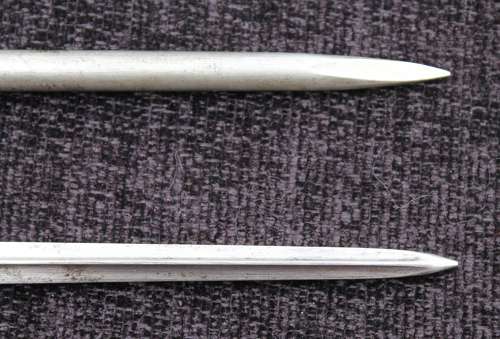 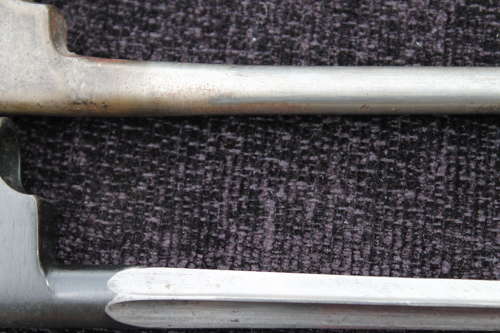 Page 223 of Graham Priest's superb reference work "The Spirit of the Pike: British Socket Bayonets of the Twentieth Century" tells us that the Bayonet service codes were altered in 1945 and again in 1946. This is recorded in the nomenclature of the Bayonet No4 MII* which carried an ammendment substituting Arabic numerals for Roman. E.g.  MK II became MK2.

Therefore this Singer produced No4 MKI, although officially declared obsolecent in June 1941, was for some reason still in stores after September 1945 along with a handful of others, and so had its old socket markings removed, and its new designation added, along with a new inspection stamp of  "27/|K"

There are relatively few of these officially altered bayonets in existance, making them something of a rarity.

The last three images show the bayonet in a side by side comparison with a No2 MK II for reference.